When I posted about the rise and fall of Dundas West , commenter Eli Budd rightly pointed out that I had failed to give props to Caffe Brasiliano. In fact, Eli's exact words were Caffe Brasiliano appears to be neglected from this blog for well too long. If more places were like Brasiliano, the world would be a better place.

While bettering the world might be overstating its case, there is no denying that Cafe Brasiliano is something of a neighbourhood gem, so I promised myself the next time I ate there I'd be sure to bring me camera along for the ride so I could pen this long overdue review.

So there I was, out on the patio at Musa last week enjoying a pint with a couple of friends when one of them suggested we head next door for some post-patio eats at Caffe Brasiliano. Finally my chance had arrived; so we downed our beers, paid our bill and sauntered over to 849 Dundas West to gaze at the chalkboard menu.

It was Monday and the special of the day was the filet of sole (pictured above). For $9 it came with as many sides that could fit onto the plate which in my case amounted to a good helping of chickpea salad, a basic green salad and some tasty-enough melange of vegetables. A friend of mine went for the same dish, but swapped the vegetables for some spaghetti with tomato sauce. The filet was fresh and delicious and not too greasy. 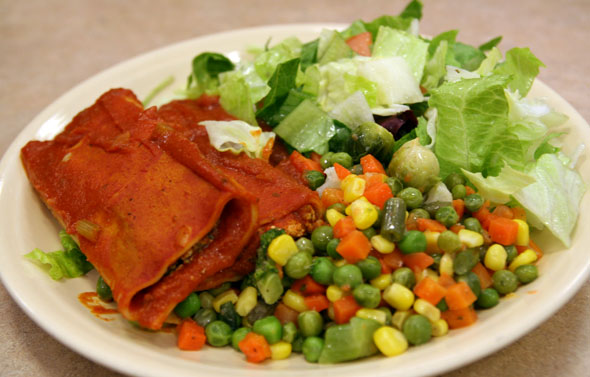 Elsewhere around the table, another friend was in an Italian mood and plated the aforementioned mixed vegetable and salad with three pieces of cannelloni. It came out a bit on the cool side at first but after a quick trip back to the kitchen it returned hot enough to his liking.

All and all it was another good meal at Caffe Brasiliano, a cheap and cheerful spot that doesn't try to do too much expect deliver hearty portions and good value. We're talking comfort food here, not some creation by a former sous-chef of Susur Lee. It's important not to walk in here expecting the world, and I wouldn't go as far as to say this is a destination place; but for a meal around $10 or less it's definitely a worthy option. 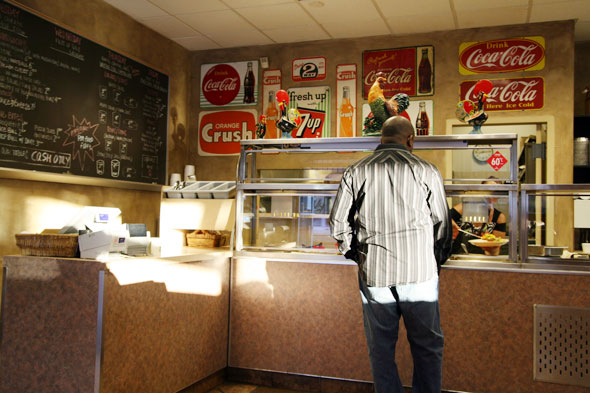 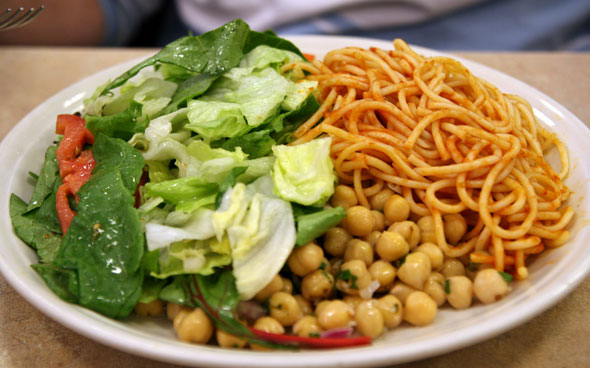 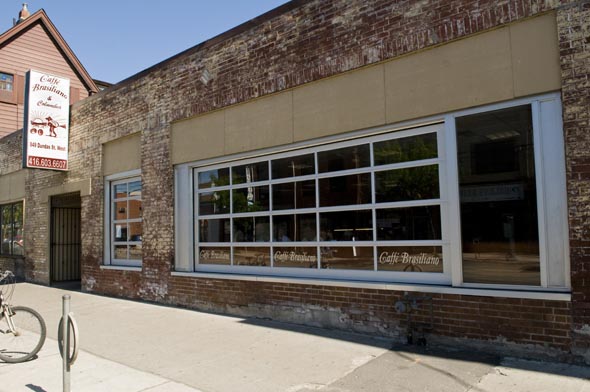 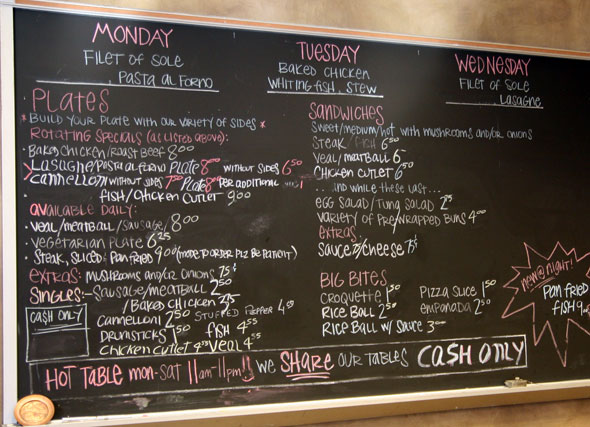 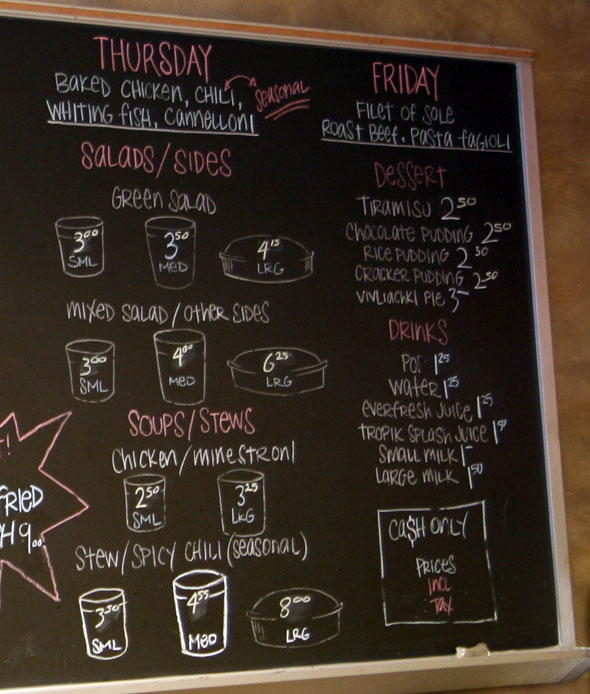