Buna is a sister cafe to next door Nunu Ethiopian Fusion, however has nothing to do with Buna's Kitchen or Iranian restaurant Banu located further east on Queen. Instead, it’s a powerful homage to Ethiopian coffee and the simple traditional roasting ceremonies of that region, meant to complement high quality beans. 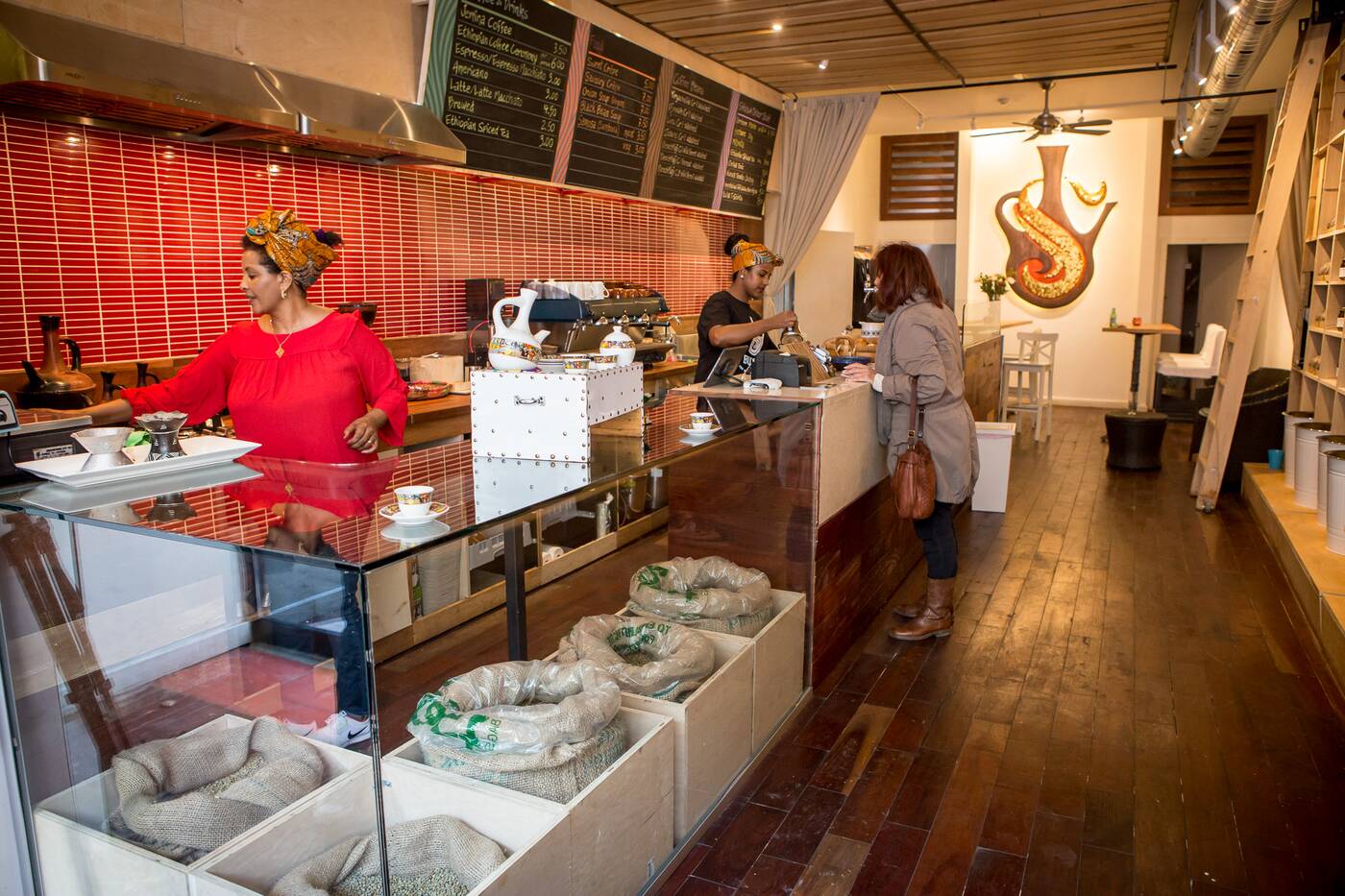 The interior is homey, modern, and exotic, with a giant logo at the back and bench seating with ledges surrounding the space, with long high tables at the back. 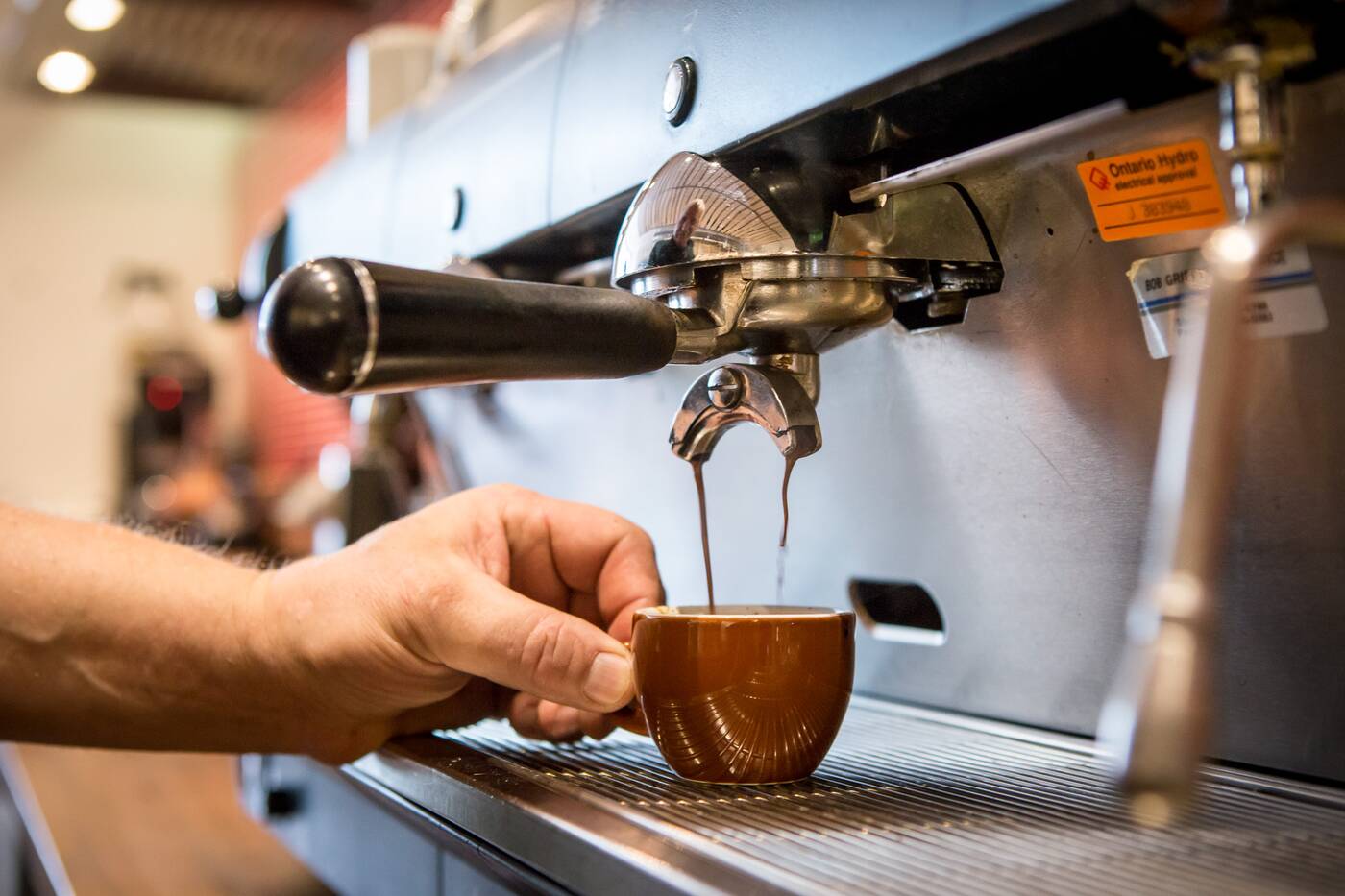 Coffee is hand roasted every half hour throughout the day, and you can consume it via an elaborate ceremony or as a quick modern espresso poured instantly. 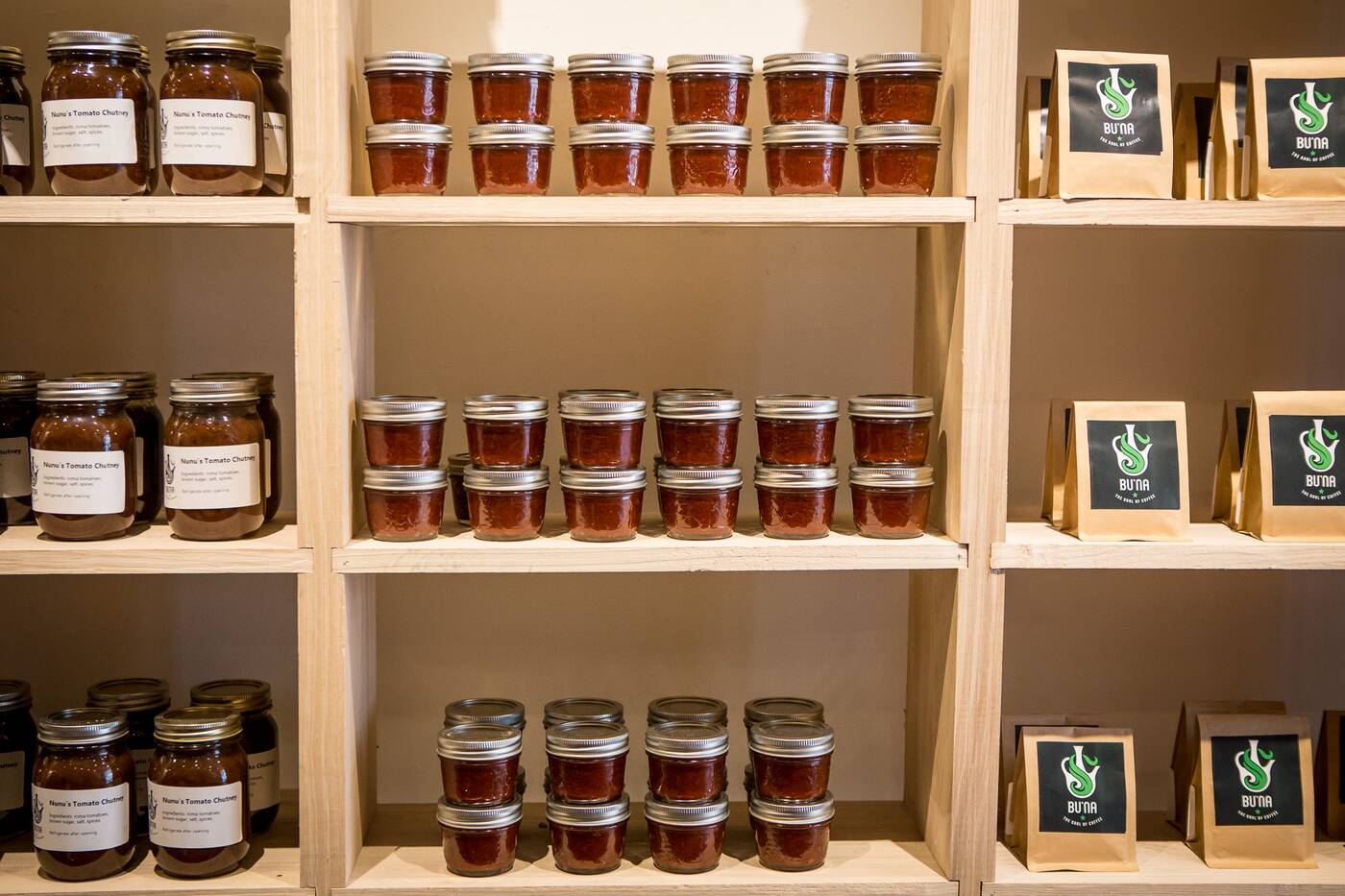 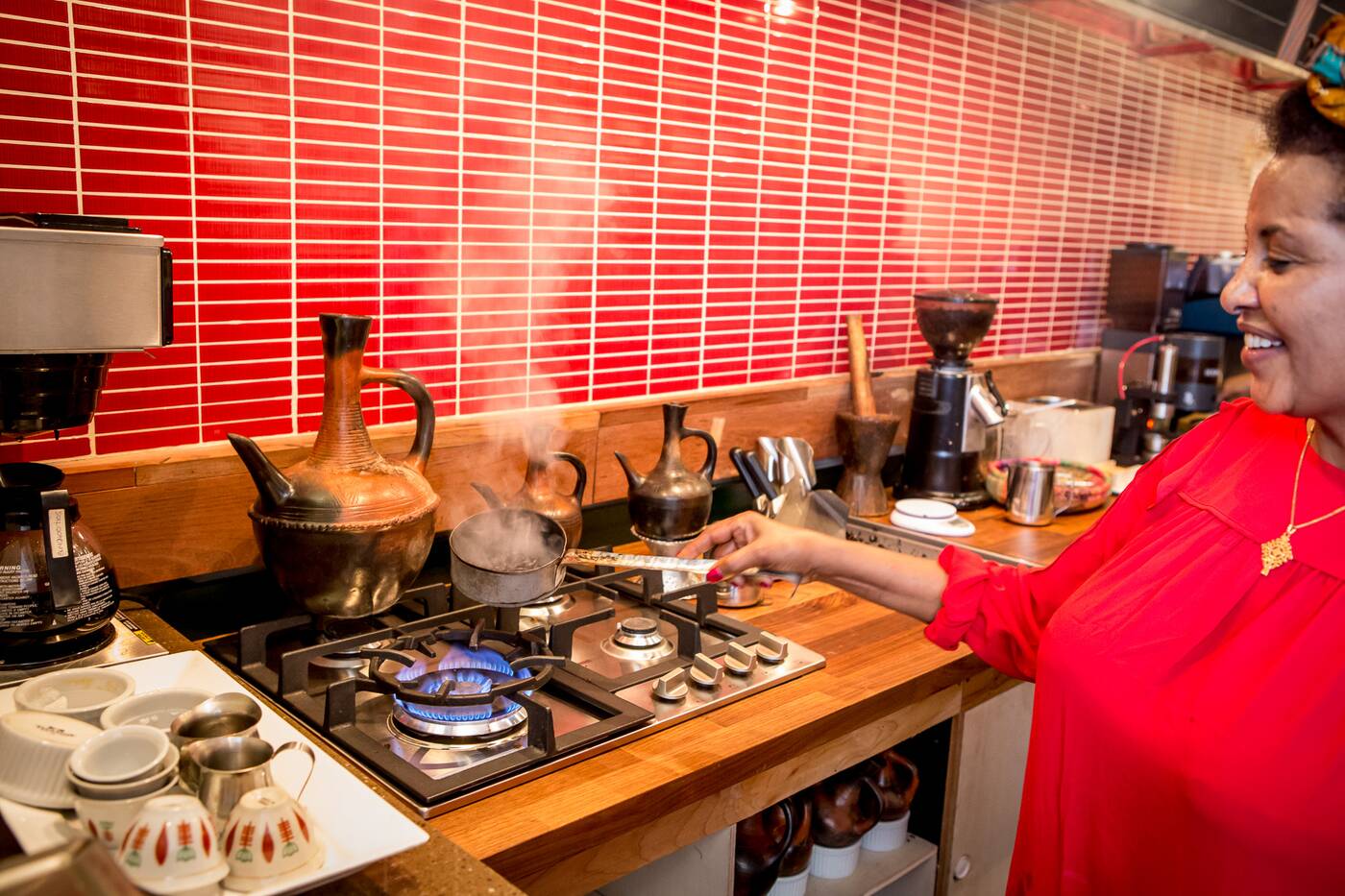 A full roasting ceremony doesn’t take long, and you can actually take a class that only takes several minutes teaching you how to roast your own coffee. They also offer a longer coffee sommelier class aimed more at folks in the industry. 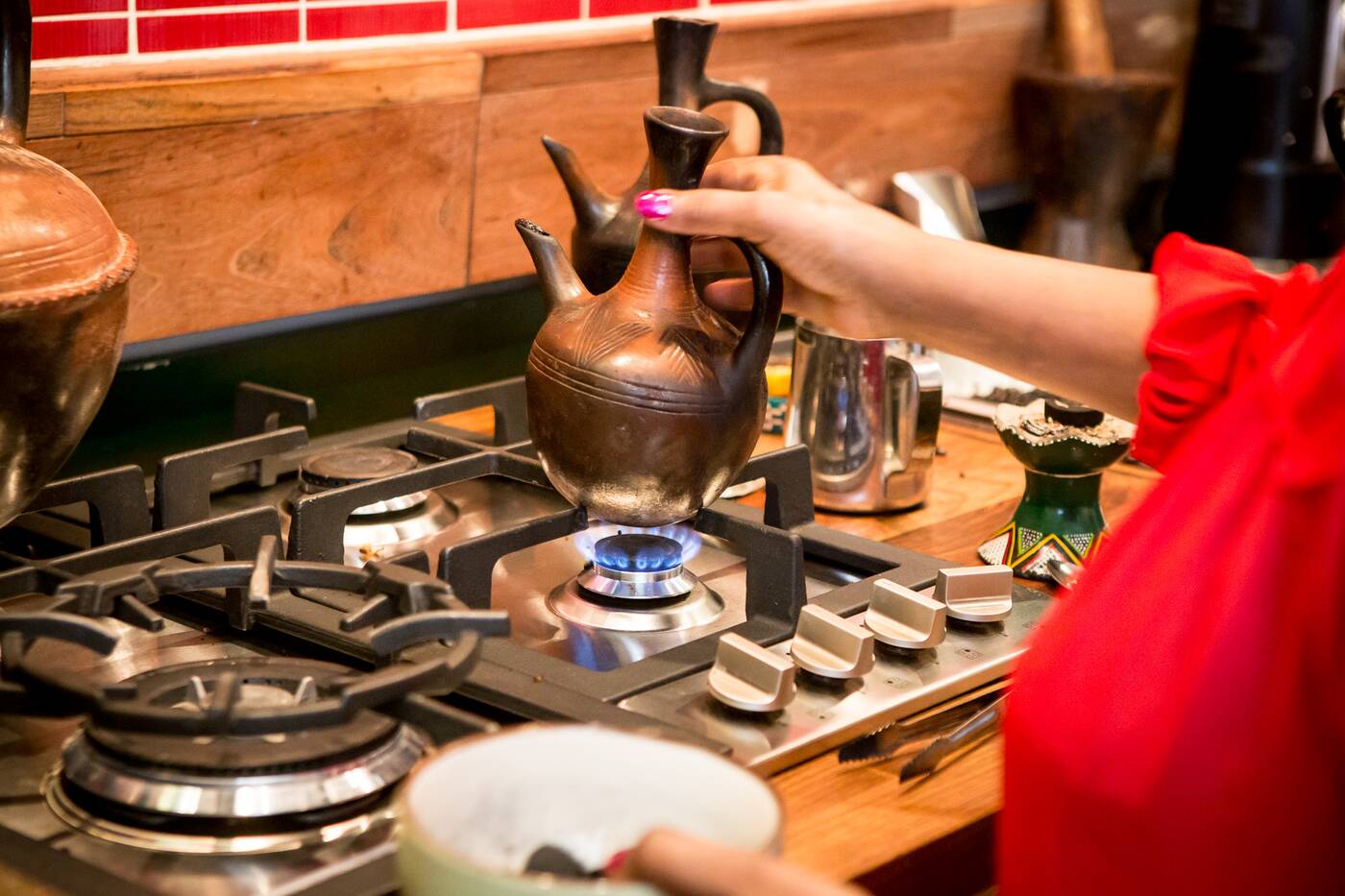 Coffee is roasted in nothing more than a small pan from green beans imported from a region in Ethiopia where they’ve partnered with a local farmers’ co-op who are the only ones allowed to enter an area where they can’t cultivate the wild organic coffee growing, only harvest it. 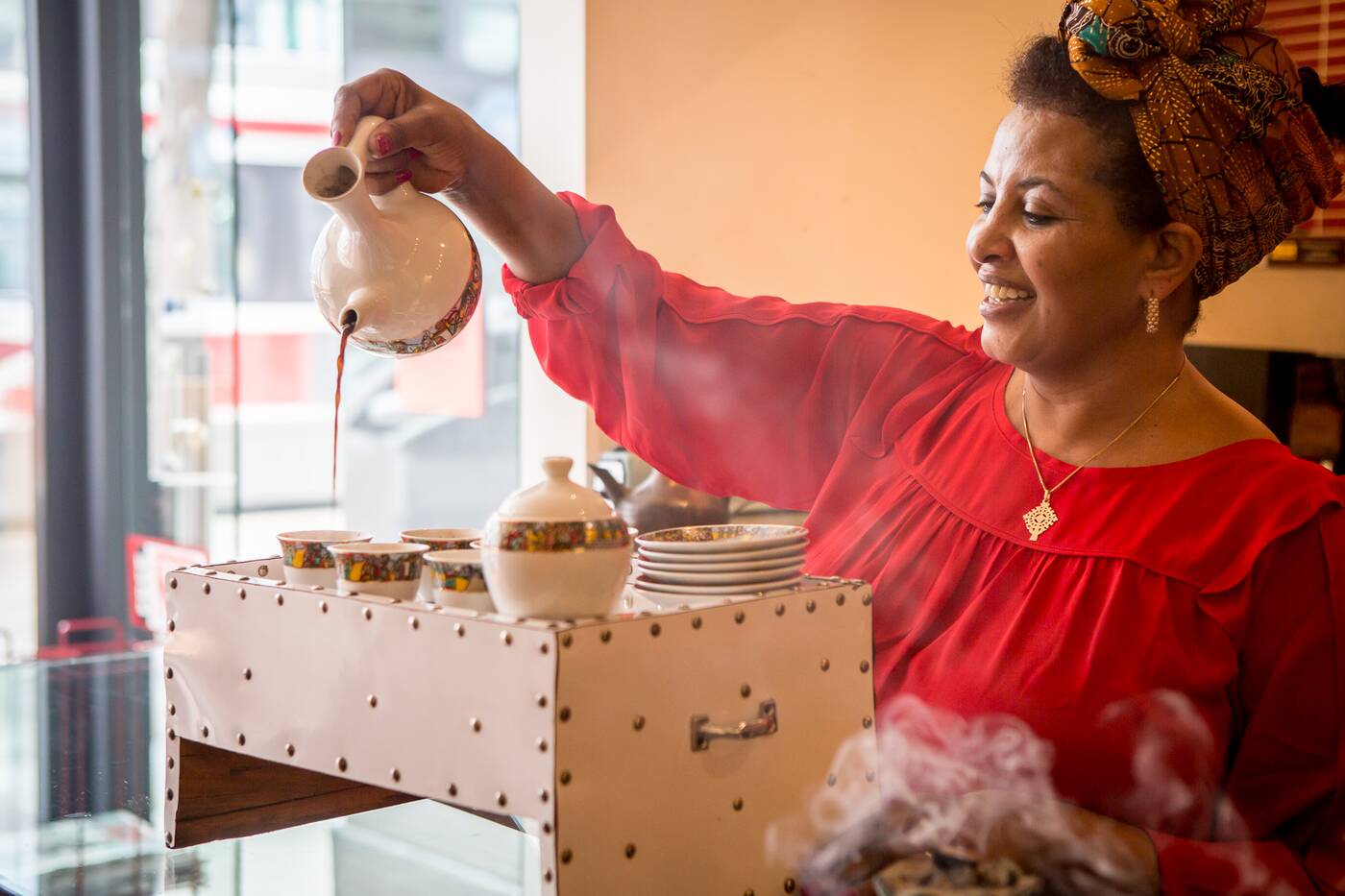 The coffee boils in a special traditional pot called a jebena imported from Ethiopia. For the ceremony the coffee is transferred to a different more presentable jebena and poured into tiny cups on a decorative table accompanied by burning frankincense to enhance the taste of the coffee. 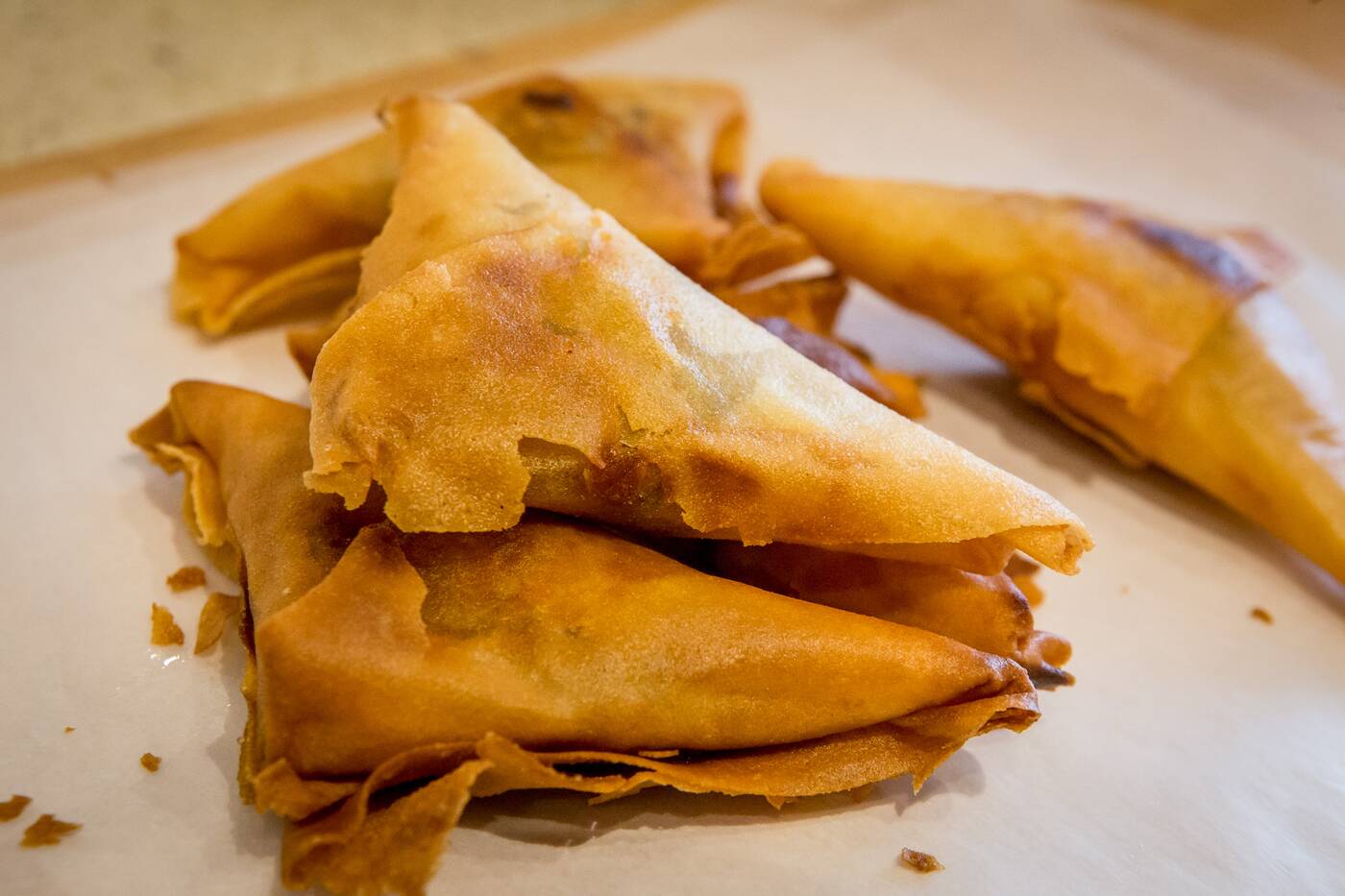 You can get little snacks here too like simple samosas that always come in a meat ($3.50) and vegan option ($3), filled with either ground beef or lentils respectively when we visit. 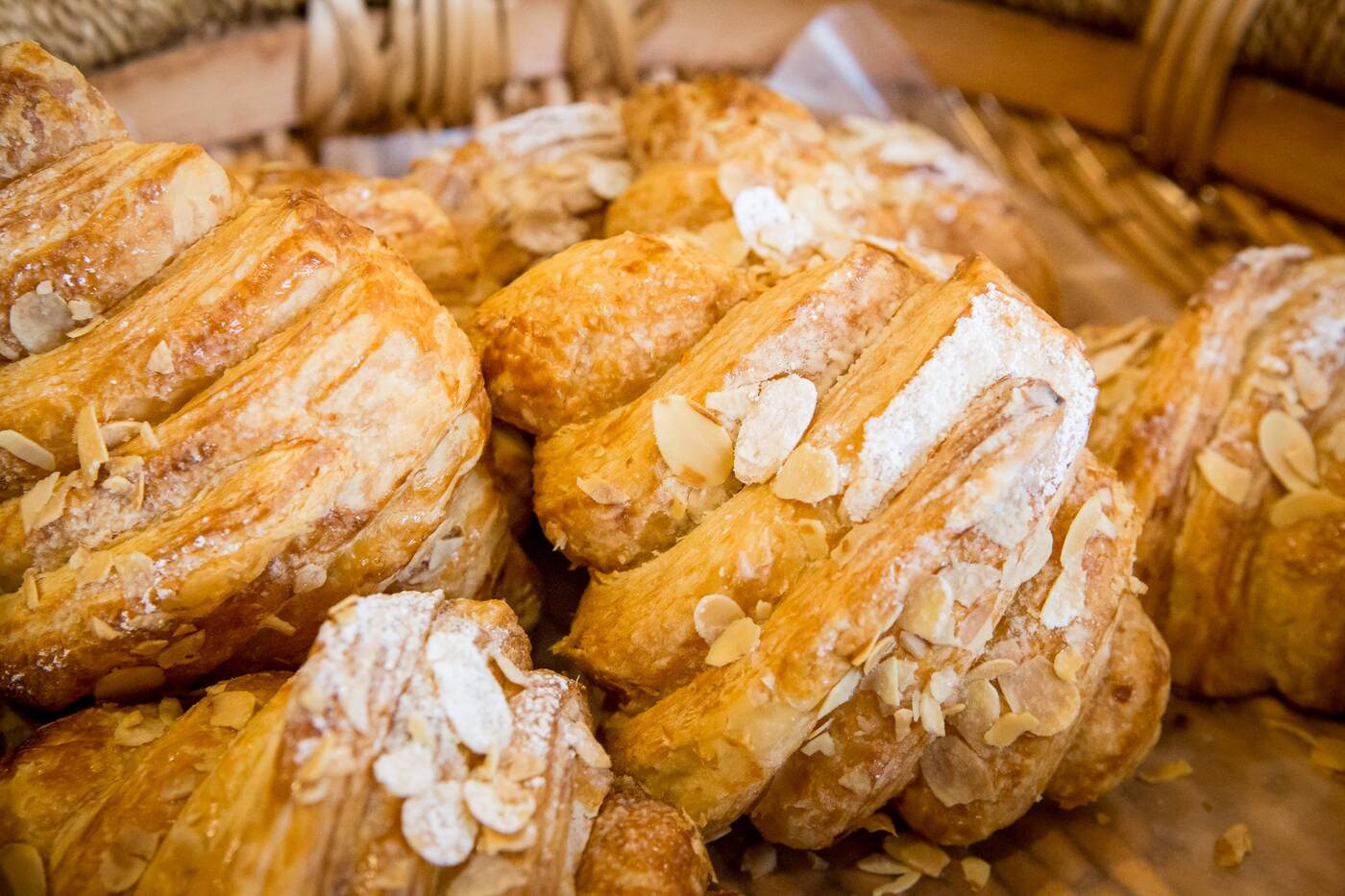 Baked goods come from Fantail, and the folks there have apparently been coming to Nunu for years. Sizeable croissants are around $2.95. 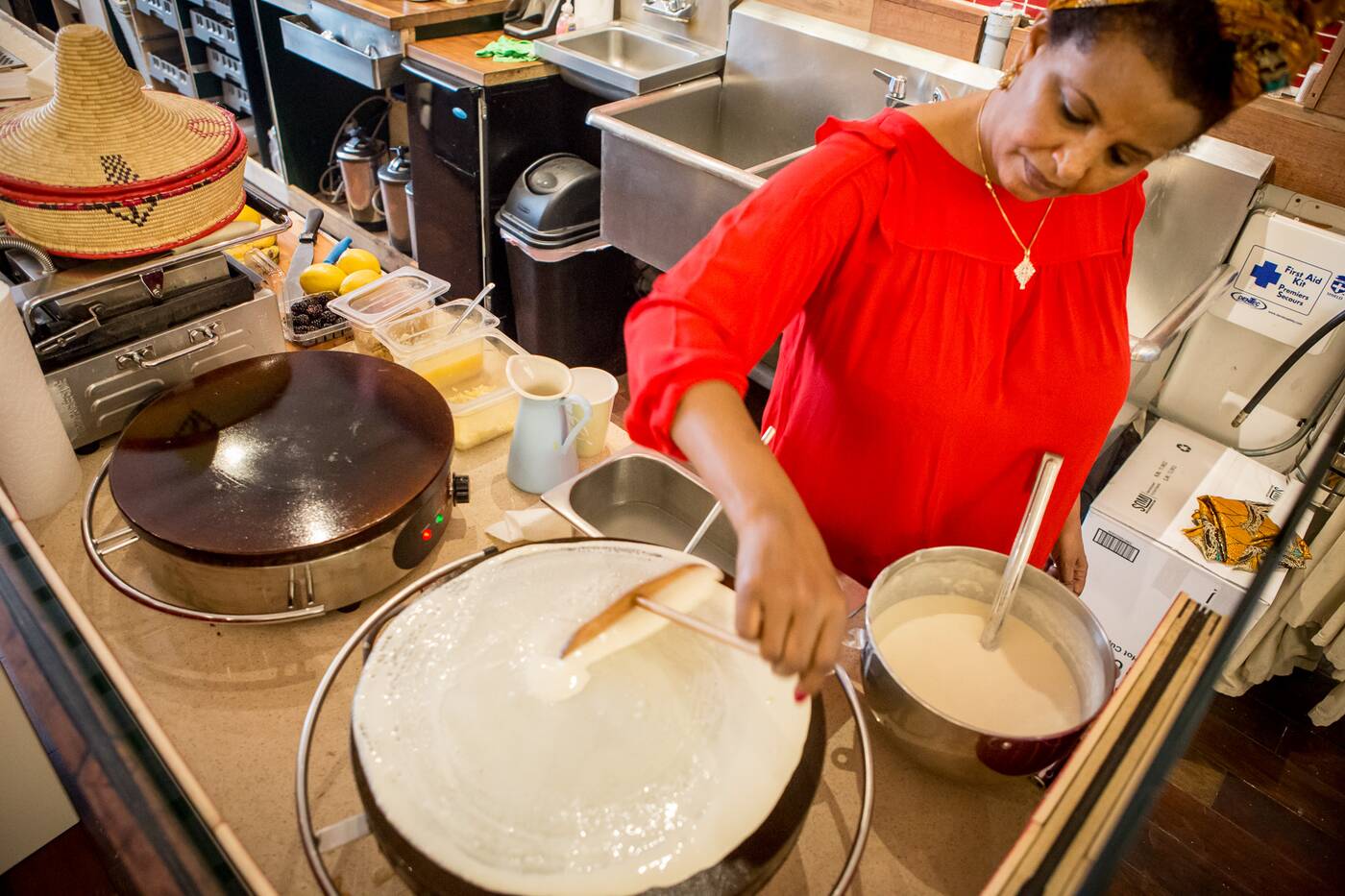 Sweet ($5) and savoury crepes ($7) are made fresh to order on griddles that are just as out in the open as the gas stove the coffee is roasted on. 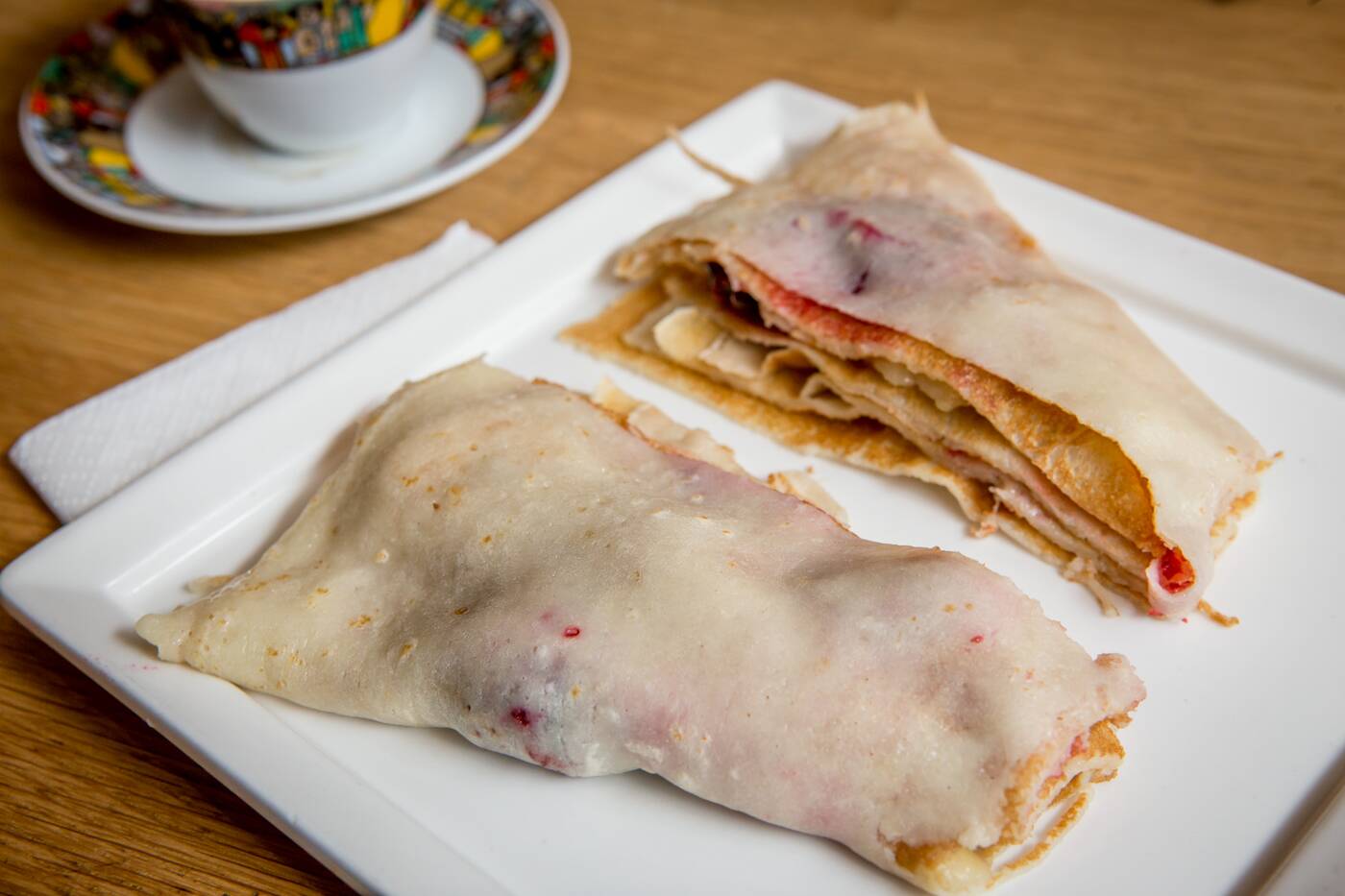 The sweet option is a quickly made comforting melange of berries, bananas and brown sugar. 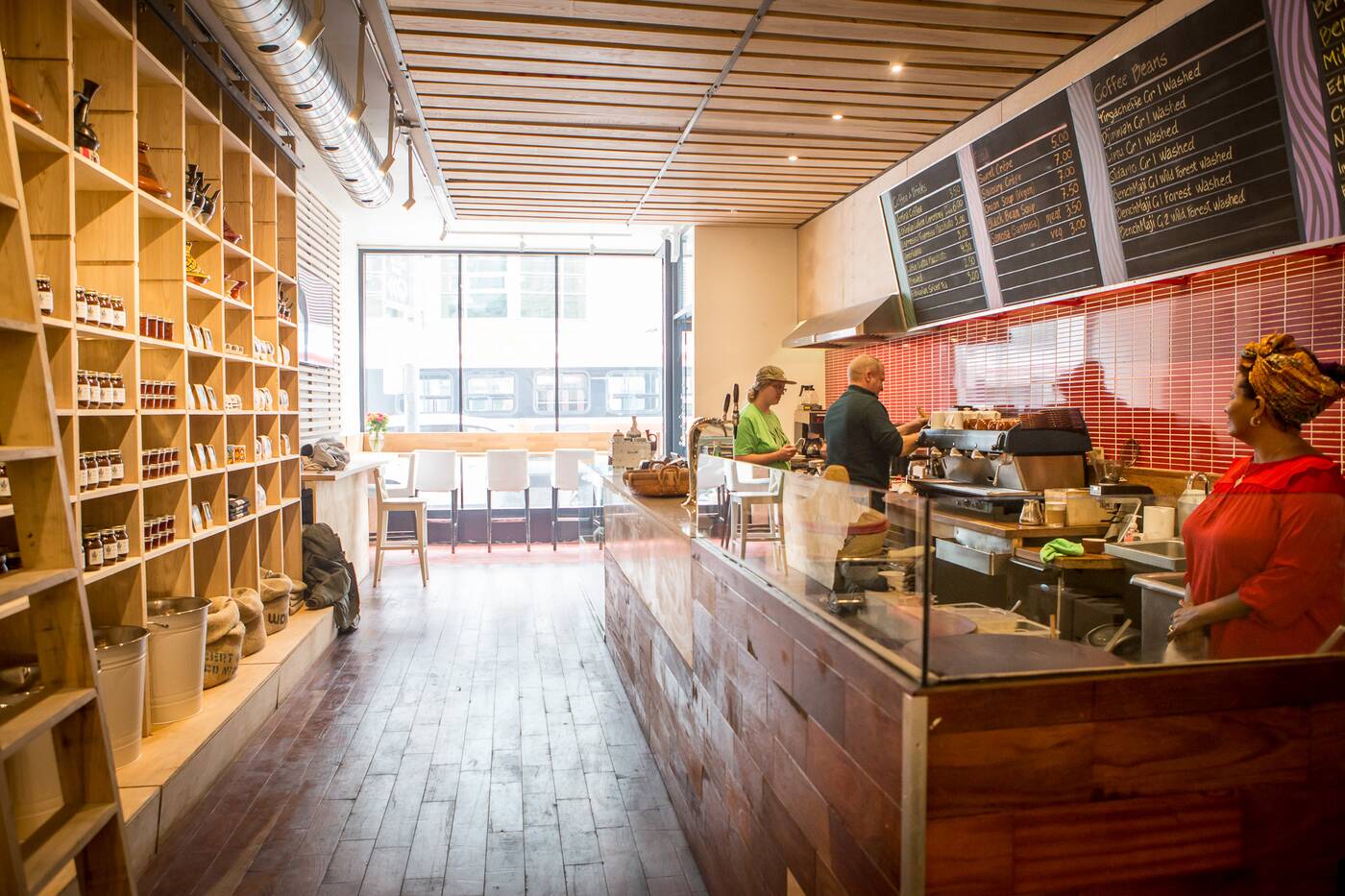 The space is replete with light wood which actually was salvaged from Chris’s parents’ farm, one of the last left in Oakville, whose trees were ravaged by the emerald ash borer and needed to be cut down. Light pours in through a window, and the room smells warm and toasty. 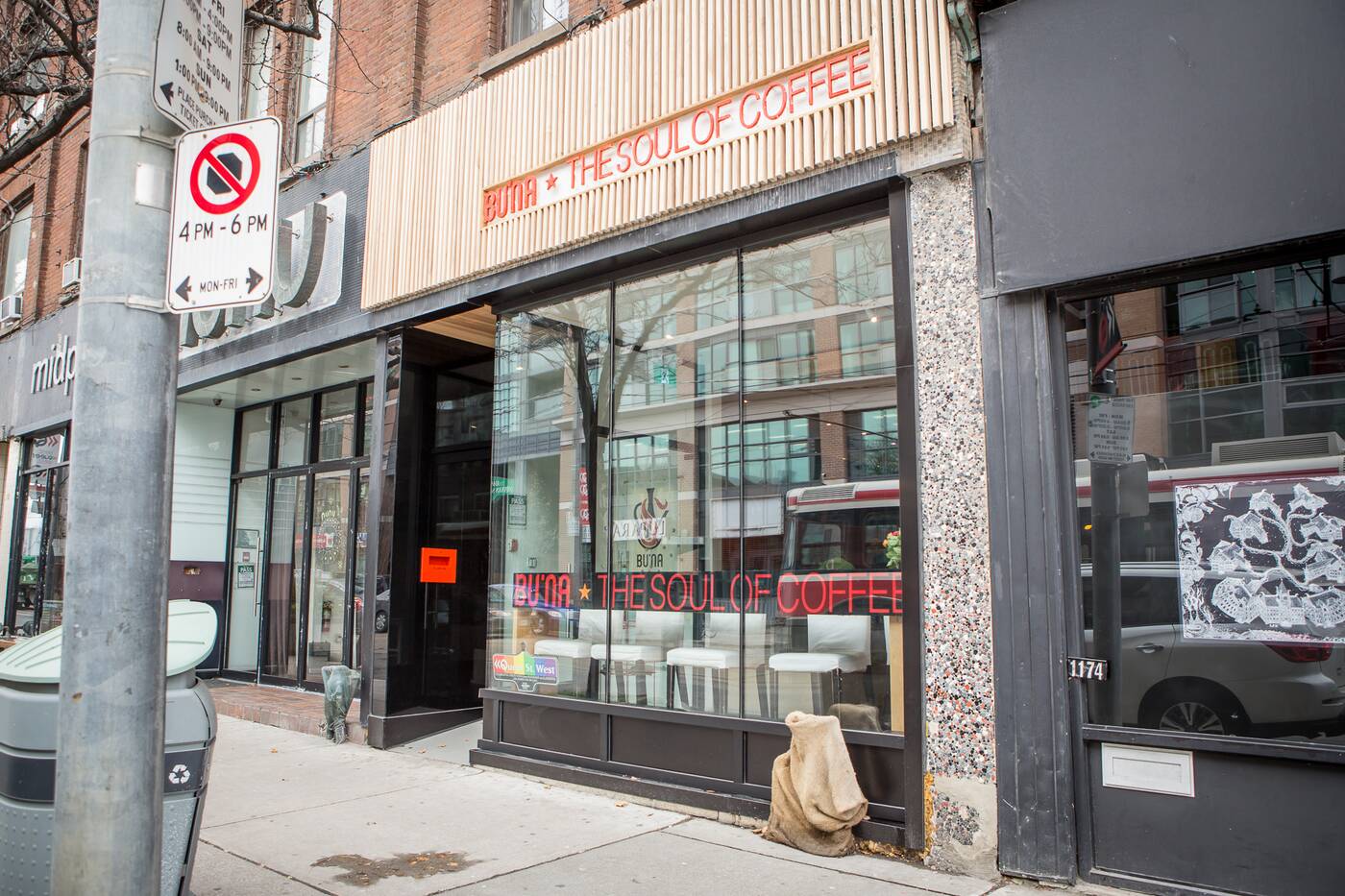