Bulldog Coffee is not without an extra shot of bad customer service (if the anonymous internet commentator brigade is to be believed), but on my weekday visit I found no evidence to support the horror stories. 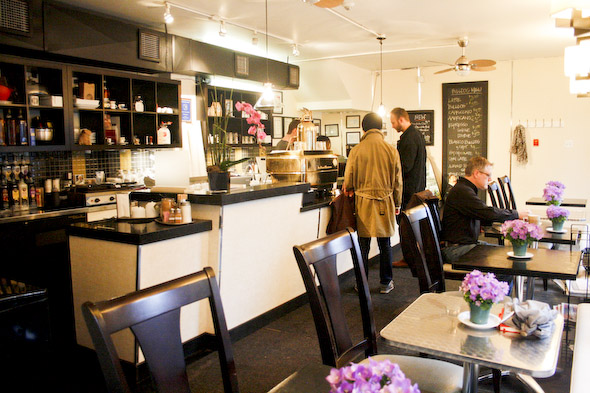 It's 8 a.m. and it's raining, and one by one customers file in - quiet and wet. Stuart Ross is behind the counter explaining to me exactly what makes Bulldog unique. It starts with a seven bean private blend from three different locations in Central and South America and Africa, and ends in an expertly pulled double shot espresso in sizes "Cappuccino," "Bulldog," and "Latte" depending on how much milk you prefer. As they walk through the door, customers light up at the smell of fresh baked croissants and Stuart's friendly greeting. 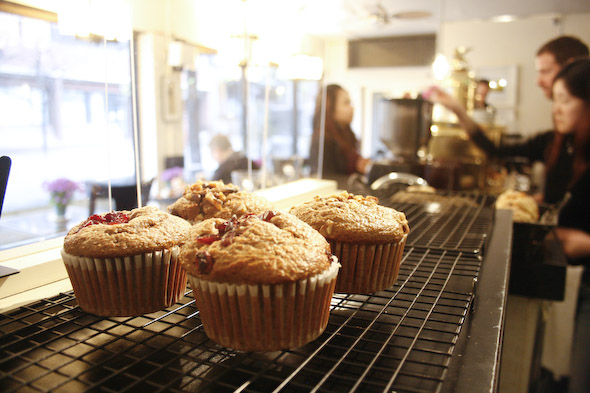 Six years ago, while out walking dogs, Stuart came across the former beauty salon/convenience store space for lease at the corner of Church and Granby, just a block south of Maple Leaf Gardens. Boatloads of training from Canadian National Barista Champ Sammy Piccolo and a few Barista Championship titles later, he considers himself to be the godfather of the third generation indie coffee scene in Toronto and has turned out baristas that have gone on to start other well known cafes around the city, like Mercury and Dark Horse . Curious though, that Bulldog is not a member of the newly formed Toronto Coffee Conspiracy of which Mercury is a member. 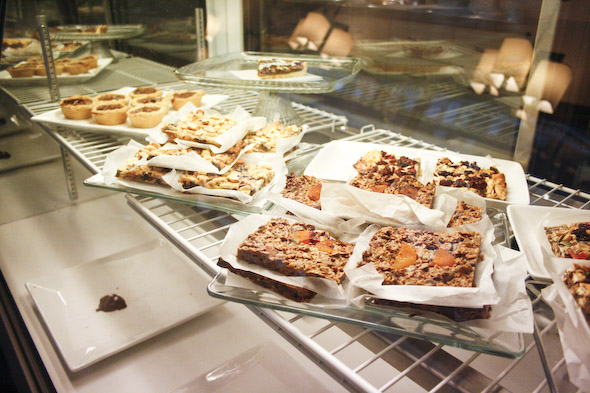 For $3 you can fill yourself up on any of the treats in the fridge case, but the showstoppers are the fresh baked croissants and pain au chocolate, that fill the air with that distinct smell of "I really shouldn't eat this for breakfast but I'm going to anyway" yum. 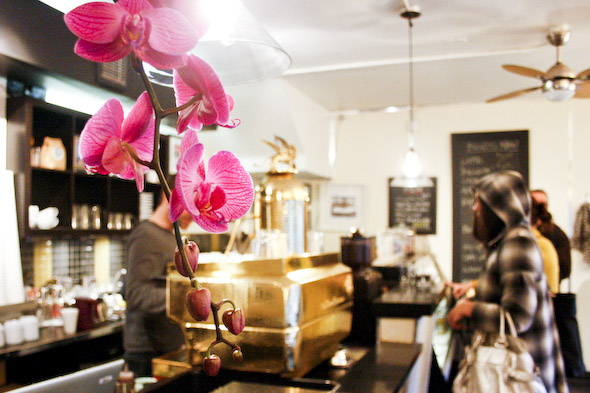 Also at the $3 price point are hot drink offerings typical of what you'd expect in a coffeehouse (espresso, cappuccino, macchiato, etc.), and if you ask, Stuart will draw you a bulldog in your cup using the thick and rich crema that tops up your hot beverage. There is a fair trade espresso option, as well as an assortment of basic teas. For more adventurous types, try the specialty "Chocolate Chai" or the "Blanco Bulldog" - a white hot chocolate with a shot of espresso for $4.50. 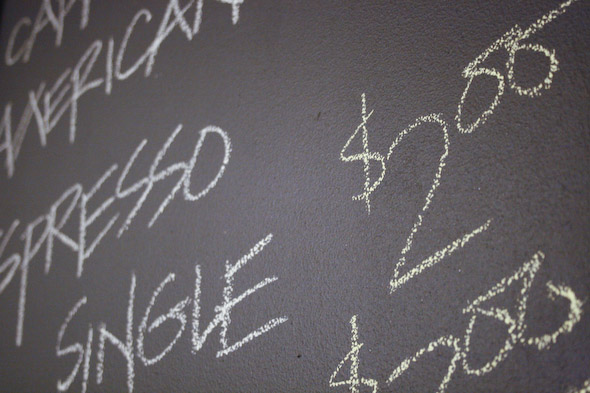 Perfection and a commitment to the coffee experience, from the moment you smell it to the way it coats your mouth "like velvety smooth pajamas wrapped around your tongue" is what makes Bulldog stand out from pack. Bulldog is open 8 a.m. to 7 p.m. on weekdays, 10 a.m. to 7 p.m. on Saturday and 10 a.m. to 4 p.m. on Sunday. There's a patio on the sidewalk, and extended hours in the summer. 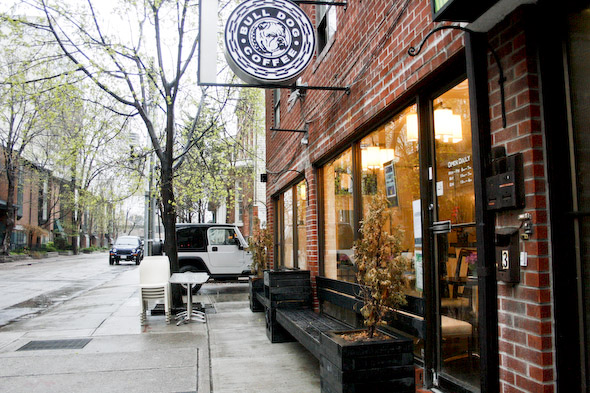