Bluestone Lane is an Aussie-style cafe brand, though its origins and roastery are actually based in New York.

This Toronto location is their first ever for Canada, with many others scattered throughout the States including a handful in California. 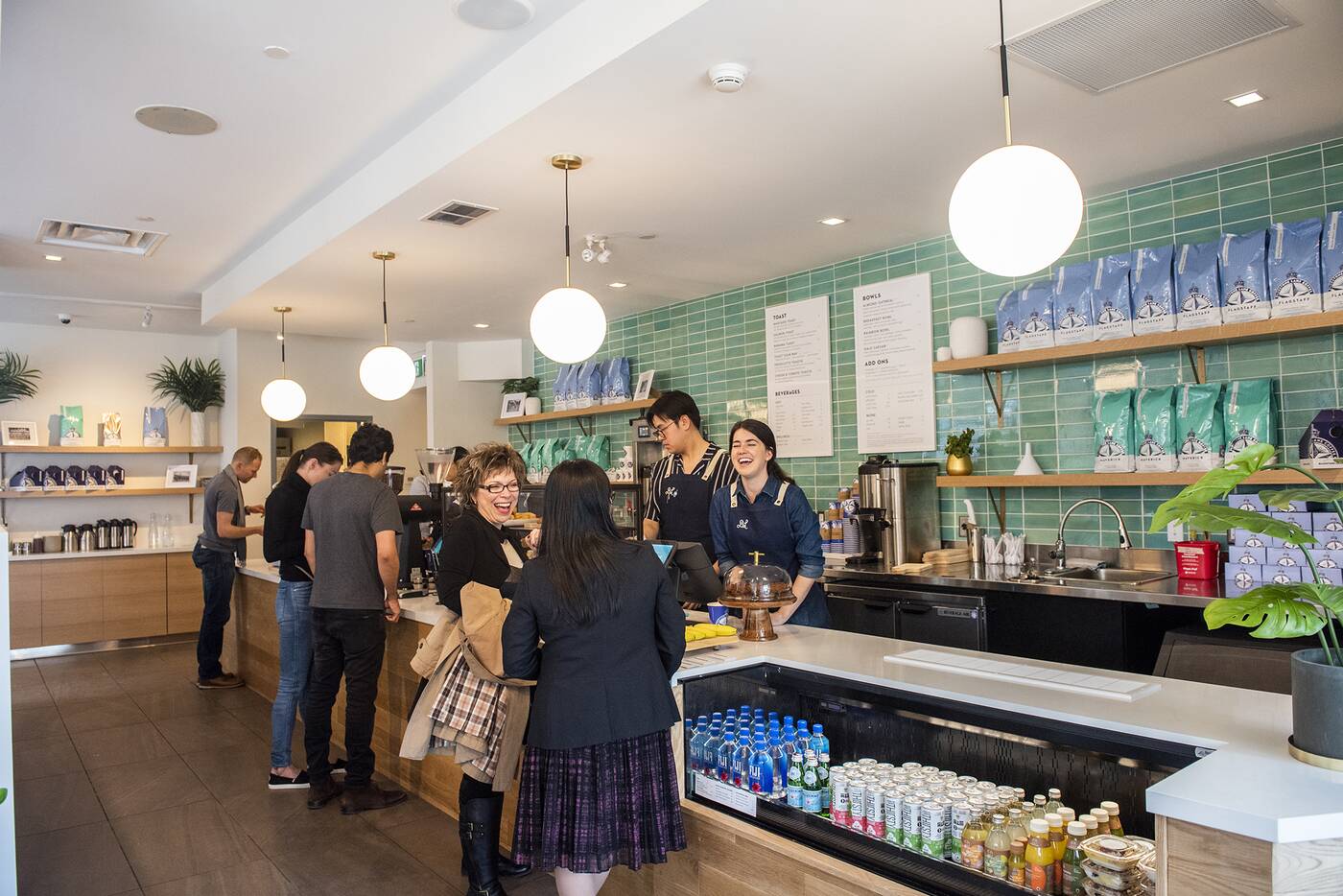 The space was formerly home to a Lavazza cafe, and has been given a dreamy Bluestone makeover with lots of shades of blue and boho chic touches like plants, pillows and organic fixtures. 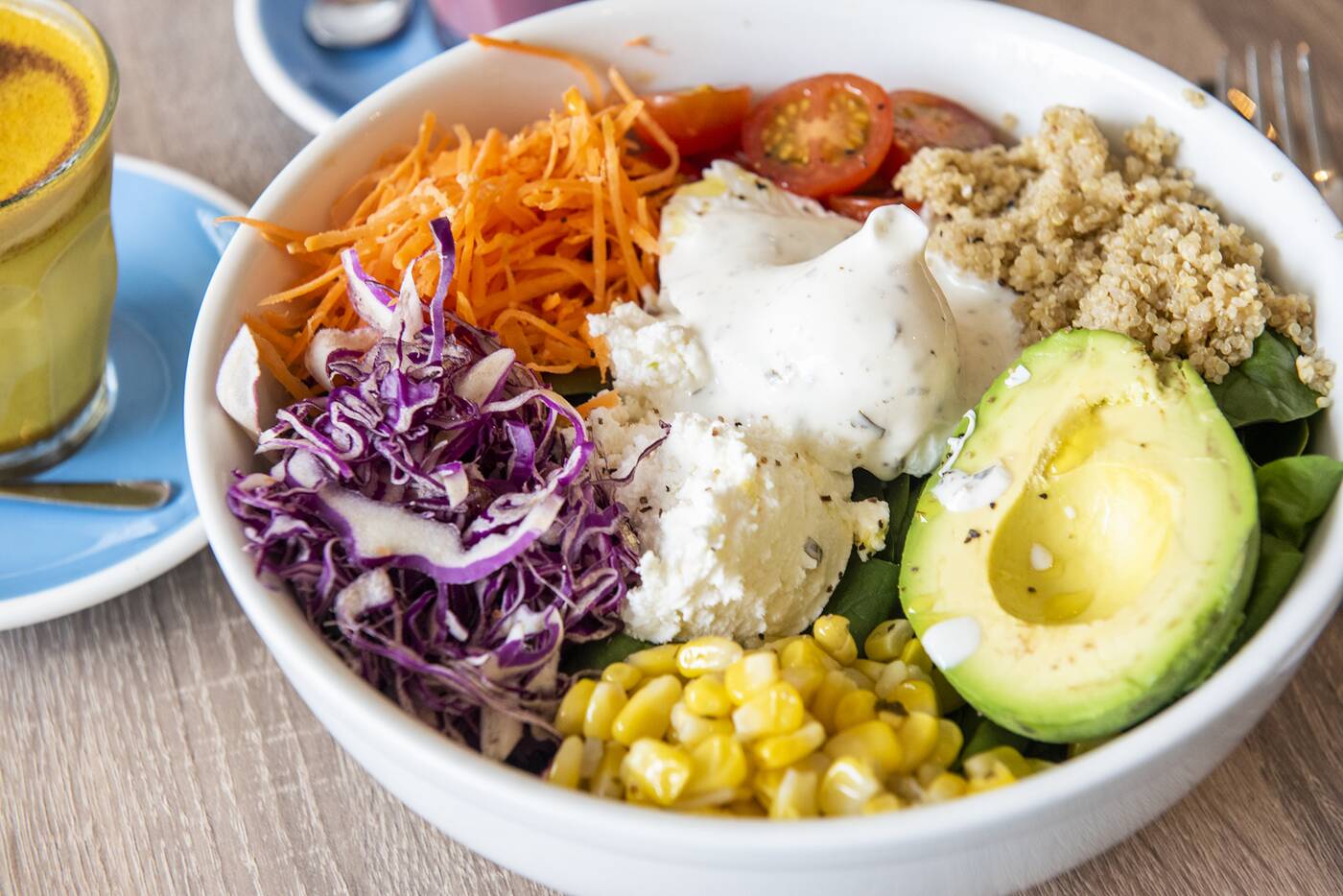 A Rainbow Bowl ($12) is one of the signature items here, a base of spinach topped with a colourful ring of avocado, red cabbage, cherry tomato, white quinoa, house corn salsa, creamy feta and a poached egg.

There's also a tasty house herb yogurt dressing, though it might be good to have more of it on the side to dress the dry spinach at the bottom of the bowl. 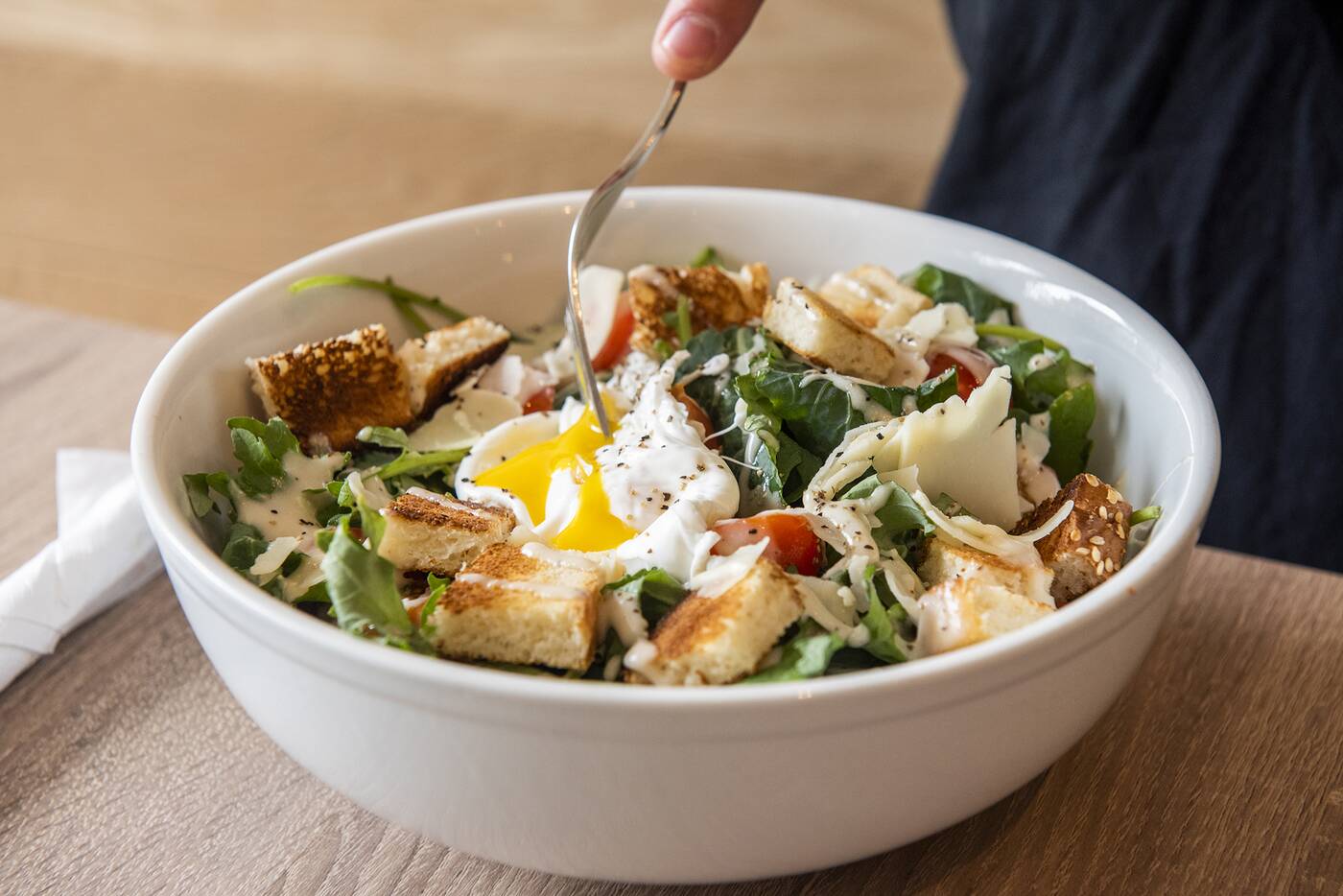 The Kale Caesar ($11) has a similar issue with a house Caesar dressing, but otherwise is a hearty and simple combination of kale, heirloom tomatoes, Parmesan, soft and toasty croutons and a poached egg. 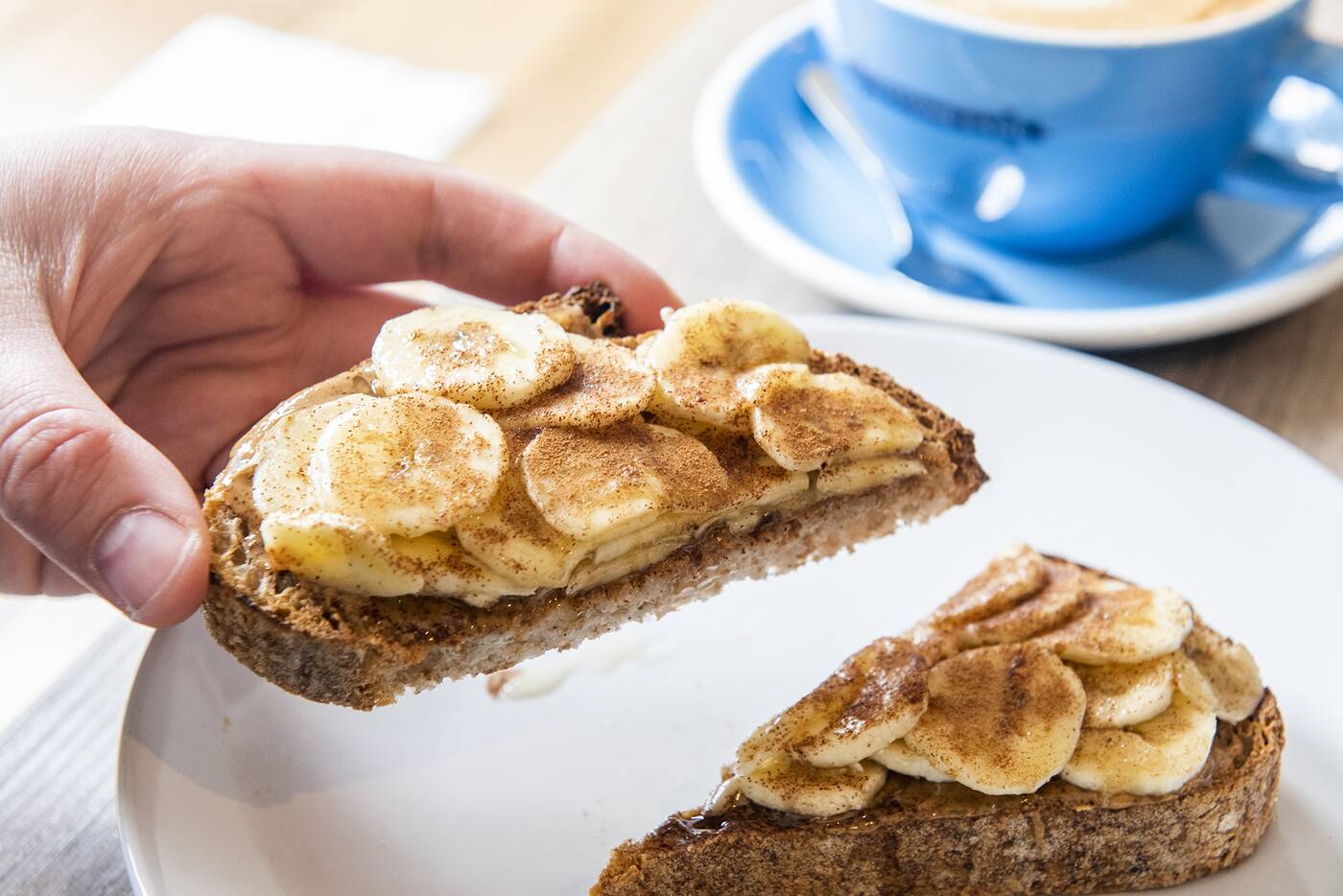 Banana Toast ($5.50) is part of a selection of sturdy but soft multigrain toasts, topped with almond butter, cinnamon, honey, and an entire banana. 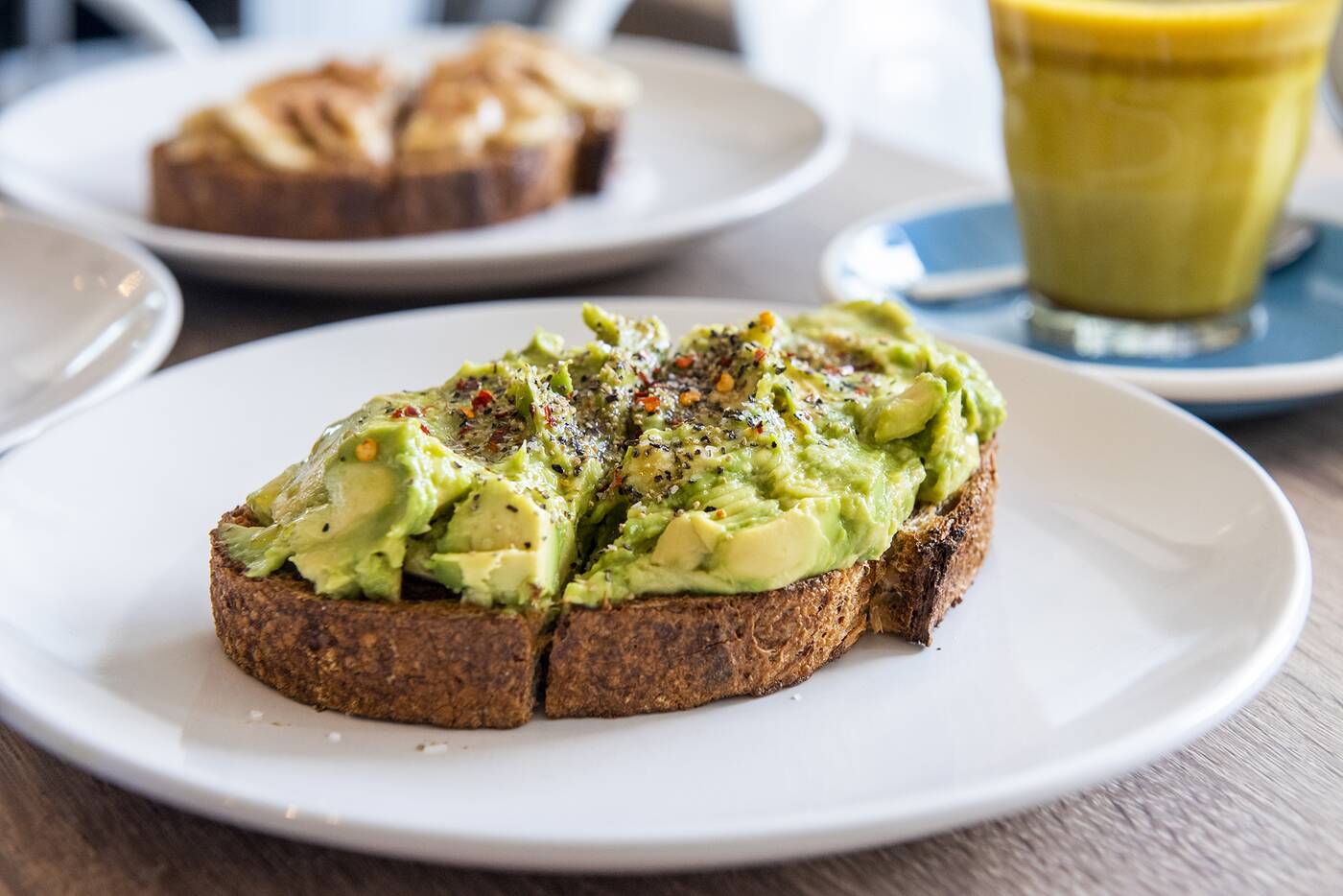 Avocado Toast ($8) is similarly topped with an entire avocado that's smashed and chunky rather than mashed into a puree and finished off with lemon juice, olive oil, chili flakes and salt. 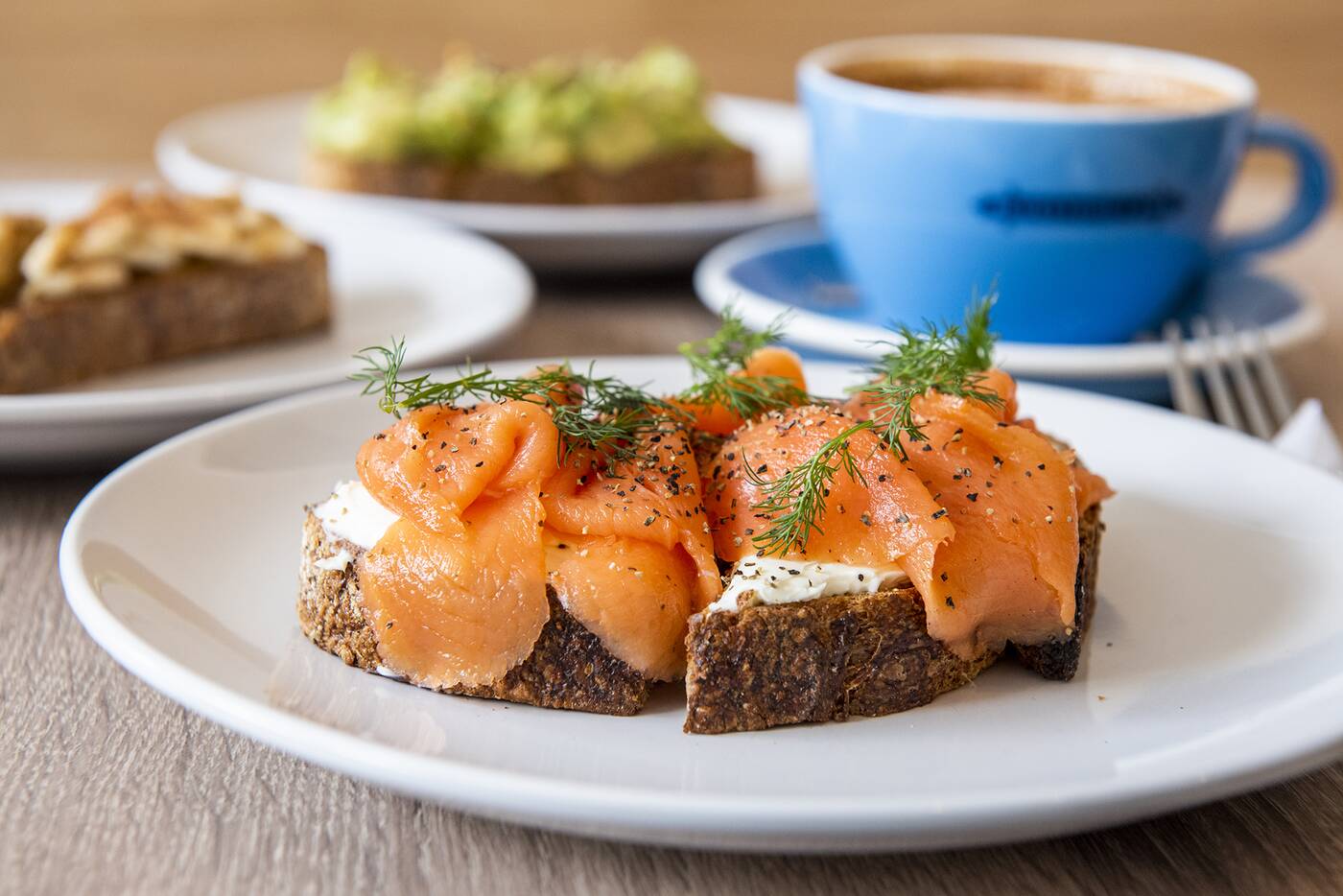 Velvety salmon from BC is piled onto another toast ($9) with tangy cream cheese, dill, cracked black pepper and lemon juice. 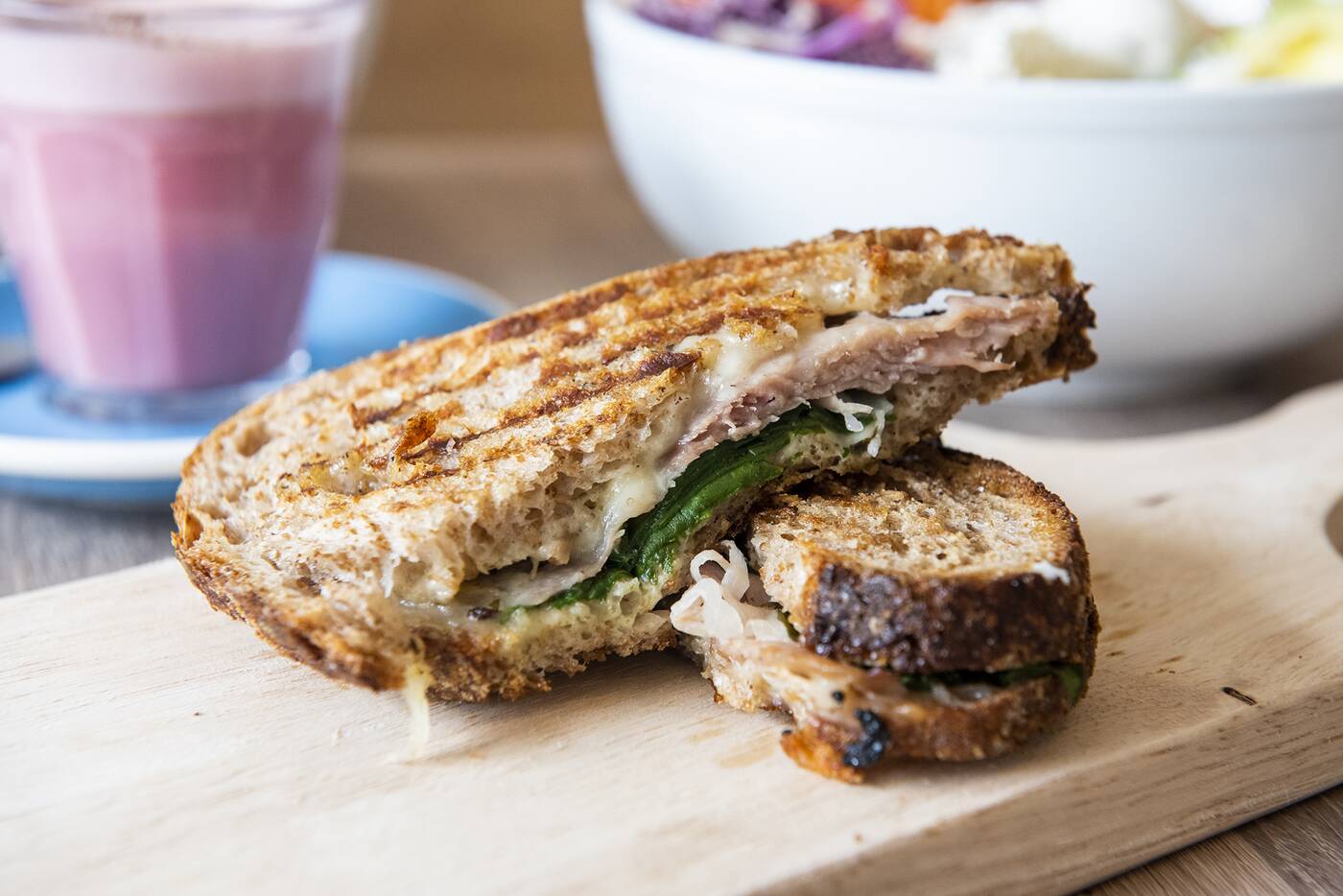 "Toastie" is essentially code for sandwich here, $10.50 for one with prosciutto, spinach, tomato, provolone and chimichurri. 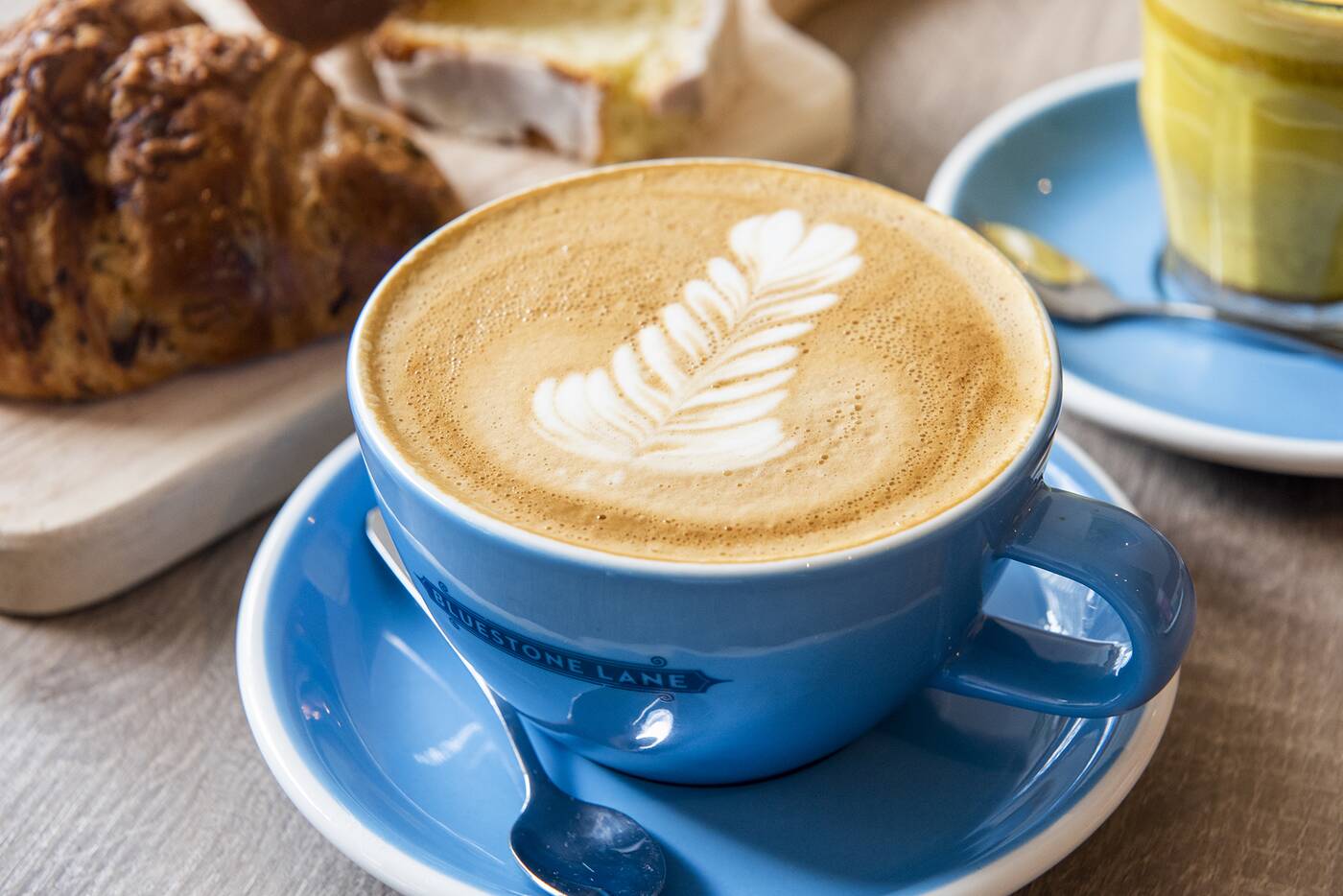 Lattes are $4 and come with stellar art, Bluestone's Maverick roast used for all milk-based drinks because of its dark, chocolatey flavour. 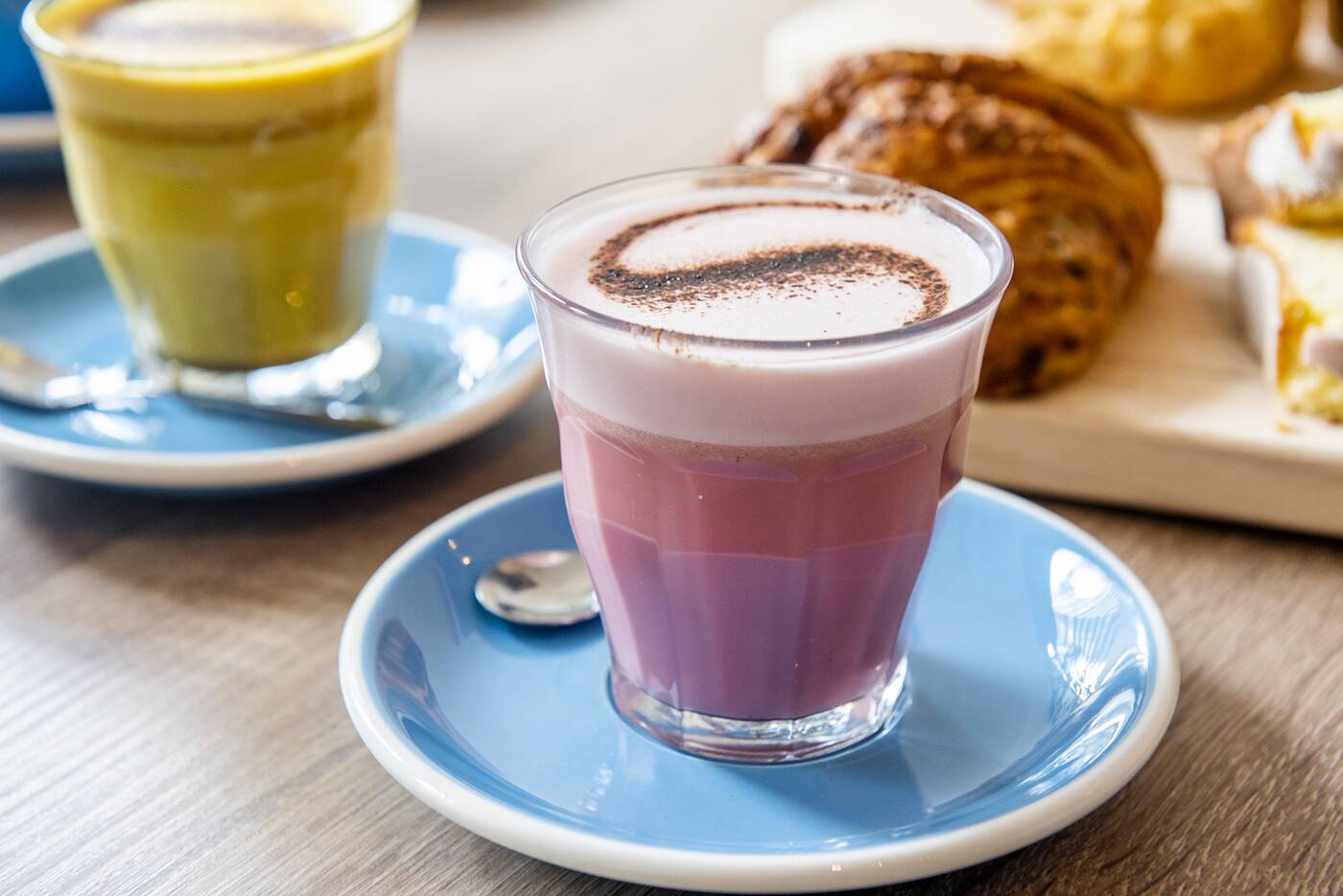 Decaf almond milk "Wellness Lattes" are $5 across the board, in varieties like beet and matcha. 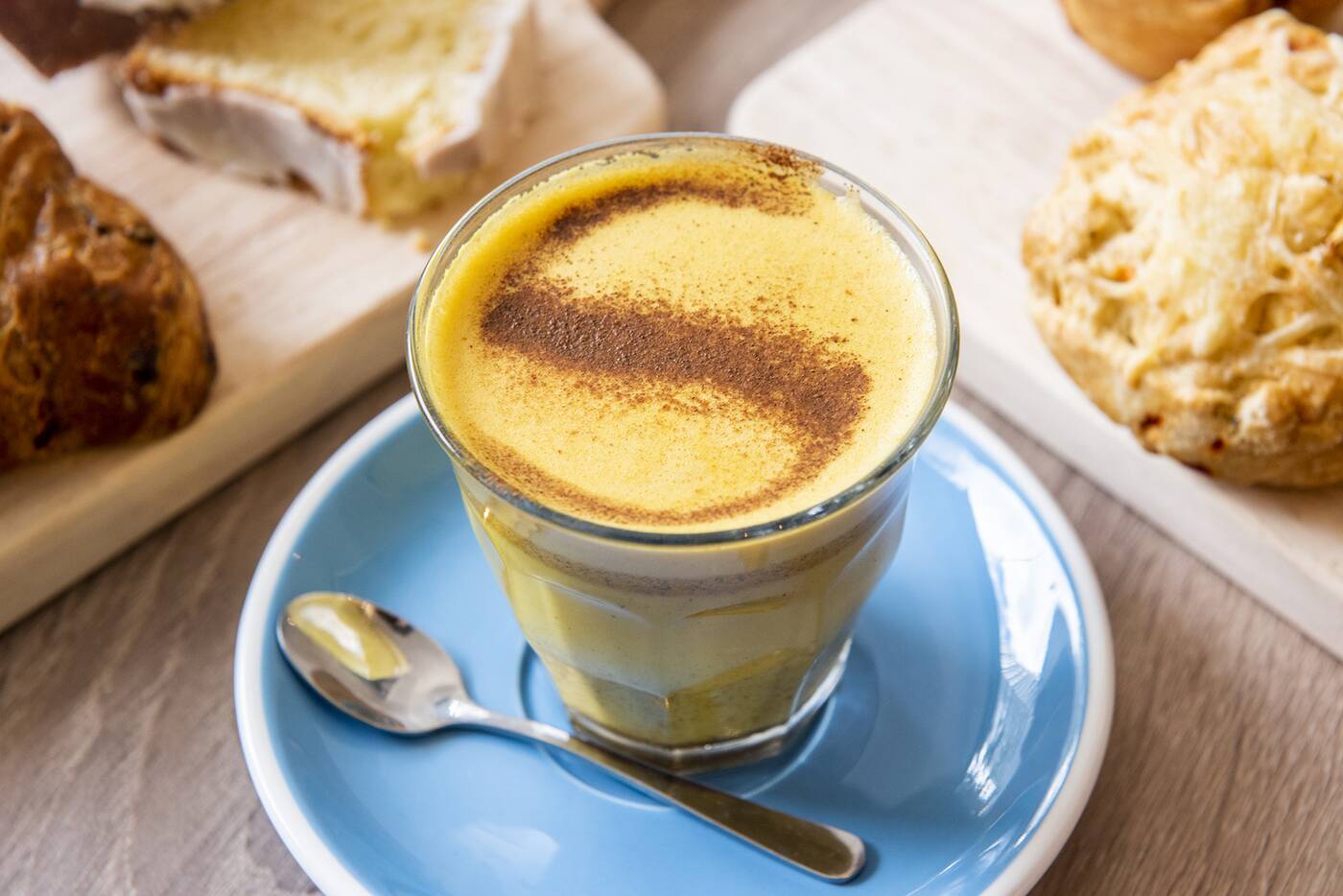 A Golden Latte is made with turmeric and topped with cinnamon, all Wellness Lattes made using Bluestone Lane's own special powder mixes. 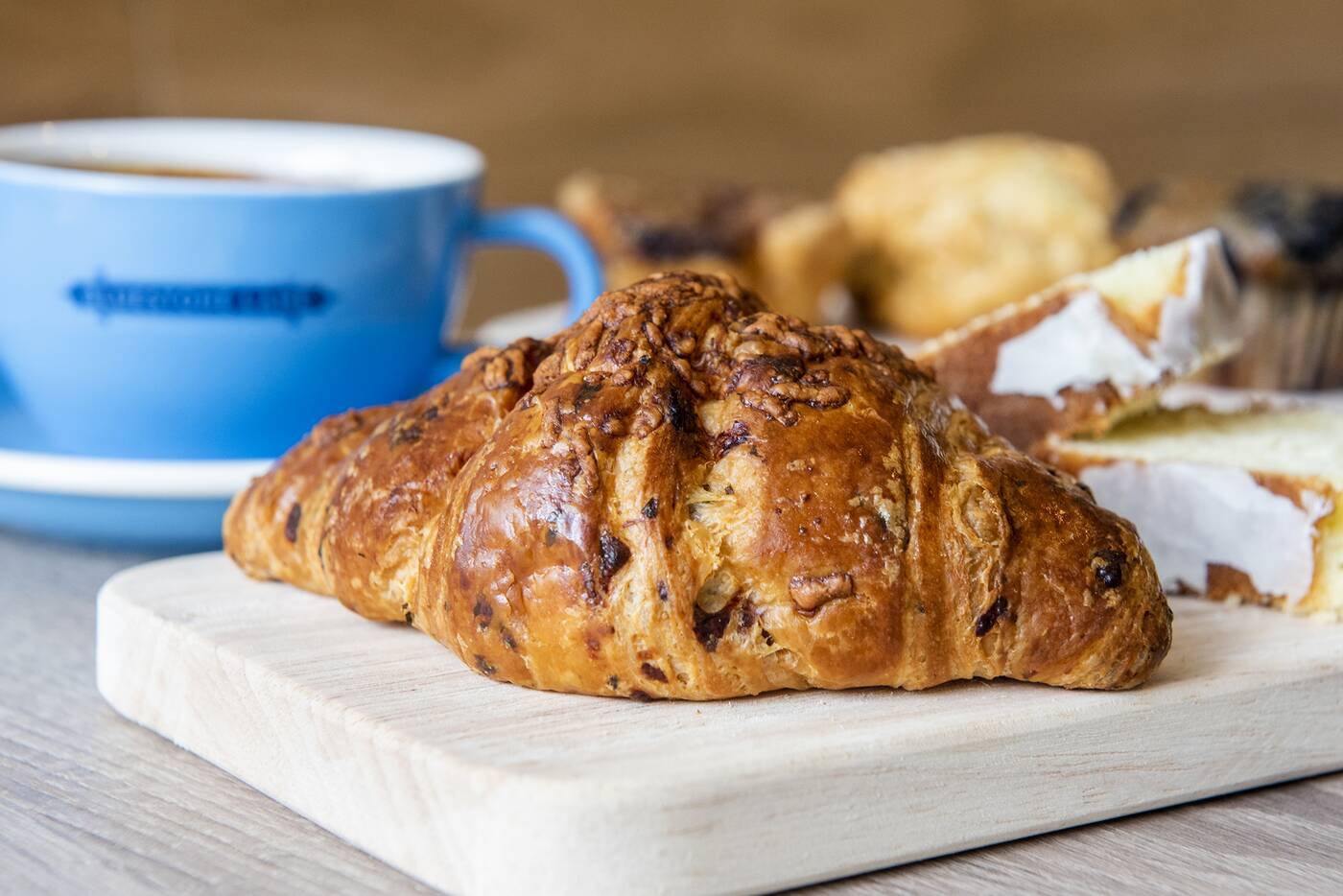 Baked goods like a cheesy herb croissant are being provided by Mabel's. 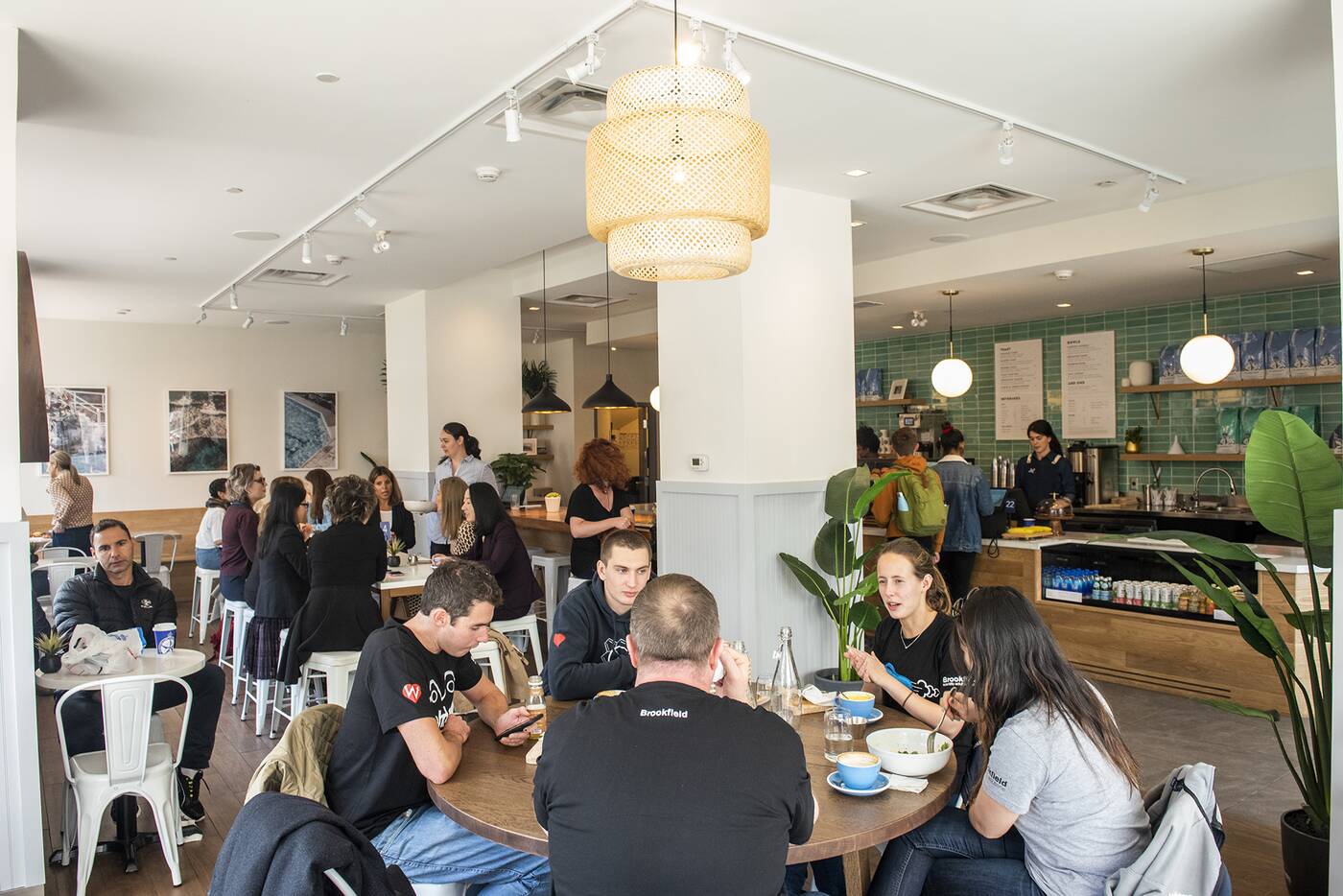 There is WiFi but there could be a few more outlets, and there's potential for a liquor license. Bathrooms are located through the lobby of the King Edward Hotel. 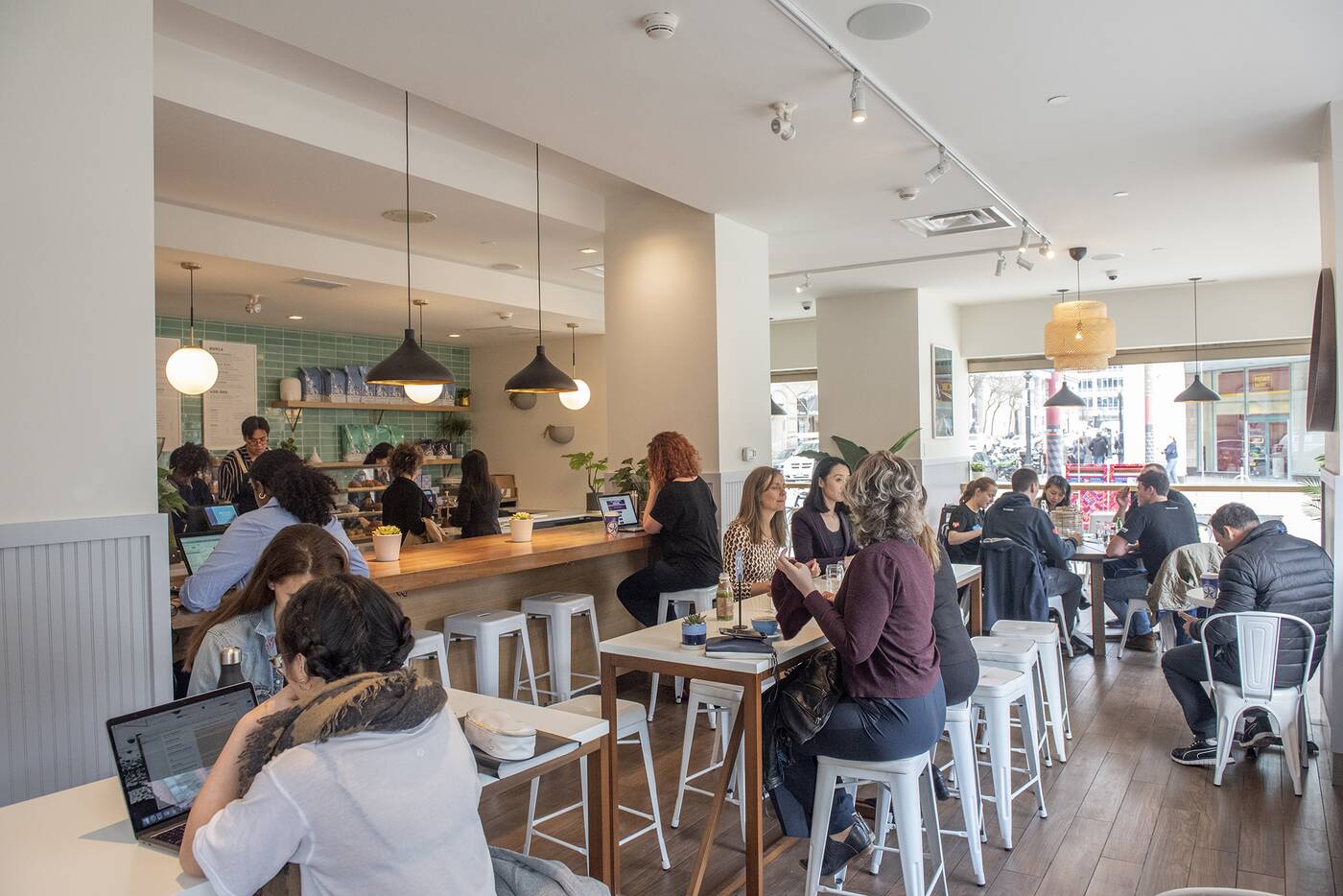 This is far from the only location of Bluestone Lane to hit Toronto, each one of their cafes unique. 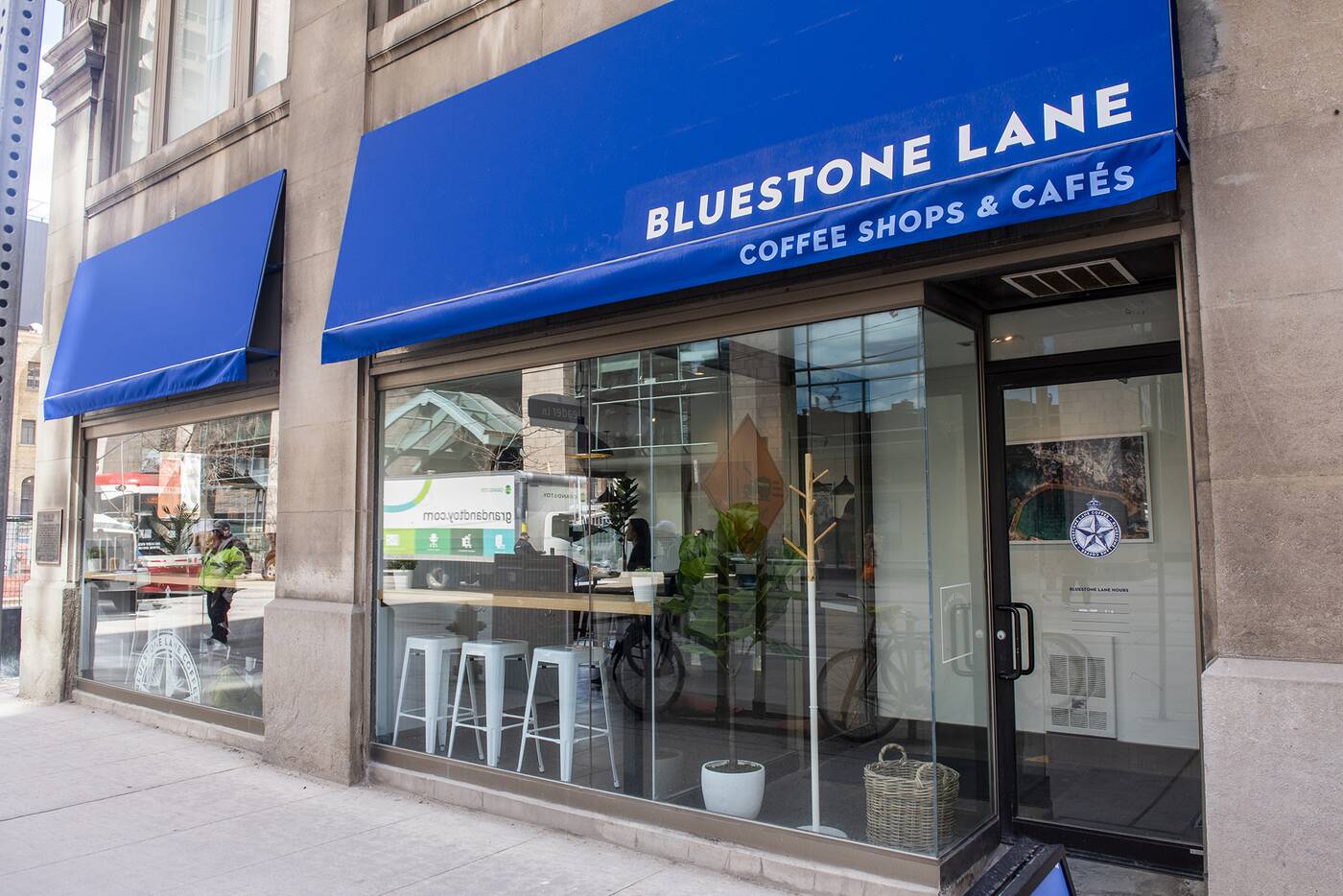