The Parisian and former owner of Midi Bistro is planning on a roster of homemade soups, fresh salads, and gourmet sandwiches, though when I stop by Bivy five days after opening, coffee and croissants remain its main sells. 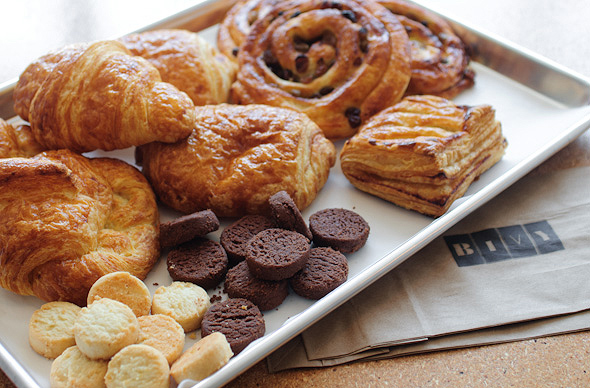 "I'm hoping to get the menu out in the next couple of weeks," says Pascal as we sit down at Bivy's large communal table. "And full brunch by early September." 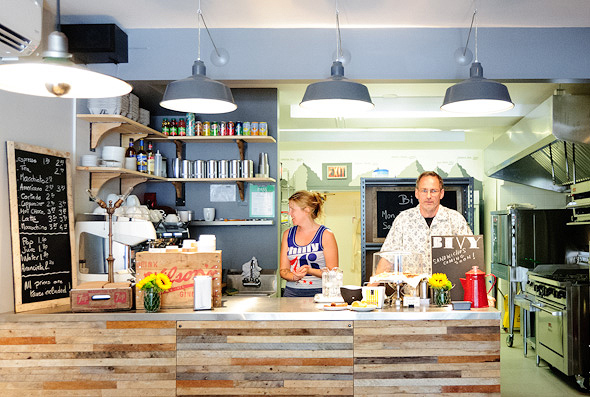 The narrow cafe space, once home to She Takes the Cake , has been done over with reclaimed wood accents and vintage hanging lamps, though it still sports a full open kitchen with a prep area downstairs. The cafe offers free WiFi for now, but Pascal hints that he may do away with it when the full cafe menu comes to fruition.

"The idea is I want people to come here and be social. If someone's here just on their laptop, it doesn't offer that same experience." 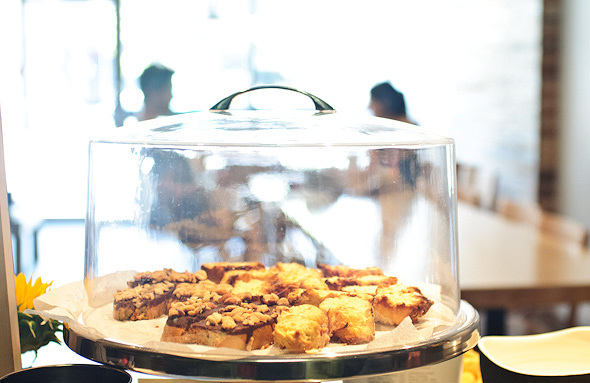 Pascal's plan includes items that can be quickly offered for eat-in as well as packaged to go (with quiches being a particular specialty). The name "Bivy," he explains, comes from the word "bivouac," which refers to an improvised camping shelter usually erected during mountain climbing. "It's a place to eat and sleep," Pascal says. "A place to relax. That's where this idea came from." 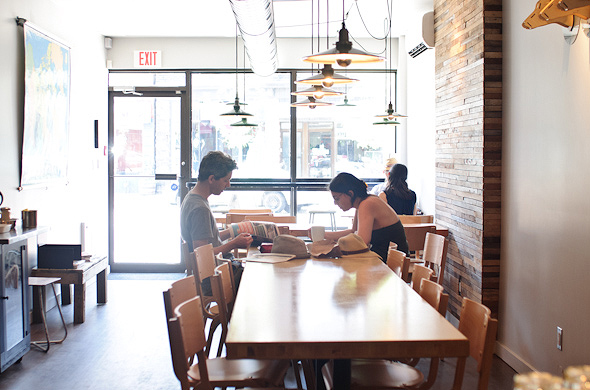 The space itself has a rustic feel with a large hanging map and mountains painted on the rear wall. The coffee, however, is a little less improvised than drip in a canteen, and features espresso drinks pulled on Bivy's shiny new Nuova Simonelli. Of the lattes ($3.50), cappuccinos ($2.90), Americanos ($2.25), and others on the list, I opt for the latter over ice, deciding it's ultimately too hot to indulge in a croissant ($1.90), though they do look scrumptious over on the cafe's shelves. 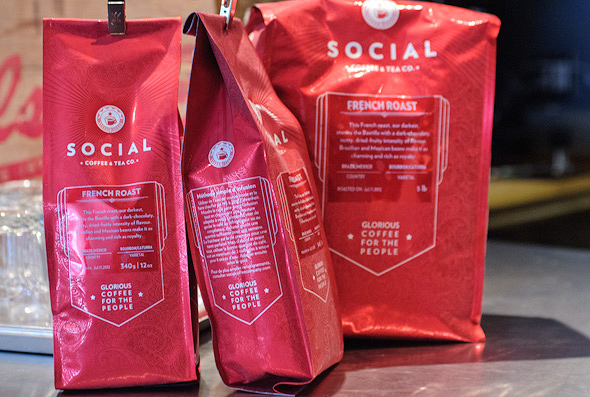 Made with Social Coffee & Co. beans, the drink has a nice sharpness and a dark chocolate flavour, which is mellowed as the ice continues its inevitable melt. Also on offer are six types of loose-leaf teas ($2.00), though Pascal, who is a self-professed tea-drinker, says he doesn't expect the demand to be all that high. "People keep saying tea will catch on; well, it never really did." 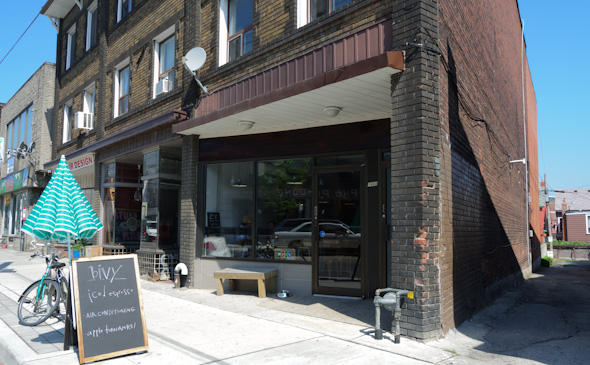 Table service will be offered during weekend brunch starting in September, though the rest of the time customers will come up to the counter to order. Bivy is currently open 8 a.m. to 6 p.m. during the week, and 9 a.m. to 5 p.m. on weekends.