The Big Guy's Coffee Shop is the second addition to owner Steve Turner's cafe chain. The original, The Big Guy's Little Coffee Shop on Lakeshore W. opened just over a year ago to enough success that Turner is now taking a jab at one of Toronto's most burgeoning caffeinated neighbourhoods . 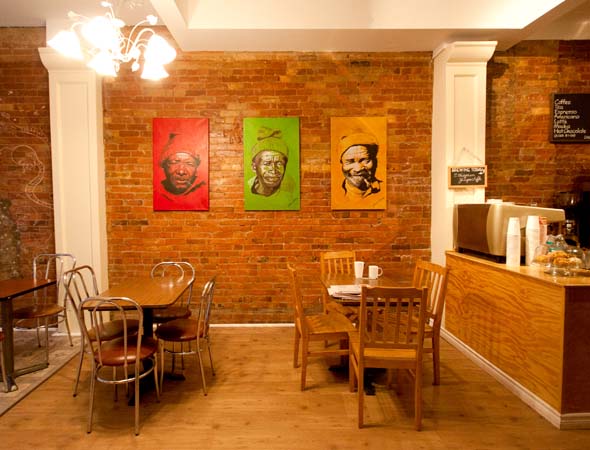 Unlike the Parkdale competition, Big Guy's is making a big name for itself by cutting the fat, so to speak. The menu is stripped of the regular razzle-dazzle of independent cafes and focuses on a few quality products, including a great cup of joe. Turner also emphasizes cutting the pretension often associated with cafes in the city. The prices are more than reasonable and the atmosphere is welcoming. 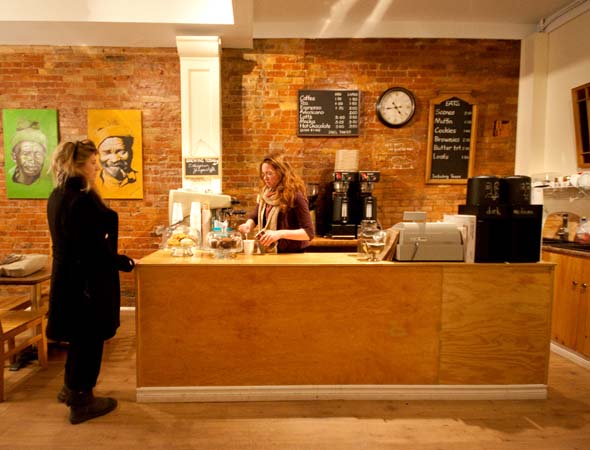 The espresso I order (sgl $1.75/dbl $2) is pretty good: dark and bitter but still crisp. That said, the shot lingers unpleasantly in my mouth well after I've taken it.

Today, Big Guy's has Ethiopia Yirgacheffe on tap and I decide to give it a go. The drip coffee (sm $1.70/ lg $2) is extremely aromatic. It's a nice medium roast with an earthy, clean and somehow grassy flavour. All of the beans are provided by fair-trade, organic certified roaster Planet Bean in Guelph and can be purchased for home use ($4 per 100g or $16 per lb). 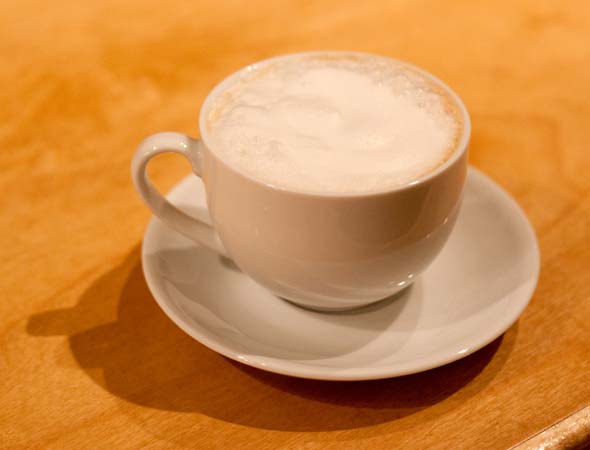 As said, the menu is short and only includes the most basic crafted espresso beverages including the latte (sm $3/lg $3.50), mocha (sm $3.25/lg $3.50) and Americano ($2). For youngsters, Big Guy offers a kid's hot chocolate that only costs a dollar. There's also a selection of baked goods by the ubiquitous Circles and Squares . 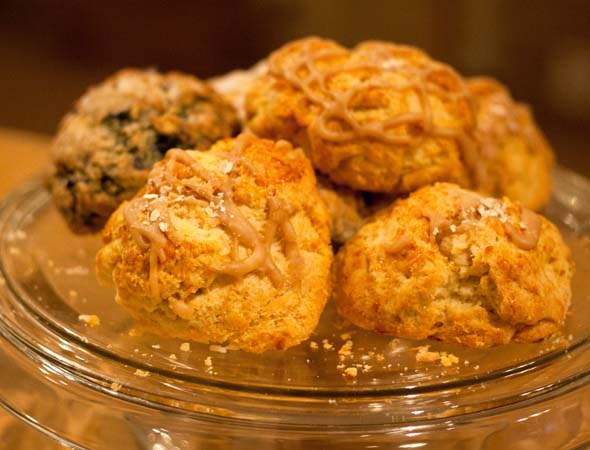 Big Guy's has no shortage of seating and the back lounge is equipped with black couches to rest in while taking advantage of the free WiFi. The space is open concept and features an exposed brick accent wall, wood flooring and art by local painter Jessie Schutte.

Perhaps, my only major complaint about Big Guy's is the empty paper towel dispenser in the bathroom. Restock the little boy's room and Big Guy's could easily fortify itself in the Parkdale java scene. 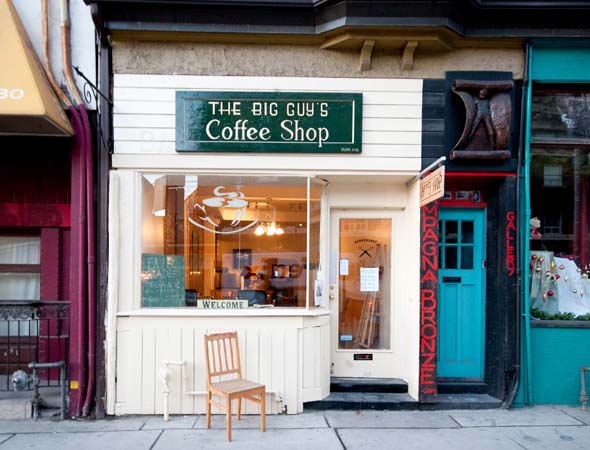