BevLab has taken up a permanent space in the relatively new Theatre Centre . If its launch party featuring creative make-your-own cocktails dispensed into beakers from burettes on ring stands, liquid nitrogen ice cream and sleek contraptions producing literal clouds of flavour were any indication of what's to come, this place isn't really going to be your average cafe or bar.

The project is an offshoot of Toronto-based food, design and technology studio I & J Ideations , run by Irwin Adam Eydelnant, who has a PhD in biomedical engineering from U of T. (I & J's other founder, Jarlath Byrne Rodgers, decided to step away a few months ago to focus on his own PhD.)

The studio, made up of a small group of product designers, architects, computer programmers and photographers, consults for food and beverage clients like PepsiCo, as well as those interested in the future of food, like Gabriella Gomez-Mont , director of the Laboratory for the City in Mexico City). 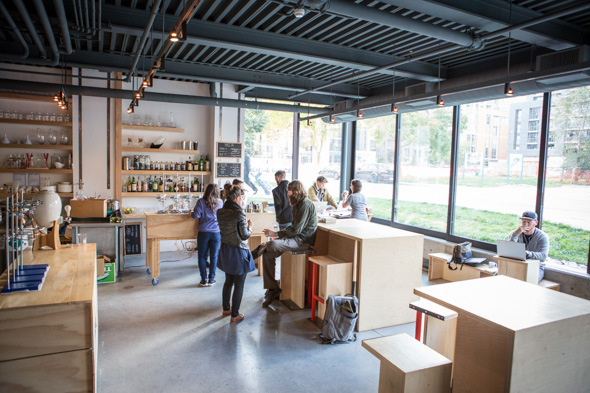 The cafe/bar/open lab is a way for Eydelnant and his team to interact with the public, workshop ideas, and showcase what they're working on. "We often want to share our work with people but we never had a way to do it," he explains. "Everything you see in BevLab is coming from work we do in our studio." 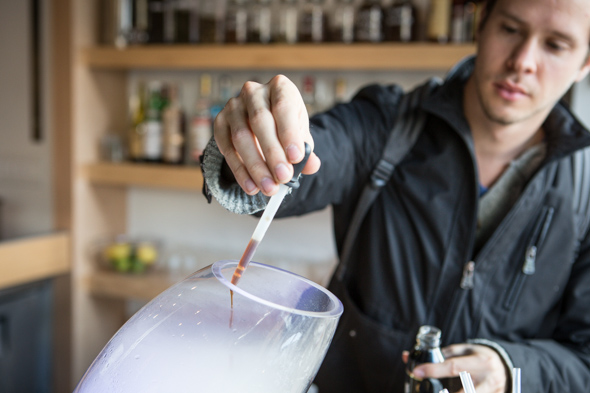 During the day, BevLab operates as a cafe, but you won't see any espresso shots being pulled; in the spirit of introducing patrons to different techniques, it's pour-over coffee only here. Single-origin beans (currently from Costa Rica, Ethiopia and Guatemala) are roasted by de Mello Palheta Coffee Roasters and each cup is brewed to order ($3). 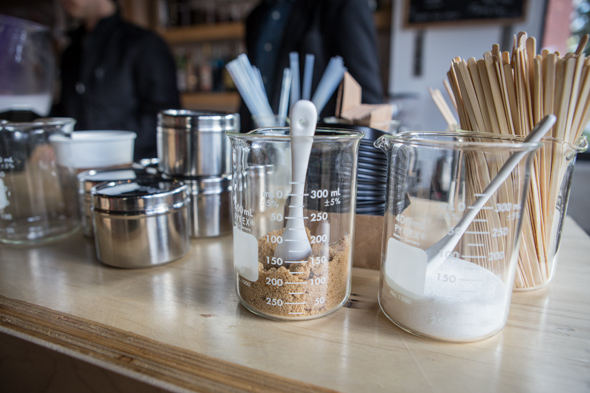 Even more interesting is the " yuanyang " ($3.50) option on the menu. Instead of the usual blend of Hong Kong-style milk tea with coffee found at every cha chaan teng in HK, BevLab experiments with creating a higher-end version of this double-whammy of a caffeinated beverage, where customers can decide which of Detour's loose leaf teas pairs perfectly with which of de Mello Palheta's coffee beans. 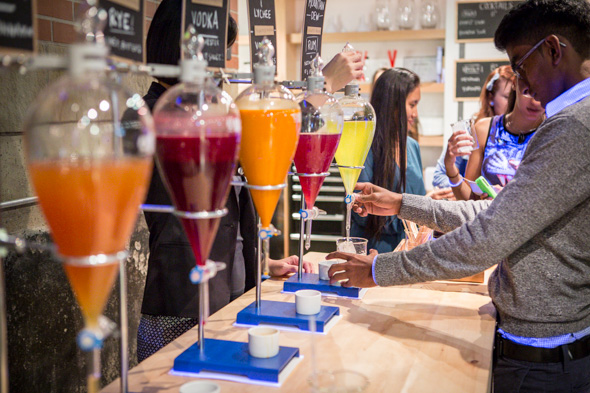 In the evenings, the space transforms (the furniture has been designed to convert from low communal tables and benches to high-tops and stools) into an experiential/experimental cocktail/wine bar, with food and beverage curated by Neil Hazelton (formerly of Soho House ).

In addition to wine and beer, it's currently offering mix-and-match drinks ($5 each) where you choose an alcohol base and add pre-made blends concocted by Hazelton, like ginger, apple and beet or carrot and sriracha to your glass beaker along with finishing touches like a dash of lemon bitters, ginger syrup or even a cloud of mint . 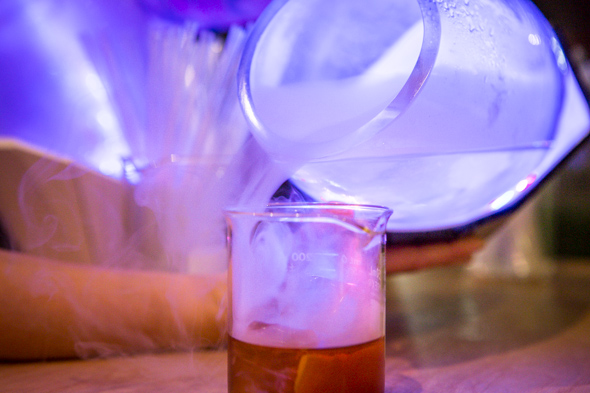 If you aren't in the mood to create your own science experiment of a drink, Hazelton also has a menu of eight cocktails ($8 each) that highlight one of the basic tastes - sweet, sour, salty or bitter (he may still be working on umami). Now that the kitchen area is up and running, food (like the bourbon black cherry liquid nitrogen ice cream served at the opening; I & J is helping to launch an ice cream business in the Middle East) will soon follow. 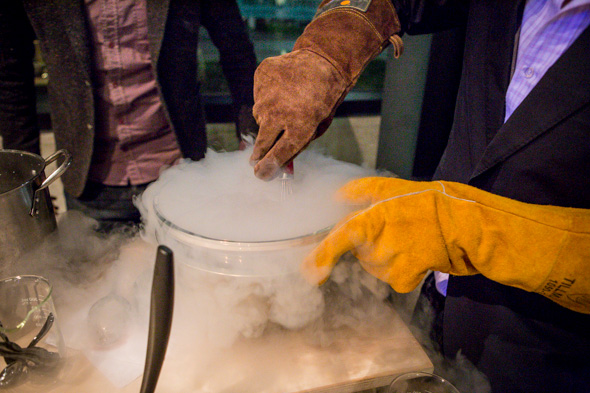 Eydelnant's goal is for the place to be a public space where the community can engage in thought and re-imagine the way people interact with and consume food. It'll be hosting workshops from experts on everything from how coffee is made to how to make Japanese onigiri. It's also collaborating with the Theatre Centre on a school outreach program called FEED , having just completed the first phase with students from Parkdale C.I. 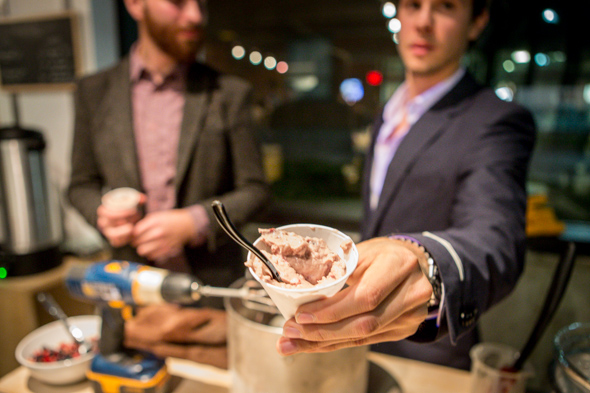 It's pretty clear that Eydelnant and his team are passionate about what they do and BevLab is a way for them to demystify their work: "We want to make science and food accessible." 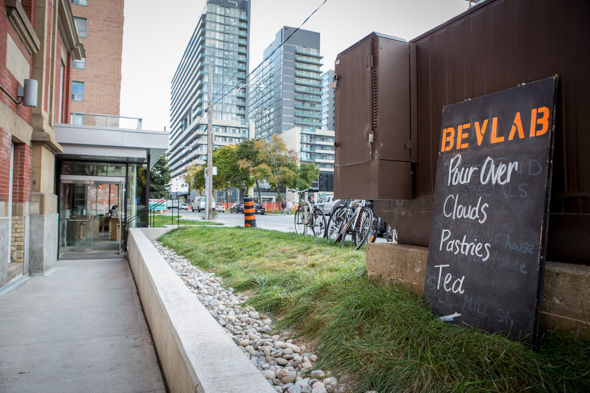