The Comic Book Lounge and Gallery

The Comic Book Lounge and Gallery is a new edition to the world of hobby shops. Founded on February 8th of this year by owners Sean Menard and Kevin Boyd, the idea was not to simply create another store. After taking over the stock from Dragon Lady Comics , which shut its doors earlier this year, Sean and Kevin sought to take a different direction.

"We want to build a community," Sean Menard told me, "and we want to support local artisans and promote their work." 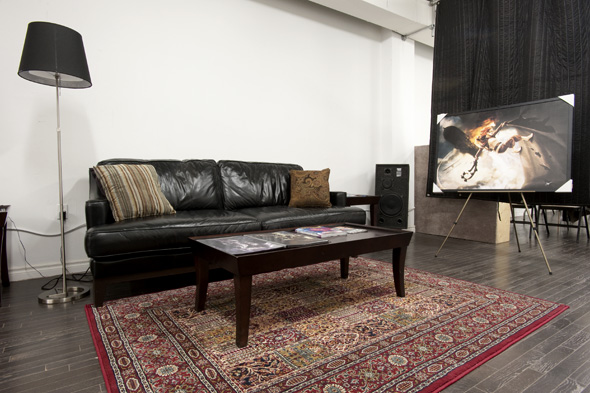 Similar to a Japanese manga cafe, The Comic Lounge and Gallery provides an area for fans to read their purchases with a drink of their choice and socialize with their peers and friends. There's more to this place than being a nerdier version of a Starbucks at Indigo, however. Sharing its space with The Toronto Cartoonists Workshop and Guerilla Printing , the ultimate goal of TCLG was to create a haven for comic creators and aficionados alike.

"We see this as like a co-op opportunity, with three businesses under one roof," Sean explained, "Here, you can learn to draw, read comics for reference, and then get your work printed. Then maybe, just maybe, you can get it displayed and sold here." 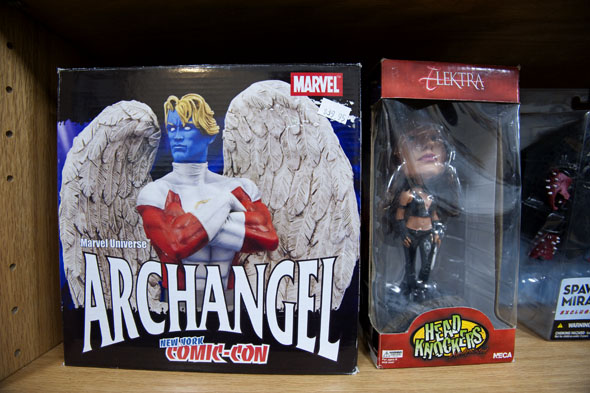 Another key part of The Comic Lounge and Gallery is the fact that it also doubles as an art gallery. Each month, a new comic artist will display their works for sale or simply for viewing. Marvel artist Mike Del Mundo , for example, is expected to exhibit and sell some of his works throughout April. 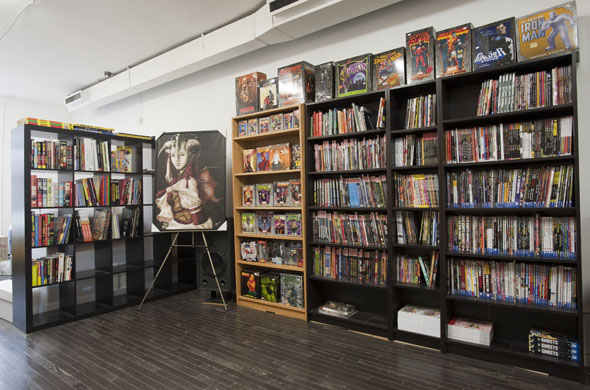 The store is still fairly new, but there are plans to expand within its walls. Menard states that customers can expect anything from extra couches to WiFi, coffee machines, and game tournaments over the next few months. It's too early to say whether or not The Comic Lounge and Gallery will make any big waves in a comic community, but you can still see the ripples forming in the water. 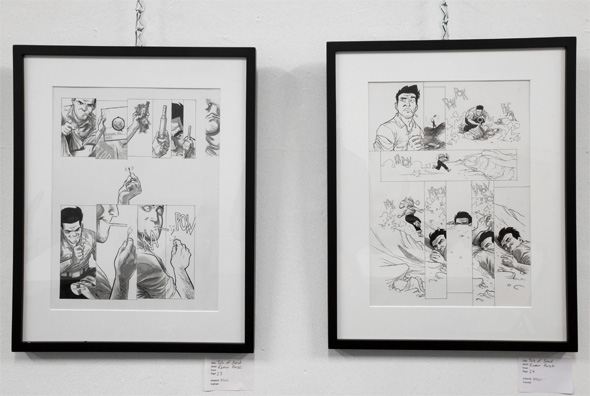 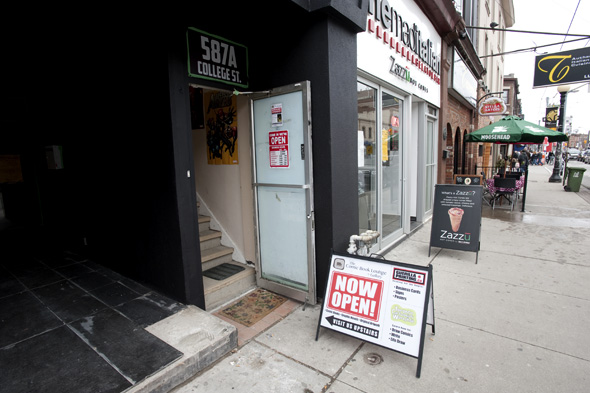