Bakka Phoenix Books manager Chris Szego says "science fiction is not just a genre, it's a community." With their new space on Harbord just west of Spadina (which was previously occupied by Atticus Books) just across from the University of Toronto, Bakka Phoenix looks forward to providing a bigger and better home to that community. 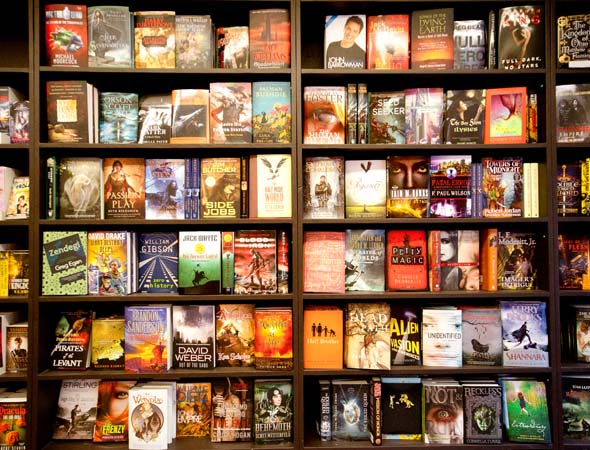 When store owner Ben Freiman bought the building, he gave the main floor and basement to Bakka Phoenix. With the basement, Chris says, they now have "space just for the sake of space," something the staff had wanted for a while. The store has just moved from Queen and Bathurst - boxes are still being unpacked and the basement floor is still being laid - but already Bakka Phoenix has set up a book club and a gaming group to begin meeting at the basement in 2011. Someday, Chris says, she also wants to use the basement for writers' workshops. 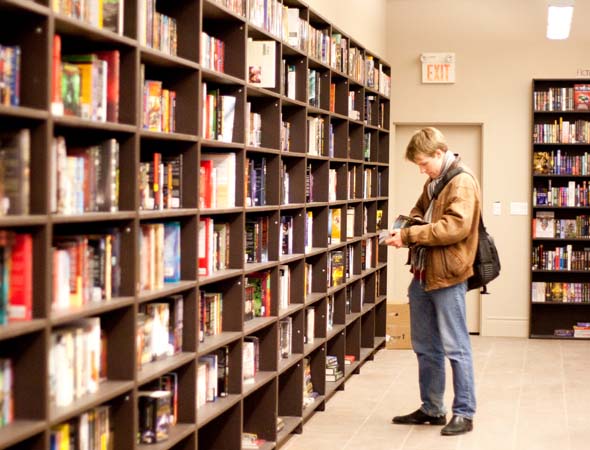 Since 1972, Bakka Phoenix has established its reputation as the independent science fiction and fantasy bookstore in Toronto. Former staffers include such prominent writers as Robert J. Sawyer and Cory Doctorow . Quite simply, Bakka Phoenix staffers know their science fiction. That is why their customers keep coming back, and why the store has survived almost four decades and almost half a dozen locations. "We have knowledge, ideas, recommendations," Chris says. "We also have opinions." Their customers go to them with lists of books and authors they like and ask, "Now what?" 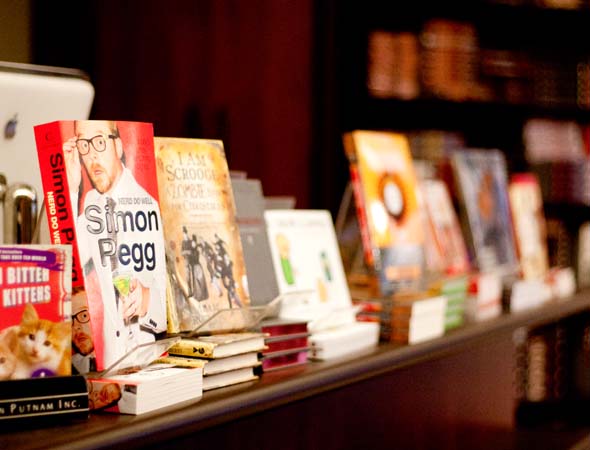 Chris and her staff are passionate about books, and about giving each customer personalized recommendations. Once, Chris says, she even took a book from a stack a customer was about to purchase and said, "You won't like that." It wasn't that the book was bad; it was just that the customer was a regular, and Chris has gotten to know the kinds of books he likes. If a customer considers buying a book similar to one he hasn't enjoyed in the past, Chris is not shy about warning him off. Nor is she shy about recommending another title he might enjoy more. 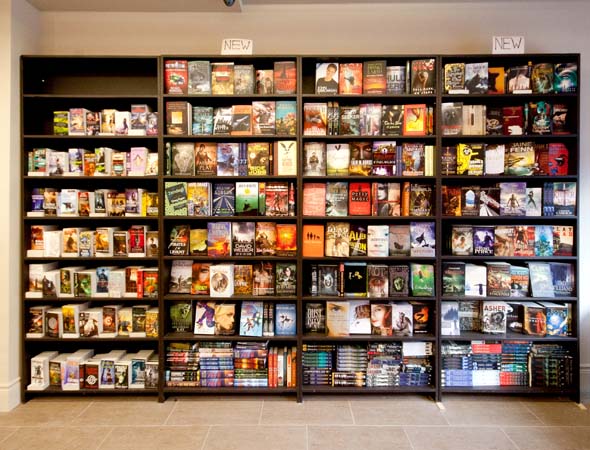 In fact, Chris says, book recommendations are required of her staff. Several books have detailed commentary on a sheet in front of them. Reviews can be short, Chris says, remembering one book of which a staffer merely wrote "A tree died for this." But more often, reviews talk a bit about the plot or the writer's other works.

I enjoy walking into bookstores with no clue about what I want, and discovering new authors or books that I end up loving. Conveniently, then, for shoppers like me, while Bakka Phoenix shelves are organized according to categories - fiction, graphic works, new releases - the store has a shelf for recommended reading. 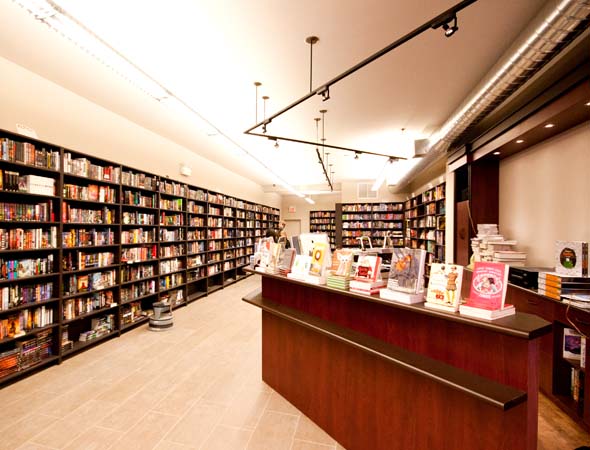 That includes such personal favourites as David Mitchell's Cloud Atlas, Neil Gaiman and Terry Pratchett's Good Omens and Philip Pullman's His Dark Materials trilogy, as well as lesser known authors and books, several of which already have the review attached and are just waiting to be discovered.

More than just a bookstore, Bakka Phoenix is very much involved in the science fiction community. They are a frequent bookseller at the International Festival of Authors and at the events of the Merril Collection, which is the Toronto Public Library's Science Fiction and Fantasy collection. They also have a Facebook page and a frequently updated website that is easy to navigate. 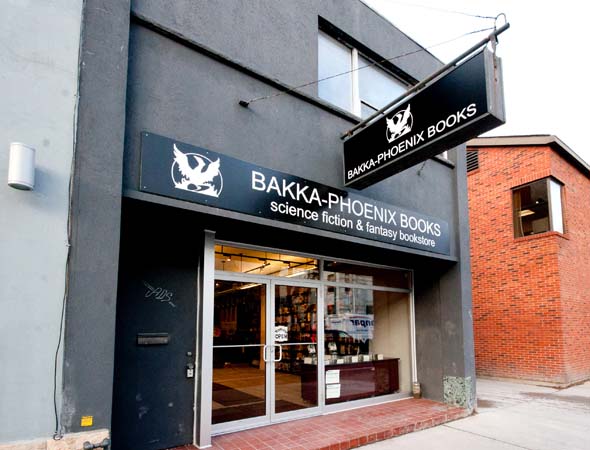 Bakka Phoenix will be having a grand opening party in February 2011. And in 2012, Bakka Phoenix will be celebrating its 40th anniversary. How do they plan to celebrate? Chris hasn't looked that far ahead, but for the store's 30th anniversary, they published a limited edition anthology of stories by employees and staff alumni (who, you may remember, include Robert J. Sawyer and Cory Doctorow). So I'm definitely looking forward to see how they'll mark the big 4-0.