Uniun Nightclub is almost self-consciously a nightclub. Brought to you by "nightlife king" (and you know he must be growing weary of that title) Charles Khabouth and Ink Entertainment.

It was conceived as being "the first of its kind," with LED-light installations, top-of-the-line sound system, and the industrial appeal of the original space (which previously housed Devil's Martini ). 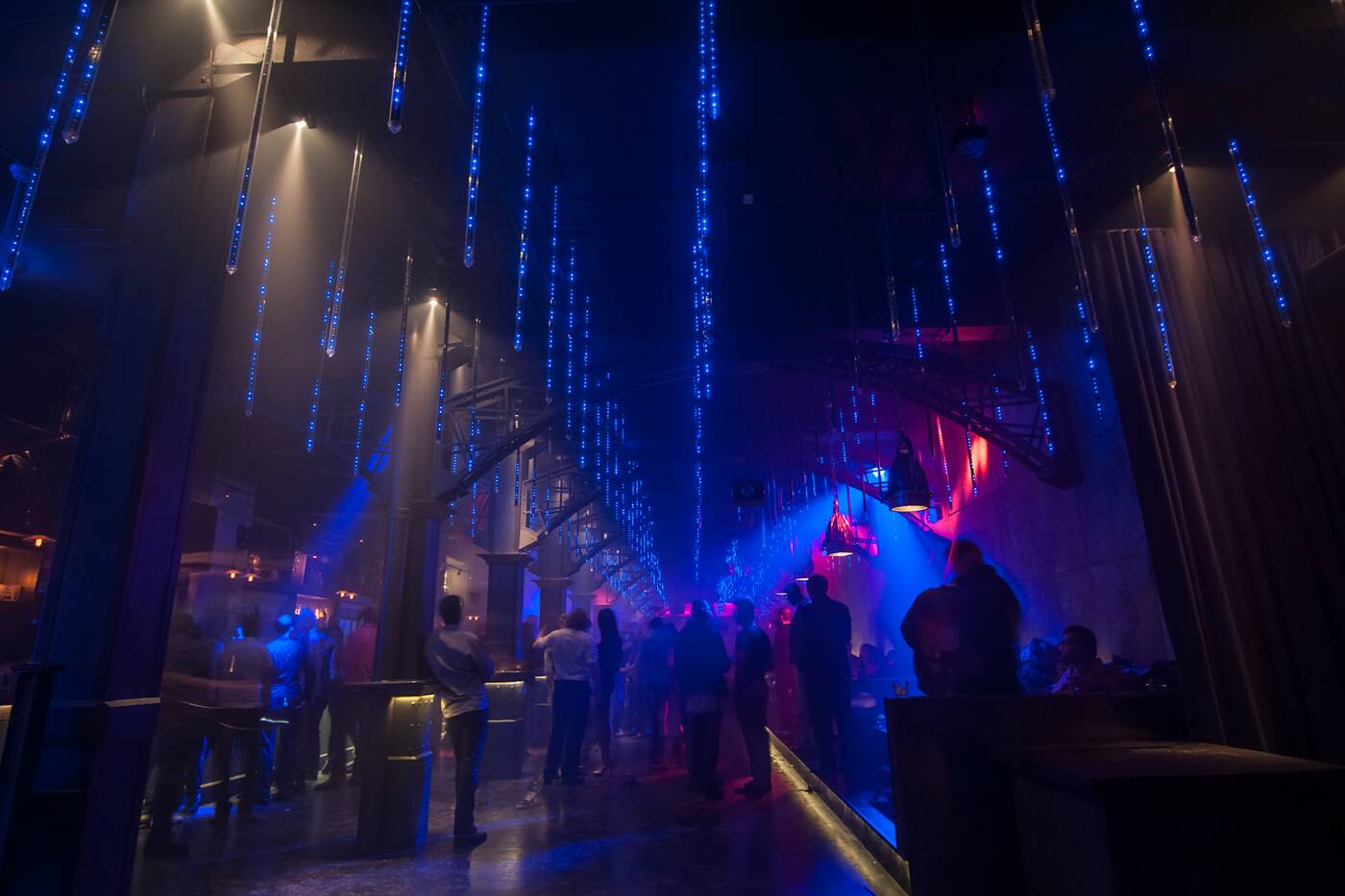 Uniun is a dizzying mish-mash of influences and aspirations that actually, surprisingly, work.

You enter through the old-familiar factory archway and into a dim, cavernous space, that (despite being 16,000 feet) is packed by midnight, making moving to and fro a writhing conga line.

It's hard to say what won me over here, as opposed to other clubs I've visited in my mid-to-late twenties, but it could be the uber-stylish crowd (including spottings of Lucian Matis and the Greta Constantine duo), or the successful contrast of factory, pseudo-antiques, and modern technology. 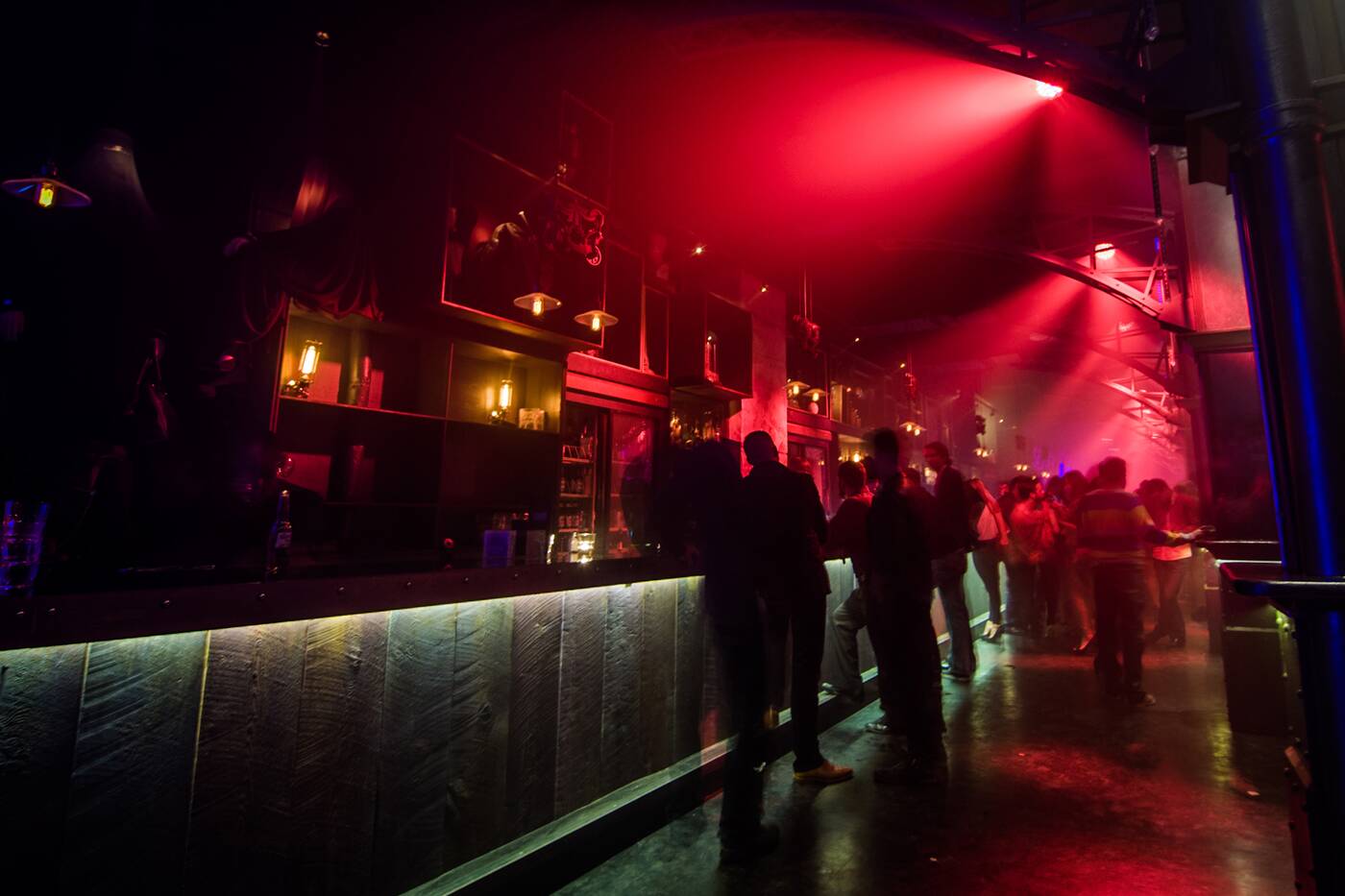 There are cordoned off VIP booths, and there's an overall fogginess (the source of which is hard to identify), but the LED lights, which line the walls and ceilings, and also come in the form of hanging vines, pulsate in time to the music, and several flat-screens display trippy images.

Behind the dark wood of the main bar area, you'll find beautiful, bandage-dressed and leather-corseted servers doing their best with the regular club roster of bottled beers, Red Bulls, and a bottle service menu that ranges from $200-$2,000.

Cocktails run between $8.25 and $12.50, and their Belvedere blackberry martinis are well-balanced and slightly tart.

Above the bottles is a series of shelves displaying Lady Gaga-ish curiosities--from taxidermied birds posed amongst flowers in glass jars, to apothecary details, to a ceramic skull displaying phrenological areas of the brain. 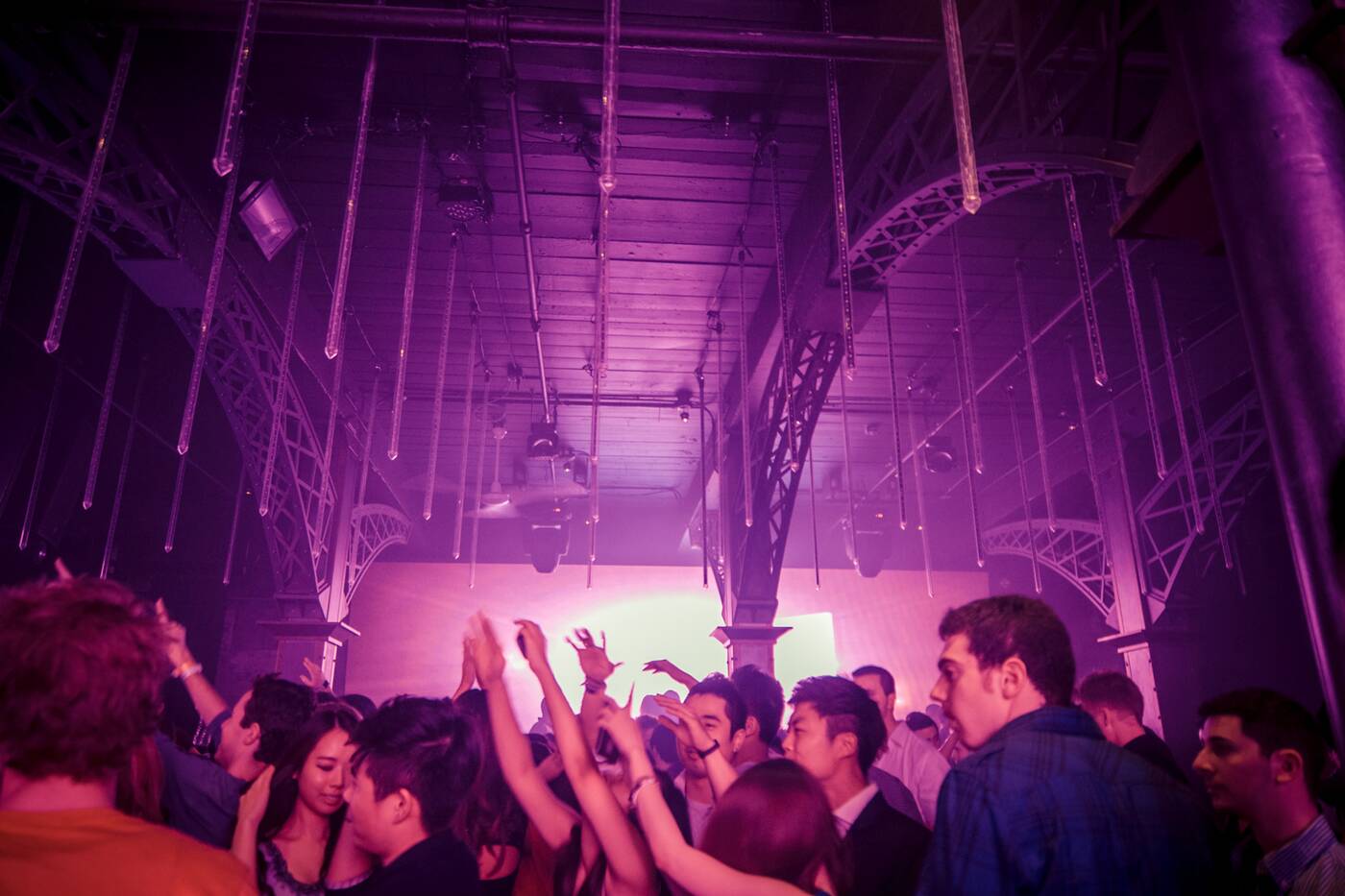 The club is currently only open on Fridays and Saturdays beginning at 10 p.m., and on Friday nights--which are intended for known electronic acts and their ready-to-sweat fan base--the party goes 'til 4 a.m.

I stopped by on a Saturday, and the DJ played throwback tunes, top 20s, and a particularly discordant remix of Gotye 's "Somebody I Used to Know," while two topless, body-painted go-go dancers (wearing space-age-inspired goggles to avoid eye contact) gyrated atop wooden platforms in the middle of the large dance floor. 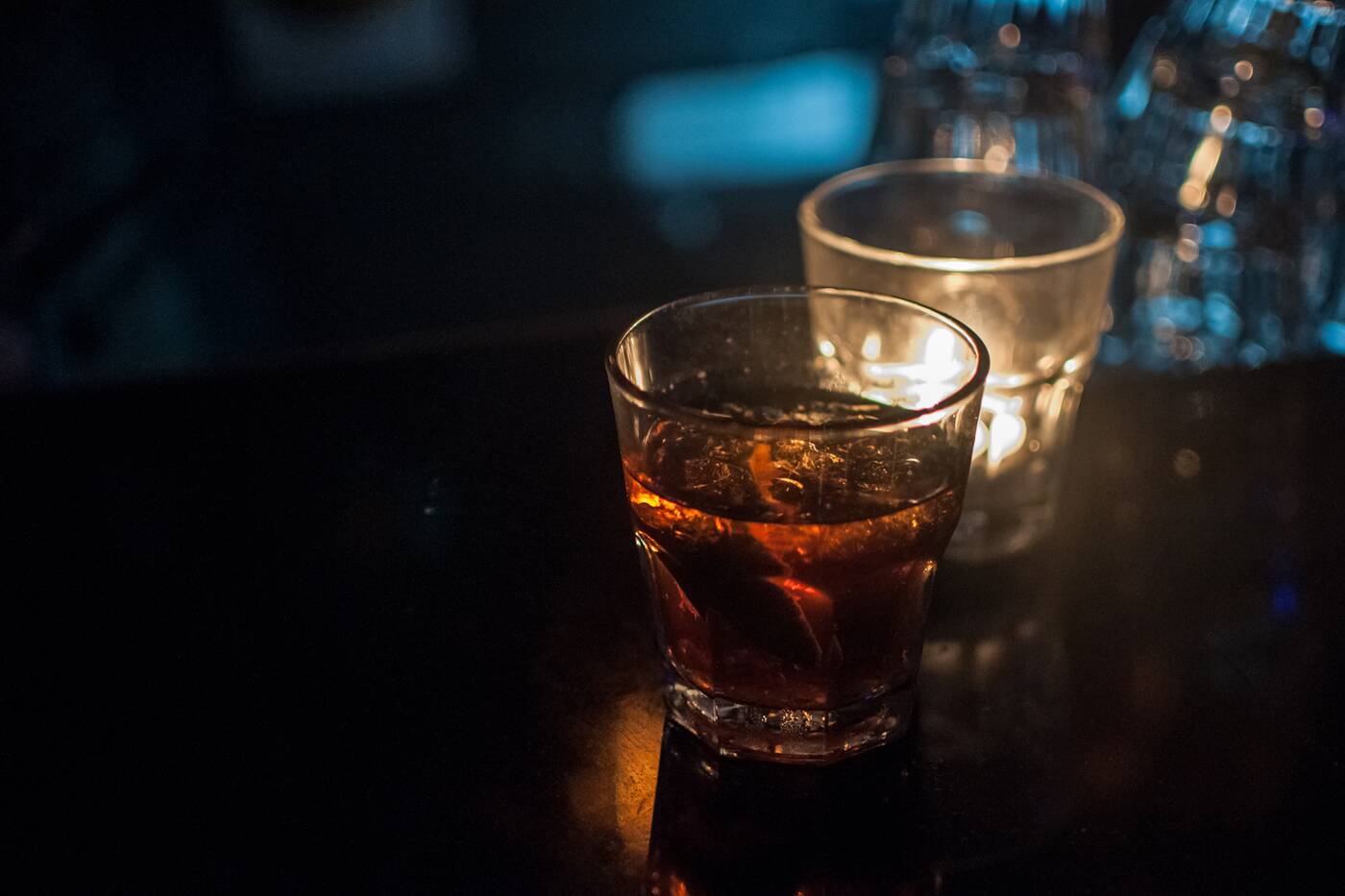 There's a subterranean element, as well. Downstairs, there's the coat check, and--down a somewhat seedy, blue-tinged corridor--you'll find bathrooms, a lounge area, as well as another bar (in case you very urgently need your G&T refreshed).

It seems Khabouth has, yet again, thought of everything. 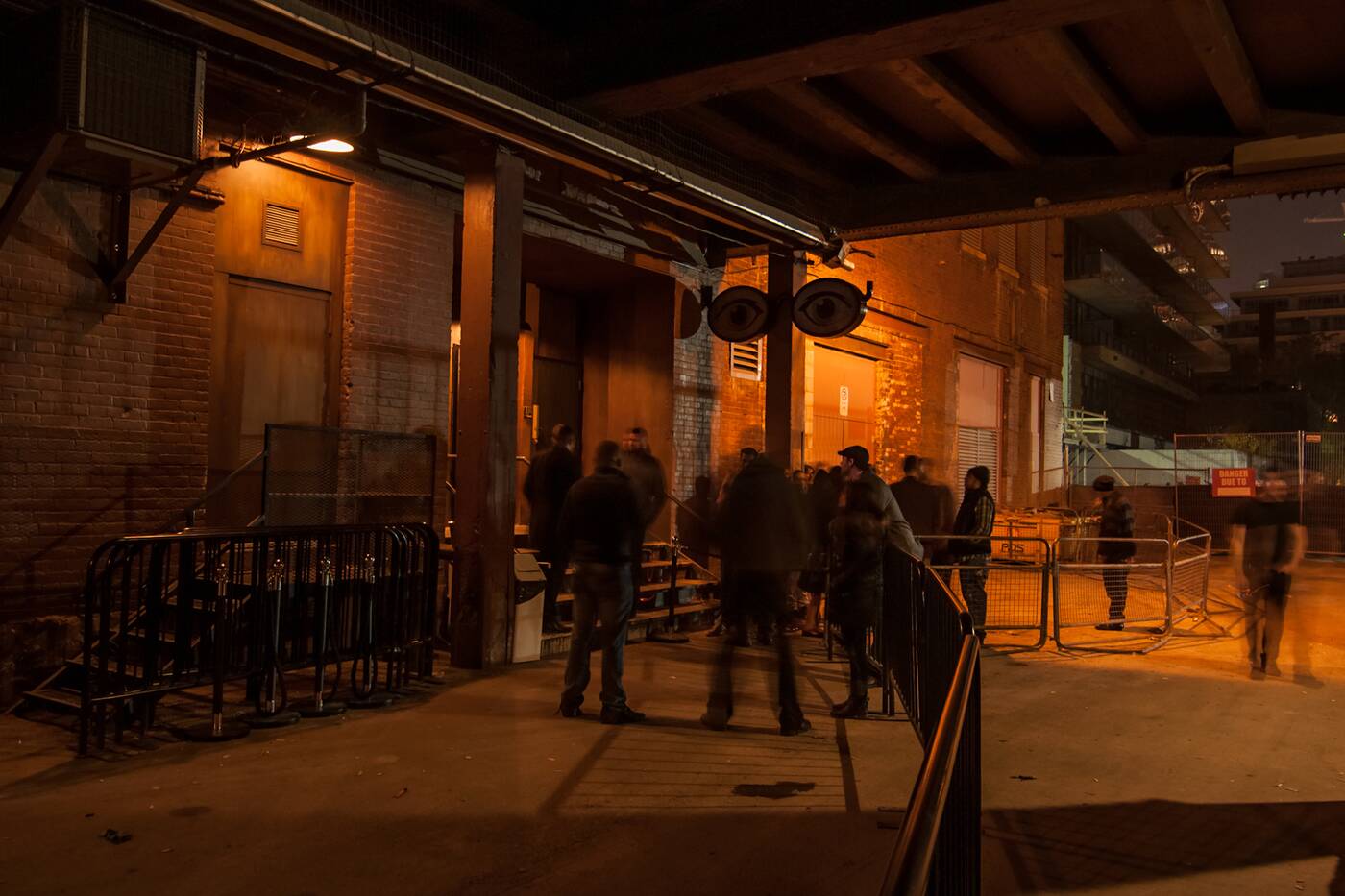