Shamone is a chic, low-key bar in the Junction , on Dundas just east of Pacific Avenue. The simple exterior and bright pink blocky sign is intriguing, and adds a hip flavour to the neighbourhood.

The Junction is dotted with pubs like The Passenger , Hole in the Wall , and the popular Indie Alehouse brewery, and Shamone isn't trying to compete with any of that.

This original spot sets itself apart with regular $5 drink specials (like a cuba libre) and DJ nights where anything from "space disco" to "major ragers" might be spinning. 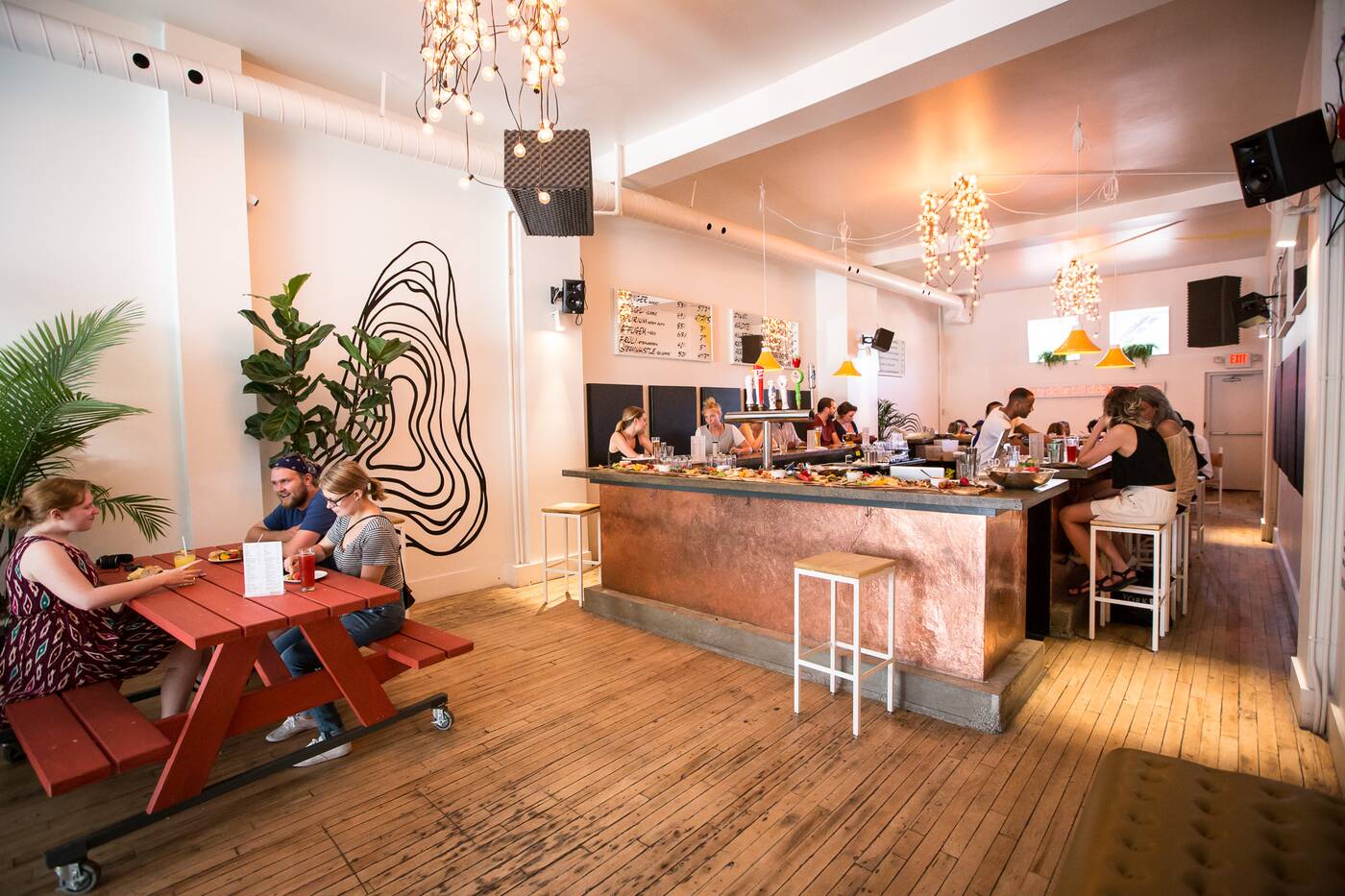 A giant LED screen at the back flashes weird song lyrics that pose a funny counterpoint to whatever's actually playing, creating a ghostly karaoke effect.

They have European beers on tap, including an Affligem (served in a proper triangular pint glass) that will have your taste buds thinking they just landed in Amsterdam ($7.25), as well as the legendary strong beer Delirium ($7.75). 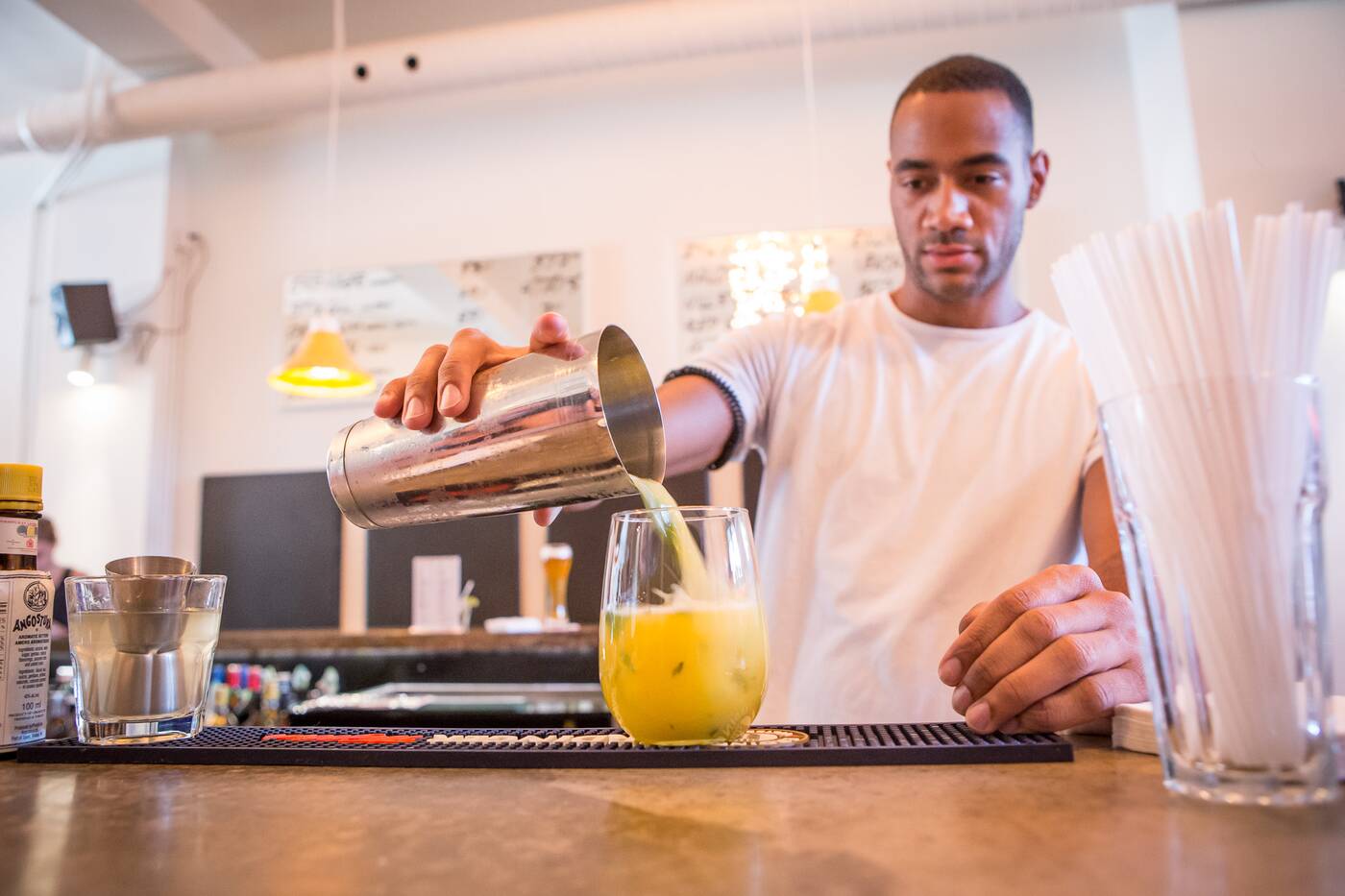 A variety of cocktails are available, including a Fruli Mojito for $11.25. A boilermaker menu features concoctions like a Stiegl Radler and El Jimador ranging from $10 - $12. 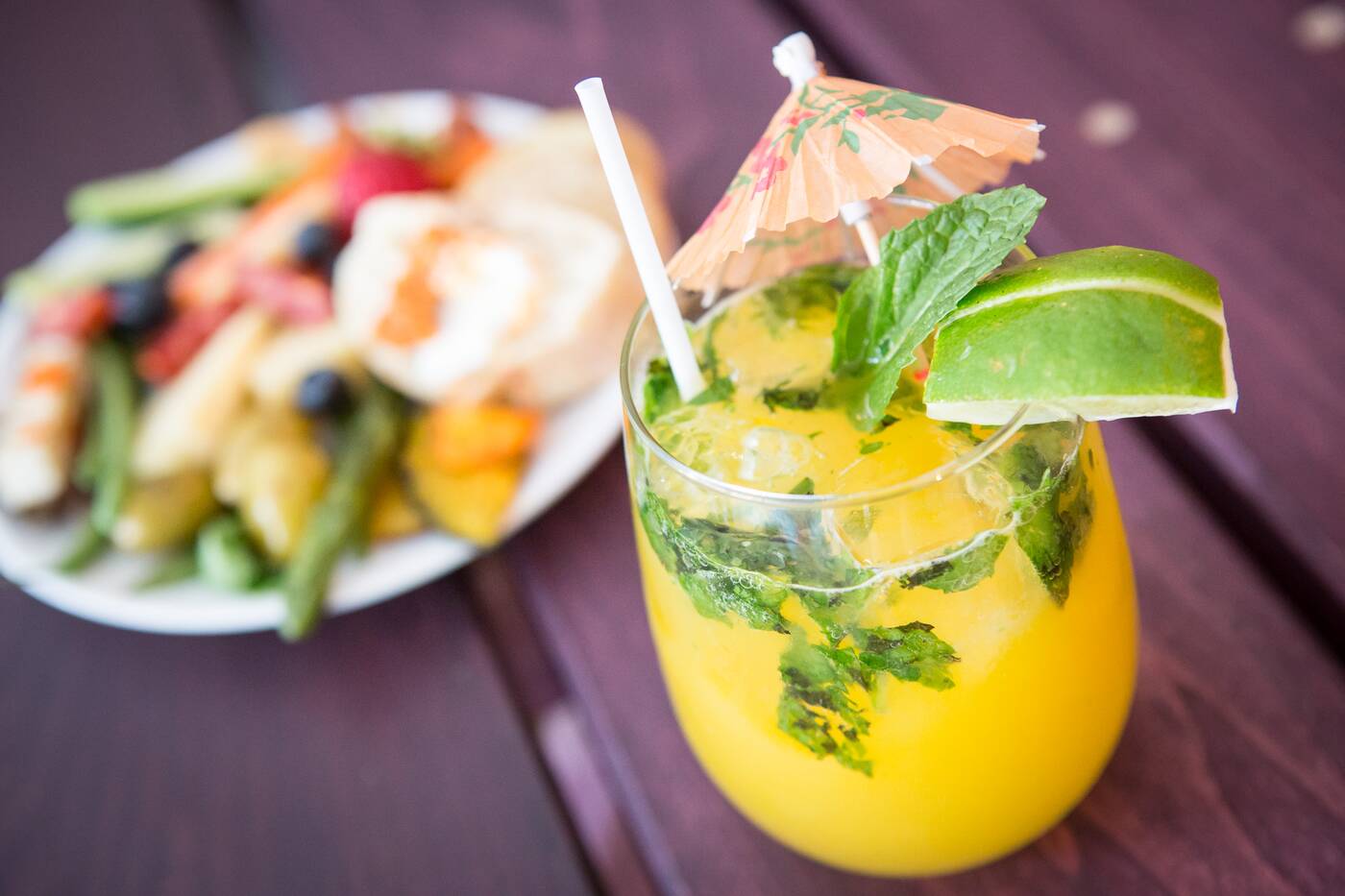 With a bar named after a Michael Jackson song, you know the Shamone house cocktail is "bad" in the best way: nothing more than mezcal, ginger beer, and maybe four or five lime wedges, but it's a winner ($10). Cheap shandies are available, like a Stiegl and Orangina for $4.25. 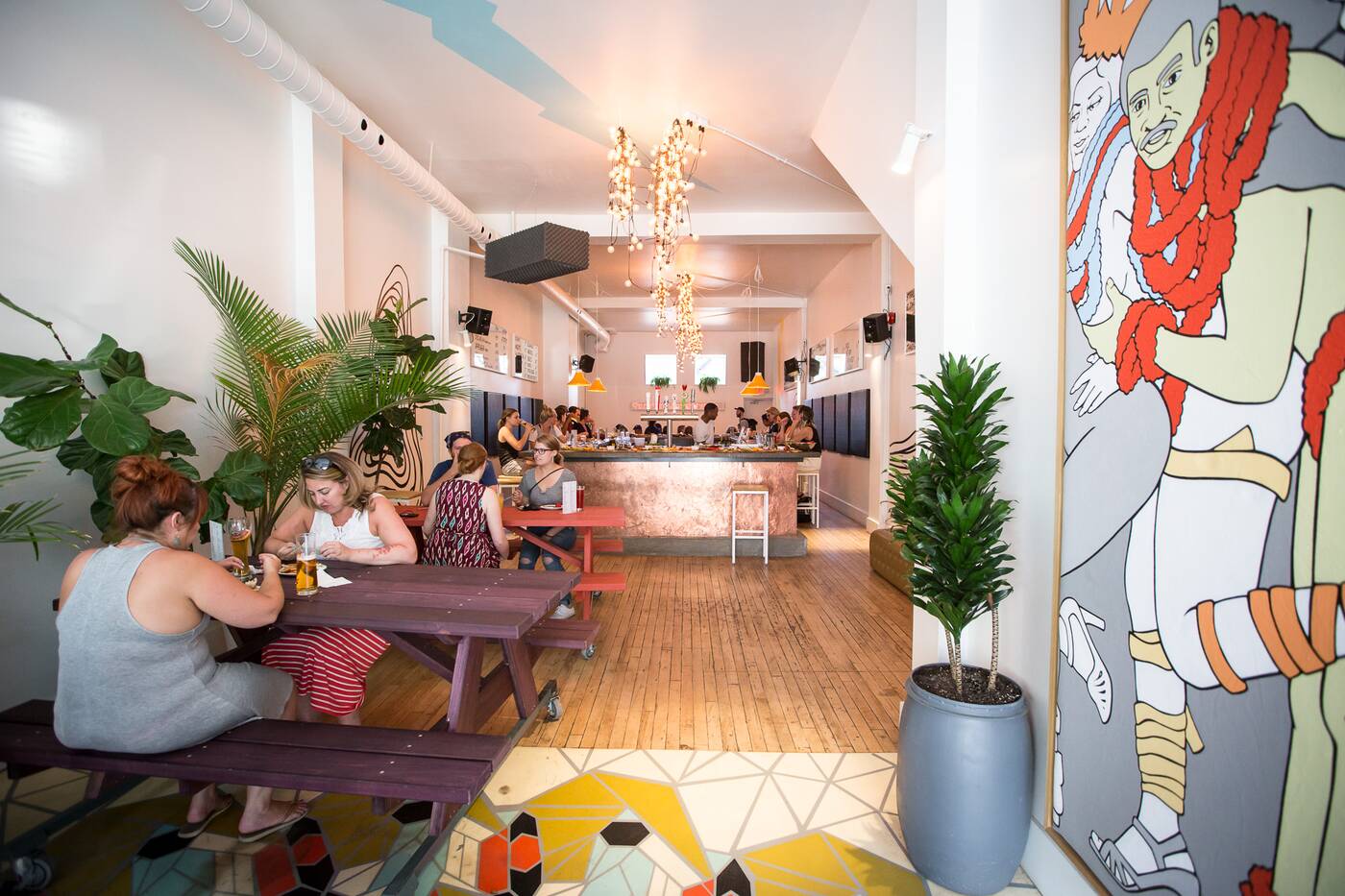 The bar itself is a gigantic concrete affair in the centre, stretching almost the length of the room. Most seating is here, but there are more tables at the back and a fun picnic bench area near the front window surrounded by huge, jungly houseplants. 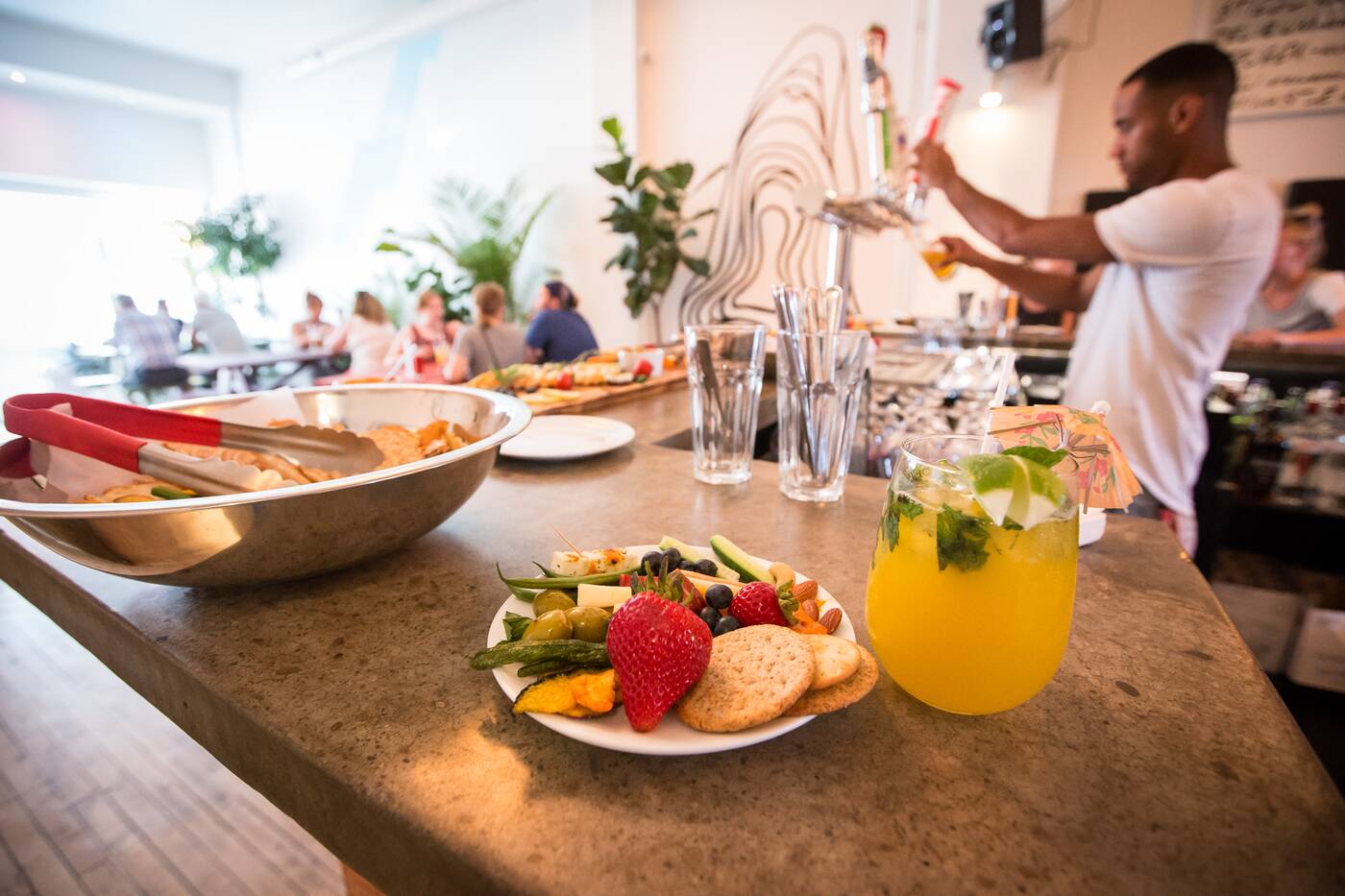 The lighting is low, intimate and artsy, with hanging tangles of dozens of bulbs and thin fluorescents. Menus on the walls are written on mirrors, so they're a little hard to see in the dark room, but fortunately there are on-hand versions standing on surfaces all around the bar. 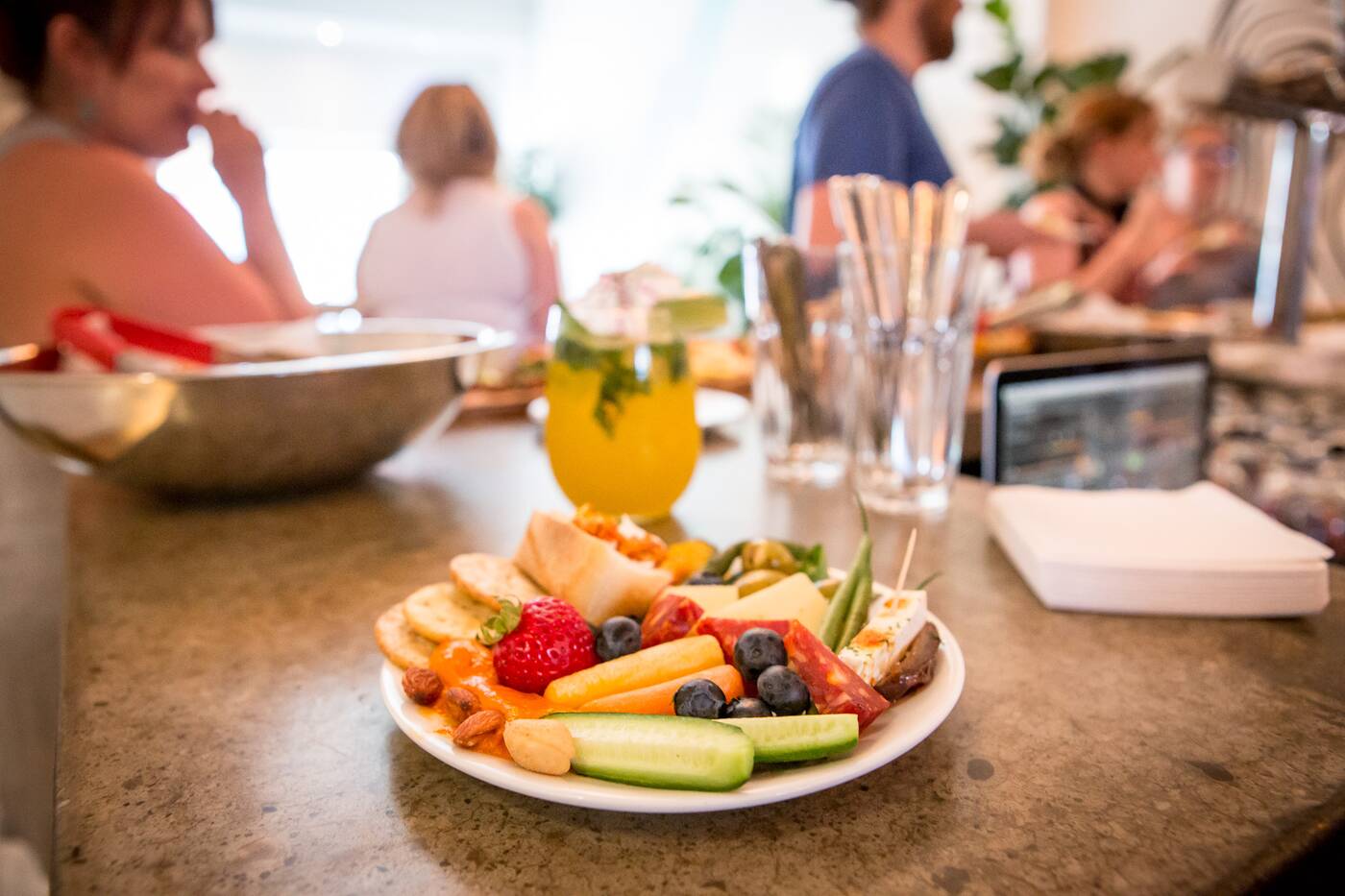 Monday is "free snack night," but really it's free snack night every night as a red basket of unshelled peanuts is plunked down in front of you upon ordering. 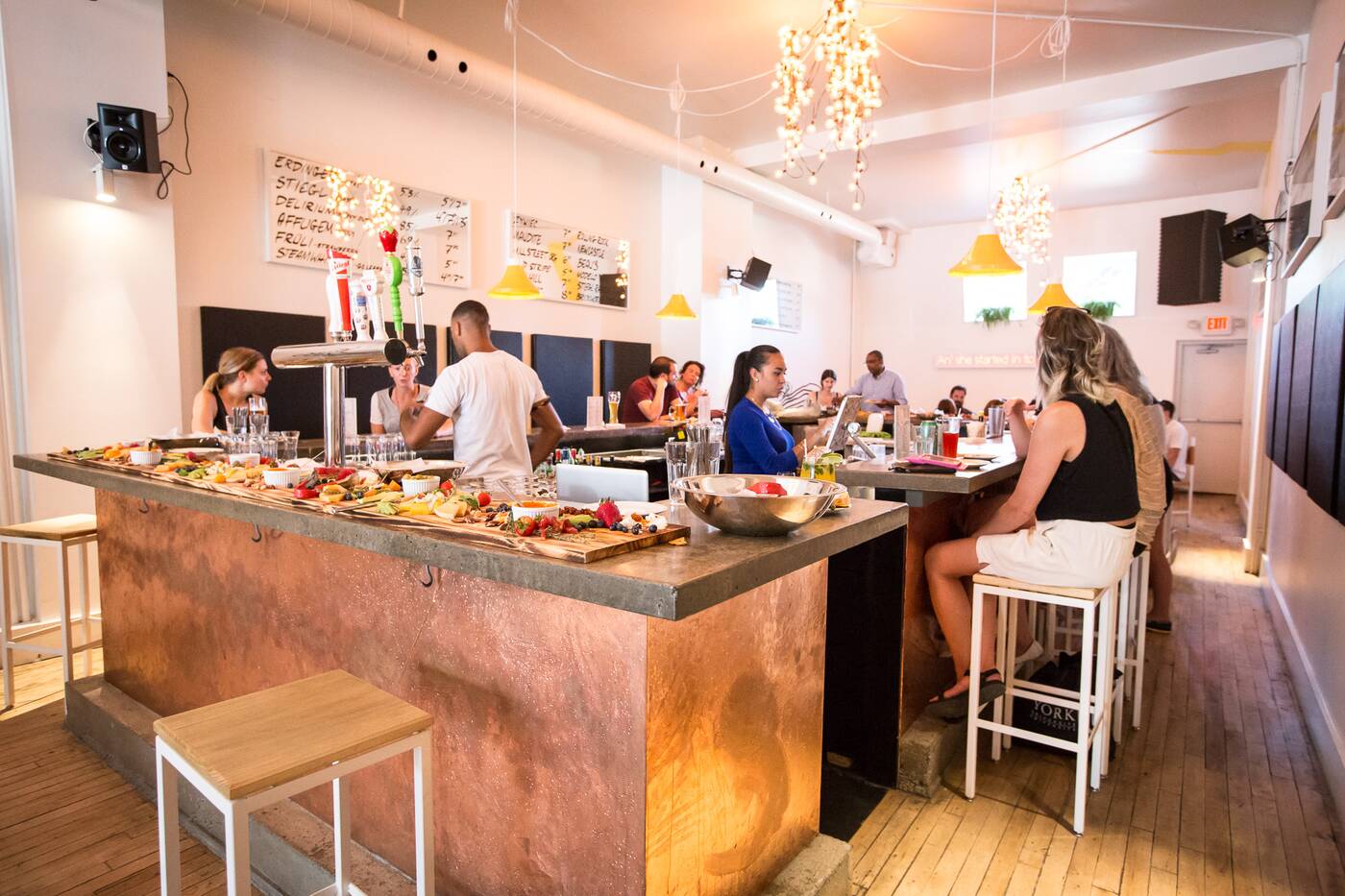 You can pay for other bar snacks like tamari almonds, pistachios, or burnt nicoise olives ($4). Shamone is a bar that knows how to keep its customers' hands, eyes, and mouths busy. 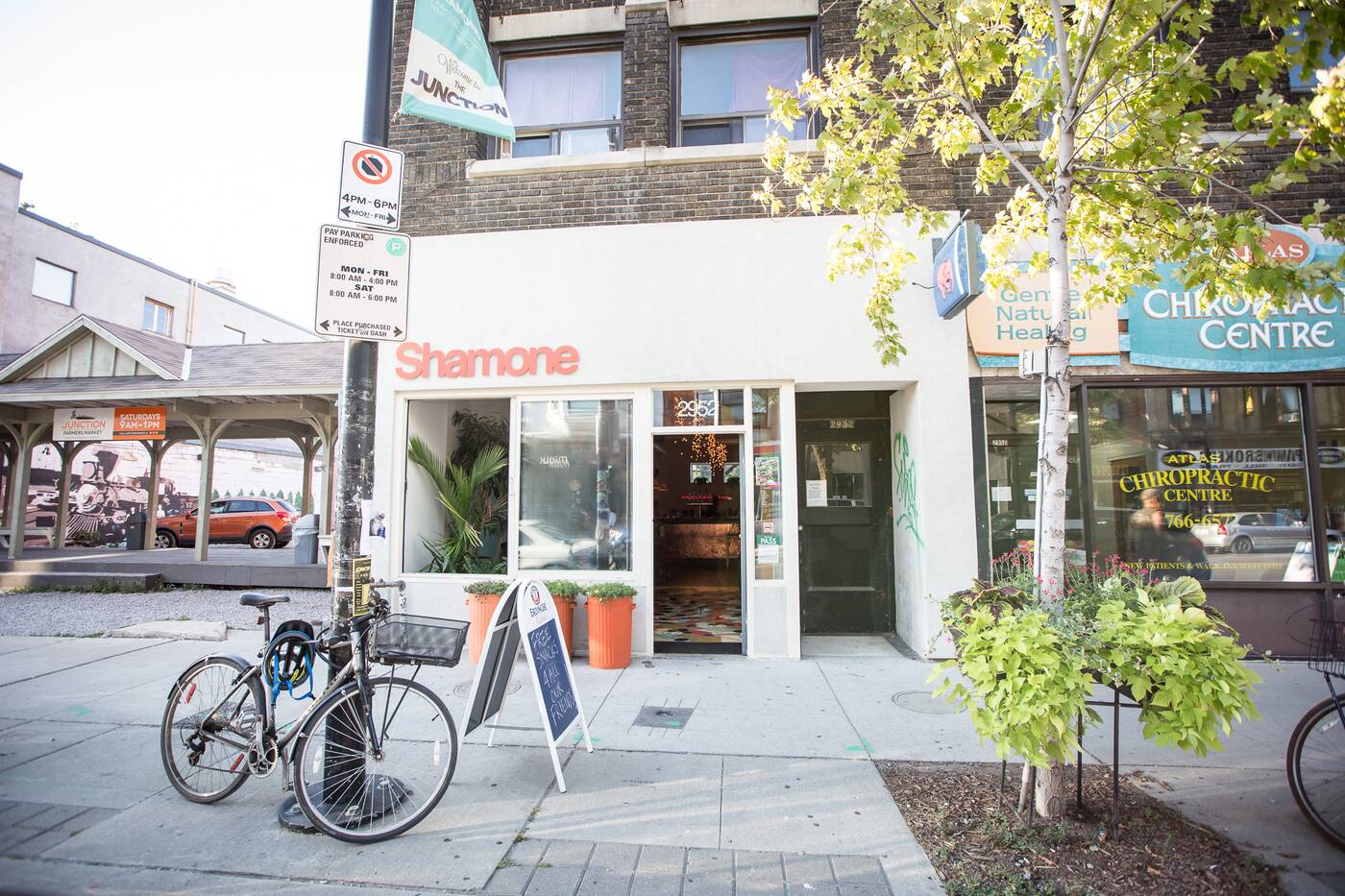