Nothing Fancy has X's and arrows on the floor for social distancing in case of lineups and to direct the flow of traffic, mobile shields that can be placed between groups, and uses a contact tracing attendance sheet.

Nothing Fancy is just that: a no-frills bar putting on free weekly live comedy shows.

The space was formerly home to Red Light, and the back patio is now used for socially distanced performances. 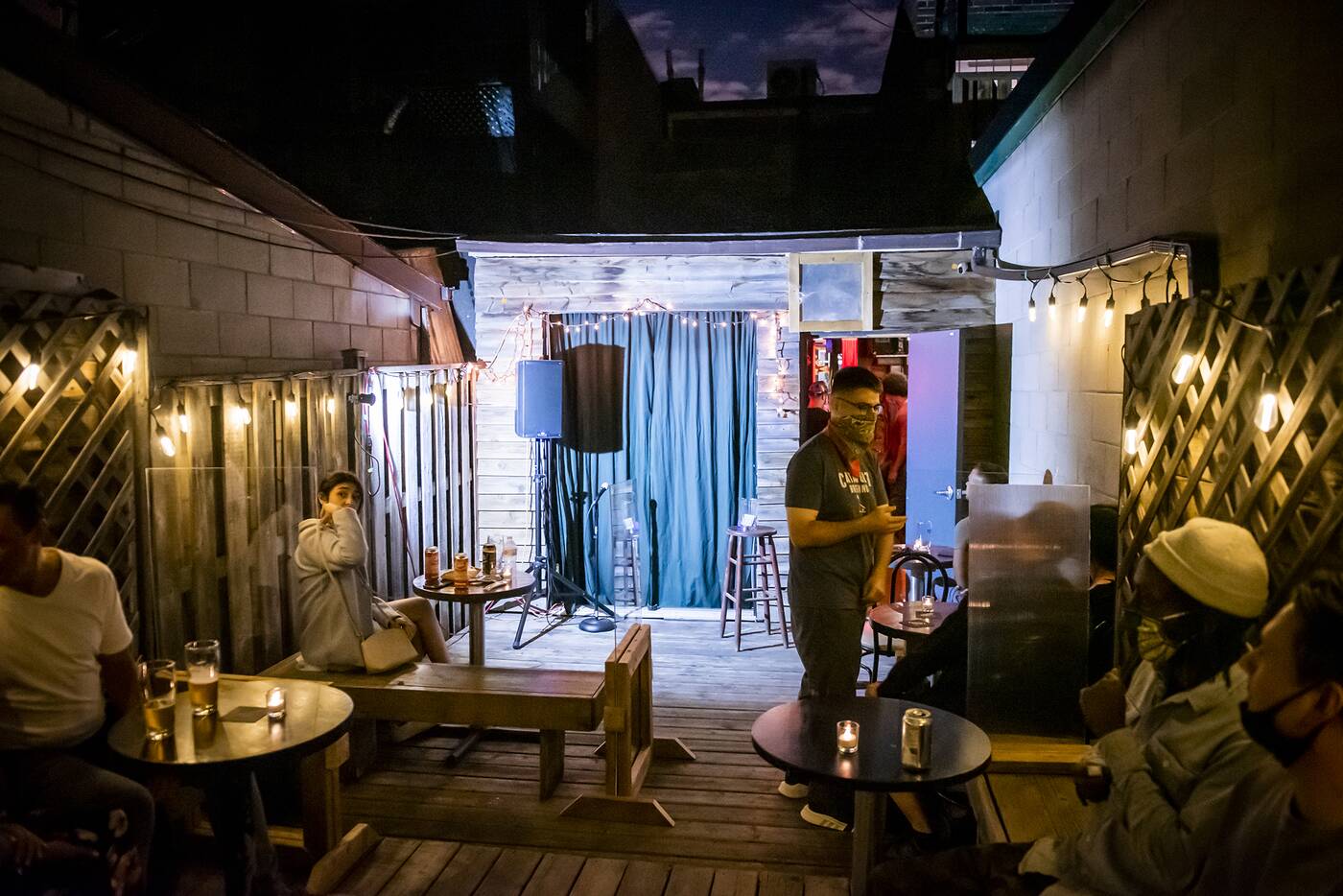 An emerald curtain hung in a doorway bordered by string lights with a single speaker and mic makes for a fine stage. Benches and chairs that provide seating for a maximum of 16 people are separated by transparent barriers. 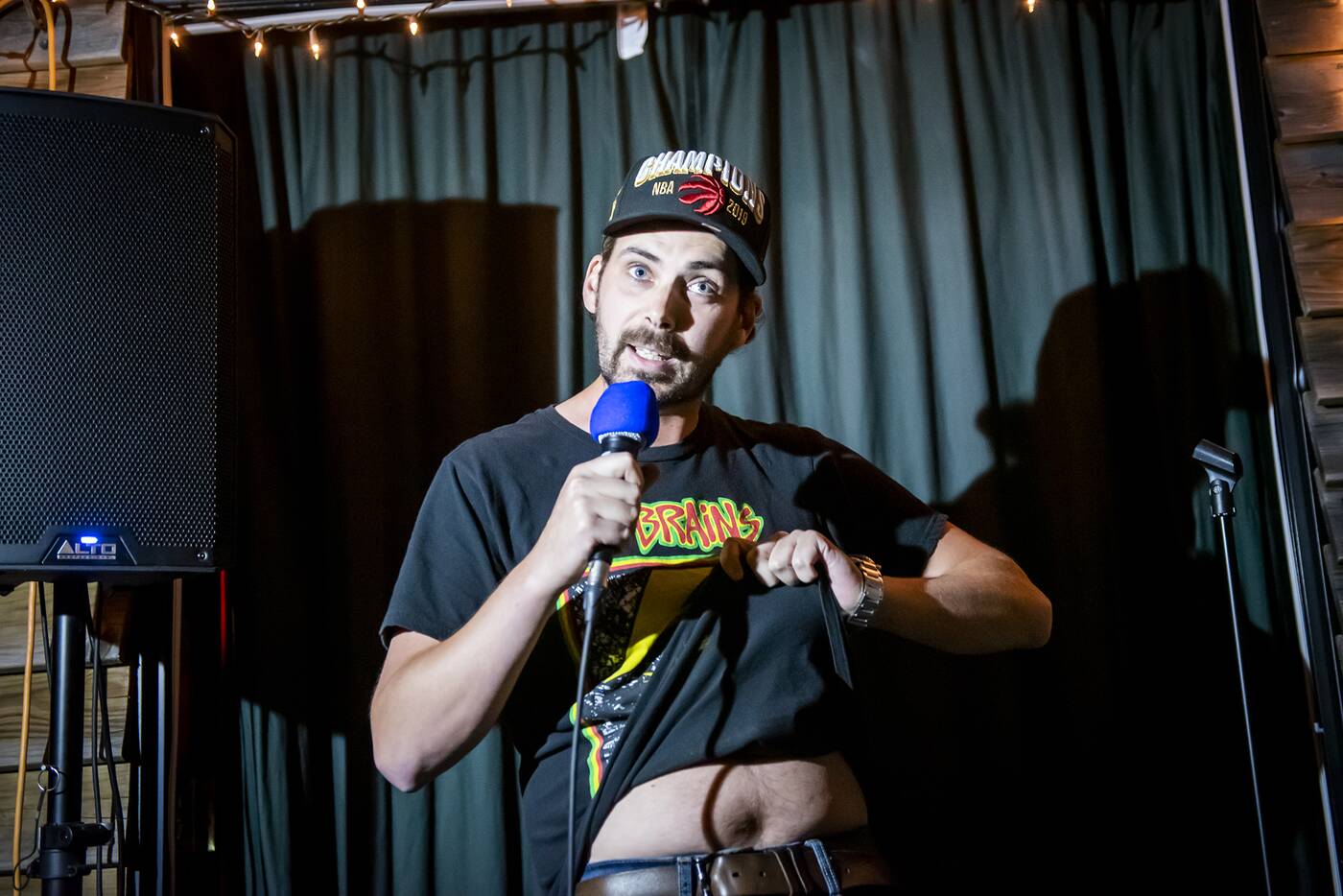 The Nothing Fancy Show starts every Wednesday around 8:30 p.m., and it's recommended you get there early to secure a spot because of the tight space. DM the bar on Instagram to request a reservation for a specific date.

The show is presented by Graeme Barrett and Liam Andres, and usually features around eight comics, with a headlining guest and potential drop-in comics. 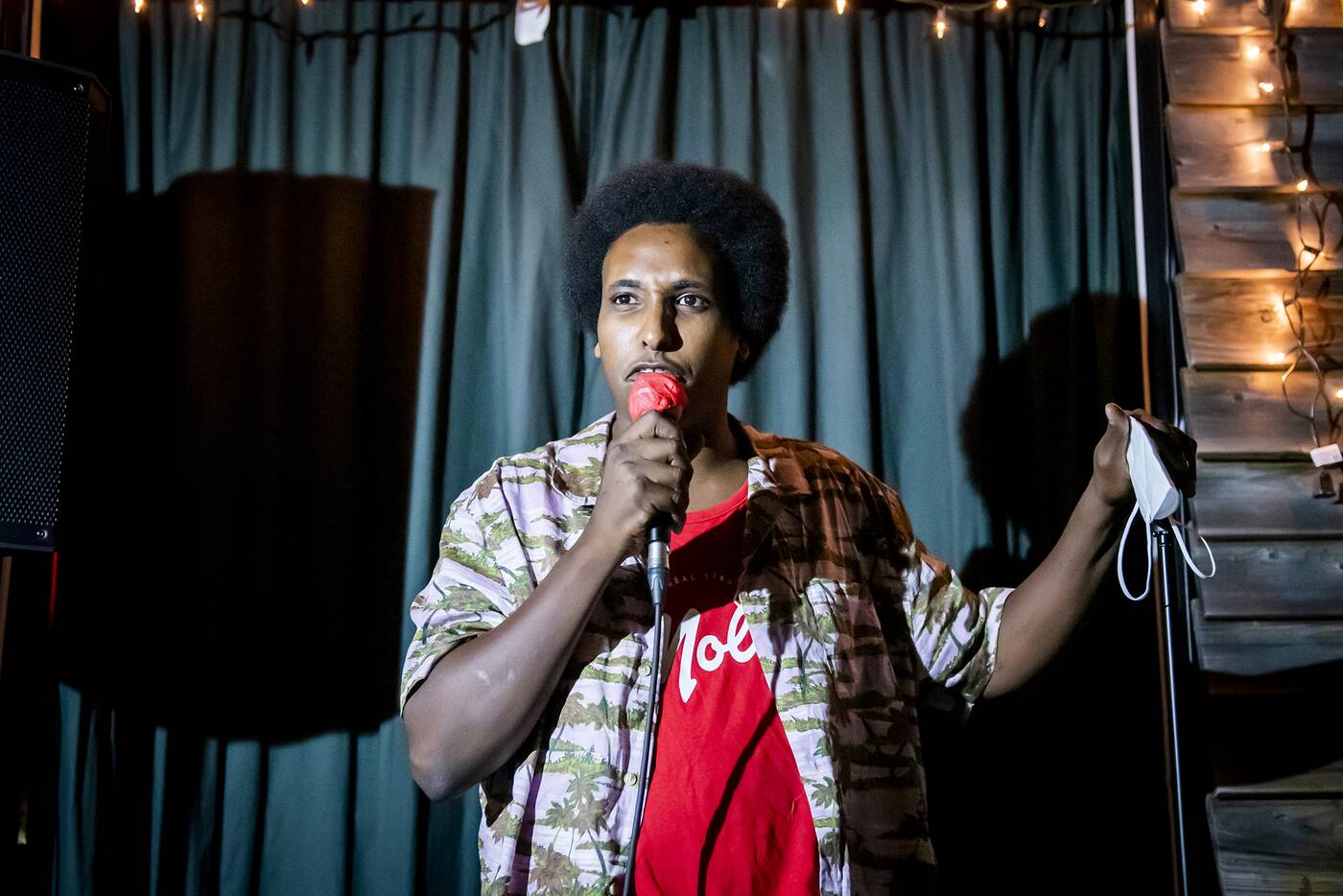 This means this show usually lasts around two hours and there's no set break in programming, so crowding issues don't occur during any sort of intermission. If you want to grab another drink or use the washroom, choose a good moment to mask up and discreetly head inside.

Some comics have sleeves to put on the mic, and the host swaps in his own mic to introduce comics between sets.

Though The Nothing Fancy show is free, there is a bucket where you can donate cash at the end. There are also shows with covers on other days of the week. You might also find shows like Pangstars happening here. 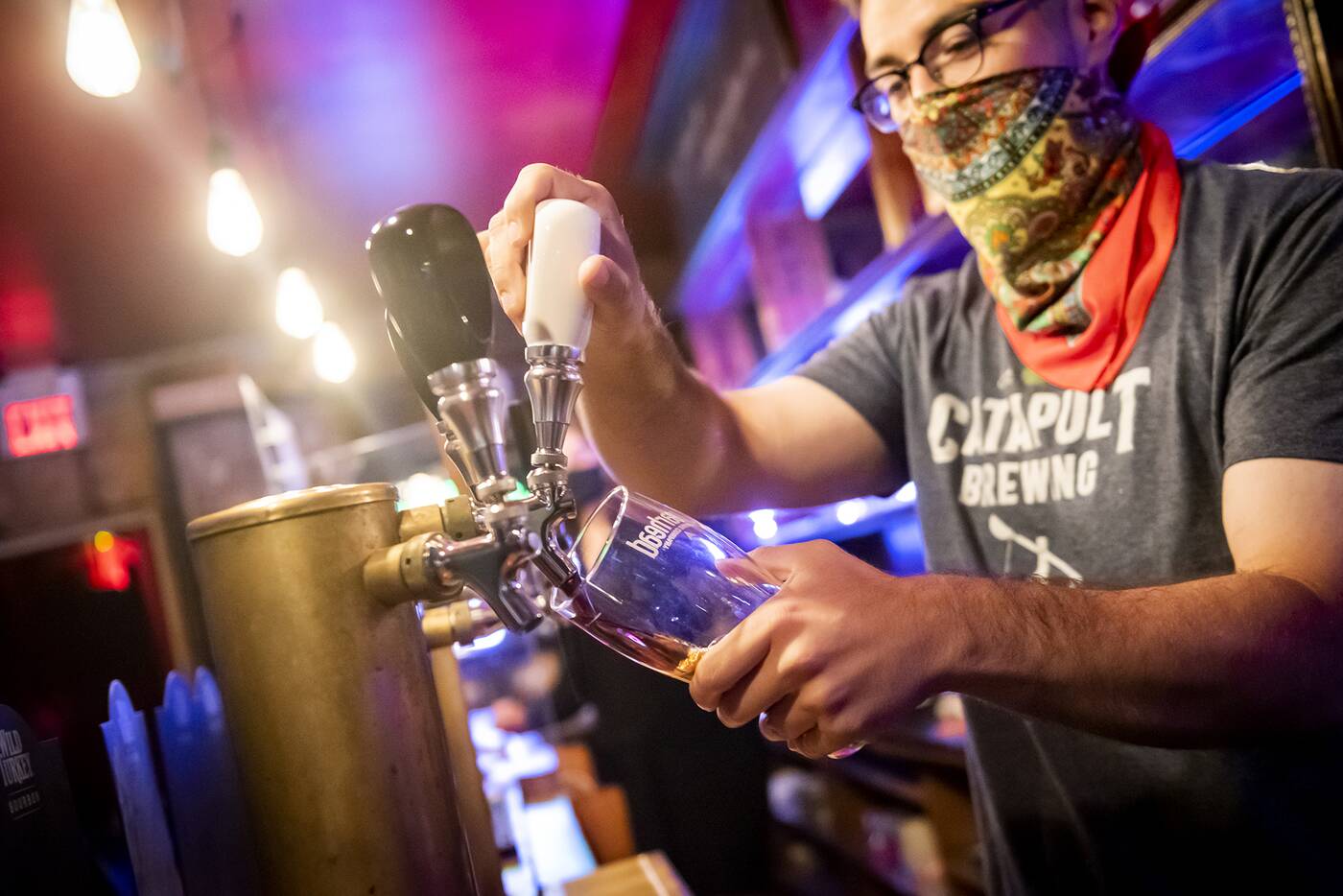 A Spearhead Jamaica Fire ($7.50) is one of several offerings from the brewery, with others on draft and in cans from Lost Craft, Great Lakes, Oast House and Catapult. 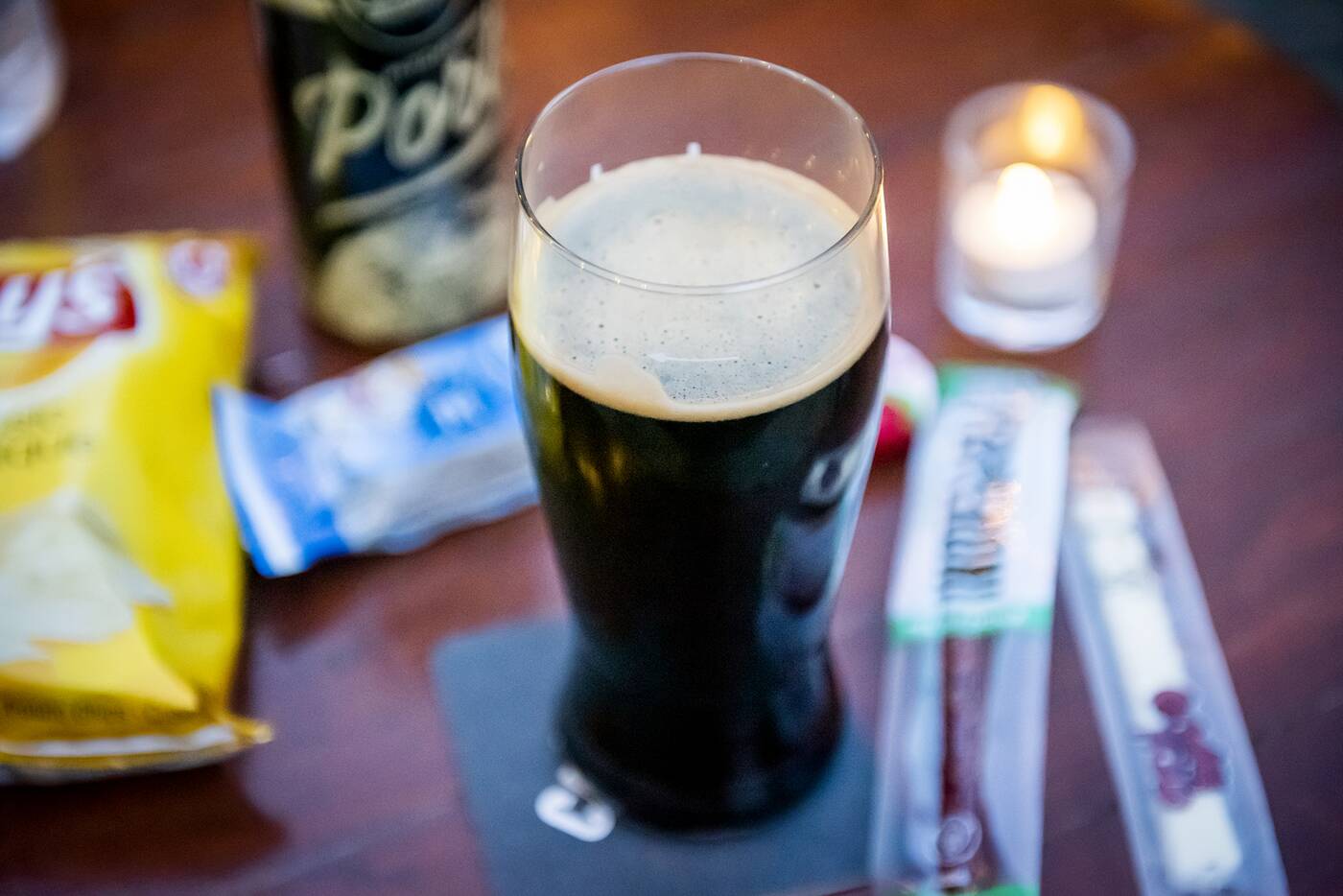 The Jamaica Fire is dark and toasty with lots of tingly spice. 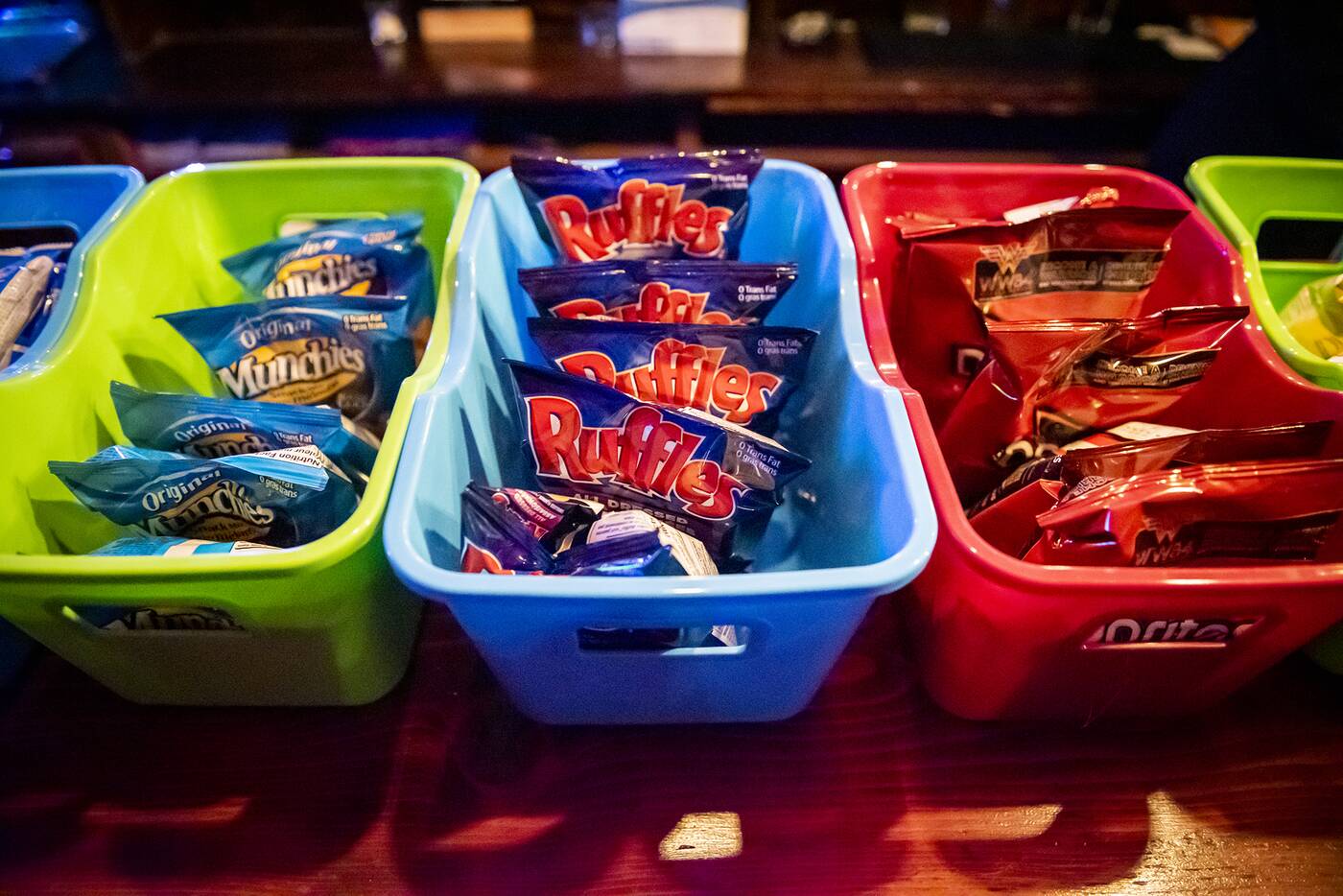 Snacks are mainly limited to bags of Ruffles, Lays, Munchies and Doritos ($3). 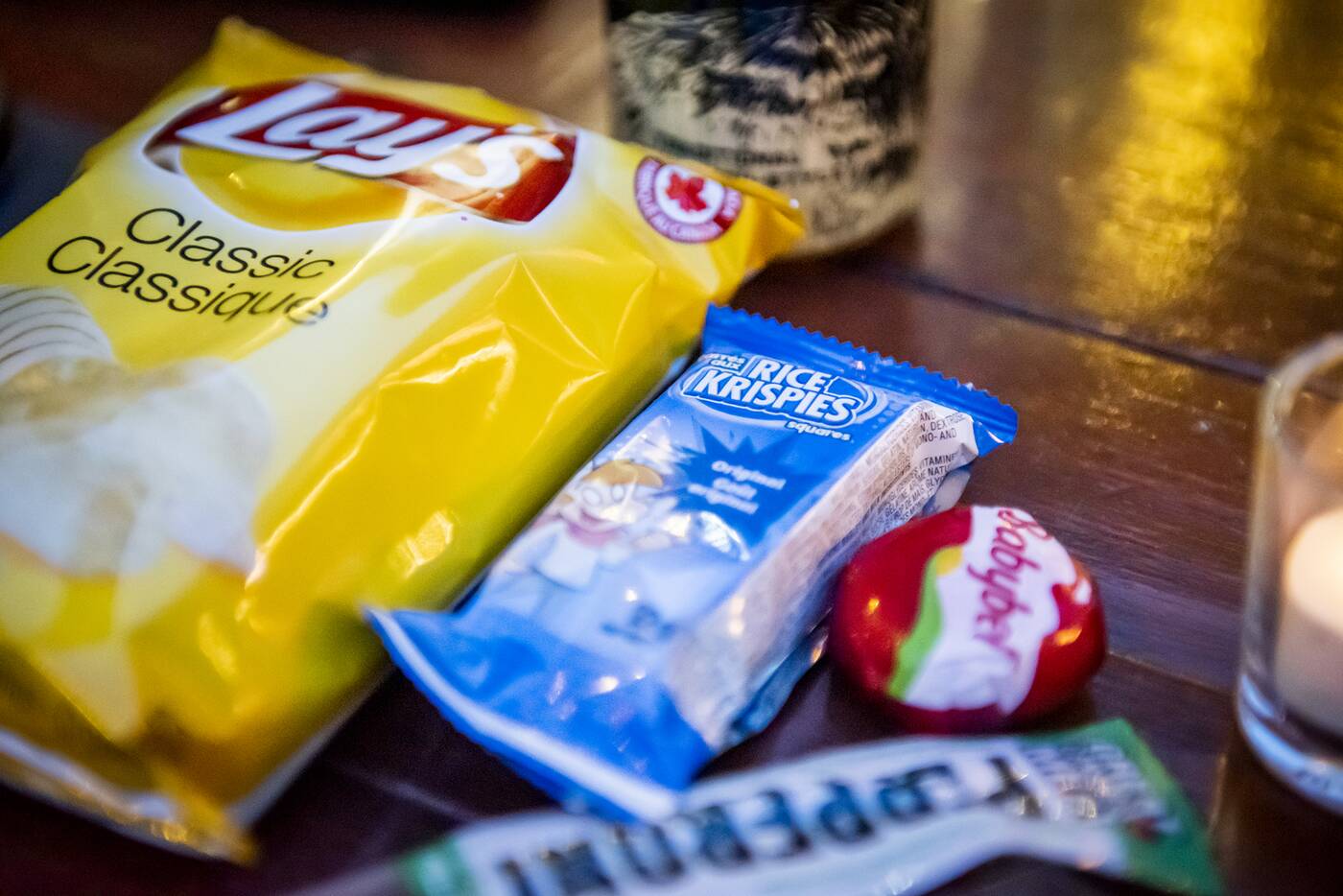 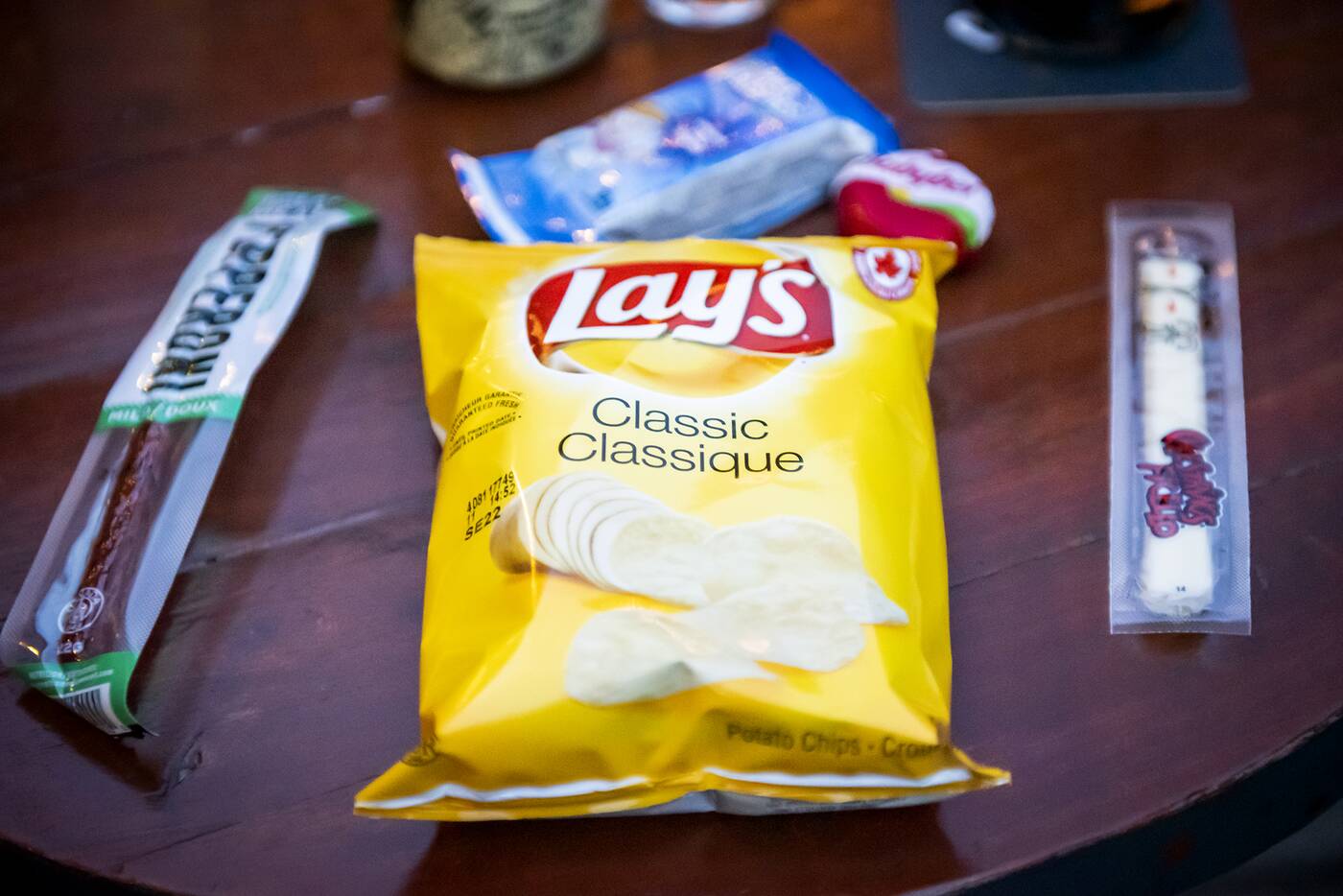 Throw together a cheese string, pepperettes ($1.50) and Babybel ($2) and you've got yourself a charcuterie of sorts. 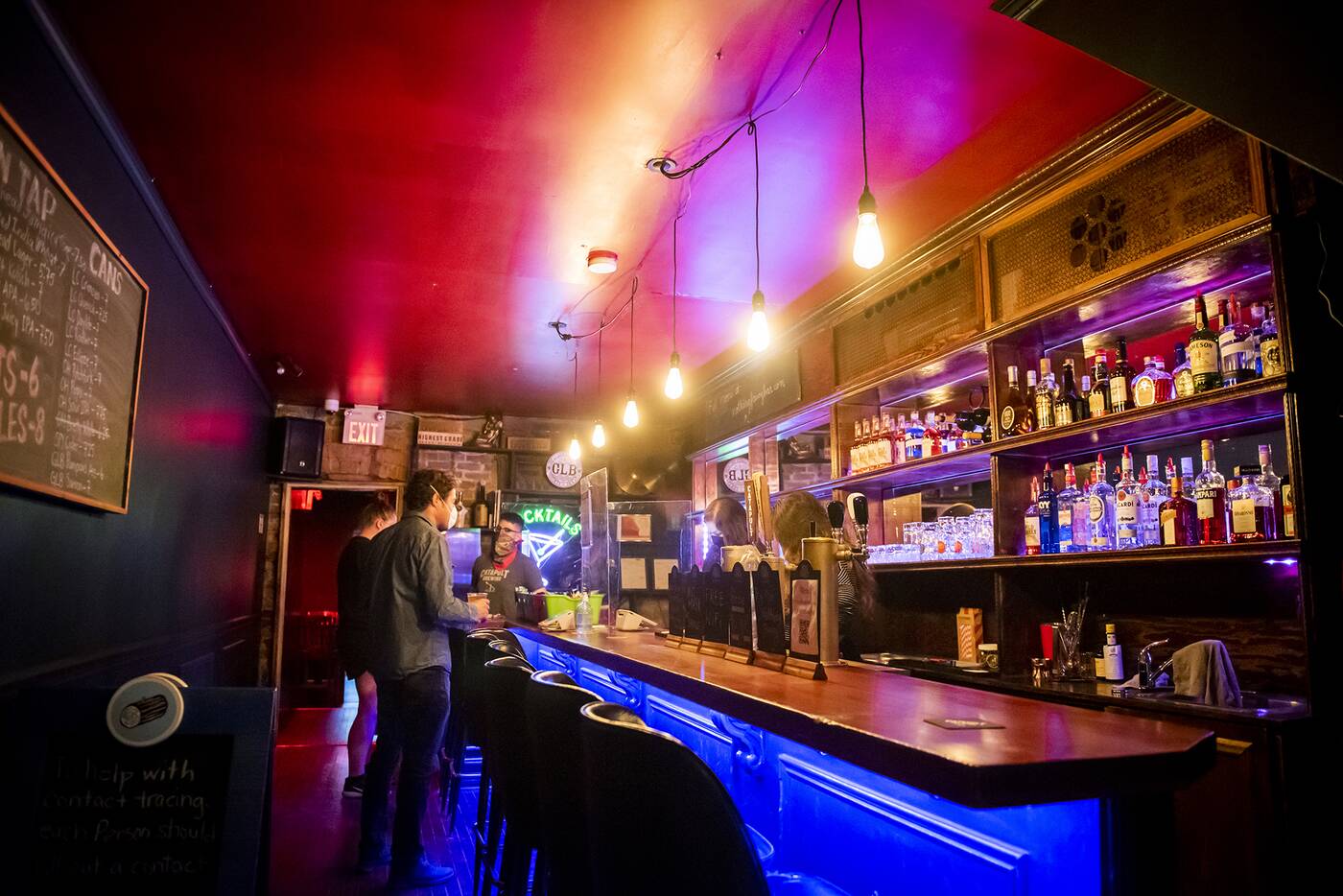 Take care to note that the back patio closes at 11 p.m. 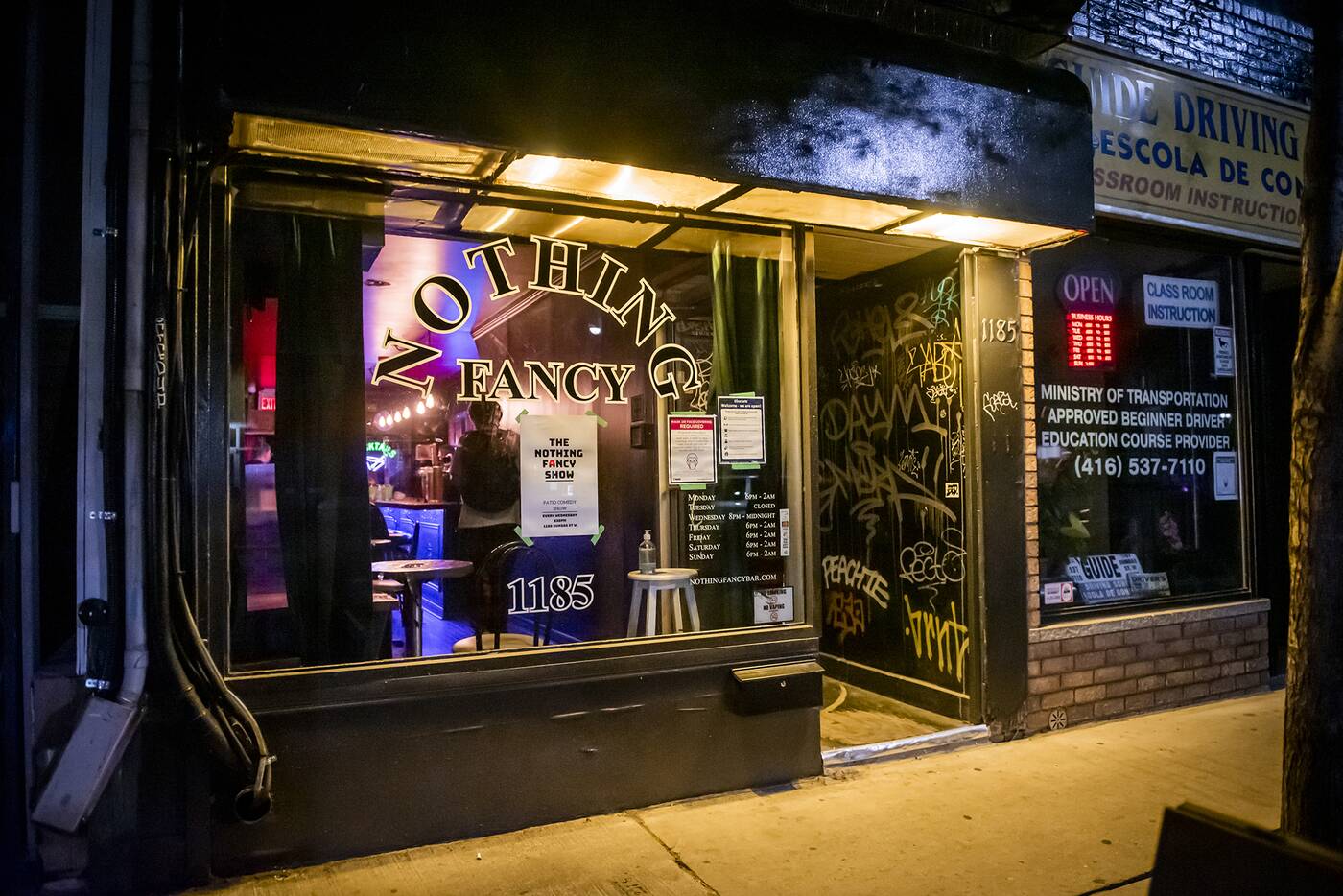