Meltdown eSports bar is a franchise originating in Paris. With a Toronto home at College and Ossington, itâs the place near Little Italy to go for video games and drinks.

Inside, Meltdown is a long room, lit with green light and decorated with camouflage and fake bins of toxic waste in a nod to everyone's favourite gut-wrenching war-inspired game. 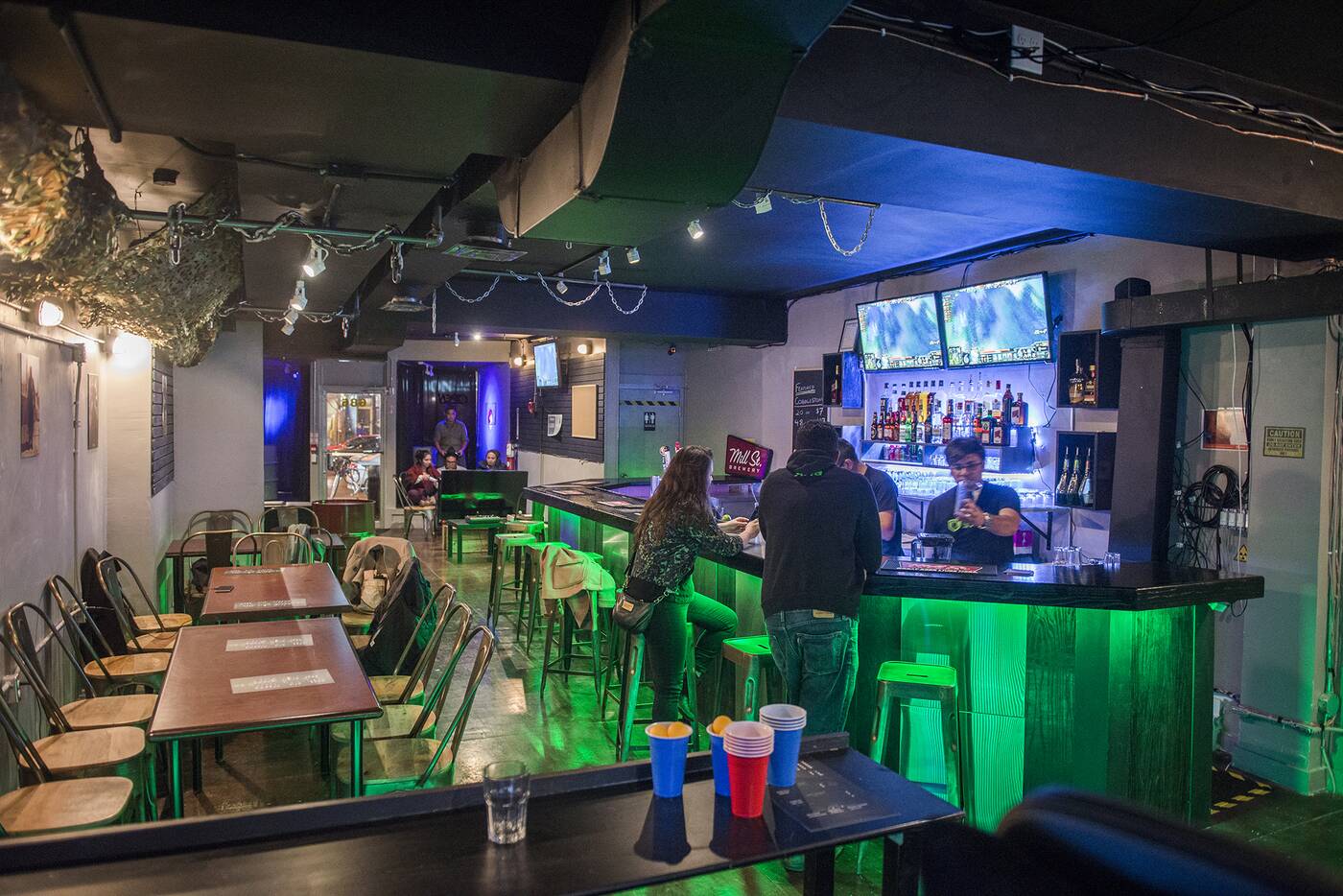 At the front, there is comfy seating and a big screen hooked up to a PS4, a Nintendo Wii, and an XBox One. Though Meltdown focuses on traditional eSports, there's also the option to play the super fun Jackbox games for those of us who want esports with a side of esnickers. 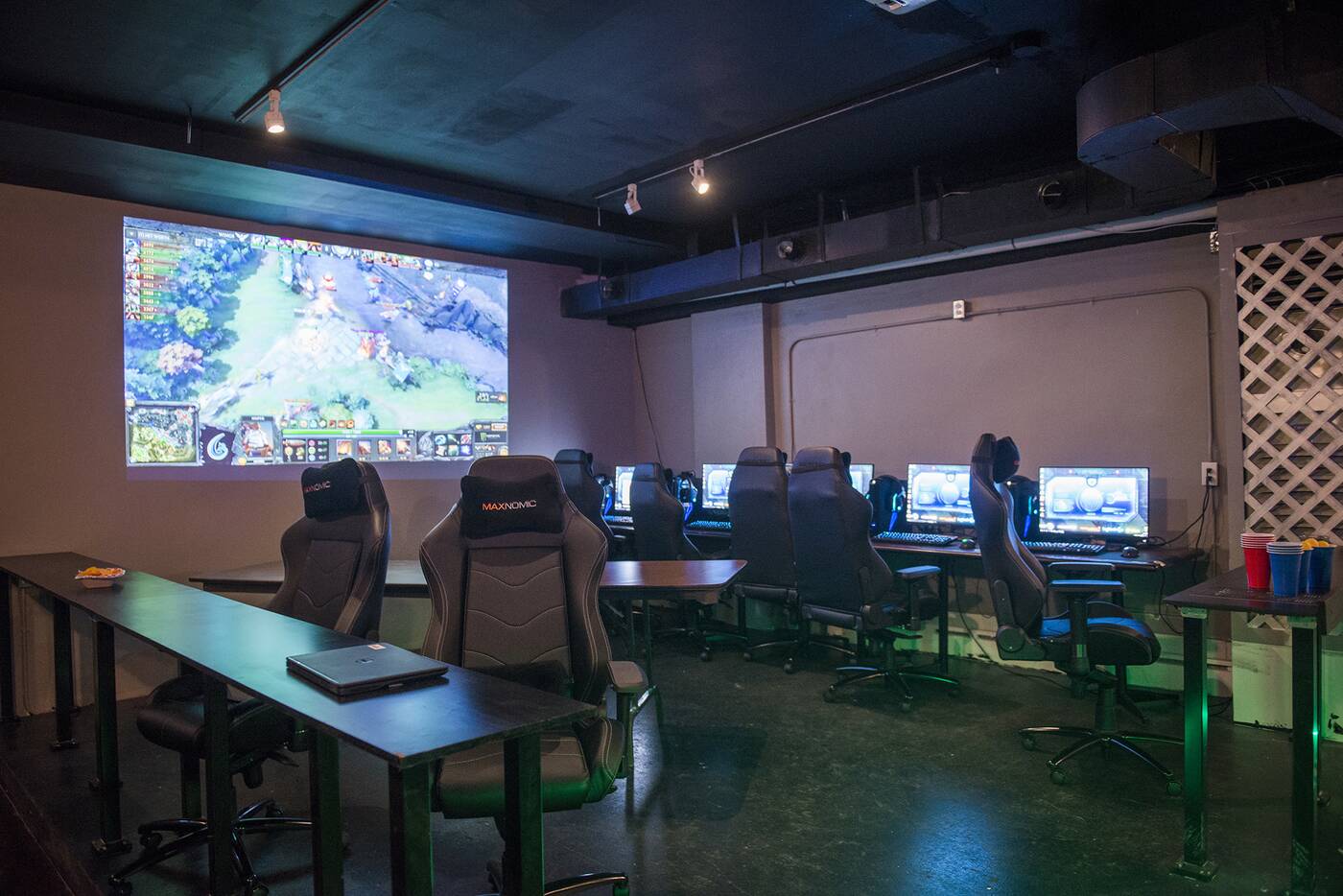 There are streamlined leather sofas along the other side that remind me of brand new bottle service booths from an Entertainment District club, yet to be covered in spilled cranberry juice and smeared lip gloss and drunken tears.

Back further, the bar lines one side with tables and chairs on the other. In the very back, there's a space with five gaming PCs, and a big table that was set up for a game of mocktail pong. 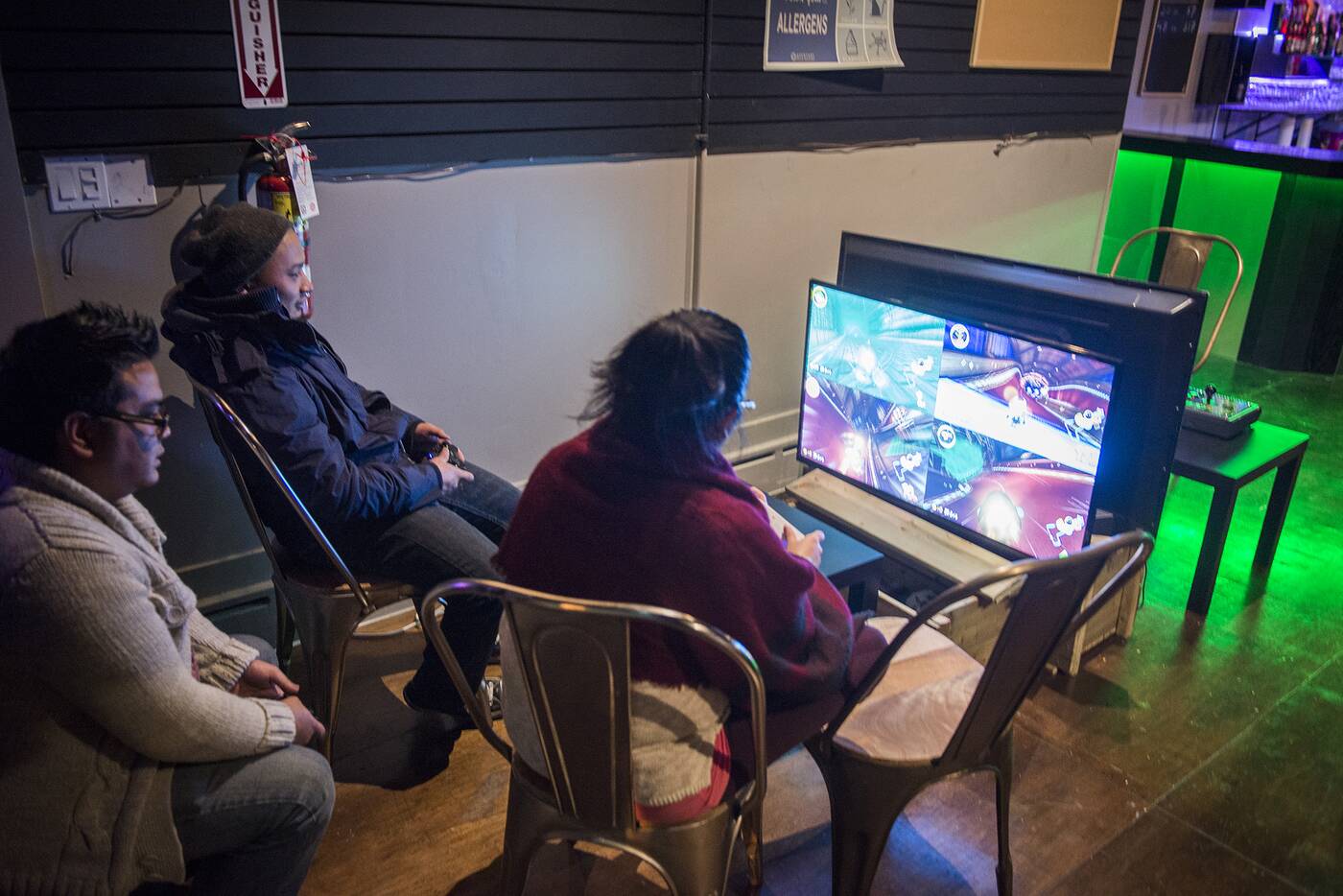 Big TVs line the walls, displaying twitch streams of various games for the voyeuristic gamer.  With cool music and a laid-back vibe, the space feels very much like a house party, especially because unlike other eSports bars, gaming at Meltdown is completely free. 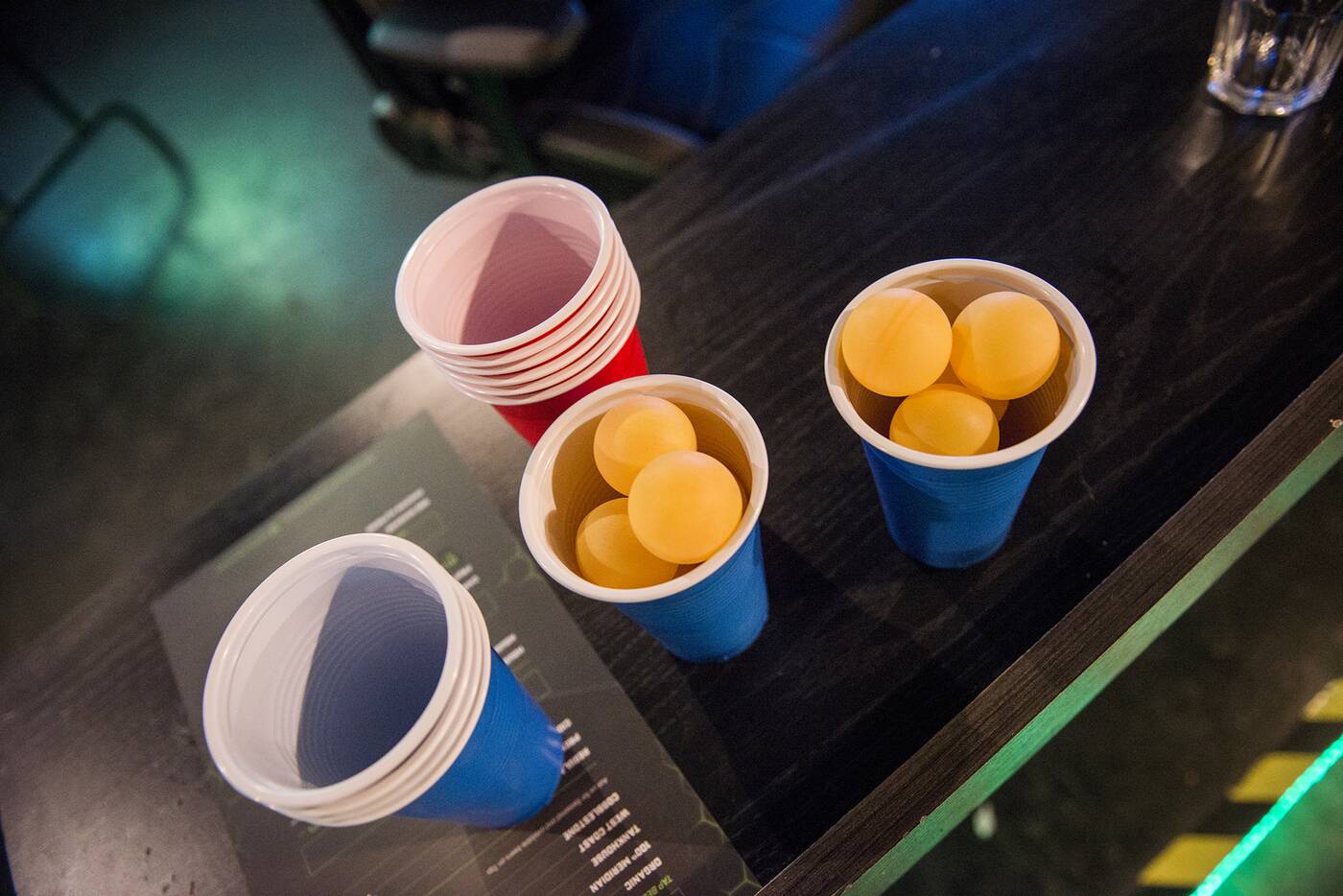 Though patrons are encouraged to imbibe, there's no cost or limit to the video games at Meltdown. 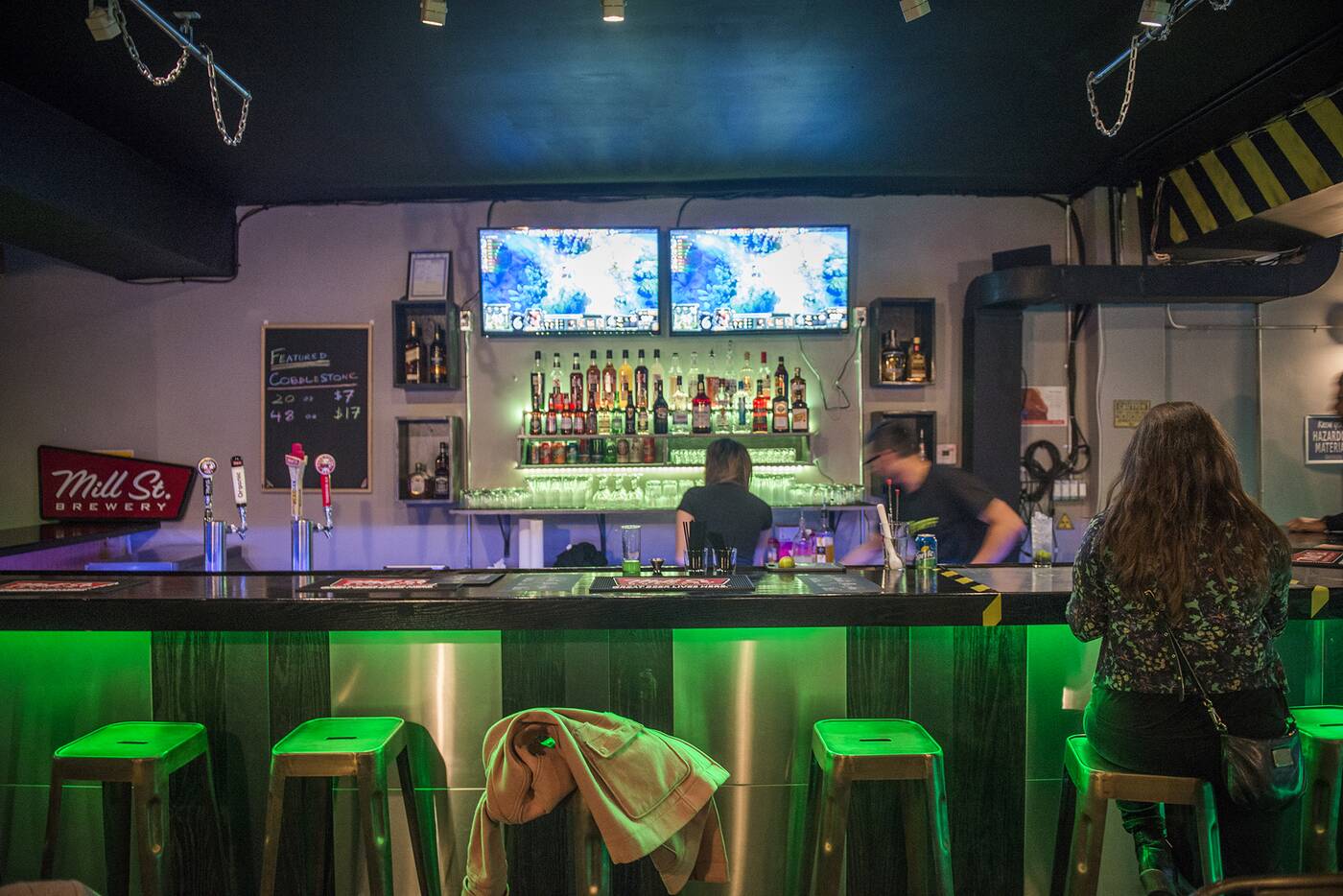 Because I have such a duty to report non-biased, agenda-free information, I sampled a number of drinks. In an effort to be transparent, I honestly probably sampled more than I should have.

I tried the Dr. Boom ($14), which is actually a cocktail that comes with two shots of Jagermeister on the side that have been lit on fire. The Jager was surprisingly excellent, tasting like a roasted marshmallow, and the actual cocktail was a blend of violet, lime, coconut and Monster Assault that came together in a way that reminded me of a white freezie. 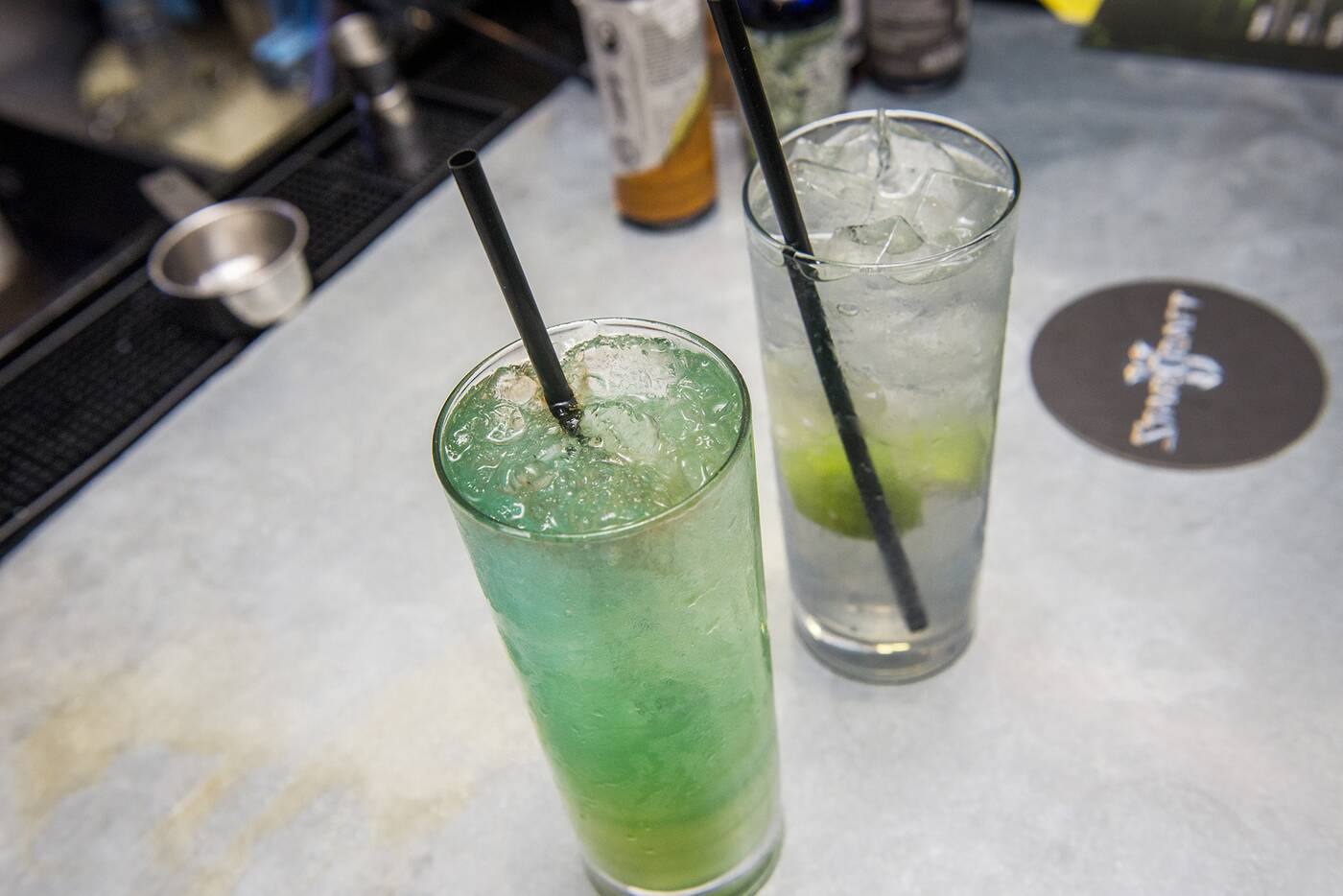 I also tried the Spectrum ($9) with flavours of green melon, pineapple, lime, and rum, which was very fruity and refreshing. Next, I had the Ragnaros ($9), a unique drink that was the highlight of my night. It was rum-based with notes of orange, tabasco, and smoked chili bitters. 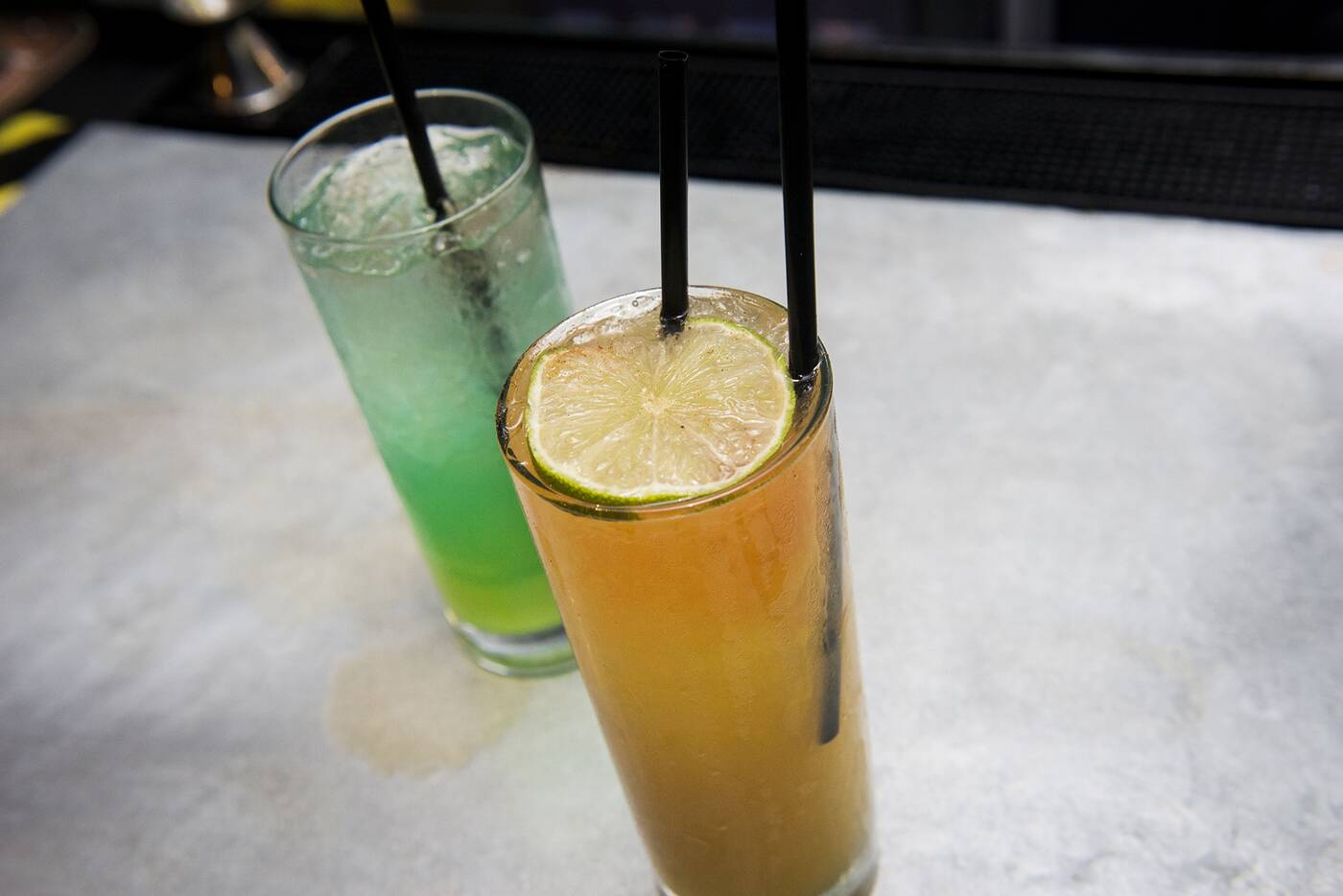 This one was also set on fire, my new favourite cocktail add-on (Jack Astors, if you're reading this, please don't even think of serving me my signature half pinot grig/half sugar free Red Bull without setting it on fire!). 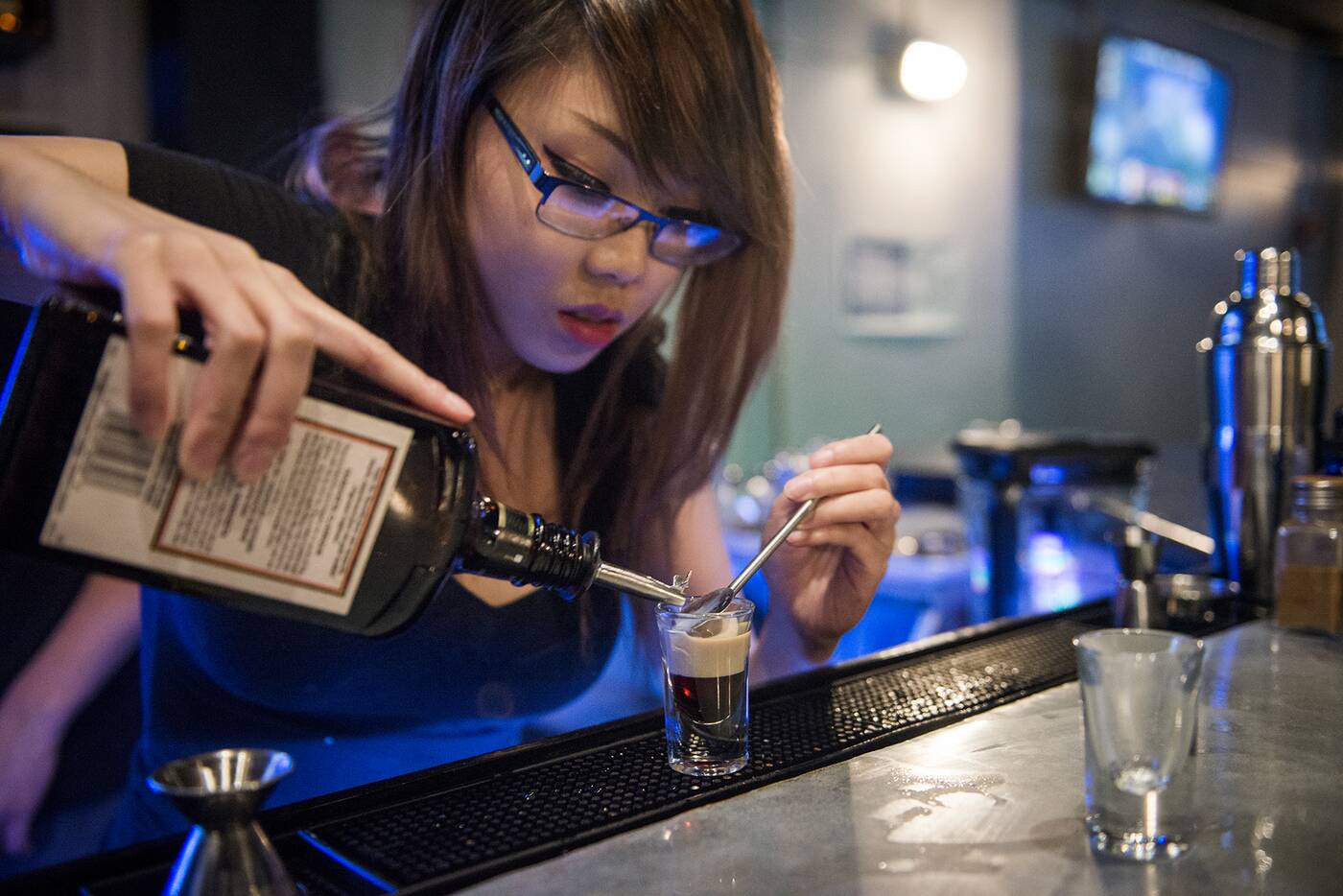 Finally, I rounded out my evening with a dessert-y shot, the Leeroy Jenkins ($4). This was Bailey's, triple sec, and cocoa, all layered together like a deliciously alcoholic trifle. 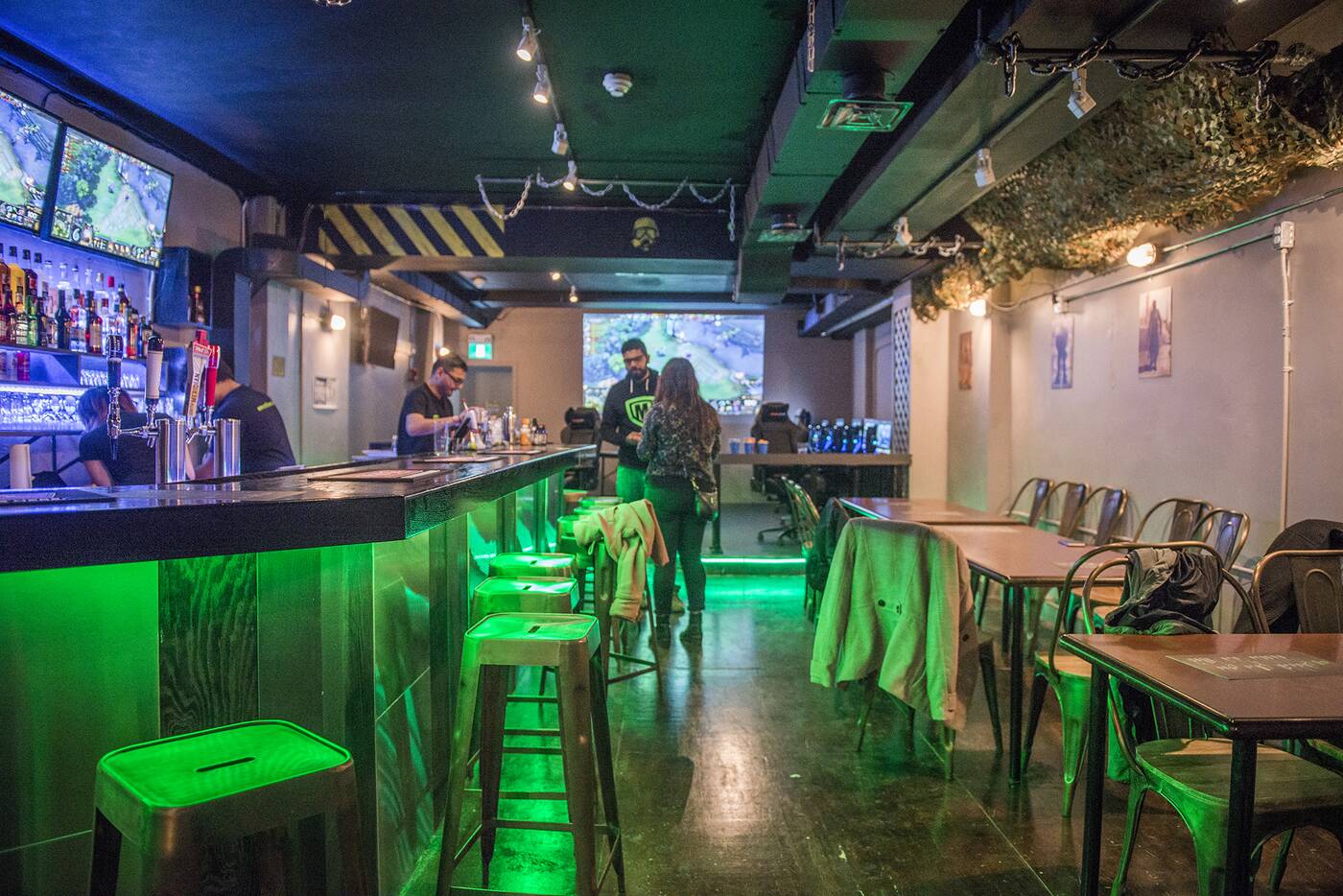 With free gameplay, creative cocktails, and a cool space, Meltdown is a great choice for video game connoisseurs who want more than just an internet cafe with a liquor license. 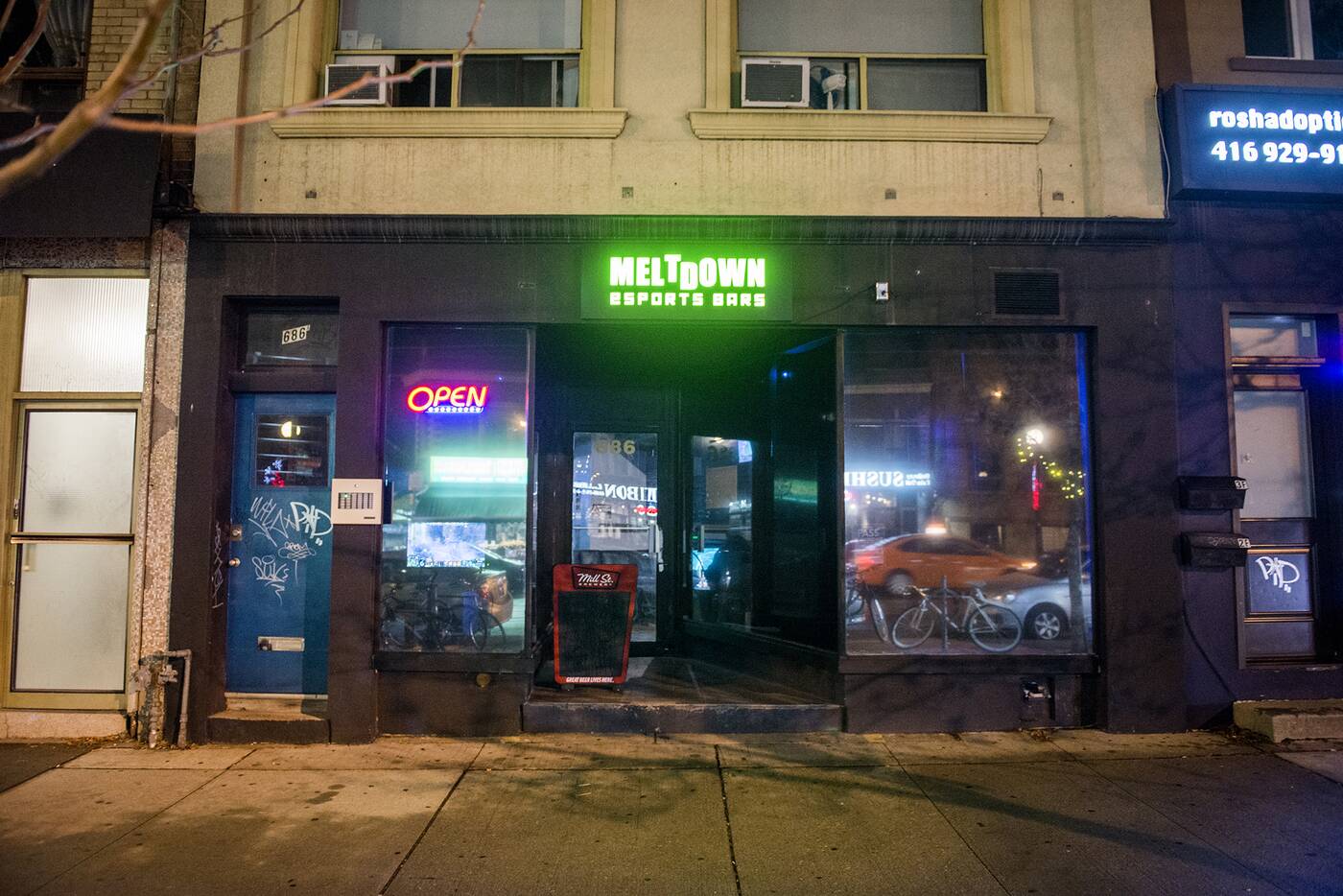