Gatsby's Speakeasy is a piano bar in Toronto that takes its name from the iconic F. Scott Fitzgerald novel.

If I remember correctly from my Grade 10 English class, Jay Gatsby threw these big, extravagant parties to make up for something lacking in his life. 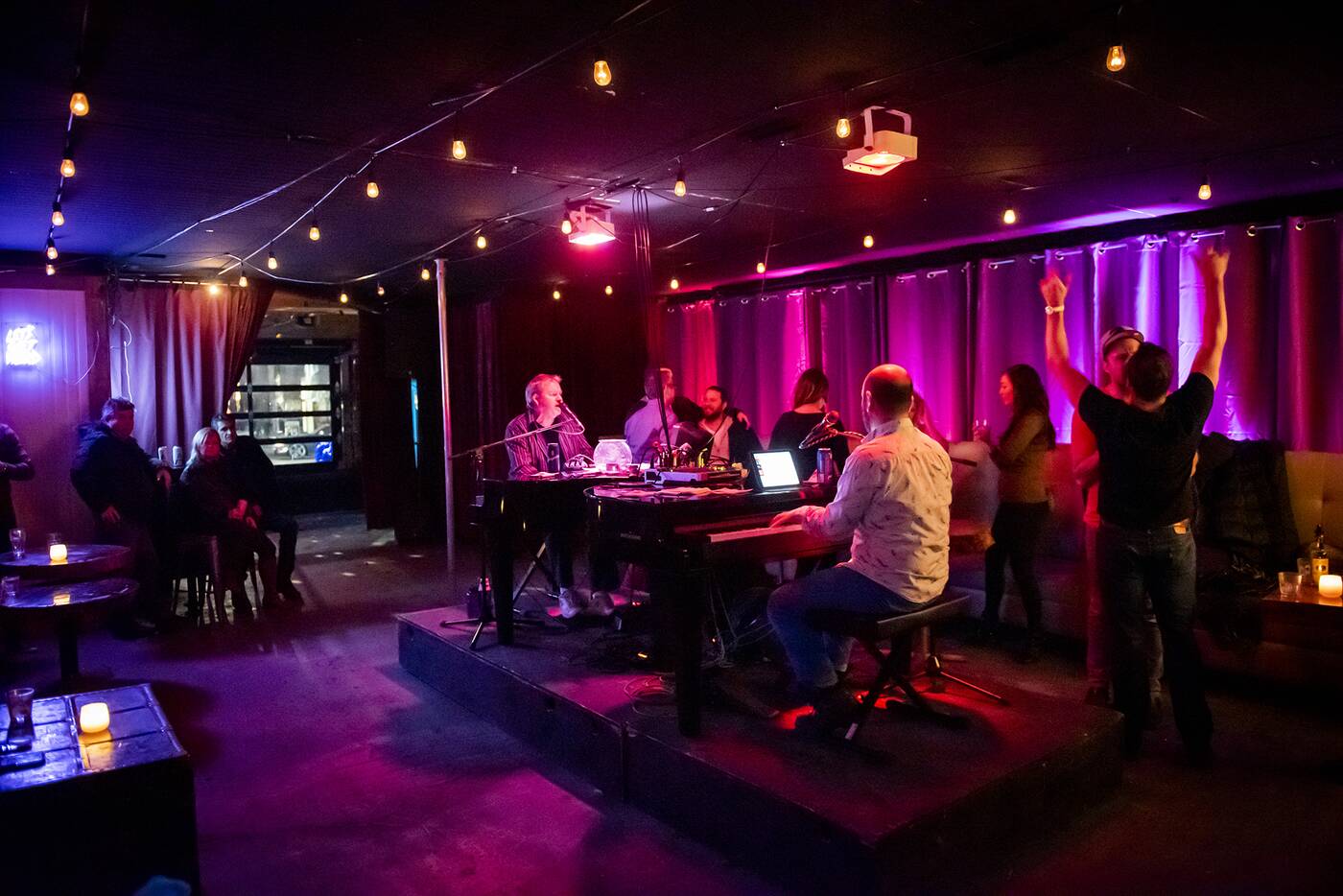 That may have been true for Jay Gatsby, but it definitely isn’t true for Gatsby, Toronto’s only duelling piano bar. Gatsby isn’t lacking anything.

Walking into Gatsby, the first surprise is that there’s no cover, virtually unheard of on King West. The second surprise is the music. 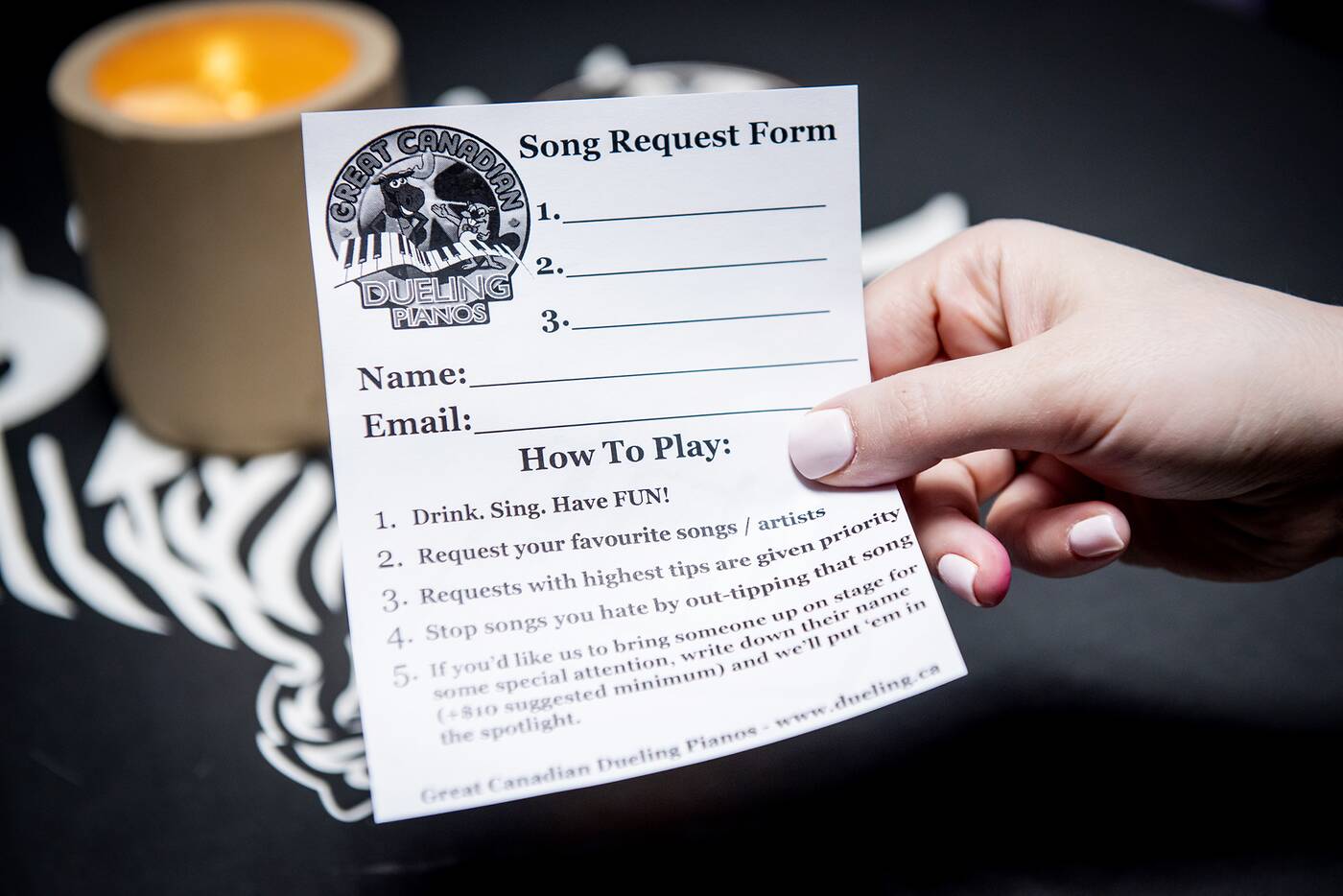 Gatsby is a duelling piano bar, which means that every Friday and Saturday from 11 p.m. onwards, two pianists play requests from the crowd at pianos that face each other. 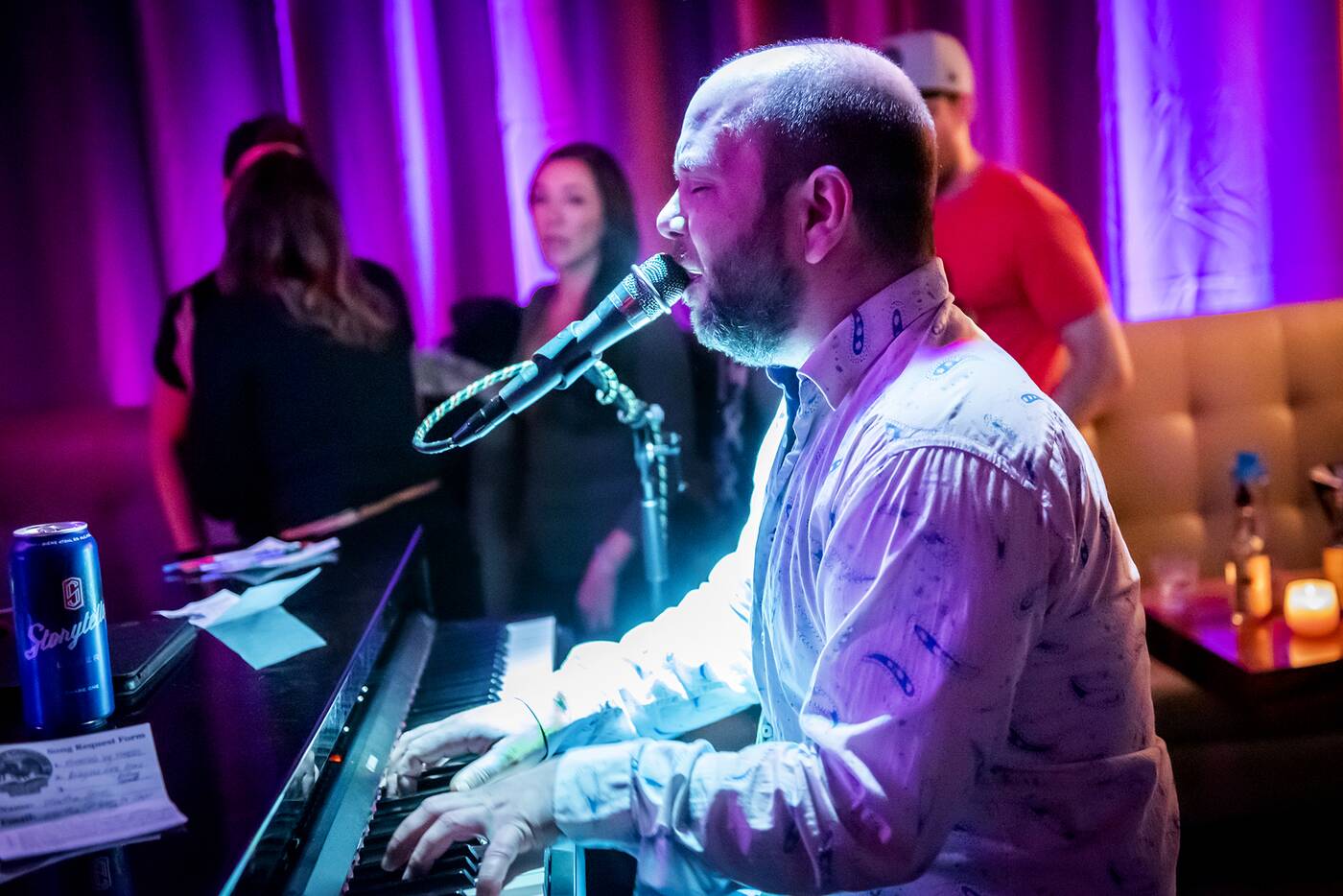 Don’t confuse this for someone droning through some muzak in the background at a hotel brunch- these talented pianists are playing rock, pop, and all the hits that patrons request.

The first room at Gatsby is small, with a bar and a coat check. The second room is where the magic happens. 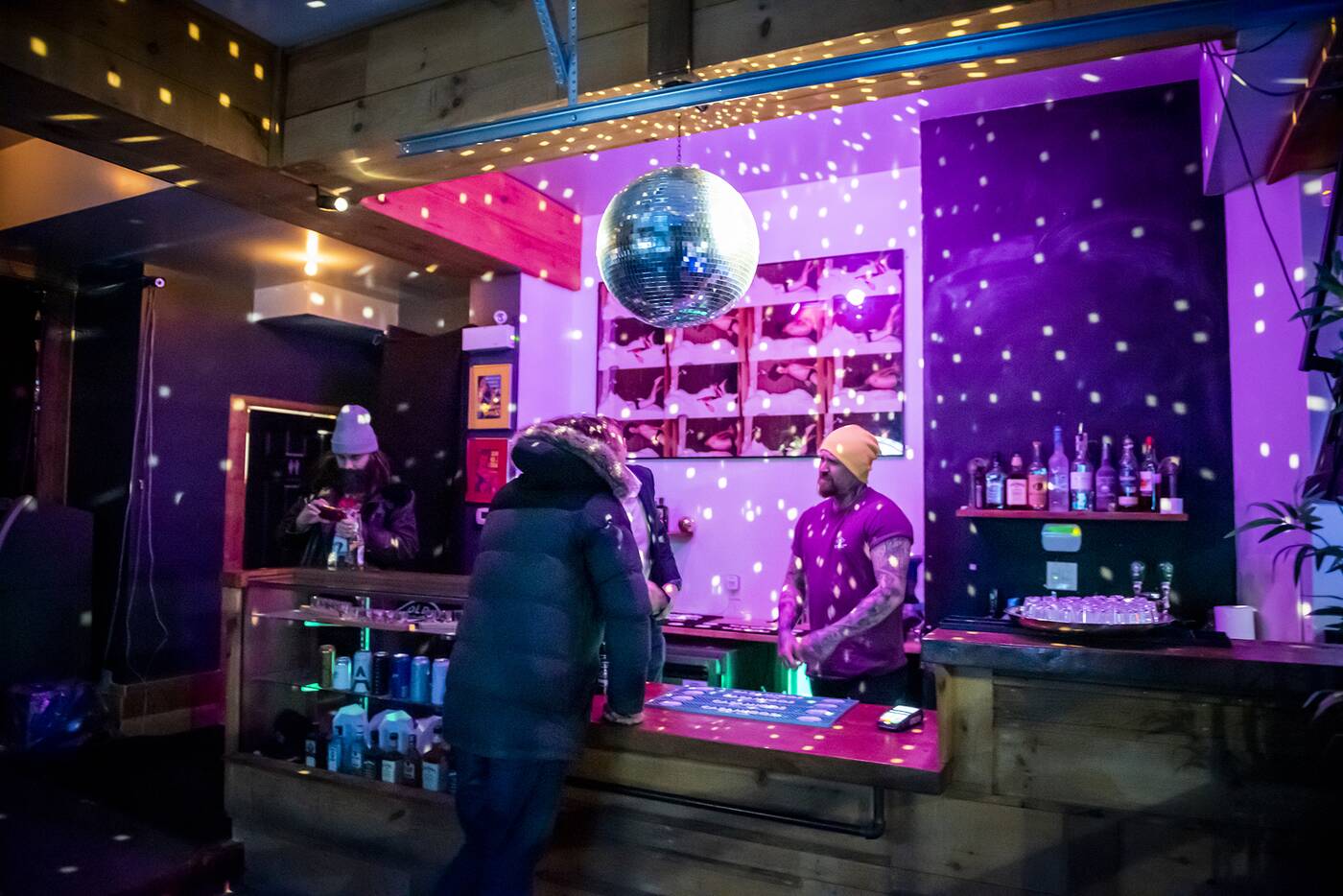 There are booths lining the walls, outfitted in white leather and set up for bottle service, decorated with pictures of the bottle service recipients (!) on the respective tables.

The two pianos are dead centre with a motorcycle in the corner and a neon “Let’s Get Weird” sign. 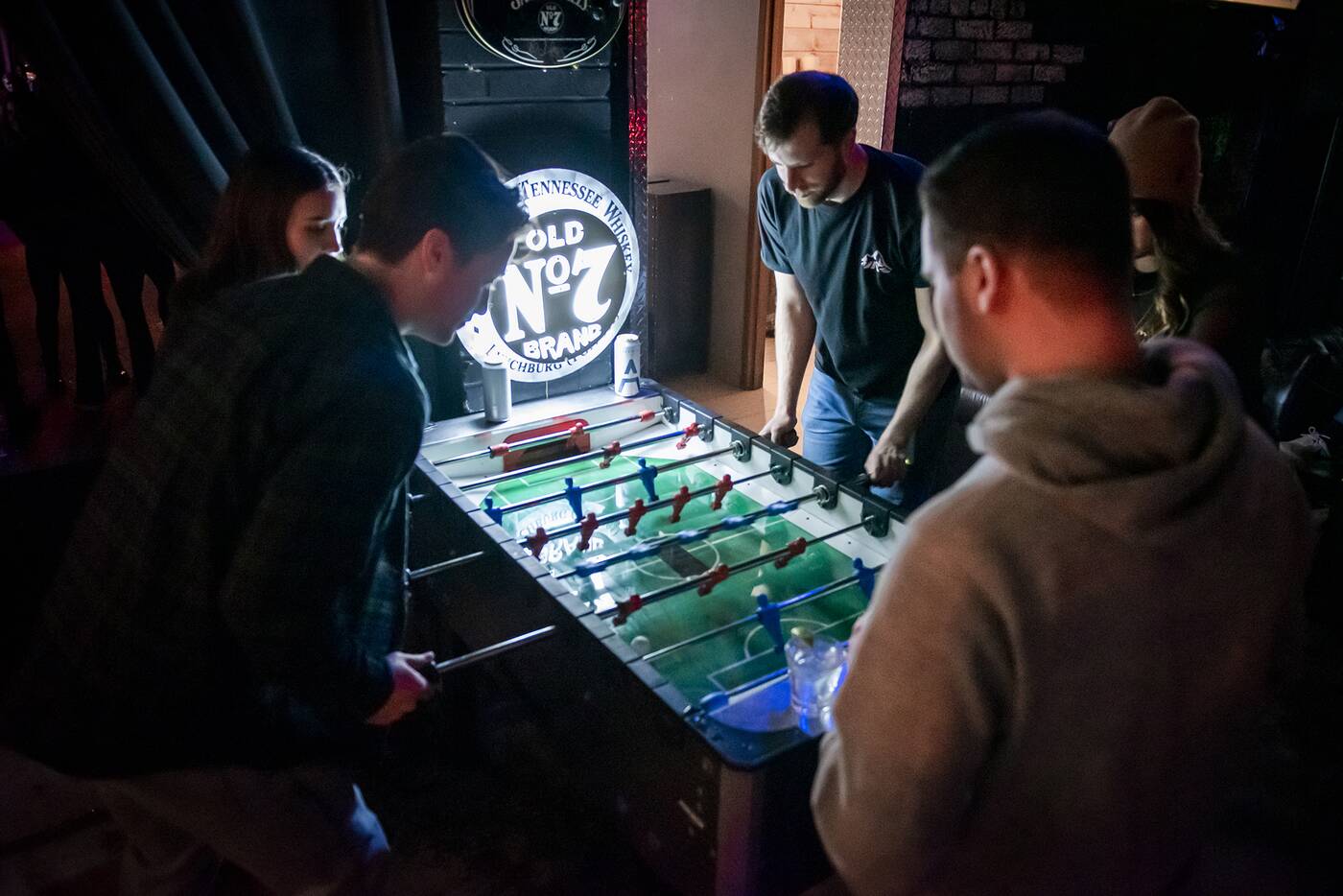 Up the ramp, the third room is a bit removed from the action and feels like a cool stepdad’s garage. The floor is cement and there are arcade games, all free to play, around the room. 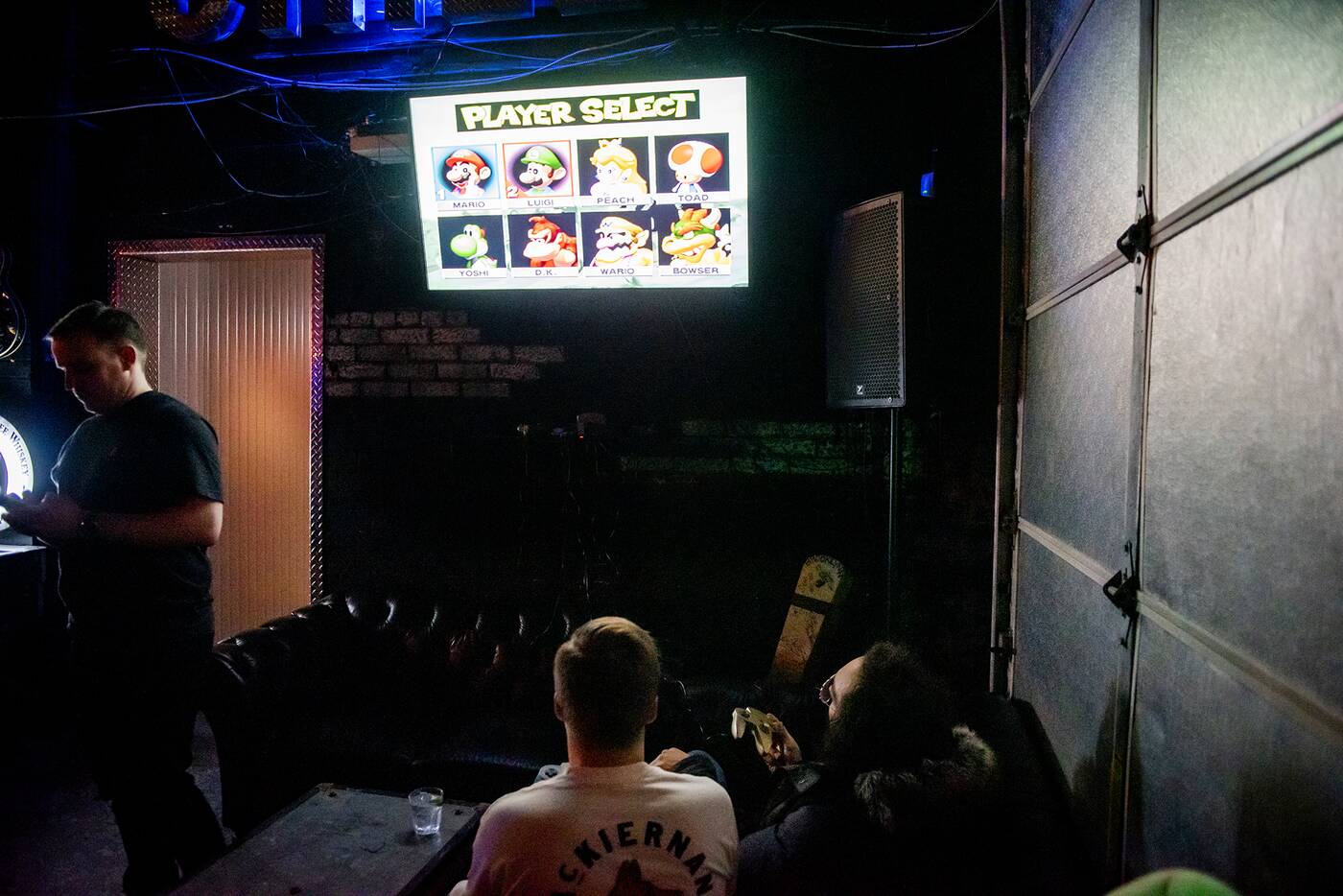 There are leather sofas scattered around the perimeter with the kind of chests in front that you as a child wished had treasure inside, but upon opening realized it was just filled with moth-eaten blankets and maps that pre-date Nunavut. To the side, there are gender-neutral washrooms, including one accessible washroom. 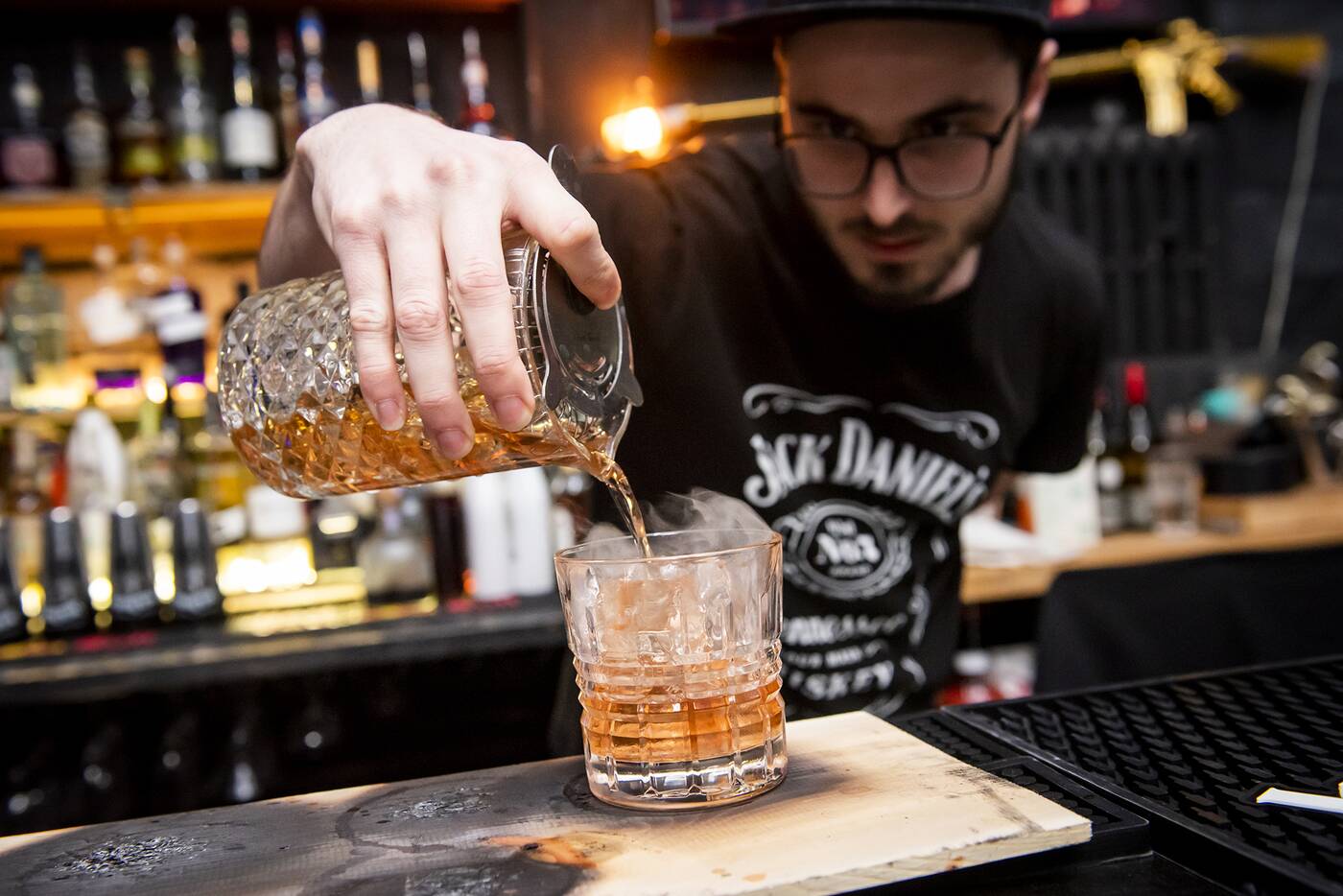 Gatsby has a wide array of offerings, and I decided to try their Old Fashioned ($13). 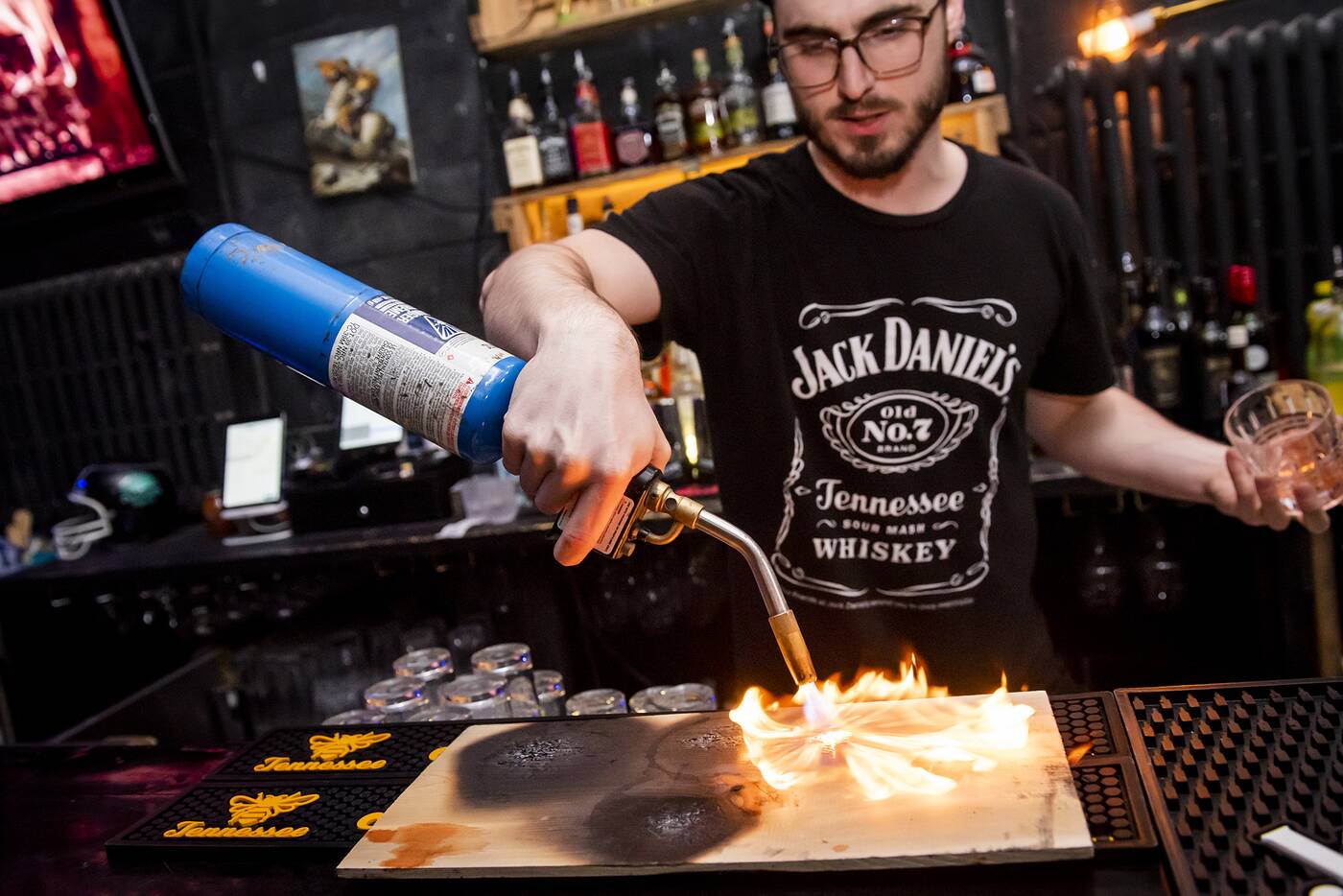 This OF had a bit of a twist with the bartender setting a small piece of wood on fire and capturing the smoke in the glass to add to the drink. 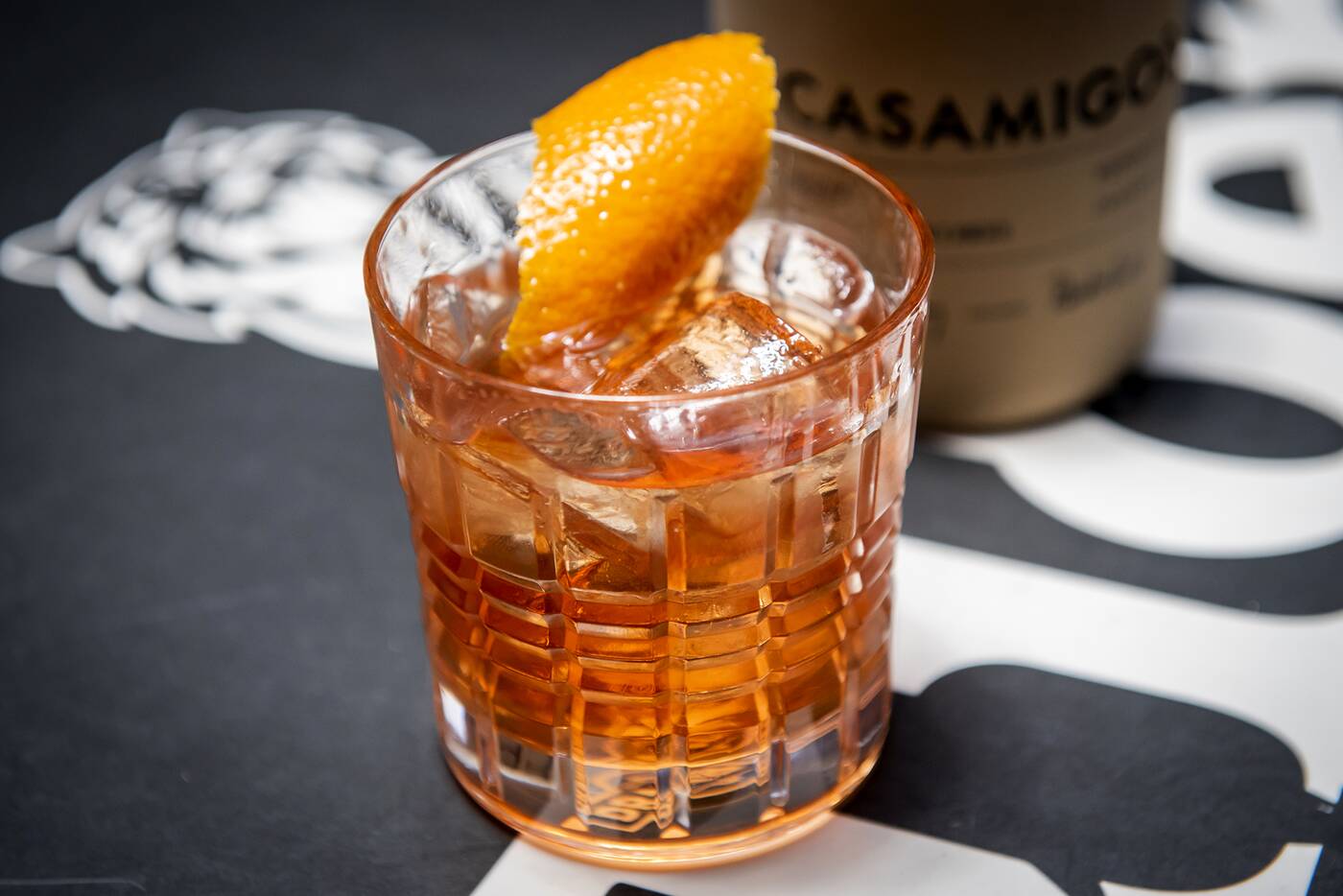 As someone whose tastes range from “I read Jessica Simpson’s memoir the day it came out” to “Dasani is my favourite flavour”, I felt a tender curiosity about whether I would appreciate the nuances of smoke infused into my drink. However, it was incredible, with super smoky tones mixed with sweetness and the sharpness of the spirits. 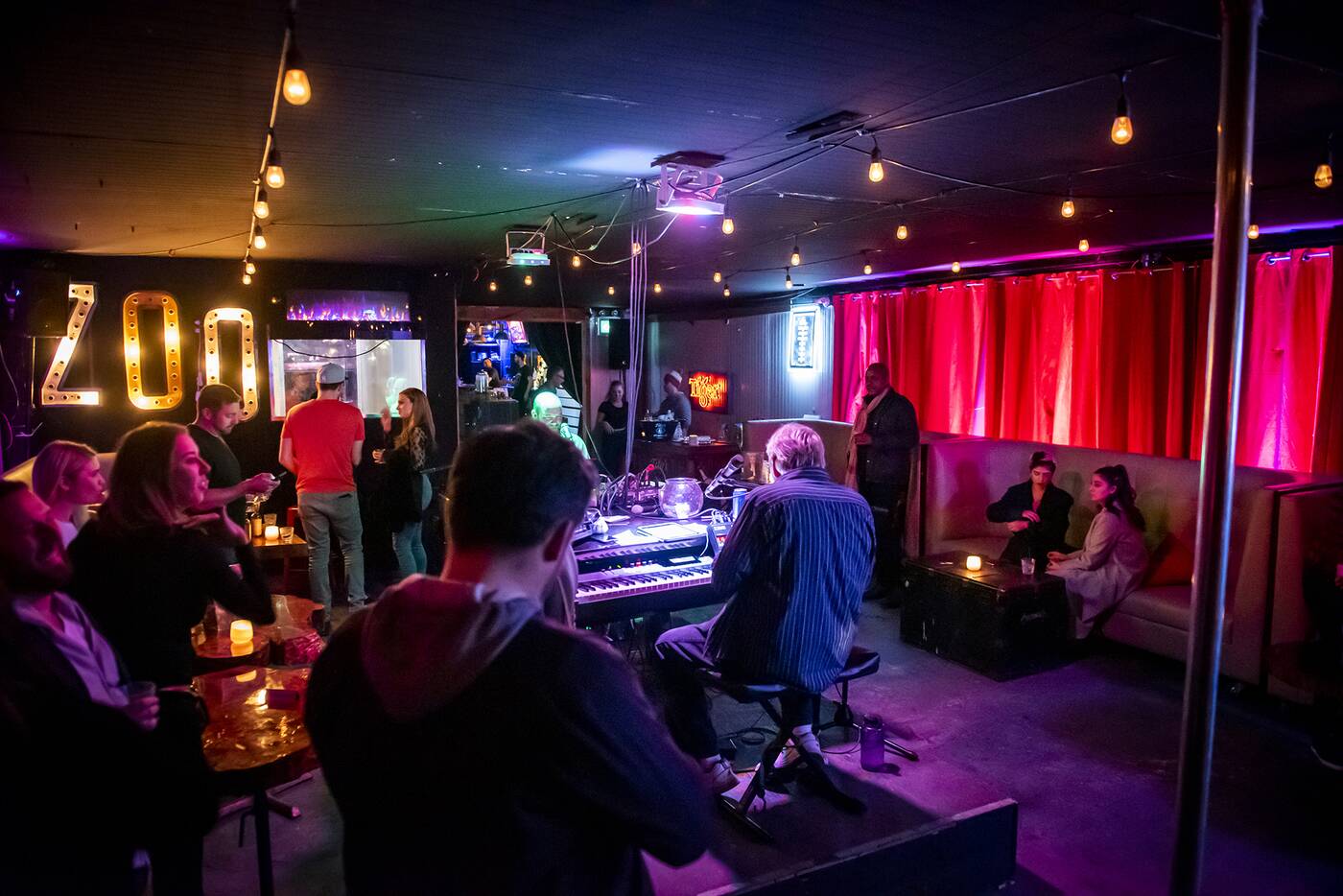 As it got later, Gatsby continued to fill up with patrons that sang, danced, and drank along with the music. The pianists never stopped, cranking out song after song from ...Baby One More Time to Sweet Home Alabama to Mr. Brightside, and the people never stopped dancing. 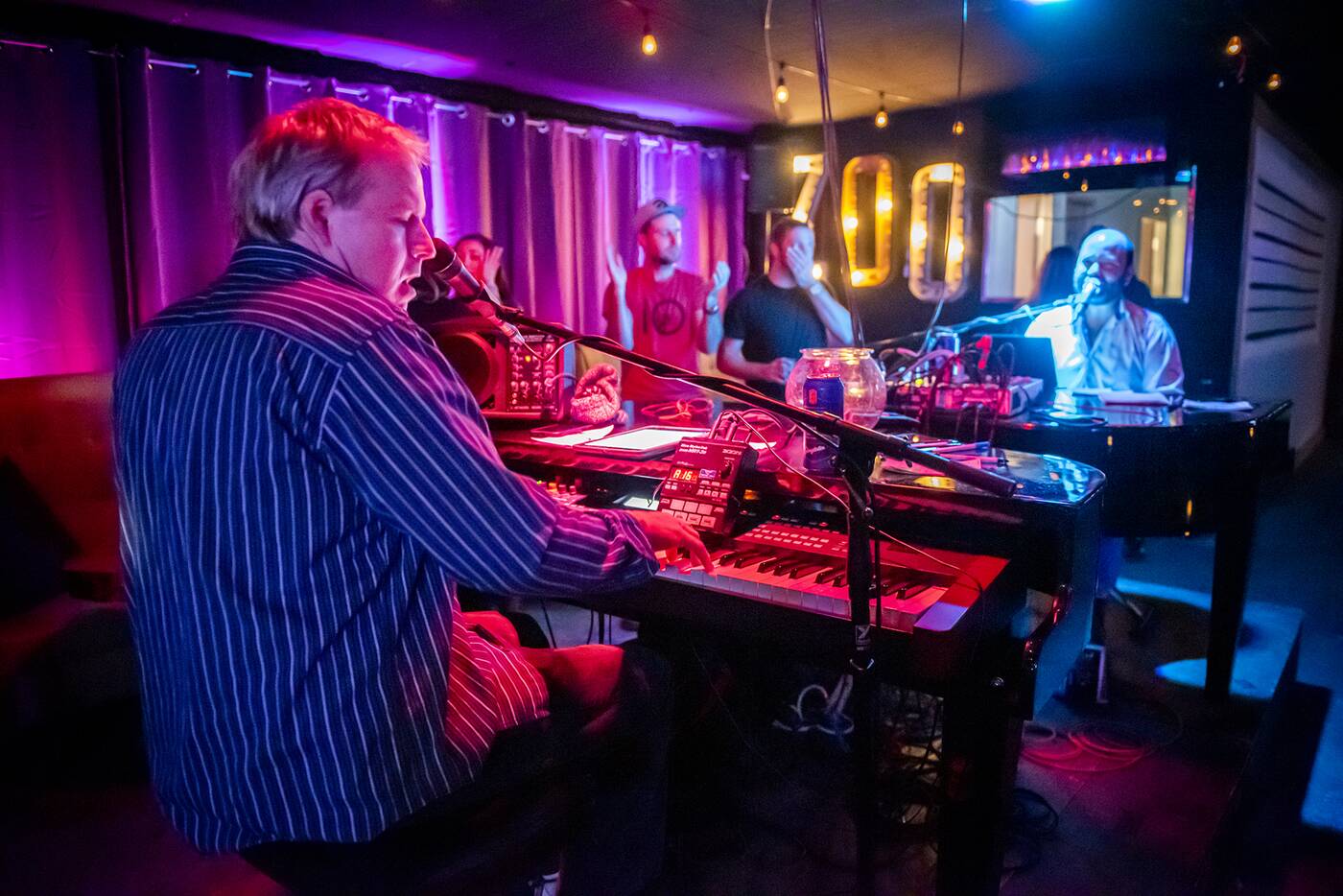 I saw groups of men losing it to Britney, groups of women screaming to Lynyrd, and every single person in the bar asking themselves how it ended up like this (it was only a kiss). 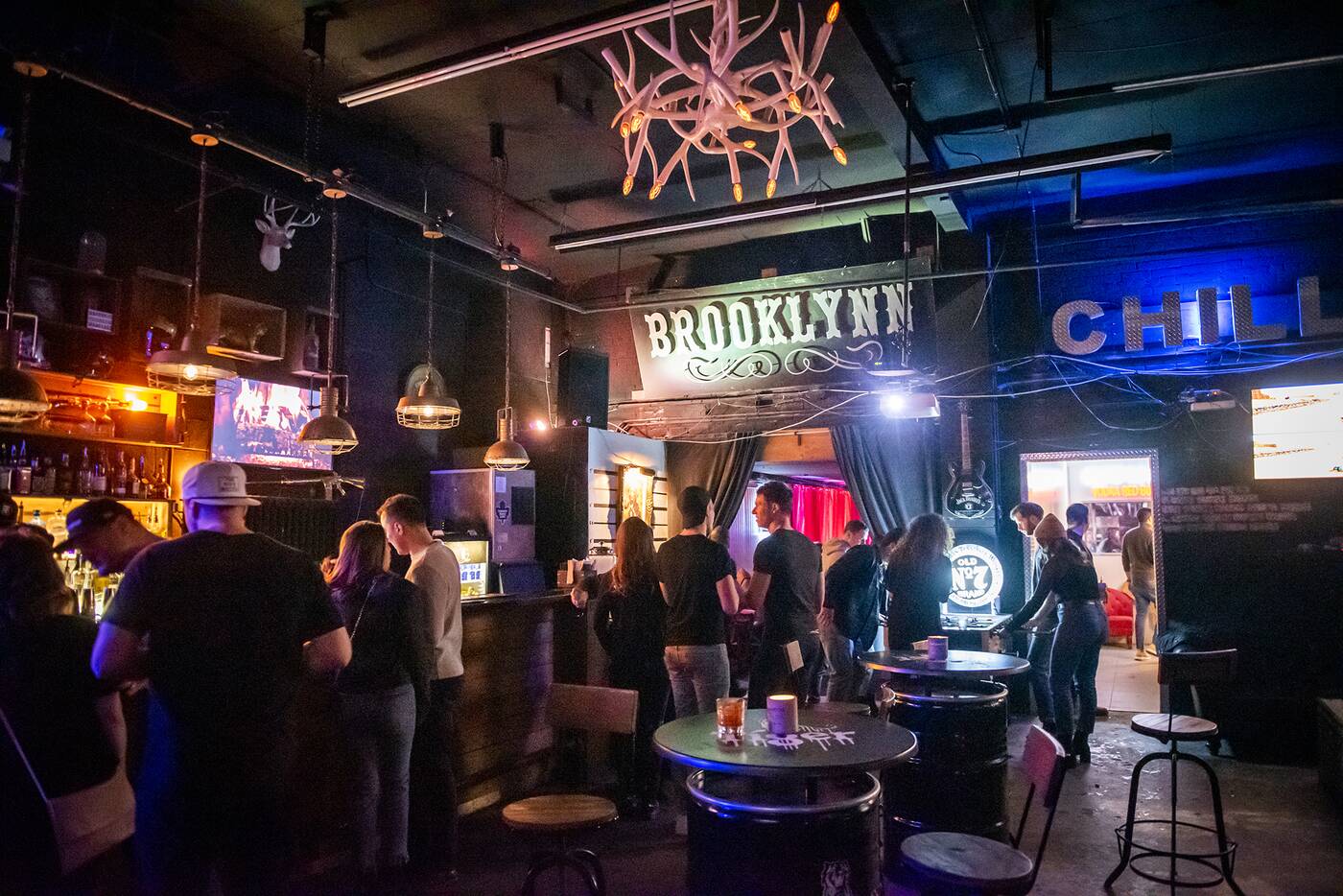 Gatsby is unpretentious, the drinks are terrific, and the duelling piano are more fun than exorbitant parties where people come and go like moths among the whisperings and the champagne and the stars. 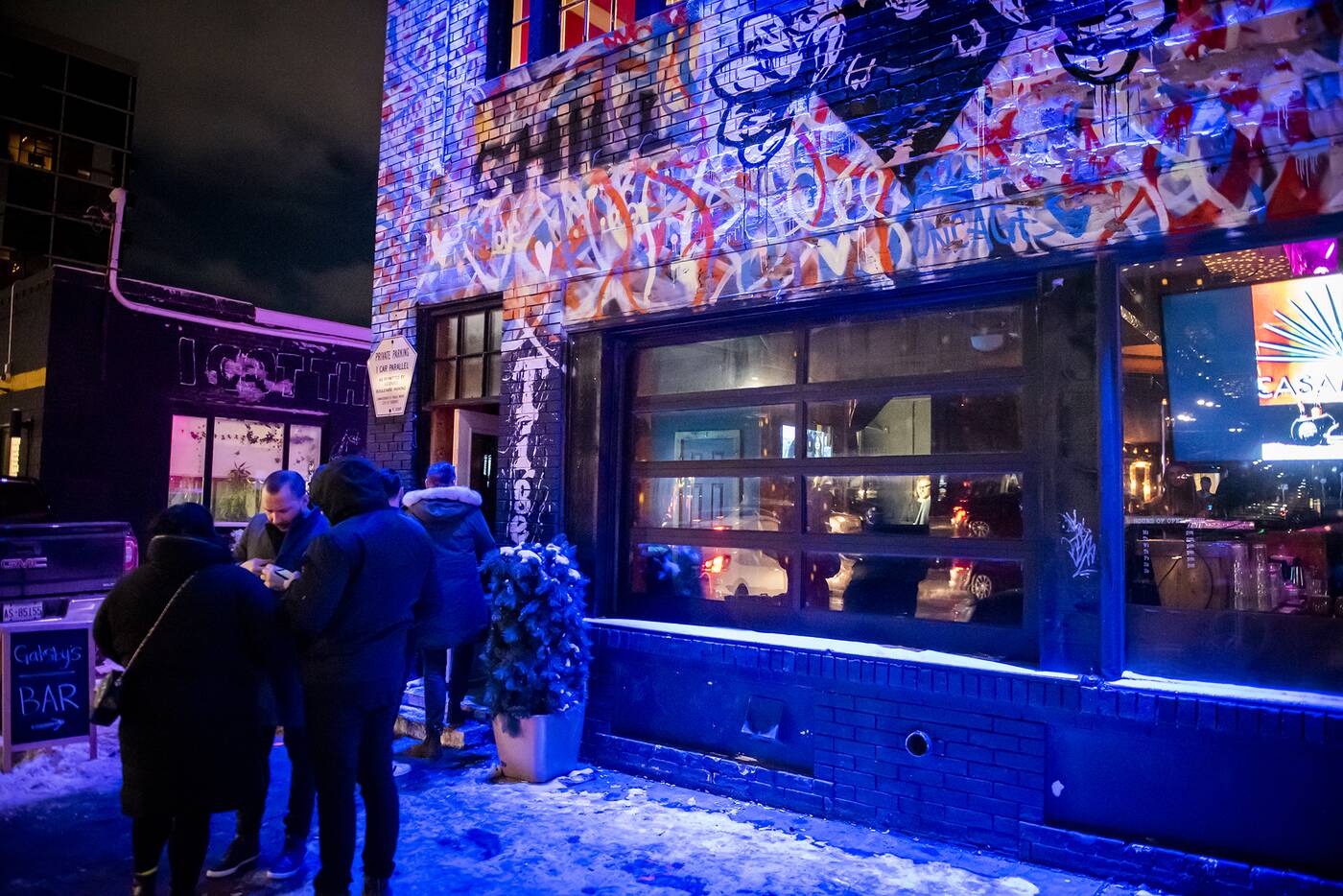