Cafe Embargo has shape-shifted as a dive bar and a coffee shop, but it comes into its own as a bare bones venue with live music multiple nights a week.

M.M. now presides over the spot, which used to perturb guests at the West Queen West Hotel she manages next door. 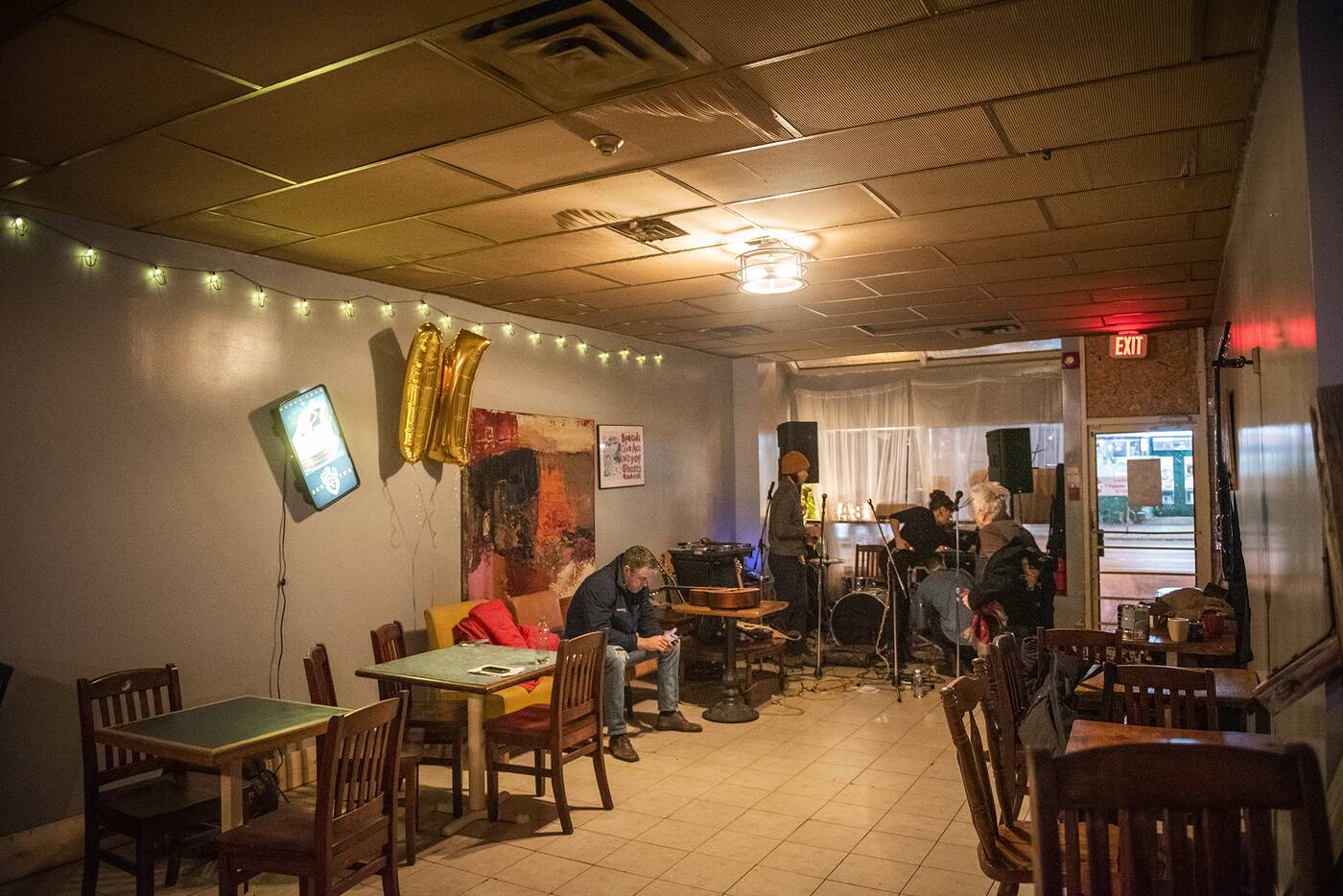 She’s aimed to transform it into a Kensington-like laissez-fair raw space with local art on the walls. 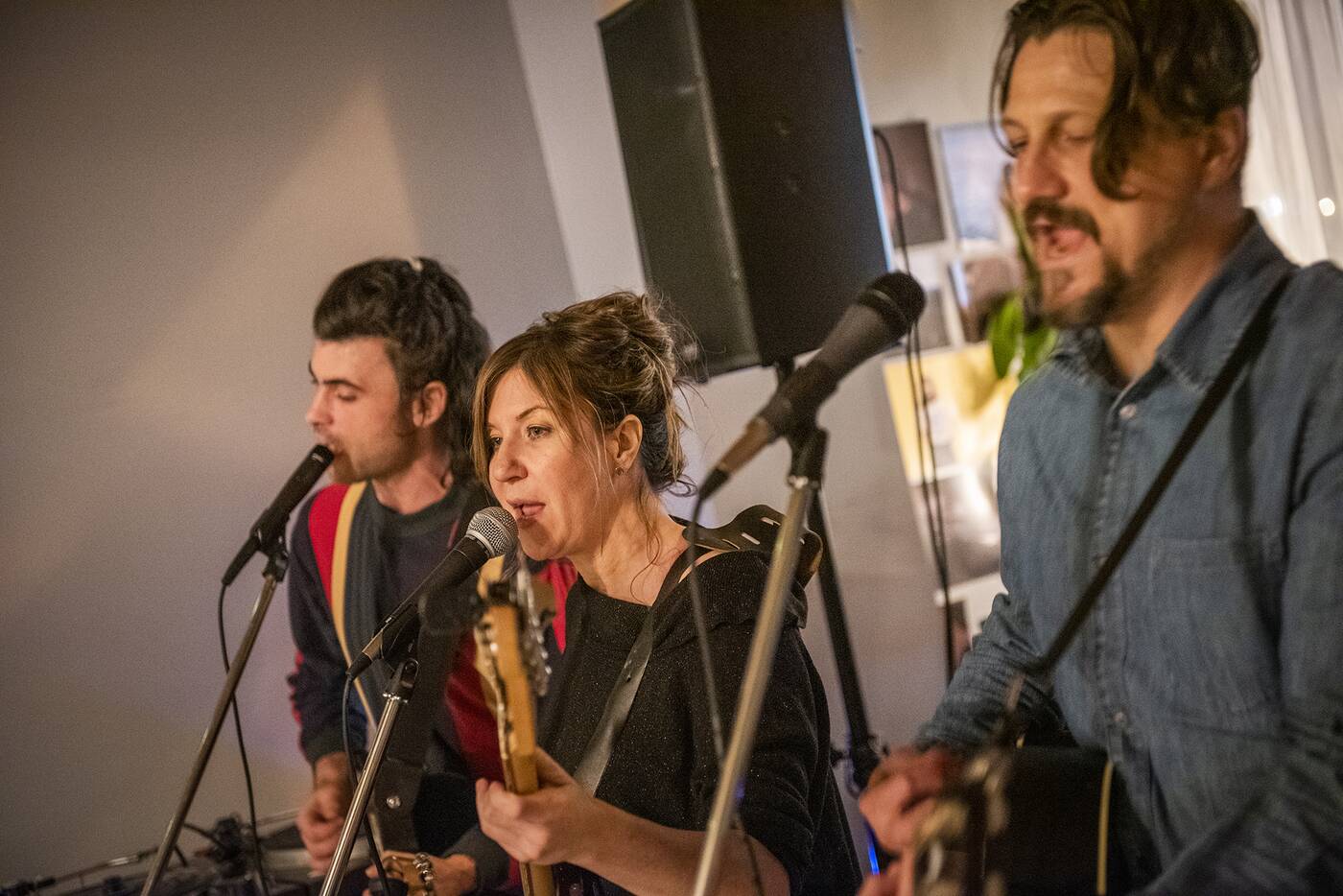 On the night I’m there, a band with a bluegrass feel called Broke Up Hearts play a mix of raucous originals and covers for free starting at 10 p.m., to an audience you could count on one hand. 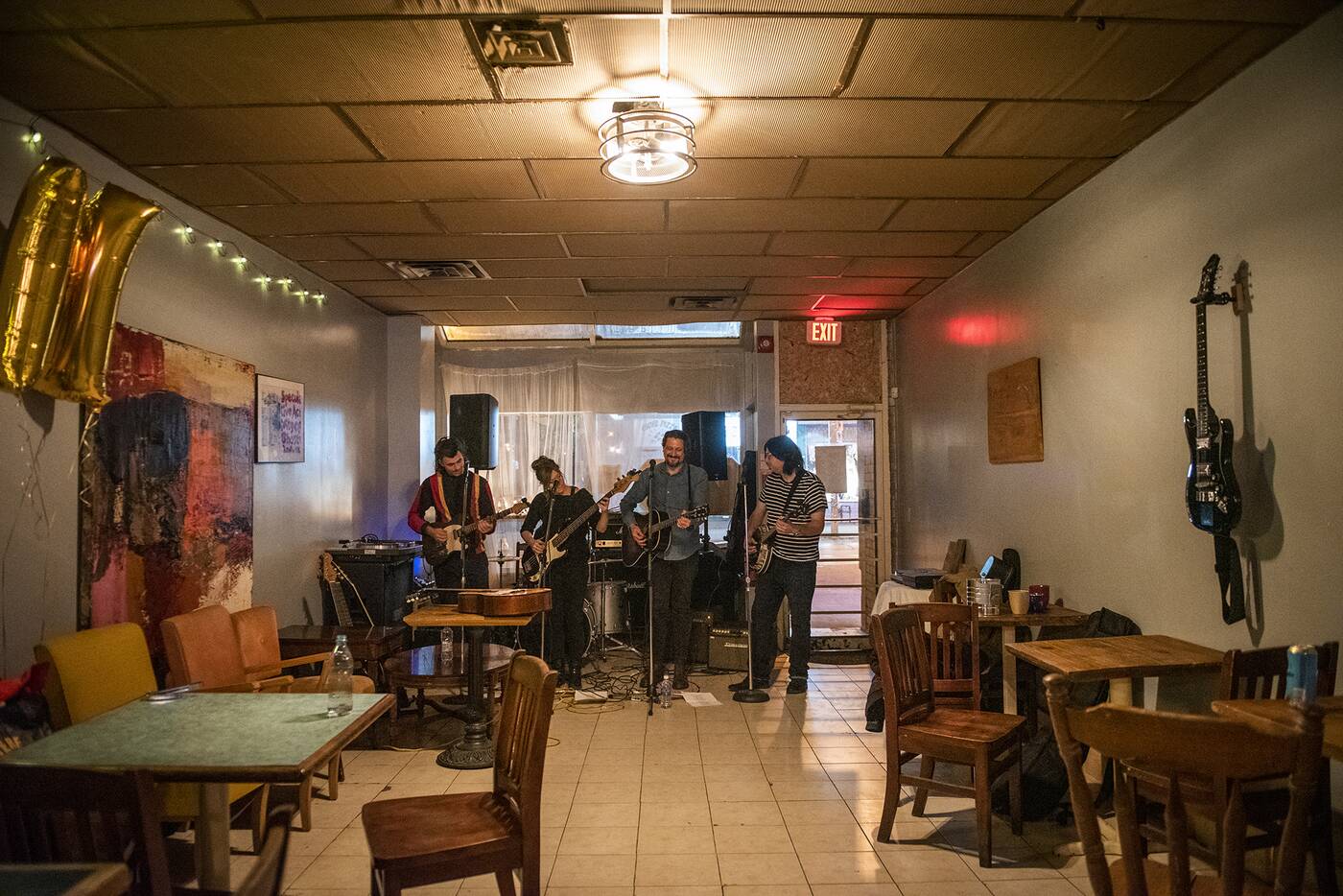 M. swears it was packed in here just the night before for a very different Balkan gypsy fusion band, Organic Balkanic. 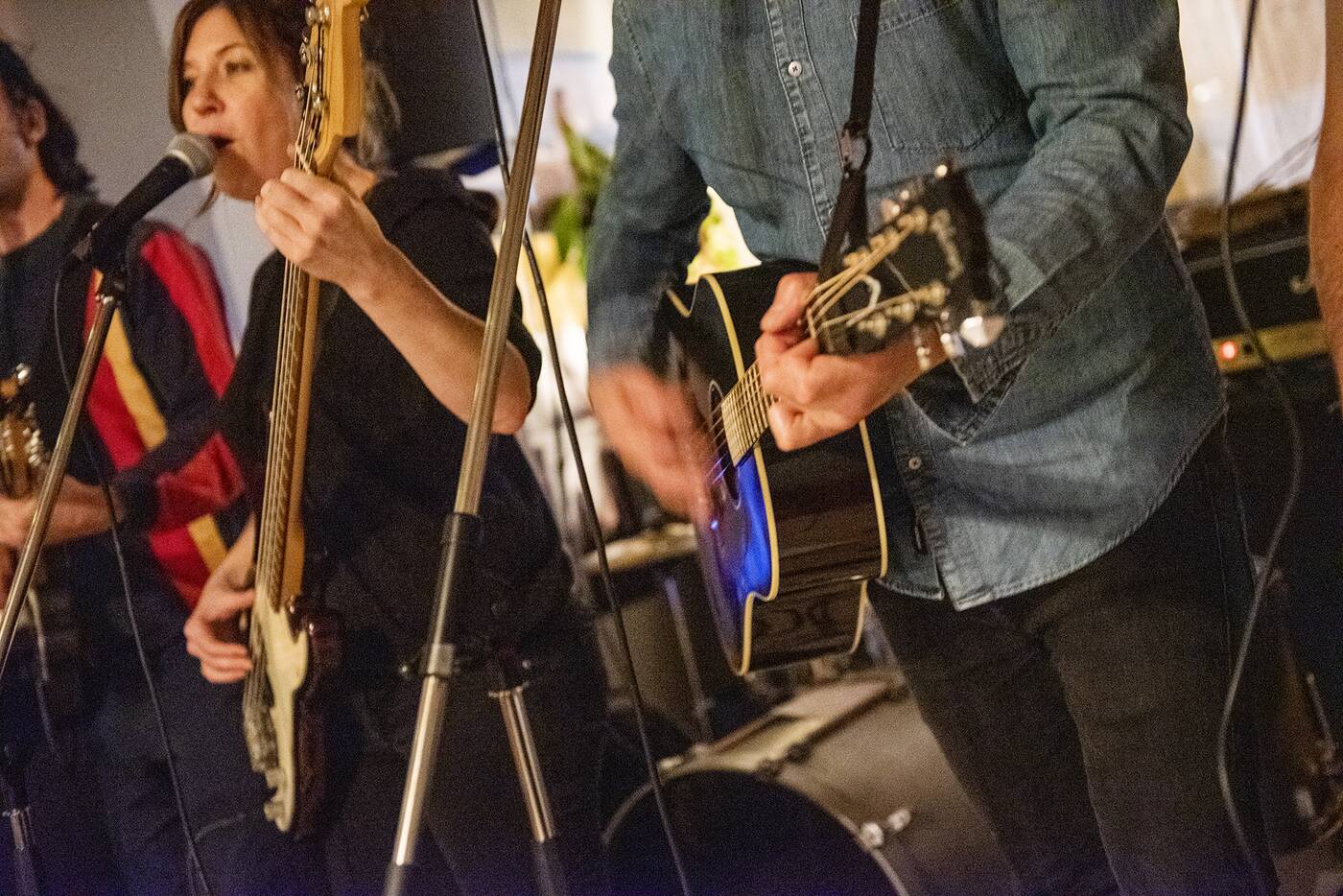 That’s all well and good, but the microscopic audience seemed like even more of an injustice once I Googled Broke Up Hearts at home and learned that the wizened drummer, Cleave Anderson, is a mainstay of Toronto’s music scene, and even once played with a little band you might have heard of called Blue Rodeo. 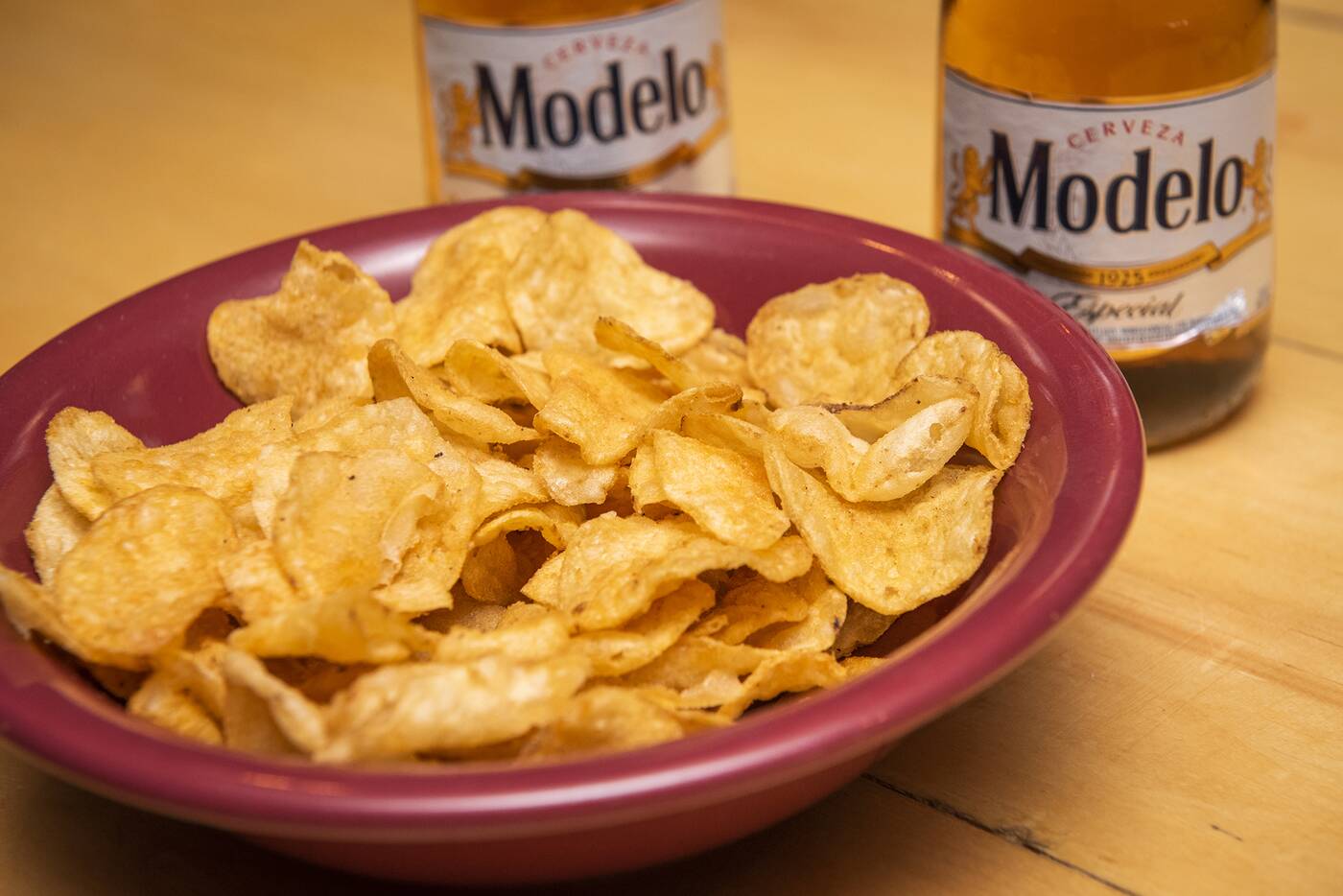 A complimentary bowl of BBQ chips is set out with a drink order, in keeping with the fashion of many Toronto dives. 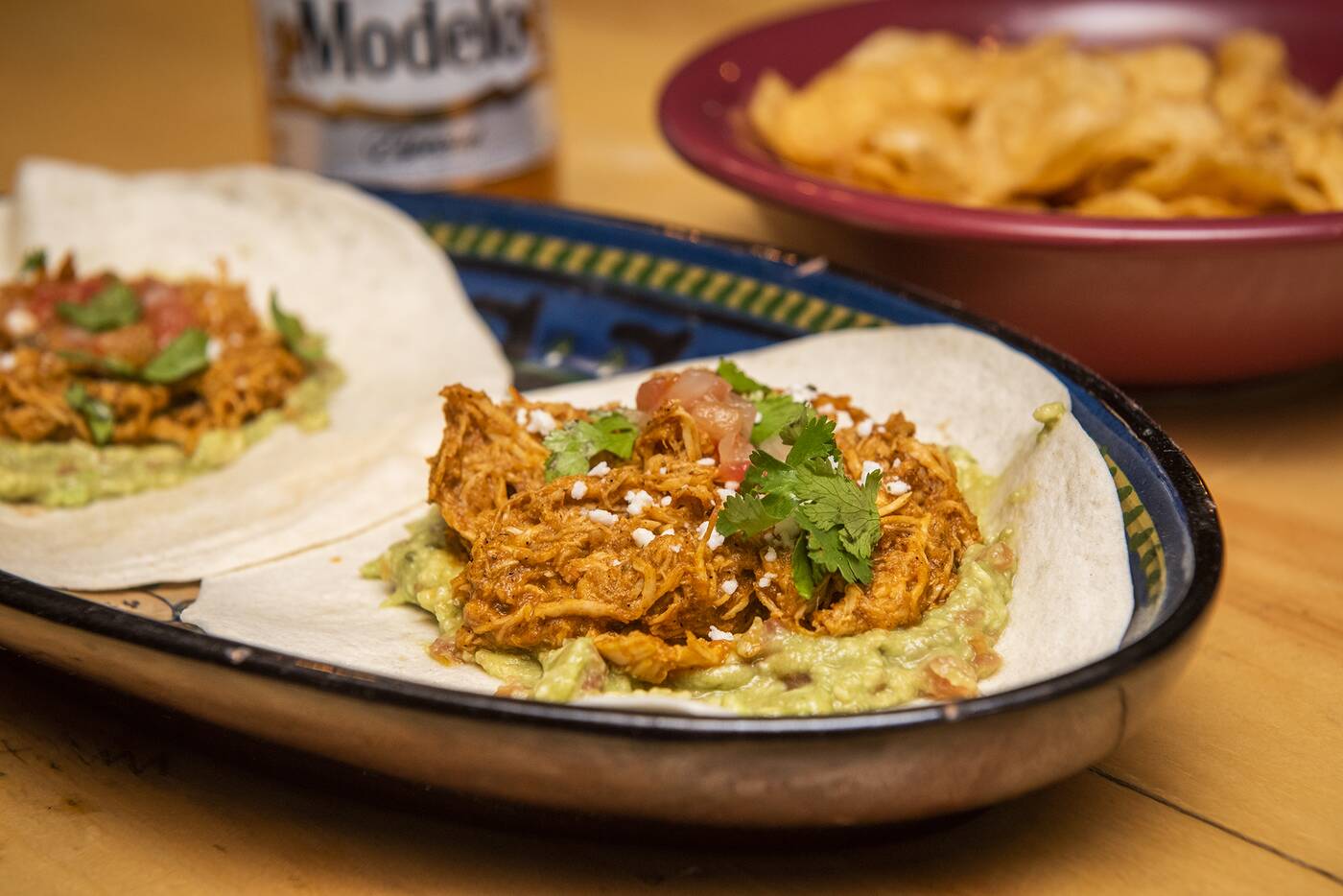 Tacos ($3) and other small items like sliders provide the main eats, paninis I saw on a presumably outdated website nowhere to be found. There’s no real menu for these, you just have to ask. 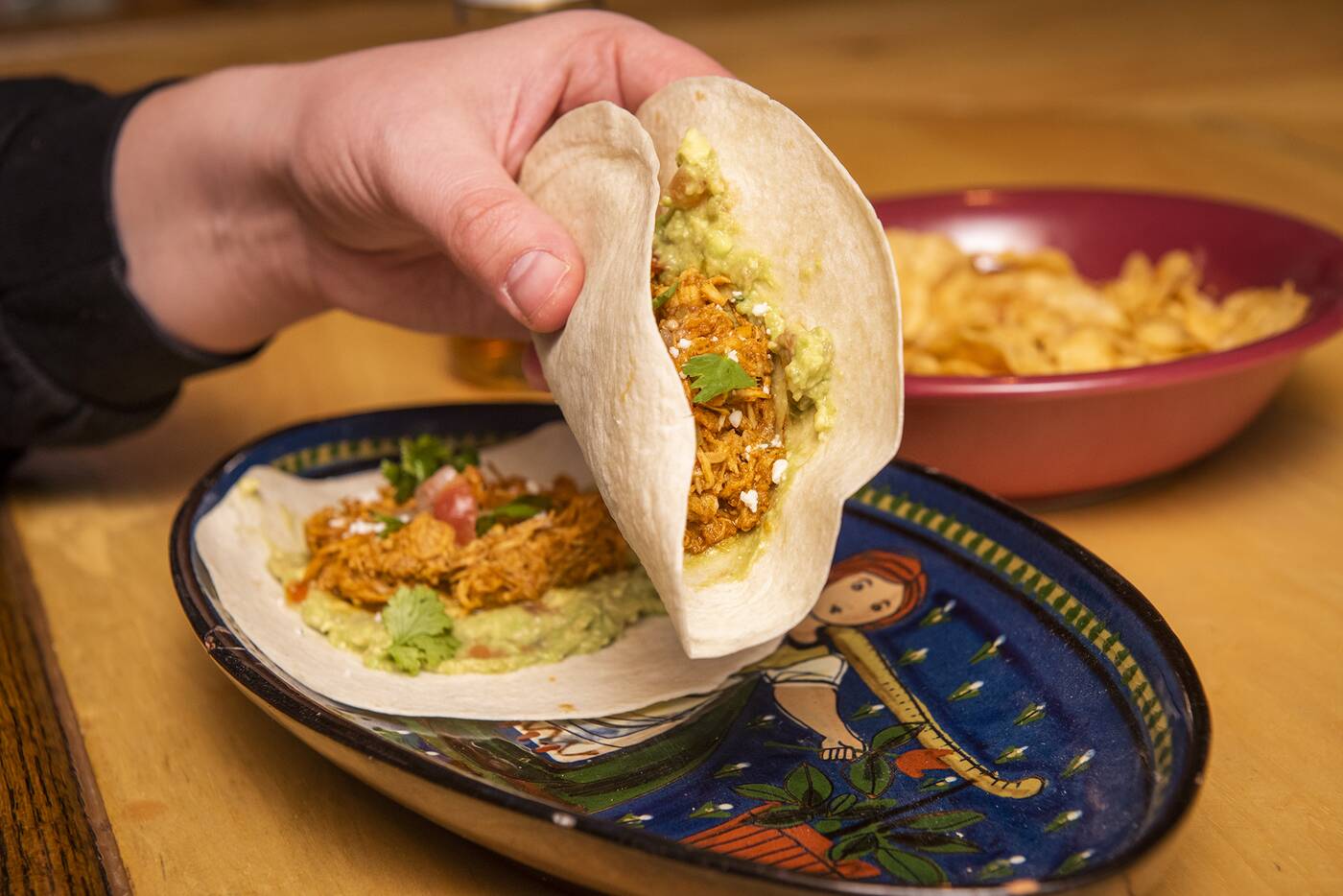 It’s no Itacate, un-grilled flour tortillas sandwiching a relatively miserable amount of saucy chicken, but they’re not the worst tacos I’ve eaten and could certainly be a port in a storm. 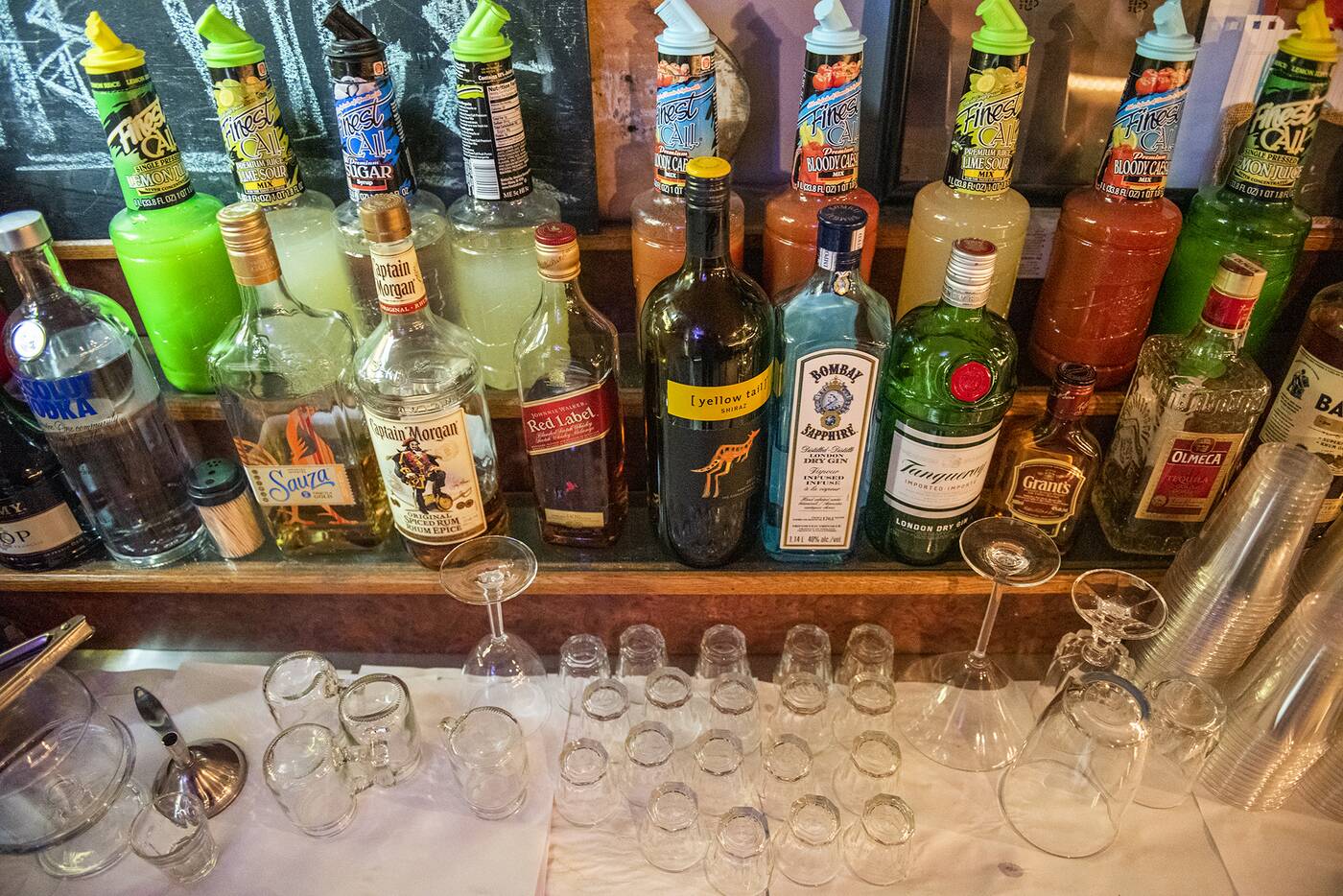 A chalkboard sign on the wall simply reads, “Drinks $5.” I ask if that means all drinks, and about the selection of $7 craft beers I’d seen on a website. 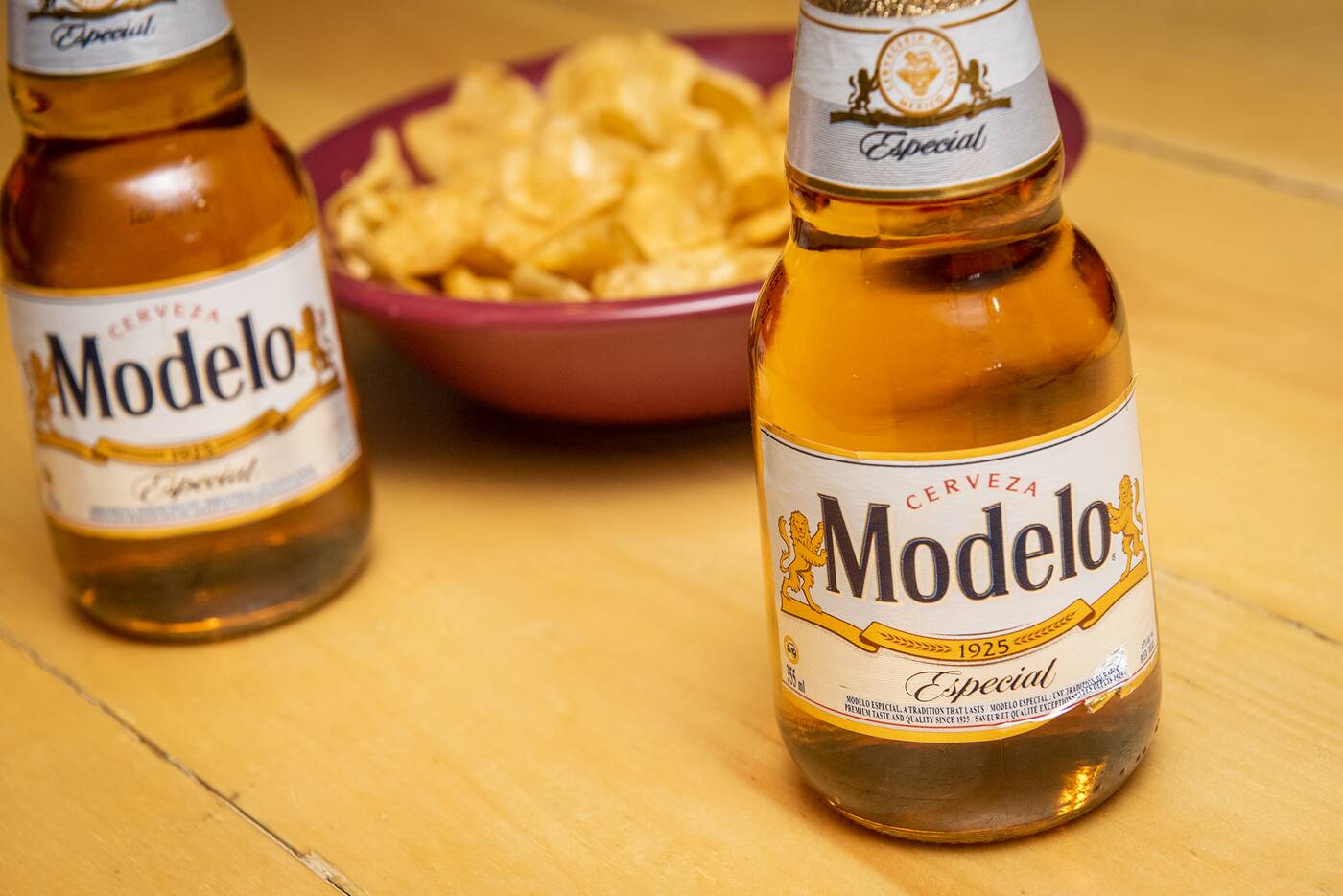 All that apparently went out the window with the cafe concept (the bar now opens at 5 p.m.), the clientele apparently preferring stripped-down options of Lowenbrau, Budweiser, Modelo, wine and mixed drinks. 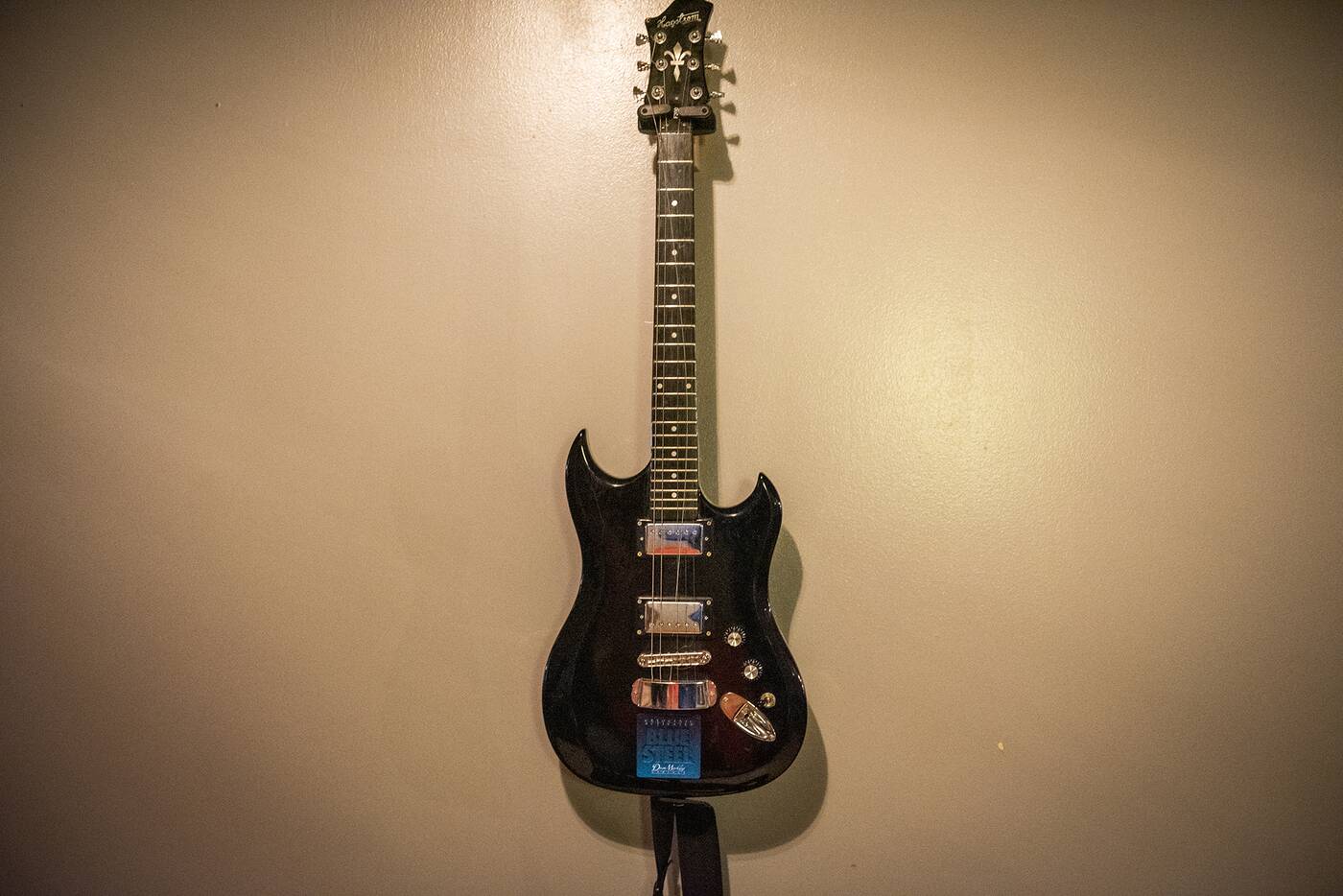 Now Embargo has partnered with Tom’s Tone, a music store in Scarborough, which explains many of the instruments hanging on the walls, a lot of which are actually supposed to be for sale. 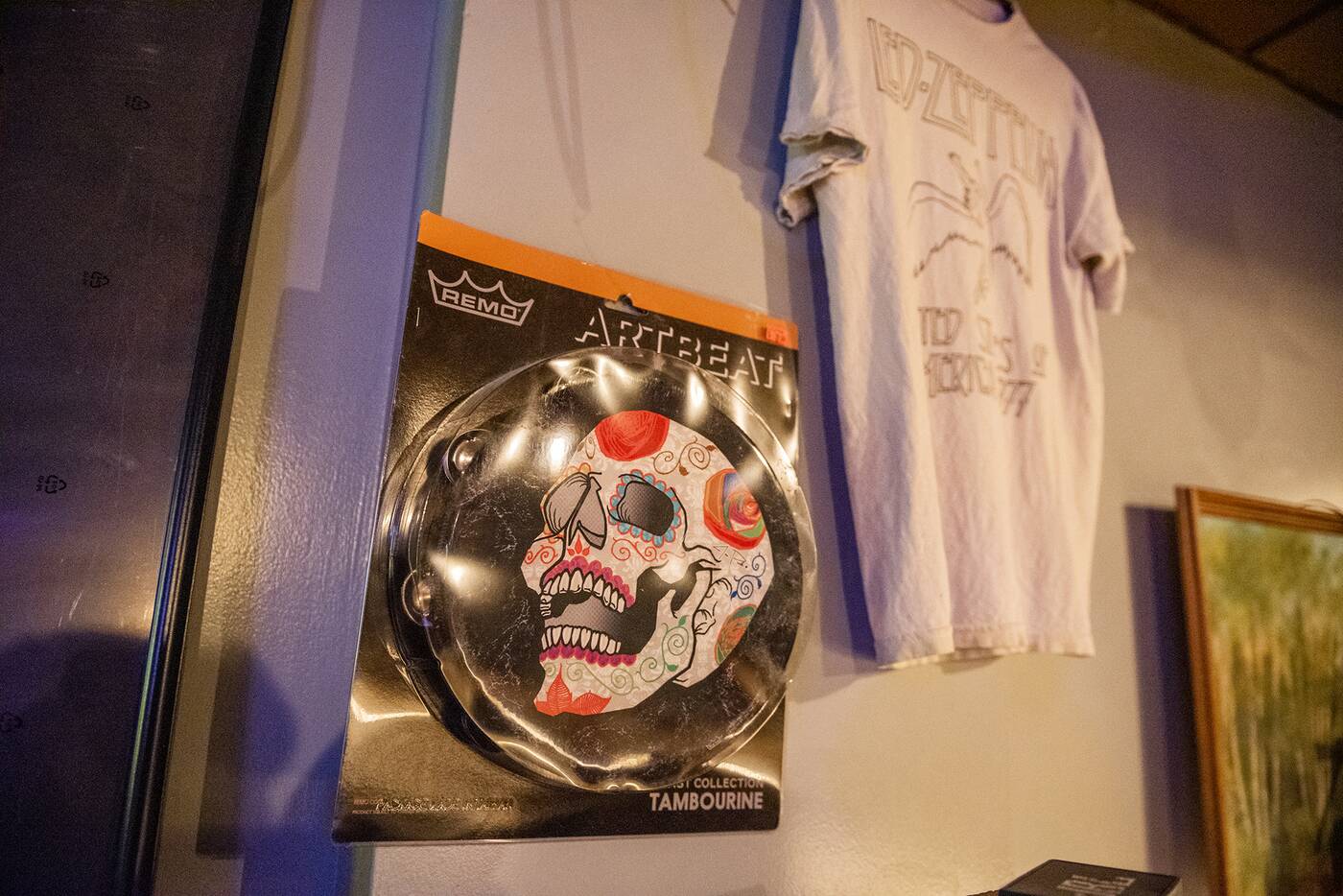 A house drum kit and PA system here more than make up for any lack of diversity in what would be a stretch to call a food and drink program. Many musicians will likely be happy with a relaxed venue where they can make ample noise and their friends can actually afford drinks. 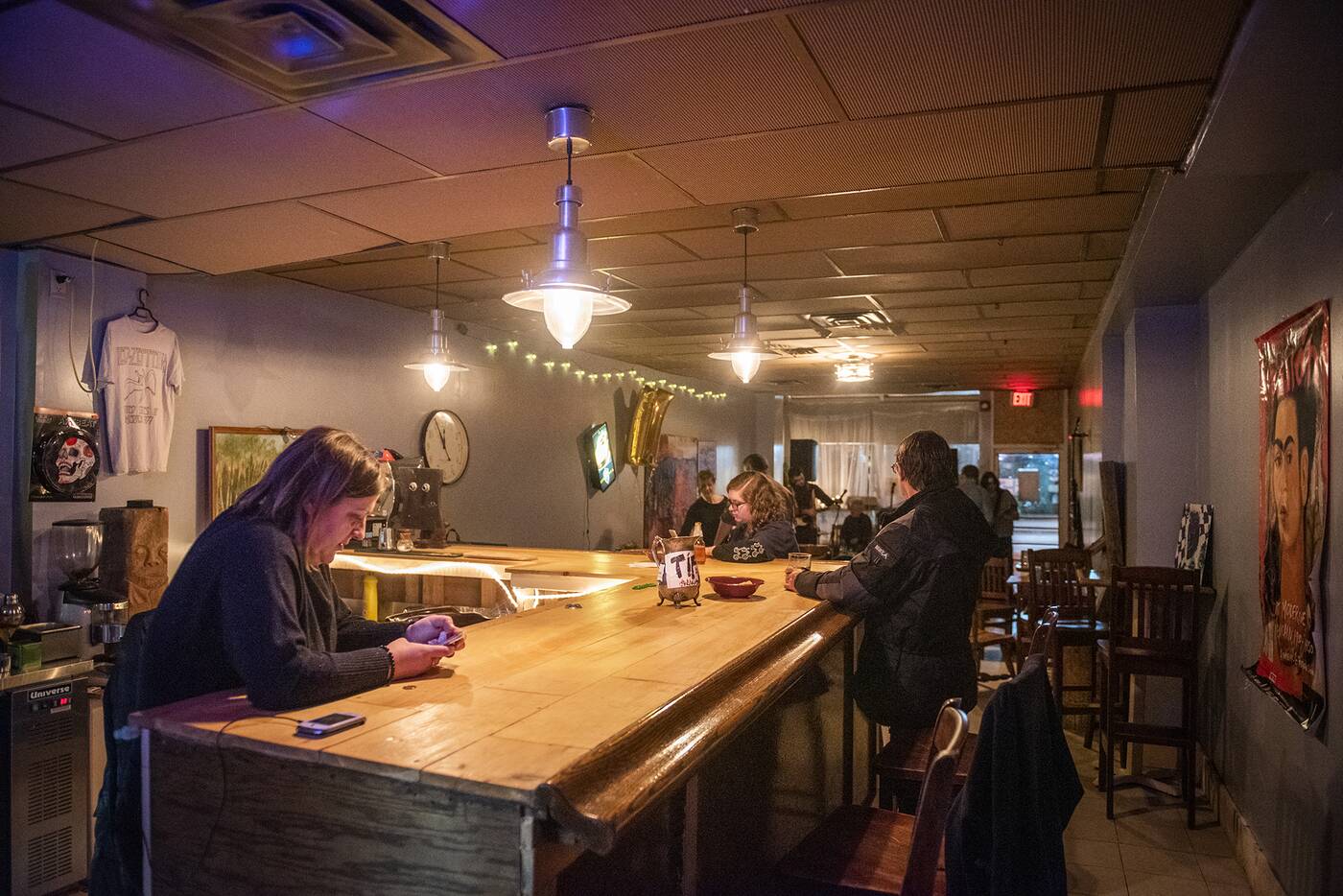 Set programming includes Open Mic Tuesdays with Dado and Paul Jones Blues Jam Thursdays, but can include anything from comedy to jazz, art exhibits and even performances from local kids. 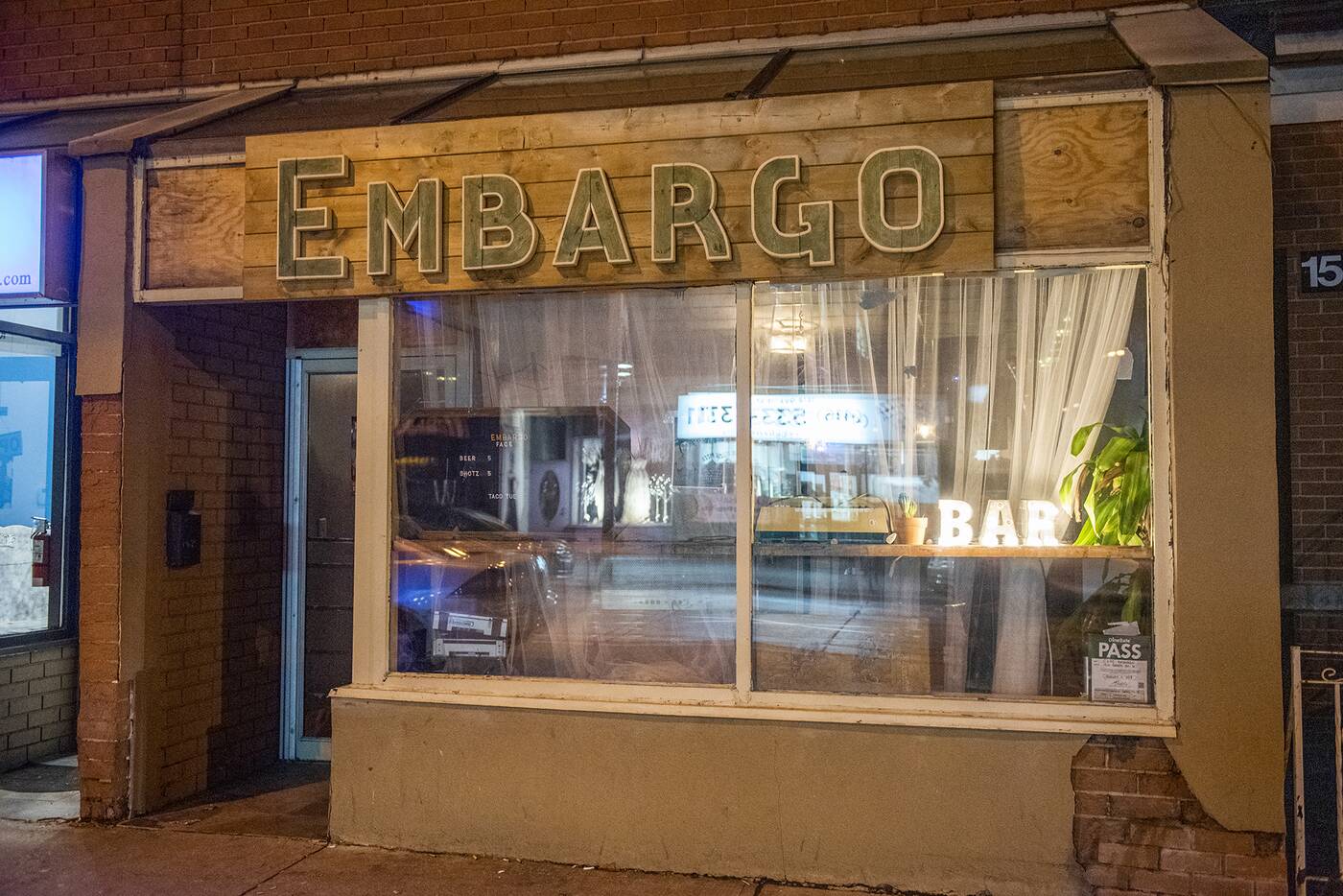