Apt. 200 fits perfectly in the residence-inspired lounge-meets-club trend taking place in Toronto. Occupying the space where Wicked used to be, it's the Hogtown version of the wildly successful Montreal club with the same name. 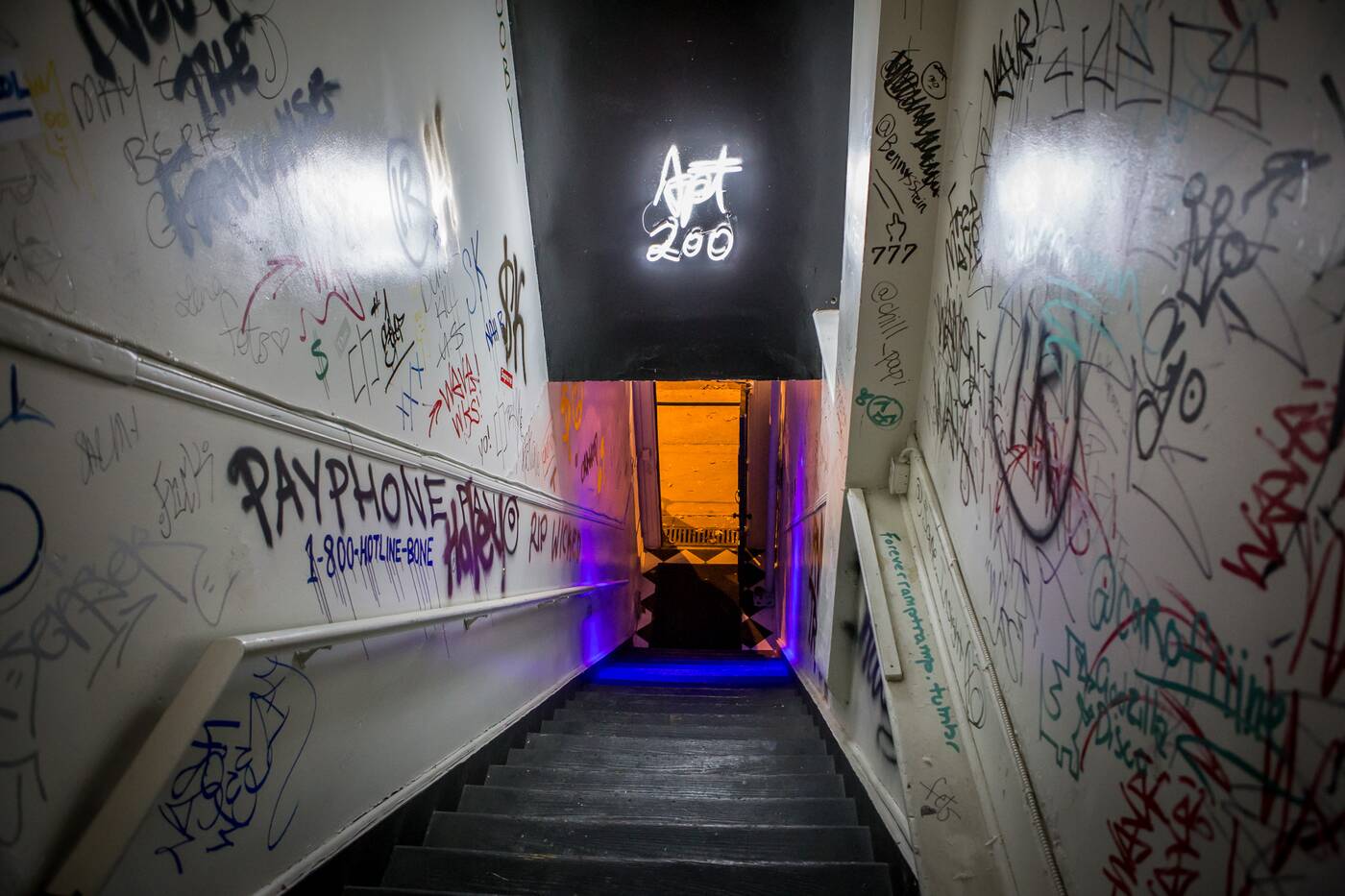 I visited Apt. 200 late one Friday night. Located up a graffitied staircase, the space is set up to resemble an upscale house party. 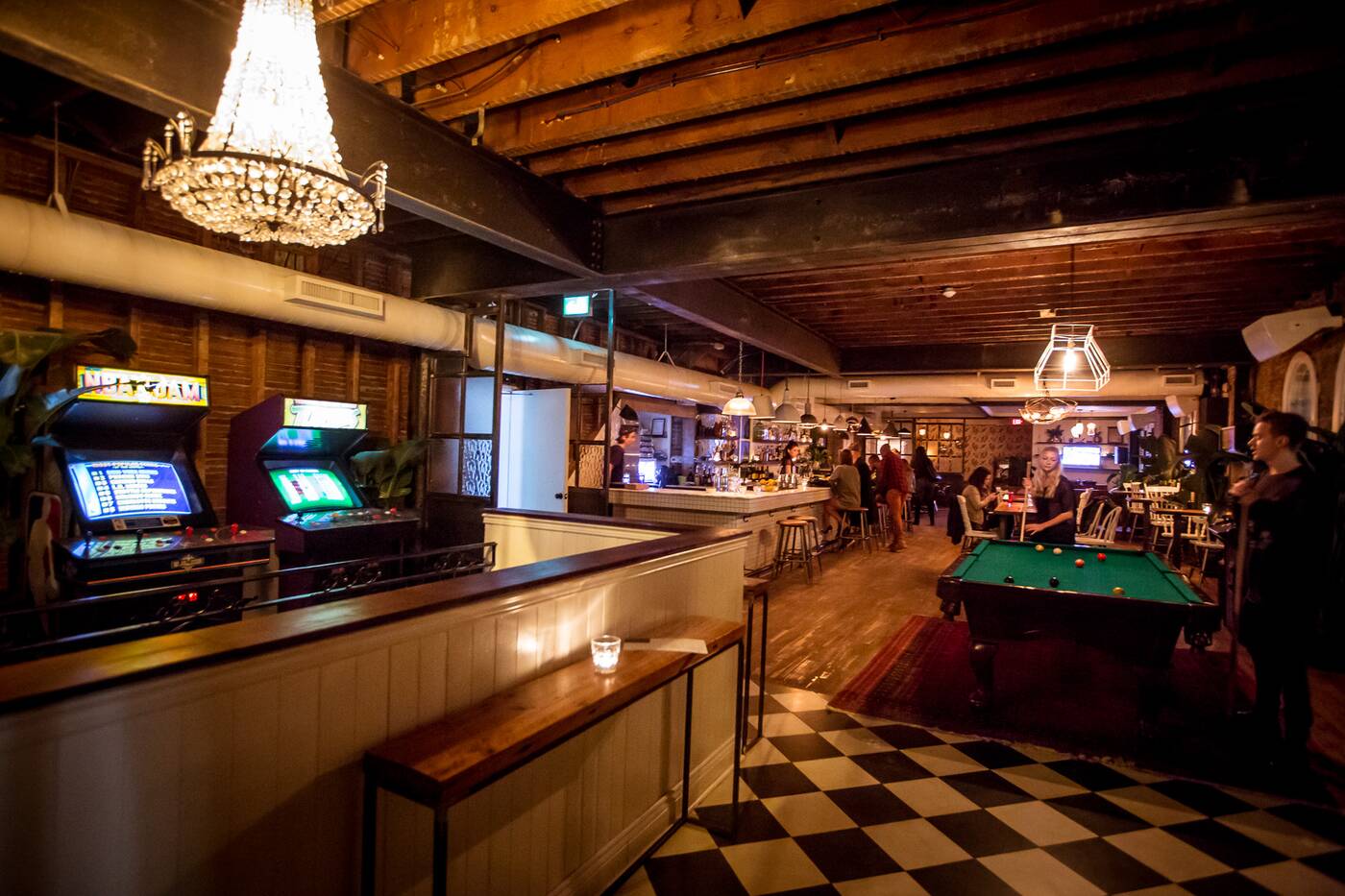 One end of the space has a small bar in the corner with arcade video games on the other side and a pool table in the middle. Down further is the main bar, occupying one entire side of the space. 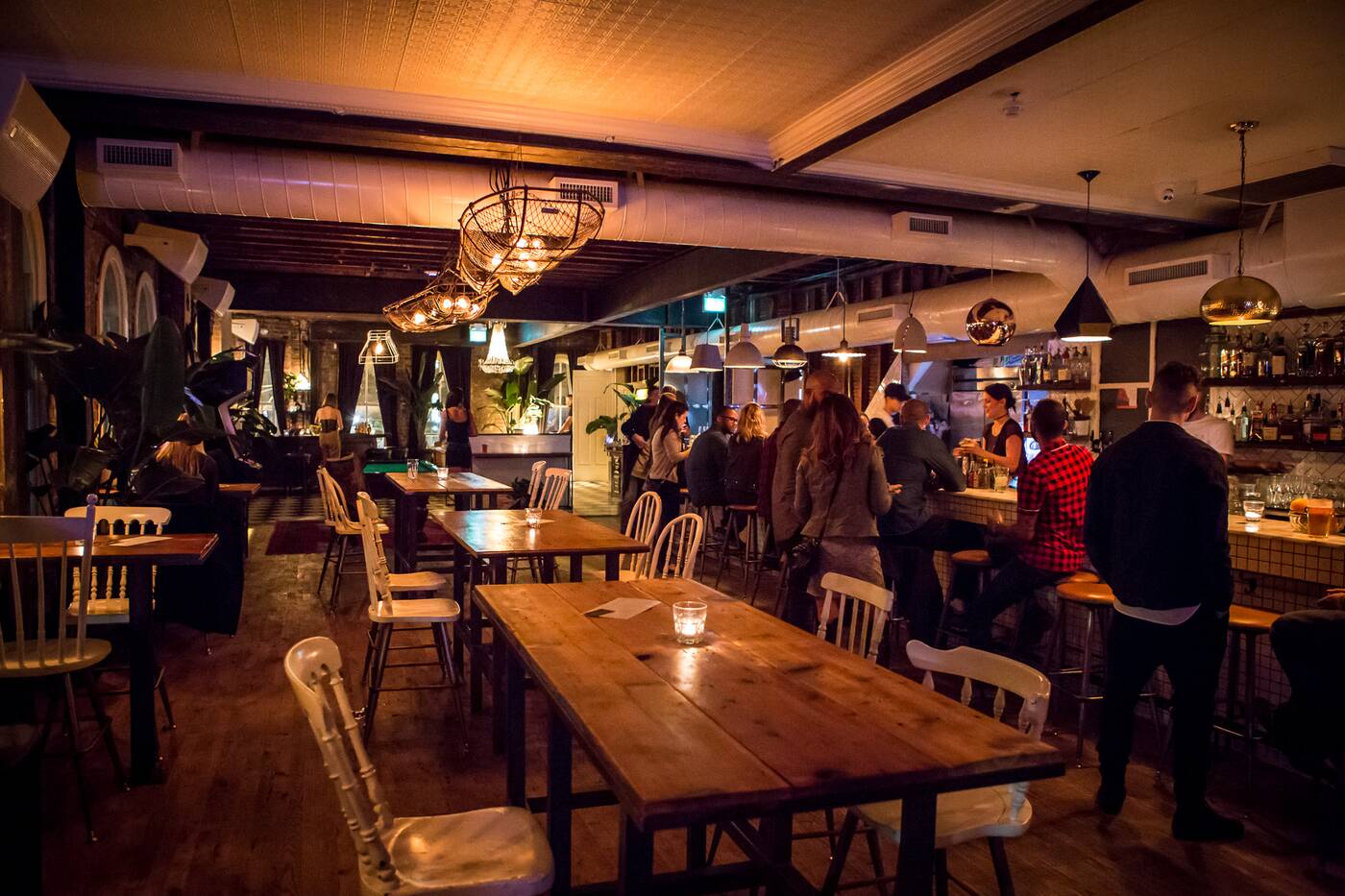 Tables and chairs line the other side, with bigger tables in the middle. Then comes the living room section of the apartment, with comfy couches and a TV playing Sportscentre.

Then, finally, the one remnant of Wicked: a daybed (albeit with gorgeous linens and pillows). The ceiling is decorated with geometric light fixtures and the windows provide a breathtaking view of Queen Street. 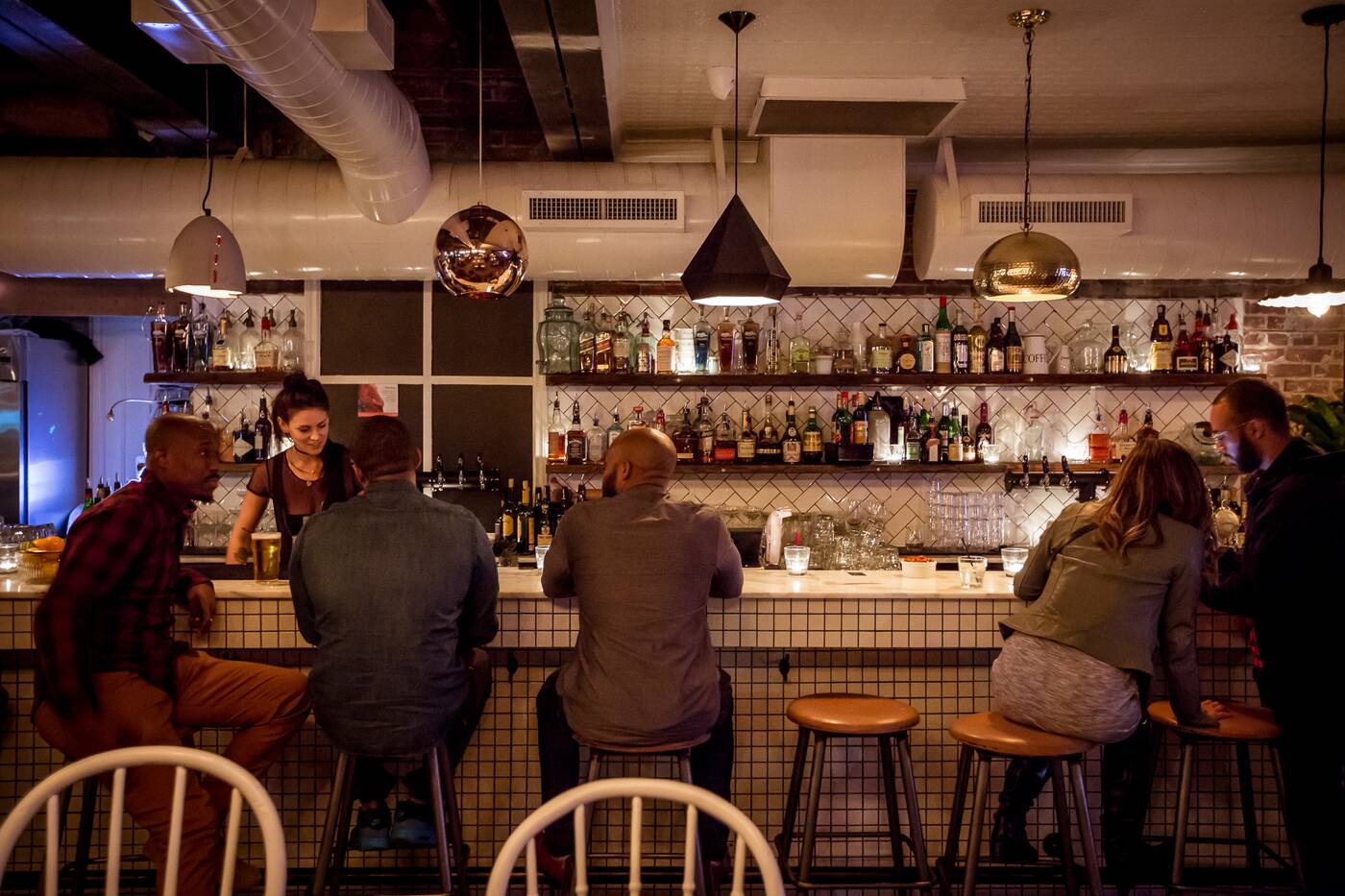 It really does feel like an apartment, but not just a regular apartment -- it feels like the type of apartment you go to with your friend who has a regular coke dealer who knows him by name and who regularly parties until 5 a.m.

Then takes an Uber back to his home in Oakville, and you spend the whole house party worrying someone is going to ask you which bank you work at. 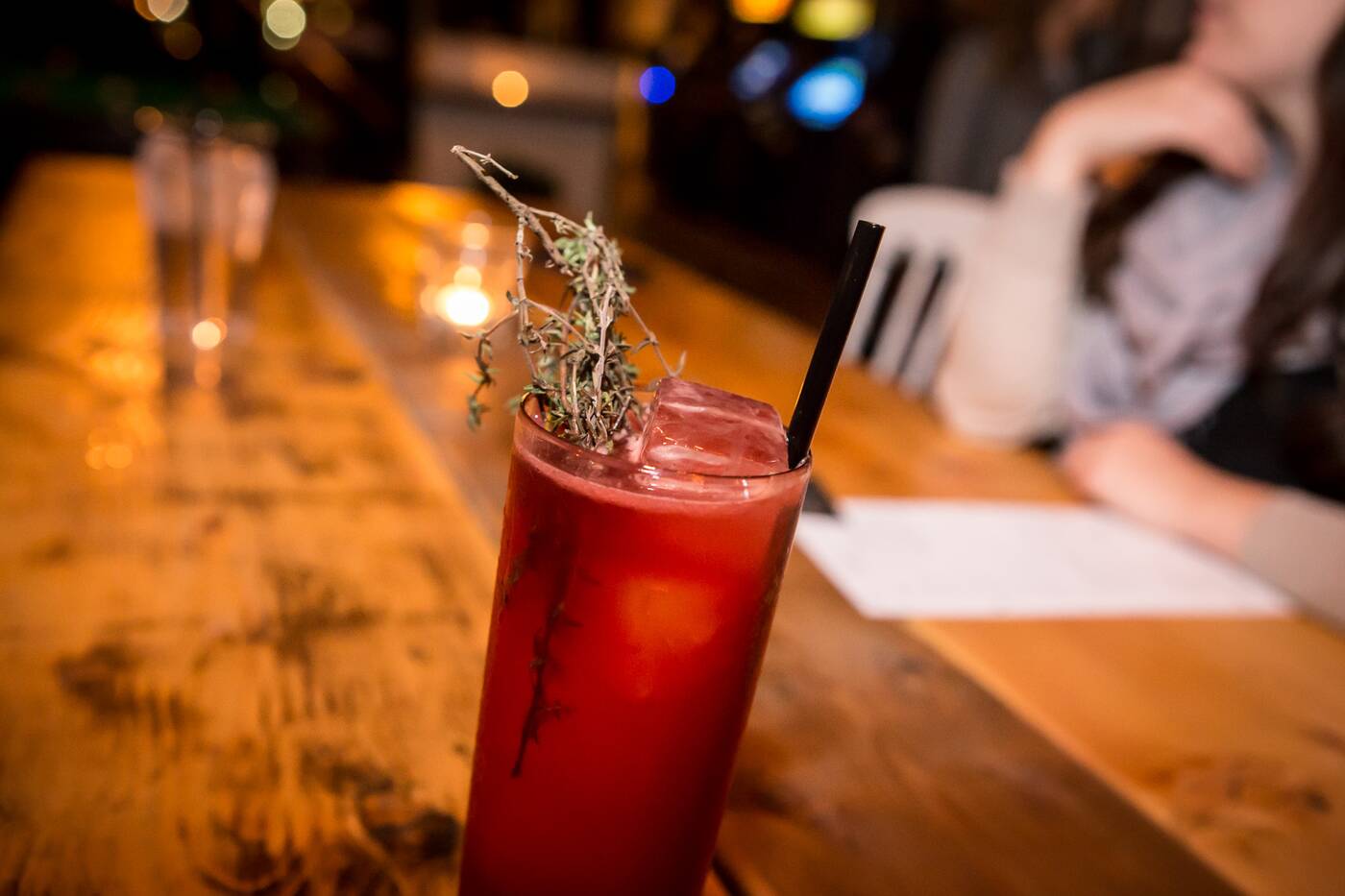 The menu features a few beers on tap, including the special Apt. 200 brew, with an emphasis on specialty cocktails. I tried the Cosmo T.O. (all specialty cocktails are $13), made with hibiscus vodka, Cointreau, lime and cranberry. It was super refreshing with a good balance of sweetness and tartness. 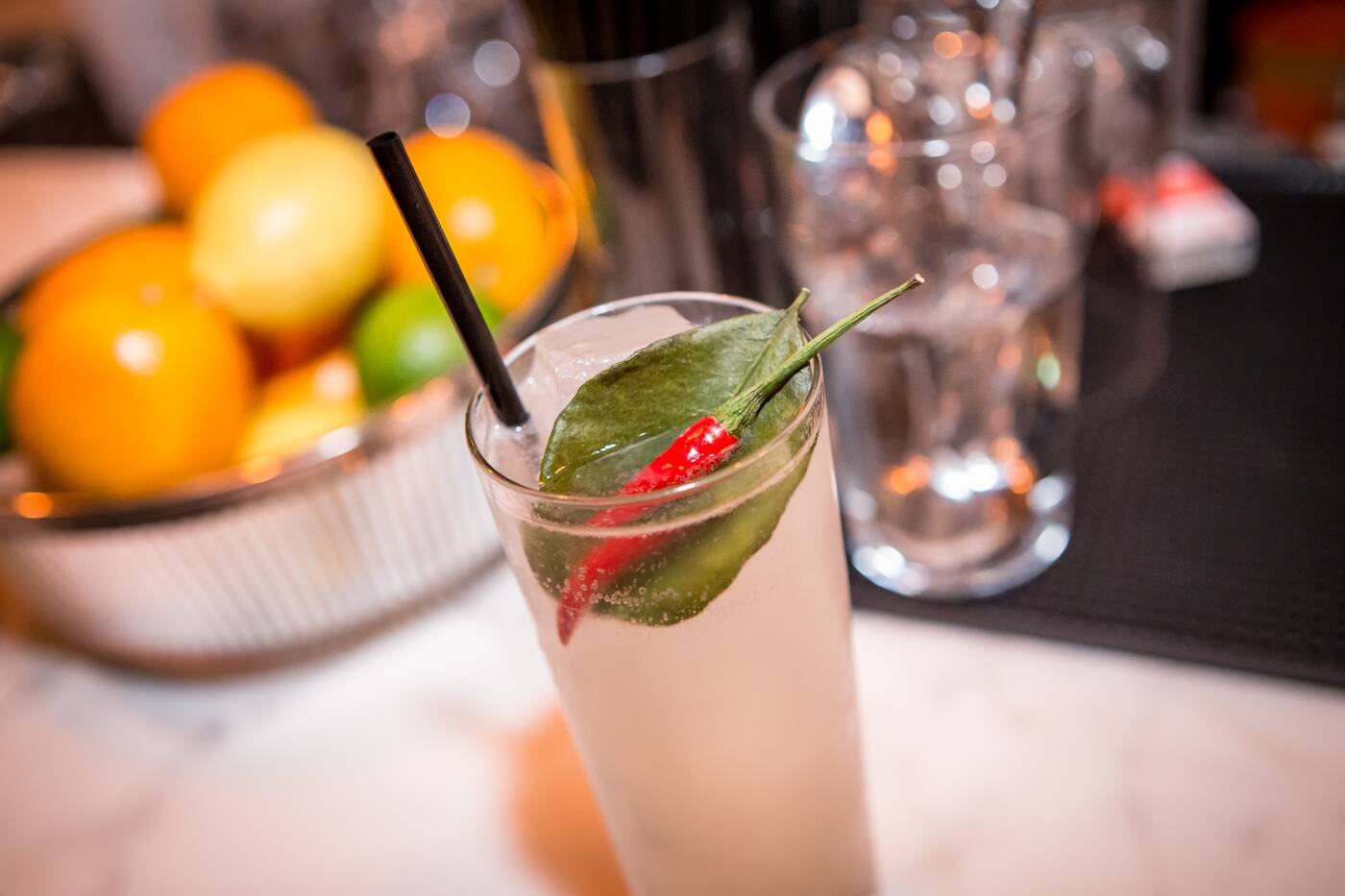 I also sampled the Apartment Collins, a tequila-based cocktail with lime, chili and coconut water. It was perfectly spicy and ideal for someone who wants a Caesar but without the awkwardness of ordering what is essentially alcoholic tomato soup. 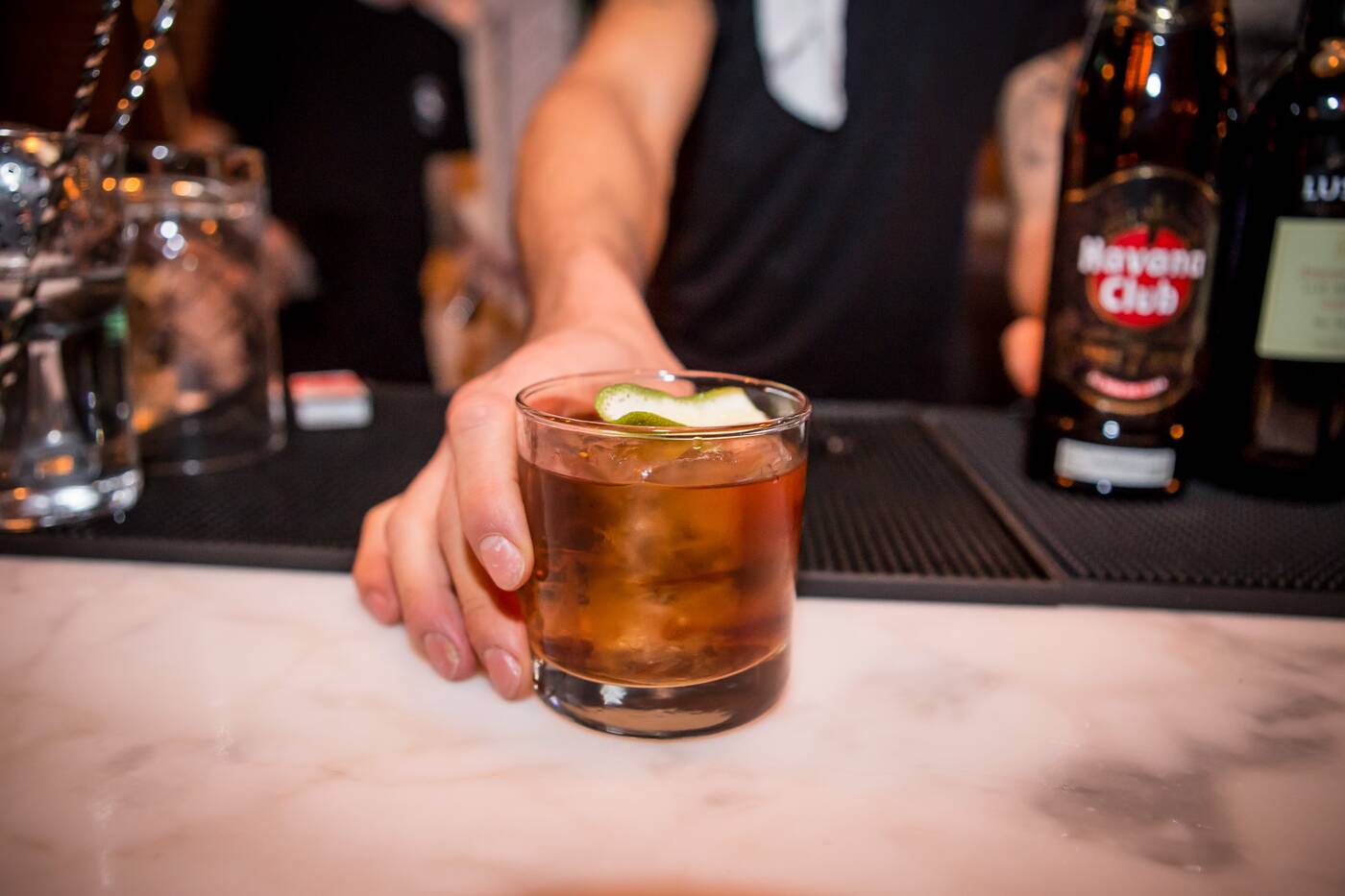 As well as the El Apartmento, a tobacco and rum cocktail was super smooth with a great blend of bitterness and sweetness.

While we were drinking, Apt. 200 was pretty low-key. The music was at a good volume that was still manageable for conversation, and people were just hanging out, playing free pool or video games. 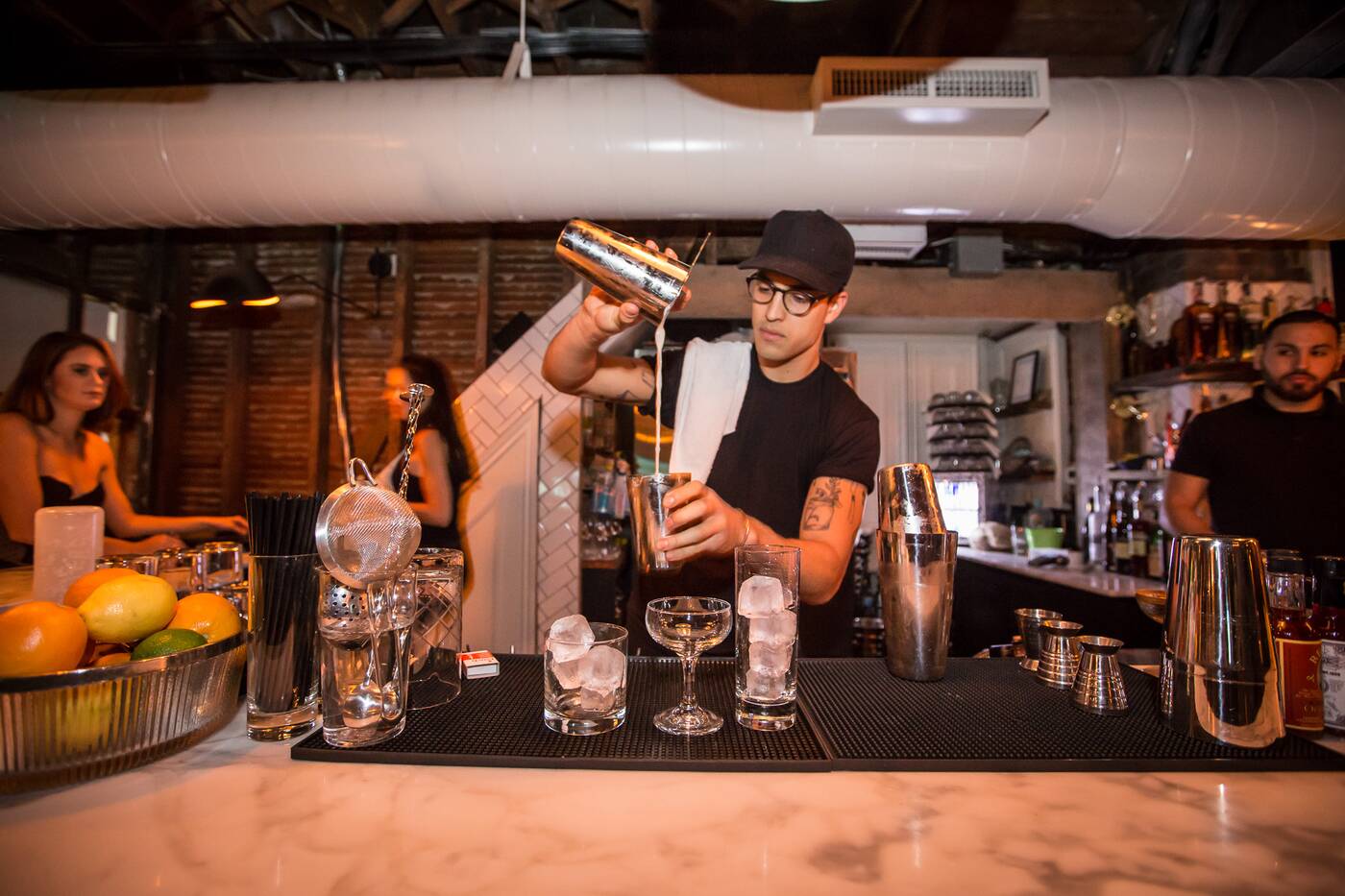 Even though it was just before 10 p.m., we were able to enjoy a relaxed cocktail while playing NBA Jam (tip: even if you don't know how to play and just mash the keys with whichever hand is not holding your drink, there's still a good chance you'll only lose by two points).

As the night got later, more people started to pour into the space and it officially switched over from lounge to club. Even as the music got louder and people got their dance on, it never really lost its relaxed, home-y vibe. 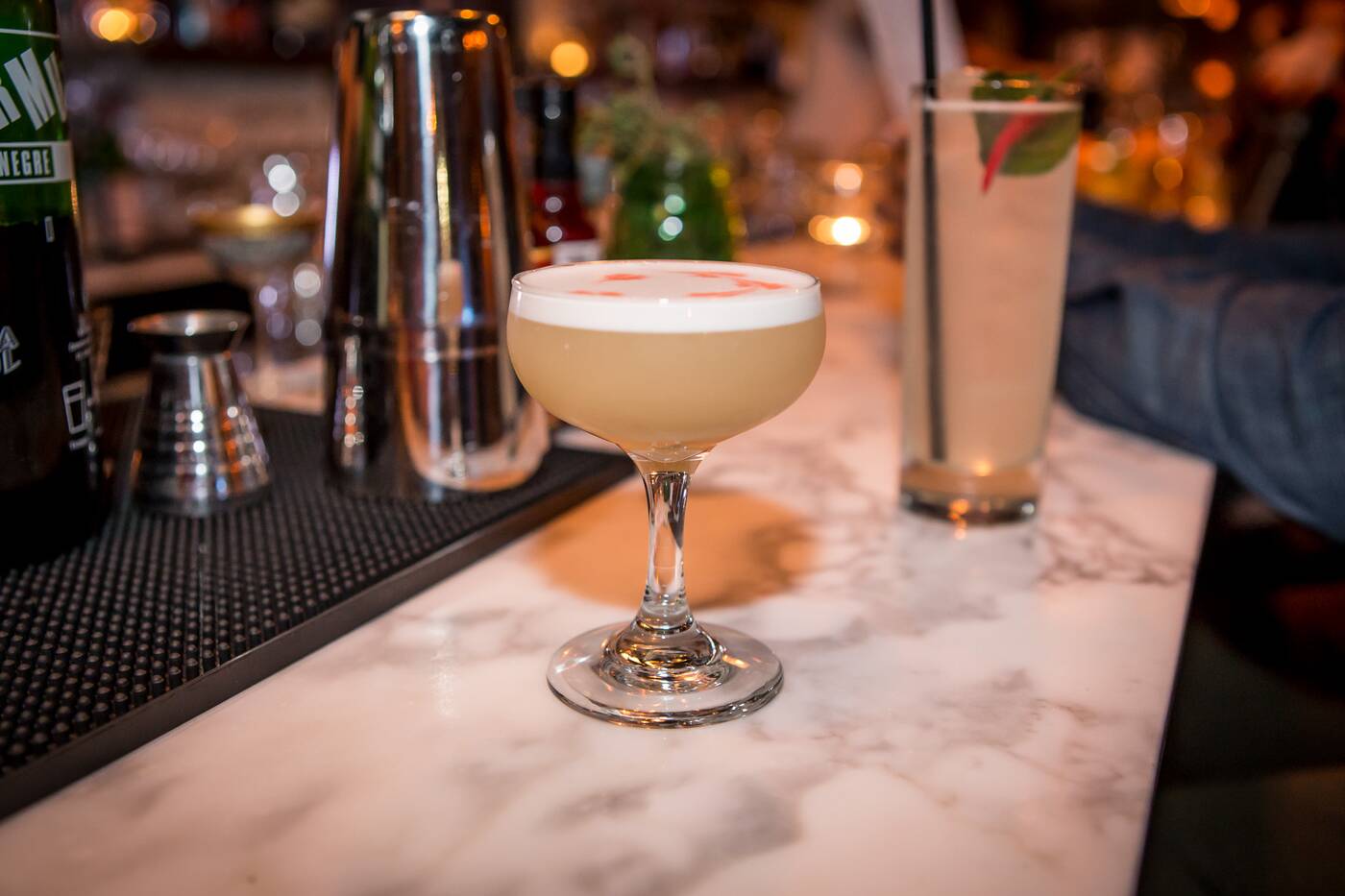 Would I return? Sure. The cocktails are a higher quality than most other clubs in the city, the space is nicer than any house party I could get invited to but I really need to brush up on my NBA Jam. 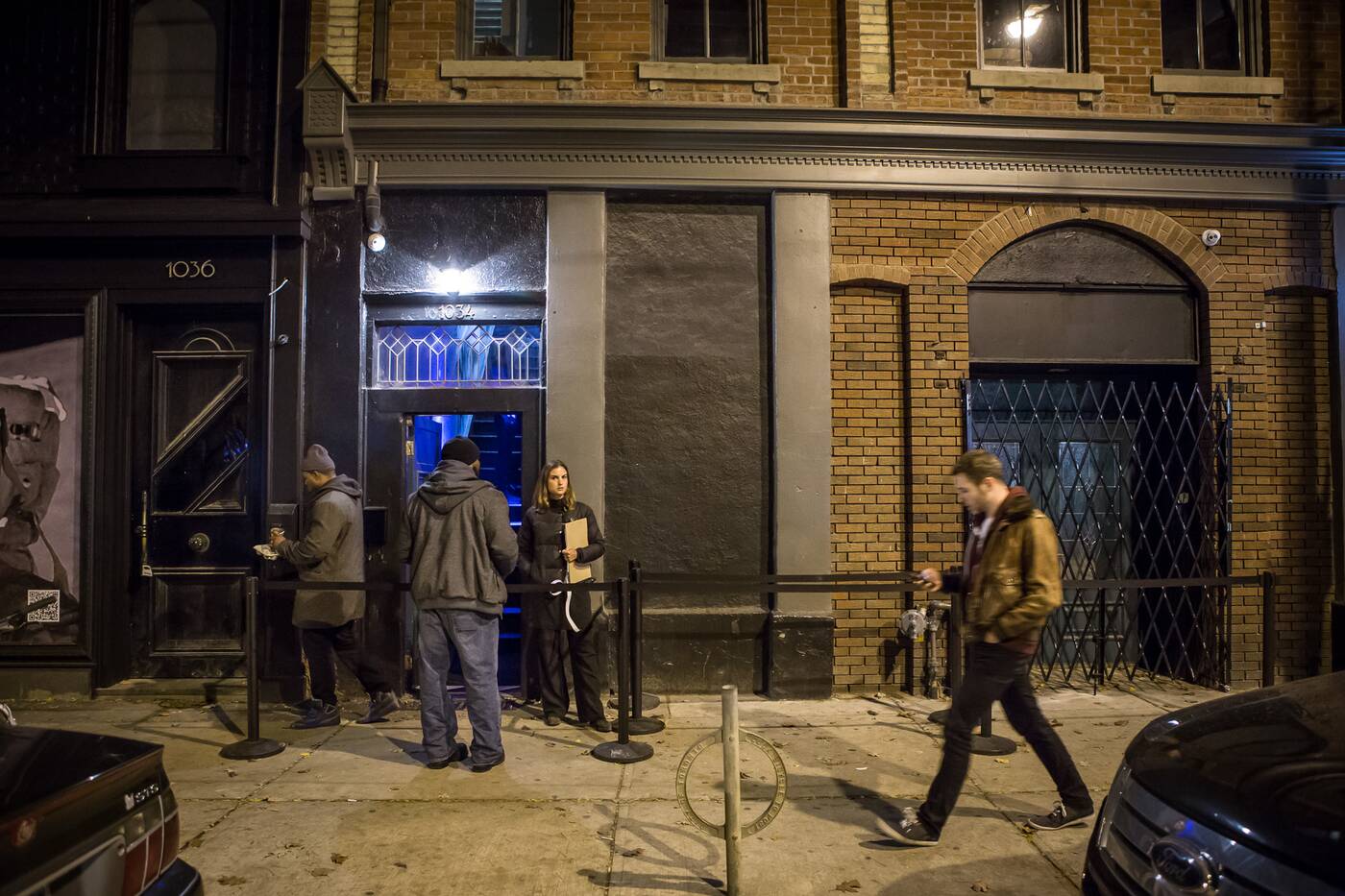