Uncle Tetsu's Matcha Cafe can be found right next to the original Toronto location of its popular Japanese cheesecake shop. This matcha cafe is its first ever incarnation in the world, and if it's a success, another location will open in Taiwan. 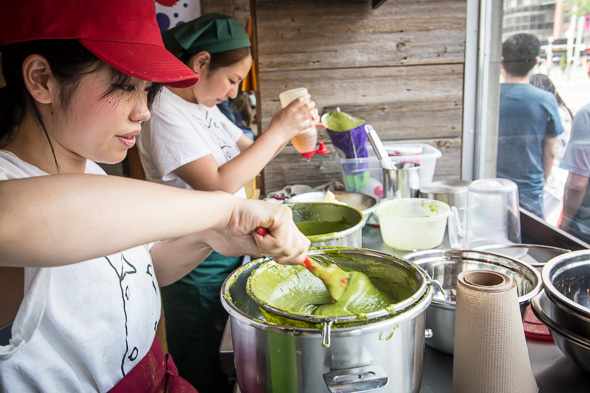 Why a matcha cafe? The idea was inspired by Uncle Tetsu's wife Kimiyo, who is an expert in hosting traditional Japanese tea ceremonies. She and Tetsu-san want to introduce matcha - a special kind of Japanese green tea in the form of a finely ground powder - to the Canadian public, along with its possible health benefits (it's full of antioxidants). 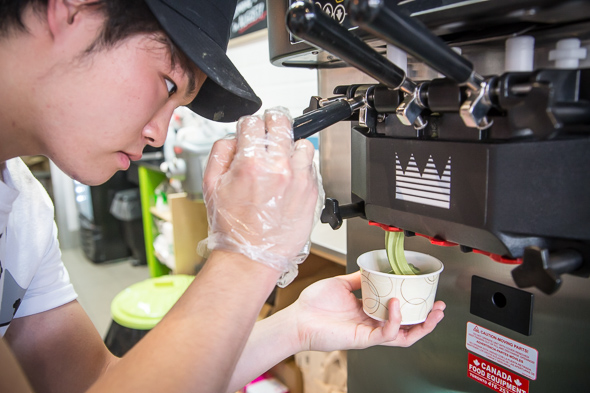 I personally feel matcha has already been around here for a while (at Starbucks as well as every Japanese restaurant that serves green tea ice cream), and adding sugar probably cancels out any good the powder does for one's health, but it's become a popular thing this year, and I like the taste of the stuff, so whatevs. A cafe with matcha-flavoured goodies sounds fine by me. 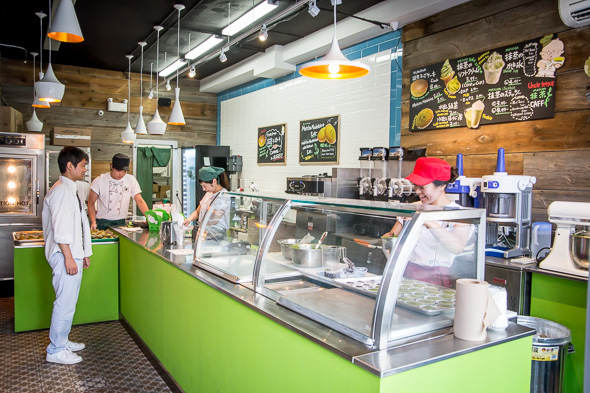 This tight space's layout looks almost like the mirror image of the cheesecake shop's, except there's a counter installed on the side of this one in case customers want to stand and enjoy their treats here instead of taking them to go. Be warned: there are no seats or tables, so this cafe isn't really a place for dawdling. 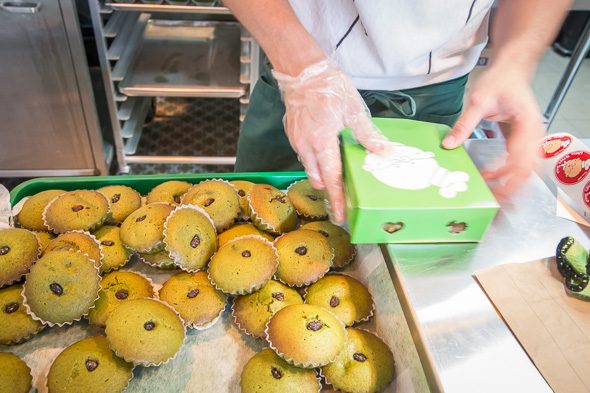 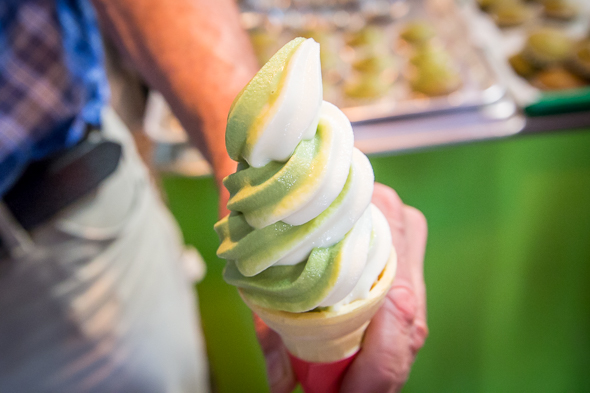 Unfortunately, when we visit, the slushy and shaved ice machines are down, so the only items we're able to try are the madeleines and the soft serve. The soft serve is refreshing for a hot summer's day (and begins to melt almost immediately), and the slight bitterness of the matcha adds a nice counterbalance to the sweetness of the ice cream. 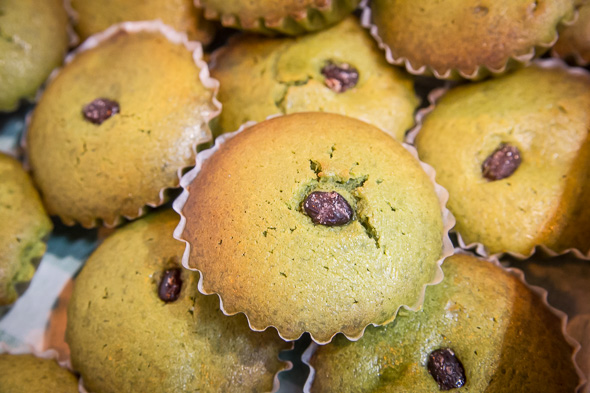 The matcha madeleines, which are like small sponge cakes with a bit of a crispy exterior, have a light, subtle matcha flavour and aren't overly sweet, which is nice. I have to say I like the ones stuffed with red bean paste best though. They're marked with a single red bean on top, and it's a delight to bite into them to discover just the right amount of filling inside. 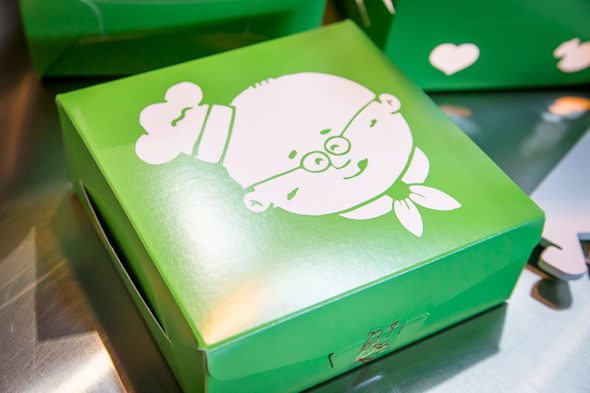 Shuntaro Kurakake, the director of Uncle Tetsu's Canadian operations, tells me the matcha and the red beans are imported from Japan, while the other ingredients, like butter, flour, eggs and milk, are sourced locally.

Happily, when we visit, there is no lineup, although we can't say the same for the cheesecake shop next door. 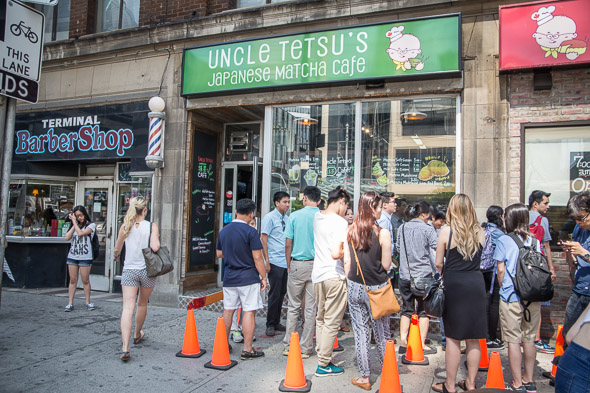