Tia's Bakery, originally located in Cambridge, has opened a new location of their gluten-free and dairy free bakery off the Danforth, just north of the Pape subway stop.

It seems cakes, cupcakes and cookies are the draw for Tia's so I decided to try a coconut cupcake as well as a nice-looking cinnamon bun covered with what seemed like a buttercream glaze (but alas, as a dairy-free bakery, no butter or milk, of course). 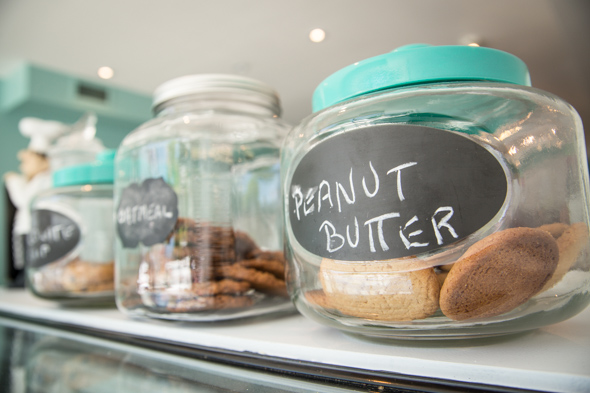 I don't follow a gluten-free diet, but as someone who's had bad allergies before, I get why you'd want to avoid what makes you sick, and yet not get cut out of all of the fun. And I've had gluten-free and dairy-free baked goods that are delicious, so I am aware it can be done.

But the treats I tried at Tia's were not very impressive. The coconut cupcake ($2.50) was mealy and tasteless, except for the icing on top, which was knock-your-teeth-out sweet.

The cinnamon bun ($3.50) fared a little better, the glaze was sweet too, but less overpowering, and the underneath bun twisted with a nice-tasting thin ribbon of cinnamon in a dry, floury dough. The treats would have tasted better first thing in the morning, I'm sure, but not by much. 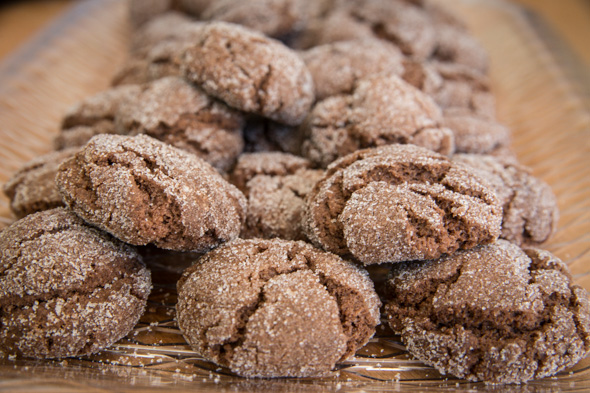 I chatted with owner Tia Vazquez for a while, about plans for a weekend brunch, and why she focuses on gluten-free foods, and how hard it is to make puff pastry without the use of dairy or wheat flour. She was sweet, kind and enthusiastic, all the traits of someone whose business you would want to see succeed. 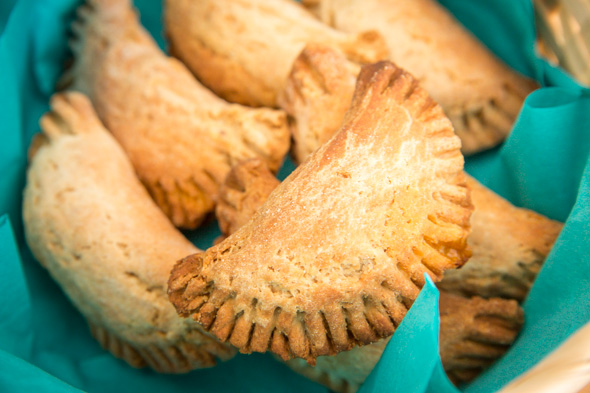 Tia's started as a successful made-to order home business, with an expansion into a storefront location in Cambridge and now Toronto. They just opened so I felt like I was experiencing business growing pains, where a successful home business moves into the next (what seems to be) logical step. 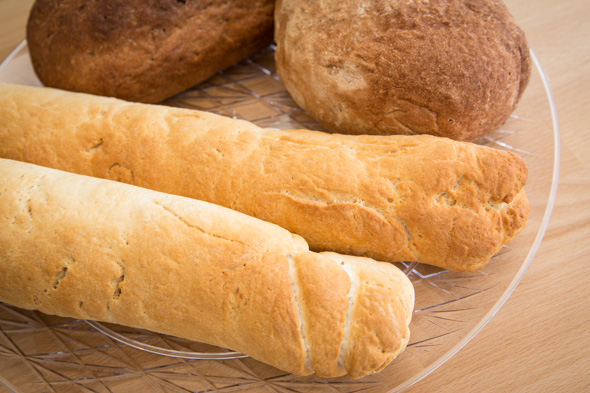 But that made-to-order mentality is very different from the eye-catching abundance that secures foot traffic and ups your profile in a sea on competition. 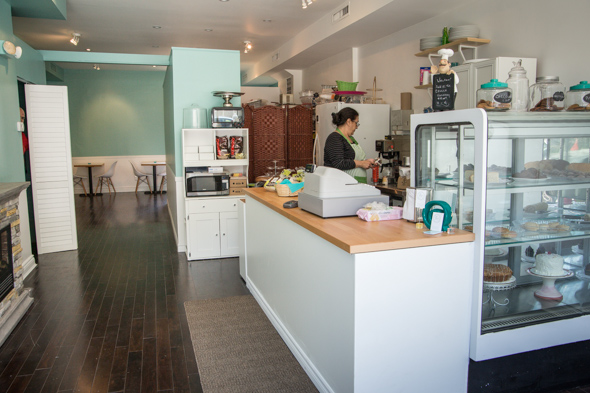 I'm curious to see how this Toronto location of Tia's will fare - it's in that awkward in between spot between the bustling Danforth and Pape Village to the north. 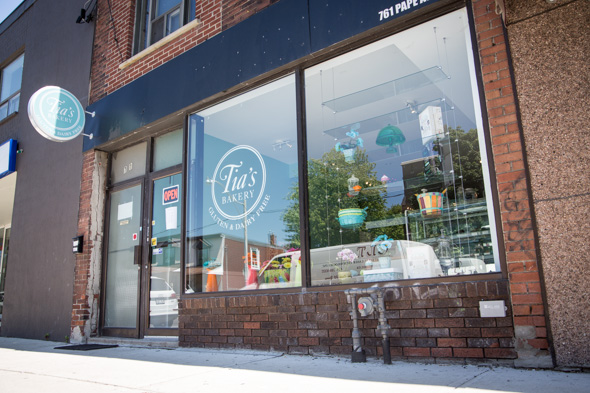