Shirini Sara has been serving Toronto's Iranian community - and in-the-know dessert lovers in general - for over 20 years. Selling exquisite Persian cookies and French pastries, husband-and-wife owners/bakers Nader and Vida Malek are carrying on a business that used to be rather famous in their native Iran (more on that later). Everything is made in the back kitchen of their bright and clean shop located in a nondescript strip mall at Leslie Street just north of York Mills.

A wide assortment of treats can found here, and since I don't have much experience with Iranian sweets, I try a bit of everything. Boxes of their much-loved miniature cookies come in a variety of arrangements, ranging in price from $6 for a small container filled with paper-thin, crisp raisin cookies to $20 for a large box of assorted shortbreads. 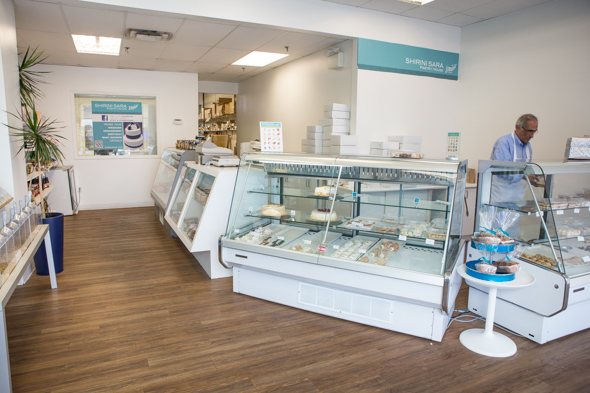 There are biscuits made from rice flour and others made from chickpea flour (gluten-free items are clearly marked), as well as cute, crunchy meringue-like chunks called pofak that combine chopped walnuts, eggs and sugar. 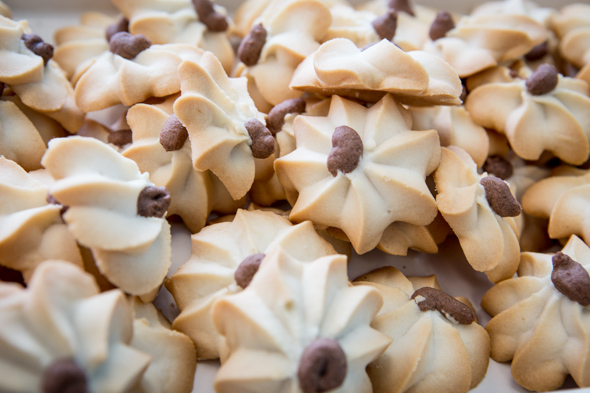 My personal favourites are the Persian macaroons, which are little chewy cookies that are made with almonds, coconuts or walnuts (I'm most partial to the latter) and the bite-sized pieces of Iranian-style baklava, which are flavoured with rosewater and cardamom. They're less sticky and sweet than other kinds I've tried, and there is also a version that is more cake-like in texture, which completely alters my understanding of what baklava should look and taste like. 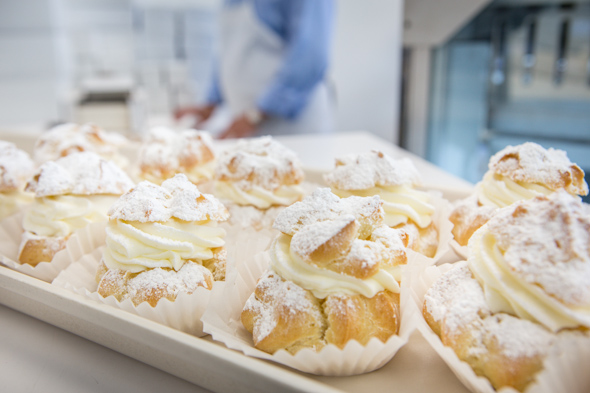 Iranians are apparently also fans of French pastries (then again, who isn't?), and the Maleks have these in abundance: light and flaky slices of Napoleon, cream puffs and chocolate or caramel eclairs (all $1.95 each) are just a few of the offerings. 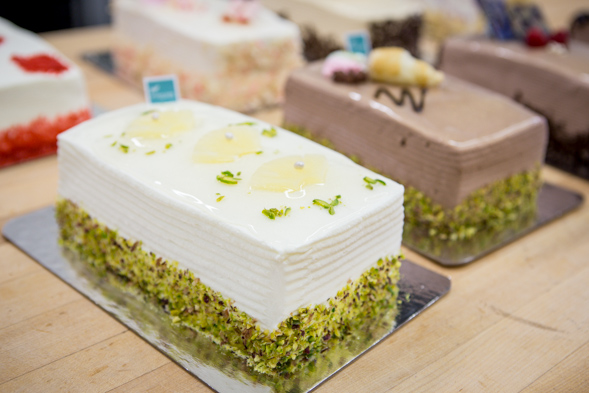 Orders can be placed for whole cakes ($19.95-$26.95), including marzipan ones, with a mind-boggling variety of flavours to choose from, like lemon saffron, cherry almond or pomegranate. The Maleks only use real cream and butter in their baking, as they believe Shirini Sara's reputation is based on the quality of their ingredients. 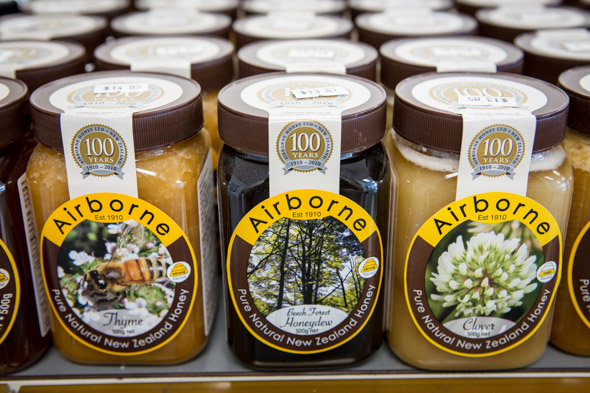 The pastry house's baked goods can also be found in fine food stores like Pusateri's and Yummy Market , but a trek deep into North York to visit the Maleks' shop might be worthwhile, since they also sell interesting pantry items and bulk snacks imported from Iran, like Persian tea, dates, pistachios and watermelon seeds. 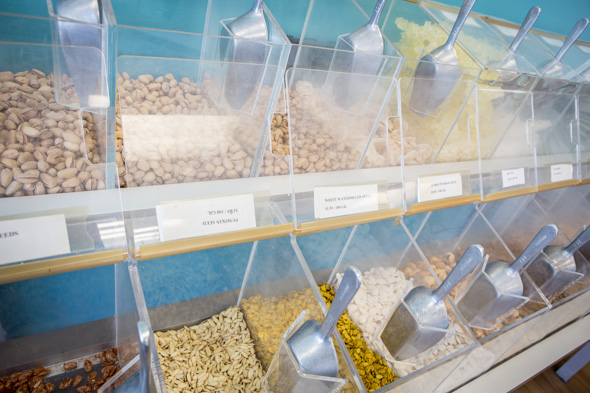 Nader tells me that in 1978, his wife was one of the first females to open a bakery in Iran. Vida ran the shop on the ground floor of her father's house ("Shirini Sara" is Persian for "pastry house") in an affluent northern suburb of Tehran, and the high-end patisserie became extremely popular - even the Iranian royal family placed special orders with them. 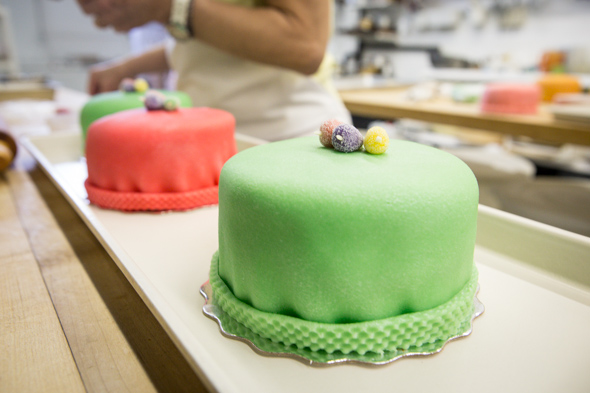 After the Islamic Revolution, the Maleks faced obstacles that made it difficult for them to continue the business and stay in their homeland (including the fact that Nader, who worked at the University of Tehran, was jailed as a political prisoner for 110 days. "After that, my wife hired me," he smiles). They moved to Canada in 1989 and started over again. 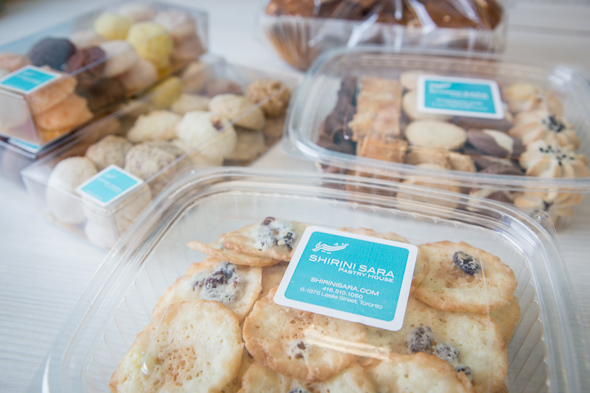 The Maleks, who celebrated their 46th wedding anniversary last weekend, are clearly committed to their work; the bakery is open every day, including every single holiday. The couple only took their first-ever vacation last year (to Mexico). Nader quips, "Every 45 years we take one vacation!" Now that's dedication. 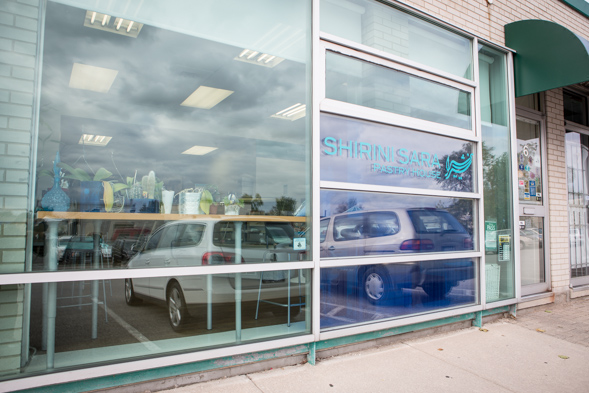