The Pie Shack, the wildly popular Beaches source for flakey peaches and cream goodness, has opened a second location for west-enders. Its new shop, at the corner of Annette and Clendenan near the Junction , has barely been open a week and is already having trouble keeping up with demand. "Sorry, we ran out," manager Dayle says to customer after customer as they drop in, keen on taking home a savoury pie. "We'll have them next week; come by early!"

Most don't leave empty handed-though, and tote a fruit pie as they head out the door. 'Escort,' rather. They are escorted out the door. 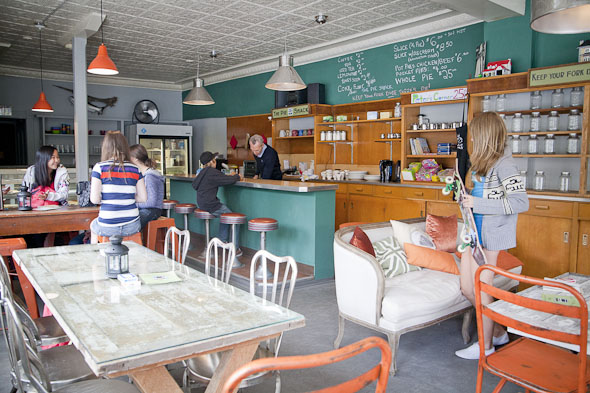 "We really want to create a friendly, neighbourhood atmosphere, so we have a particular way of doing things," Dayle says. "If you buy a whole pie, we'll walk you out the door; we'll sometimes give kids a free glass of milk with their slice, that sort of thing. 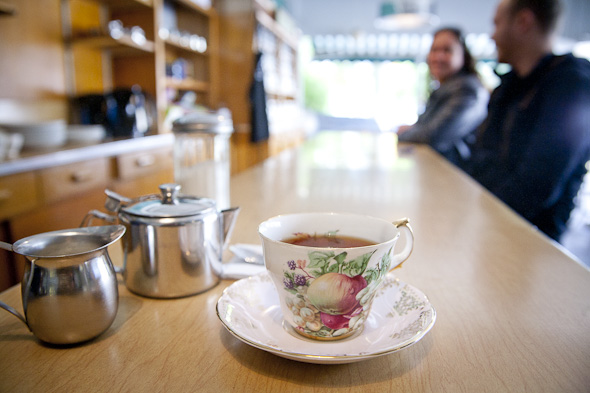 This sense of community is not a Pie Shack import, but a tradition upheld from the space's past life as a sandwich shop run by much-beloved resident Peter. Pie Shack owner Tim McConvey found the available shop after Peter had passed on, but wanted to make sure Peter's presence was still felt in the newly adopted space. So he kept some of the original fixtures, such as the shelves, counters, and stools, and created a little nook labeled "Peter's Corner," where kids can help themselves to candies by dropping a quarter in a glass jar. 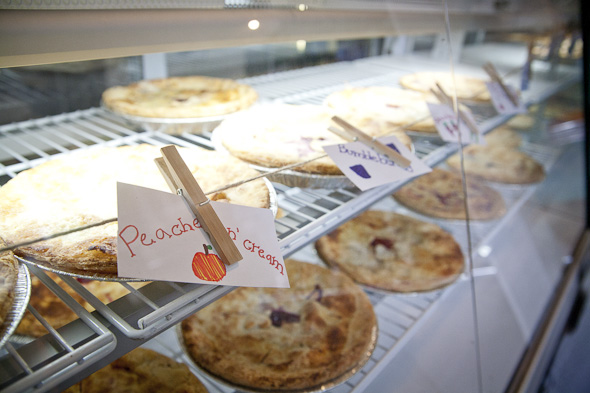 But most everything else in this west-end shop is akin to what you'll find in The Pie Shack in the Beaches . There's the giant (terrifying) stuffed deer by the entrance, an old glass-topped door serving as a communal table, and the same spread of fruit and meat pies (when available, of course) created just for The Pie Shack by a Beaches resident named Norma. "We get them fresh everyday," Dayle says when I ask about supply. "Though Norma's really working hard in order to keep up with demand." 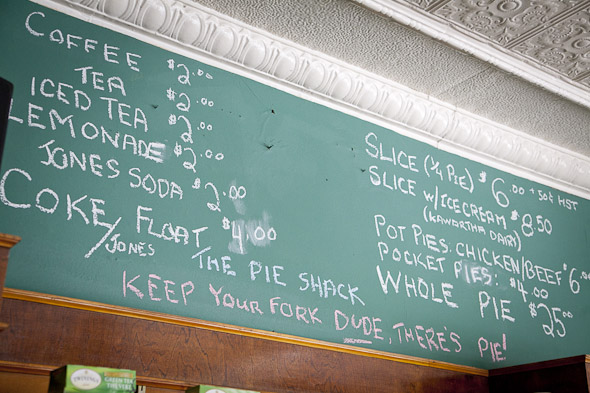 The Pie Shack offers whole pies for $25, individual slices (1/4 pie) for $6.00, and coffee, tea, ice cream and more to go along with the main attraction. I'll admit, I was a little surprised at the price; are they churning their own butter? But Dayle assures me it's worth every penny. 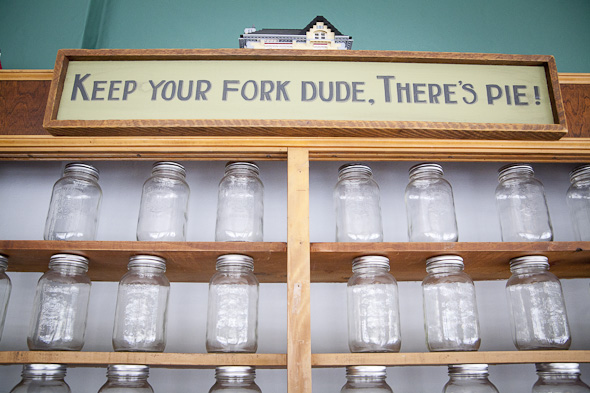 I opt for a slice of cherry pie and it truly is fantastic. The filling is plush with nice, plump cherries and the crust is flakey, buttery, and a little sweet. I swear it tasted as though they really were churning their own butter. Needless to say I had no leftovers, and would happily folk over more dough (excuse the pun) for a slice of bumbleberry, apple cinnamon, or an elusive chicken or beef pot pie. 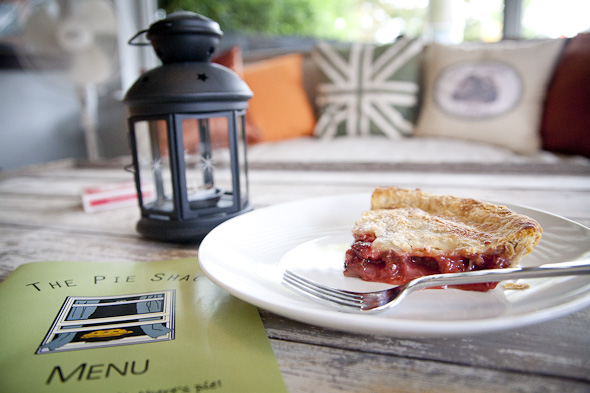 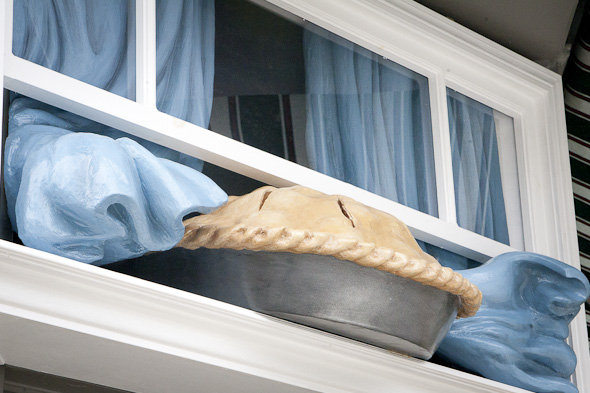 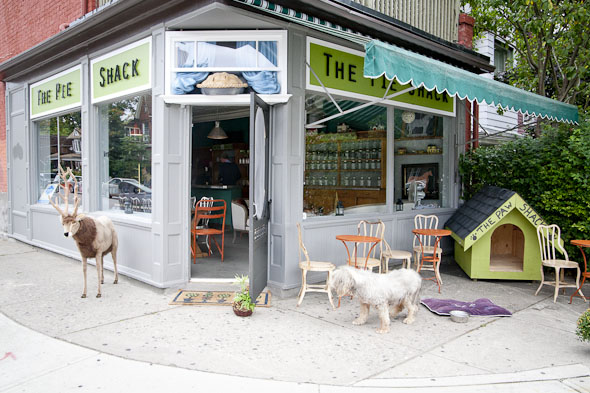