Mabel's Bakery (Queen St.) is currently open but their offerings and services may be affected due to the pandemic. Please contact the business directly for more information about any changes. Is this your business? Please contact us if you would like to update this message.

Mabel's Bakery just opened its second location on Queen West at Beaconsfield Avenue. "This area needed something different than restaurants from bars," owner Lorraine Hawley says simply as she scans her new shop. "So we're offering something different." 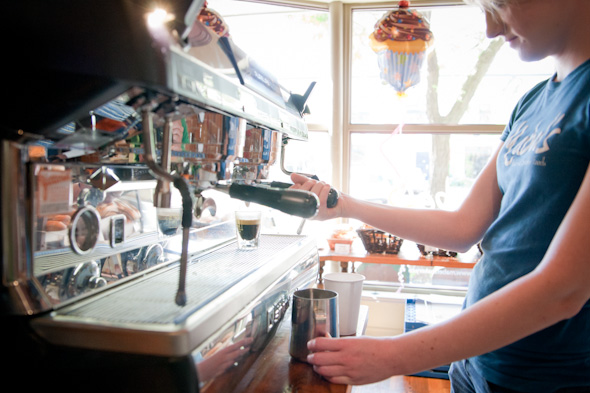 More specifically, Mabel's is offering an assortment of homestyle baked goods, pantry items, prepared food, and artisan breads. And much like its Roncesvalles predecessor , the emphasis here is on natural and organic as much as possible. 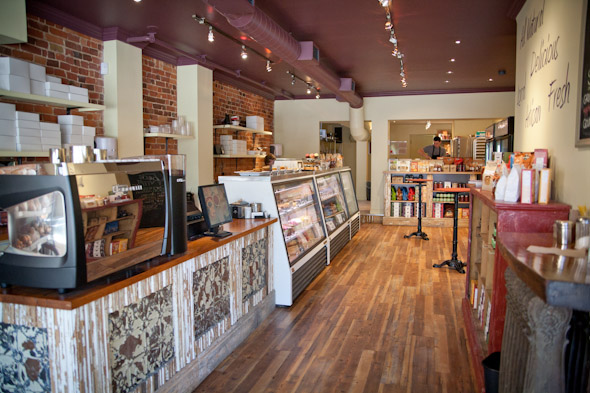 Lorraine tells me she opened the original location on Roncesvalles in 2008 after noticing a lack of quality prepared foods and baked goods in the area. The original Mabel's — named for Lorraine's niece — took off soon after opening, and four years later, Lorraine knew it was time for another. 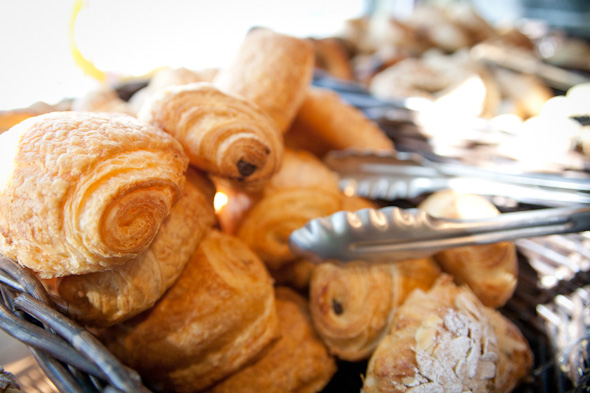 This new Queen West Mabel's looks and feels much like Roncesvalles, with the exception of an unpainted exposed brick wall and a couple of standing cocktail tables instead of seats. But the spread is the same — fridges of vegan chili ($9) and free-range chicken stock ($4.25), meals ready to heat and serve such as beef lasagna ($9.95/$19.50) and quiche ($5.95/$15.70), and plenty of breads and snacks to satisfy cravings for the walk home. 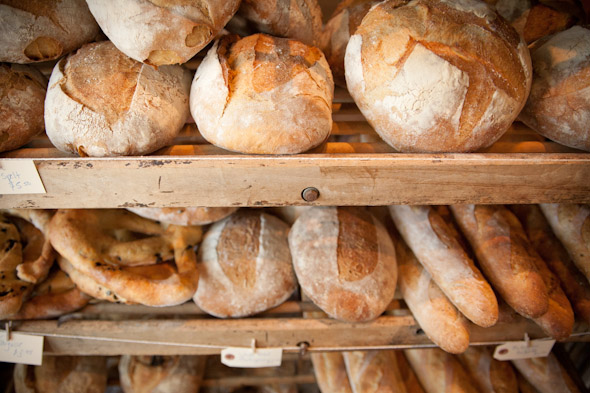 Mabel's used to exclusively offer Thuet breads, but Lorraine tells me the bakery has seduced a new breadmaker and will be rolling out its own line of light ryes and boule. As for the other baked goods, Lorraine says they're mostly her own with a little honing and technique via classes at George Brown. 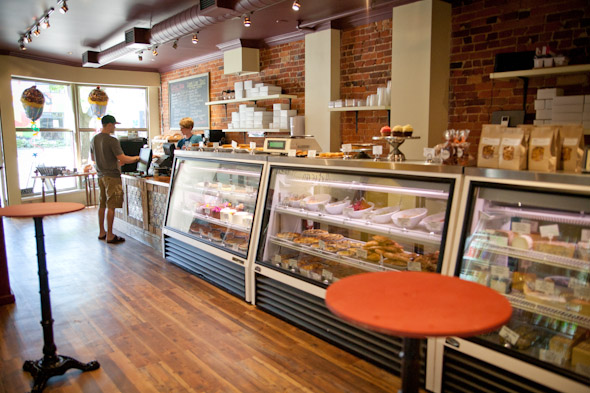 "I always loved baking and working with food," she says, adding that she previously worked in telecommunications. "After I had my son, that's when I really starting doing this." 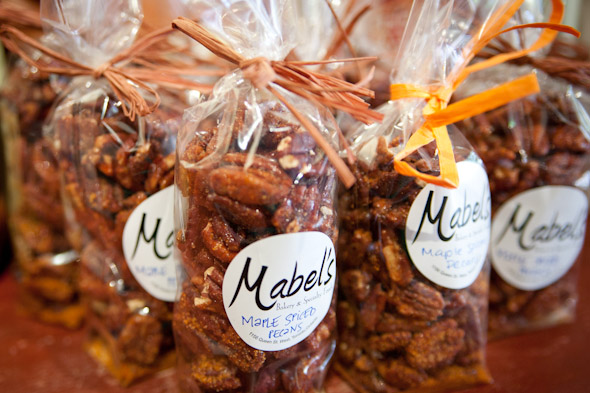 Mabel's has since garnered a reputation for superb cookies ($1.99), cupcakes ($2.79), and most notably, triple chocolate brownies ($3.05), and I can't help but surrender to the latter on this visit. The brownie is big enough for two (and indeed, I can't finish it in one sitting), with a hard chocolate coat over a creamy ganache layer and moist brownie cake. It's incredibly rich, quite sweet, and leaves me feeling like I just finished a meal. 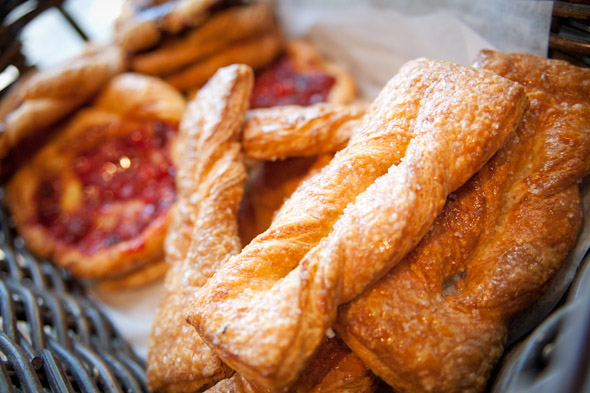 Of course, there are less indulgent options such as gluten-free lasagna and seasonal veggie soups, as well as a variety of specialty cheeses and charcuterie. The meats used in the prepared dishes are all organic and/or naturally raised (Beretta Farms, predominantly), and Mabel's also keeps a small supply of organic milk and eggs in its fridges. 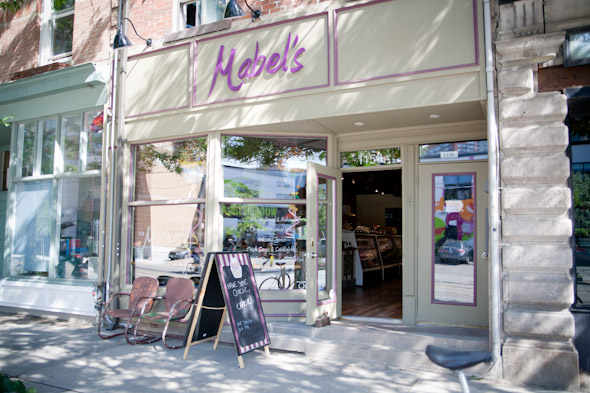 Lorraine hopes to expand the organic grocery selection to include a few more basics (butter, veggies, etc.), but in the meantime she'll just be using them as ingredients to feed Queen West prepared eats and sweets.