Lightweight Mini-Donuts opened last week, adding a bite-sized treat to the mix of delicious food options available in Kensington Market . I went to check it out after a tiring day spent running errands under the warm spring sun. Biking over, I couldn't help but wonder, do I really want to eat hot, fried dough right now? Upon smelling the sweet aroma and catching a glimpse of the goods, however, I quickly came to my senses.

Tucked inside the El Gordo food building, the Lightweight Mini-Donuts stand is distinguishable with its bright sign telling you to "treat your inner child." It was his childhood memory of enjoying mini-donuts at the local flea market that inspired owner Joe Winkfein to start his donut-making operation. He tells me that many adults have fond memories of enjoying mini-donuts at fairs and markets, and he wants to bring this classic favourite to the city. 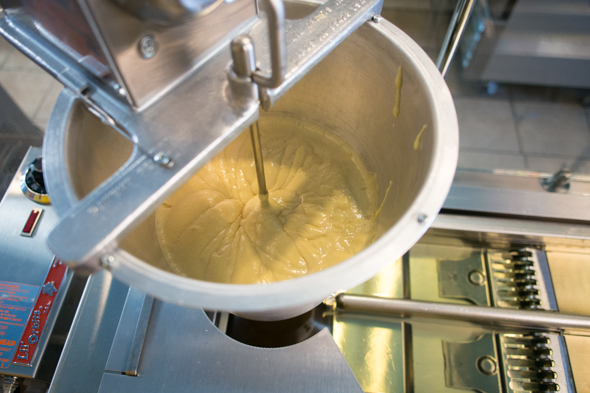 Winkfein's enthusiasm for mini-donuts is clear during our chat--his eyes light up when recalling his childhood memories and his aspirations of creating fun, tasty memories for a new generation of kids in the neigbhourhood. "I'd like to keep the nostalgia of the donuts going," he tells me, "as silly as it sounds--such a big goal for such a small product."

Winkfein sells his mini-donuts by the dozen ($4/dozen and $12/4 dozen), and keeps the flavours simple: icing sugar, cinnamon sugar, or mixed. The automated donut machine--the "Cadillac of donut machines" according to Winkfein-- was selected to ensure fast, fresh service. It can make up to 200 dozen donuts an hour to avoid long waits, but can slow the pace to make fresh donuts on demand during off-peak times. 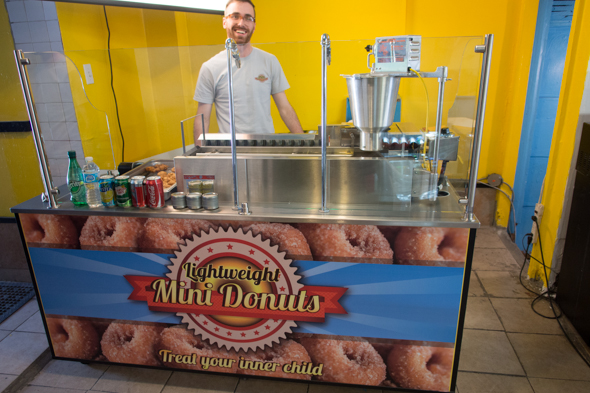 Observing the making of the donuts is a key part of the experience, Winkfein tells me, and it certainly is mesmerizing. The machine dispenses rings of batter, about an inch and a half in diameter, that bob along a river of oil like doughy life preservers, with a flip by the machine midway, until they reach the cooling rack. Winkfein says he cooks his donuts a bit longer than others might, to create a slight crispiness and to ensure they stay fresh for several hours. He then scoops up the adorable little donuts into a simple paper bag, adds a generous heap of the requested topping, and shakes vigorously. 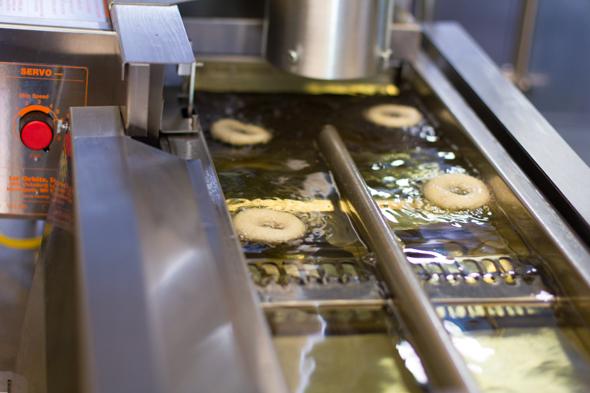 I eagerly dug into my bag to try out the goods. The donuts were a light golden brown and, despite witnessing them swim along a vat of hot oil, they were surprisingly light and not too greasy (and made with trans-fat-free batter and oil, I'm reassured). As promised, the outside was ever-so-slightly crisp, with a soft and airy dough inside. The granules of the cinnamon sugar flavour provided a tasty contrast in texture to the moist dough. Personally, though, I preferred the icing sugar topping, which melted to create a finger-lickin' good glaze. 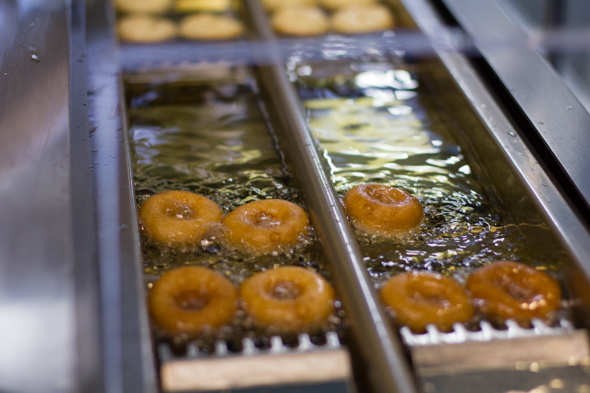 I saved a few donuts to test Winkfein's claim that they would stay fresh all day. Sure enough, they were still moist about eight hours later, making for a nice late-night snack. I agree with Winkfein, however, that they are best enjoyed fresh. Overall, I appreciated the simplicity of Lightweight's mini-donuts--nothing fancy, no obscure flavours, just sweet pop-in-your mouth treats. 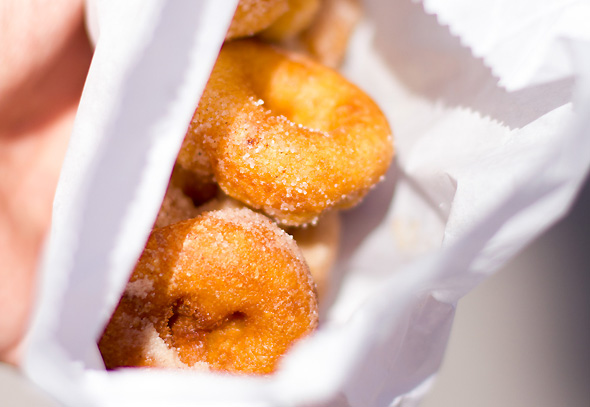 Winkfein has big ambitions for his tiny donuts. First up, he wants to build his presence in Kensington and simply enjoy the market. He chose the location for its fair-like atmosphere, and for the supportive feeling among local business owners. Lightweight will sell donuts outside during Kensington's pedestrian Sundays, as a portable snack while exploring the shops. There are also plans to sell iced coffee, locally sourced from Kensington's own Grind House , in addition to the cold pop and water that are currently available.

Winkein also wants to take his donuts beyond Kensington. He hopes to open up more locations and to provide catering services for corporate events and weddings. It's all about expanding the devoted mini-donut fan base: "I just hope people like mini-donuts as much as I do. This is a labour of love for me." 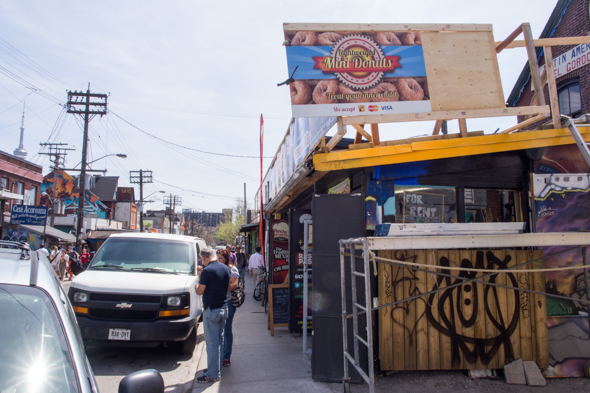