Jelly Modern Doughnuts, a new shop for gourmet treats at College and Bathurst, will probably become the next big hangout for cops in no time â its doughnuts absolutely pulverize Timmy Ho's. All of the doughnuts are made fresh on site, with flavours like maple bacon, s'mores and peanut butter cup, alongside more classic options like chocolate, vanilla, jelly and lemon curd. 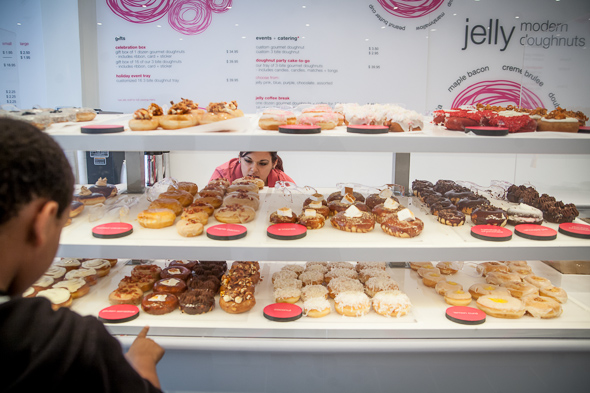 I decide to sample two different kinds (you know, in the name of journalistic due diligence). I opt for the peanut butter cup and the lemon curd ($2.75 each) to try to grasp something from either end of the spectrum. The peanut butter one is dipped in peanut ganache, and filled with frothy, sweet-and-salty whipped peanut butter. The icing is the drizzley kind that gets all over your face despite your best efforts and ruins your lipstick, but in the best way possible. The doughnut itself is so fresh it almost tastes light and fluffy, which, for a doughnut, is quite a feat. 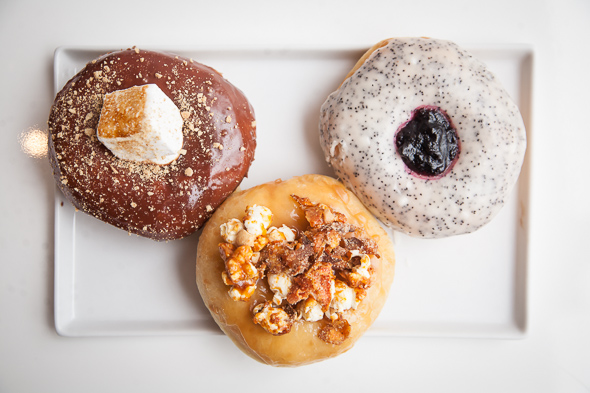 The lemon curd, of course, is much more tart, and more along the lines of what I look for in a doughnut. Too much sweetness can be off-putting, but that was not a concern here. The flavours felt authentic, with lemon glaze dripping down the sides and housemade lemon curd adorning the centre. This is a real doughnut, people. 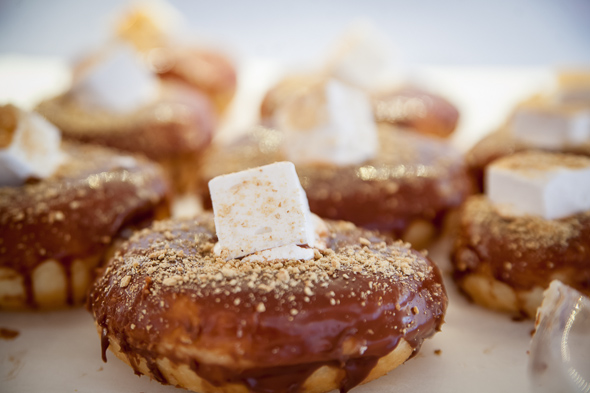 There is, of course, the eternal argument over whether something as commonplace and pedestrian as a cupcake or a doughnut can even be called gourmet. Normally, I'm a skeptic on this front, but I would say these doughnuts make the cut. All of their ingredients are locally sourced and organic where possible, and everything is preservative-free (their website even brags that they don't own a freezer). 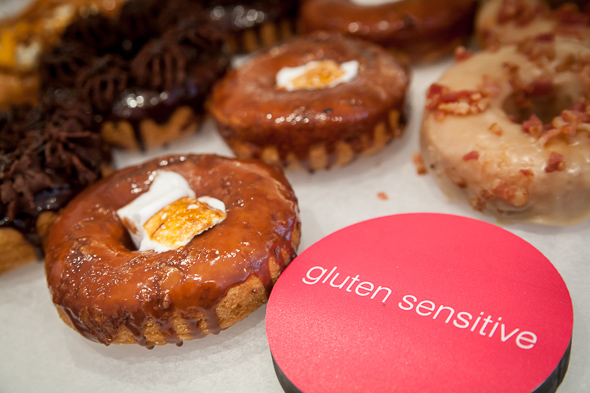 While the doughnuts themselves are top-notch, the atmosphere of this bakery is thoroughly unenjoyable and unstylish. It's decked out in stomach-churning hot pink and white, and Koodo commercials and Katy Perry blast from what must be the worst radio station in the city. It feels like a McDonald's in here (only much cleaner). That said, there's no real seating available aside from a window seat, which seems to have been installed more as a place to sit and wait for an order than anything else. I don't think atmosphere is really meant to be the focus. 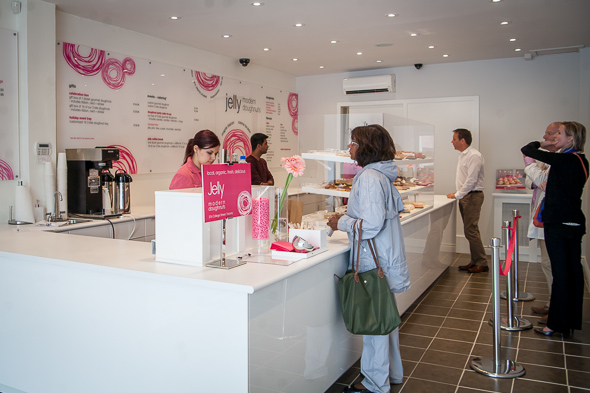 Jelly Modern Doughnuts pays more attention to the catering and large order side of things, with an emphasis on packages, gift boxes, and holiday event trays (All priced at around $39). They make a thing called a "Doughnut party cake," which sounds absolutely fantastic, for $39.95.

Drinks on offer are limited to drop coffee and a selection of milk, pop and bottled water ($2.25). Their focus, clearly, is on the doughnuts. 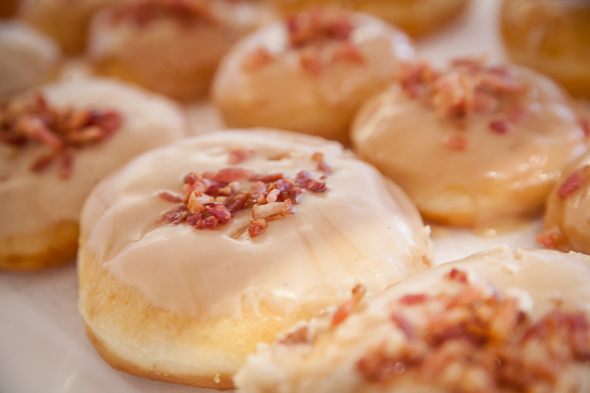 Though Jelly just opened its doors yesterday, it felt like they already had a pack of regulars when I dropped in. People were constantly coming in and out, and lots of the flavours had nearly sold out, with the maple bacon being a clear top seller.

I can see children's birthday parties in the Annex, baby showers, and office parties being supplied by this place well into the futureâas long as doughnuts remain a trend, that is. 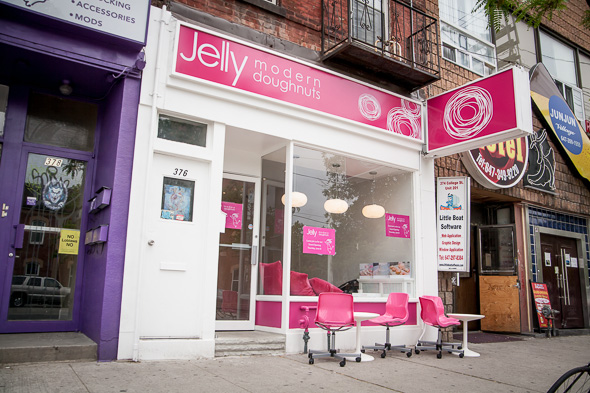