Haymishe Bagel Shop is one of the front-runners in the North York bagel wars. Its major competitor, Gryfe's , with its fluffy, chewy goodness, is just a little bit up the road. But during its years on Bathurst near Lawrence, Haymishe has grown to be more than just bagels, with a whole line of baked goods that are totally gluten-free. 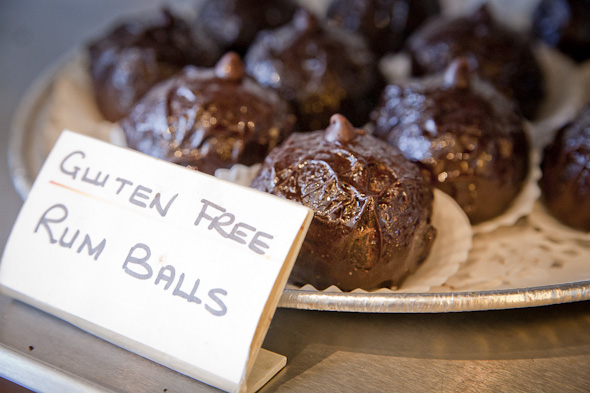 "We've had these for years," Razda, the woman behind the counter, says when I ask about the gluten-free spread. "The owner wanted to offer something that everyone could have." 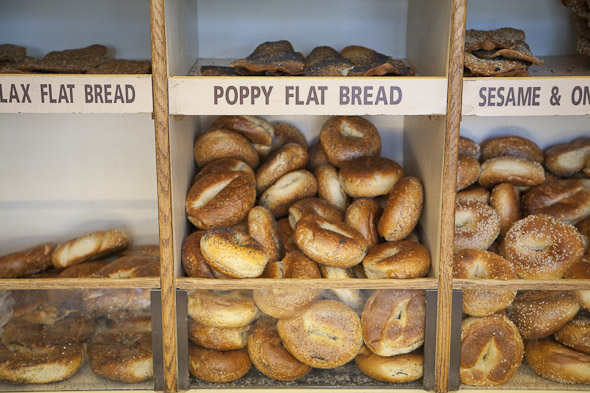 Indeed, I've known Haymishe to be onboard with gluten-free long before many supermarkets and bakeries caught on, though it has yet to introduce a gluten-free bagel. 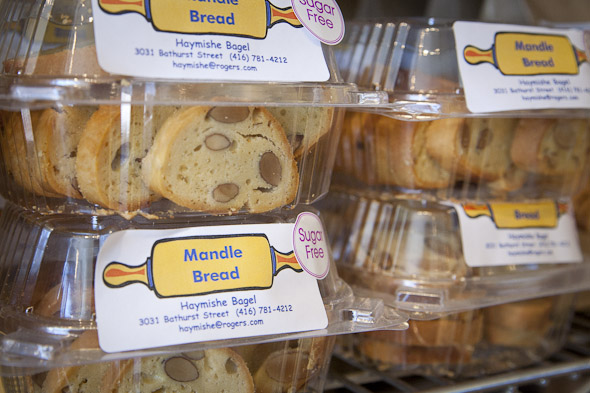 Instead, Haymishe offers Celiac-friendly loaves, which are made in a separate environment to avoid contamination. At $8.50 each, they're not the most cost-effective option at the bakery, though they come in unique varieties such as quinoa, mozzarella and oregano, and chickpea. Other gluten-free options include mini pies, rum balls, cookies, pizzas, and soups, though with no prices labeled, you might want to ask before you carry to the cash. 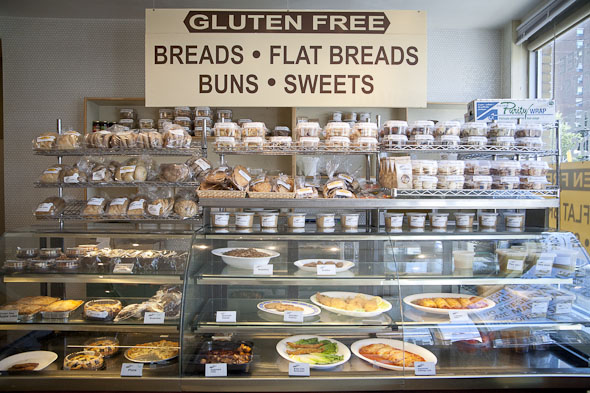 I had come for the bagels, of course, so Razda breaks them down for me. "We have two types," she says. "The harder, Montreal-style bagels, and the softer ones that are fluffy on the inside." The bagels come in typical plain, sesame seed, poppy seed varieties and more, and are sold for $0.70 each. 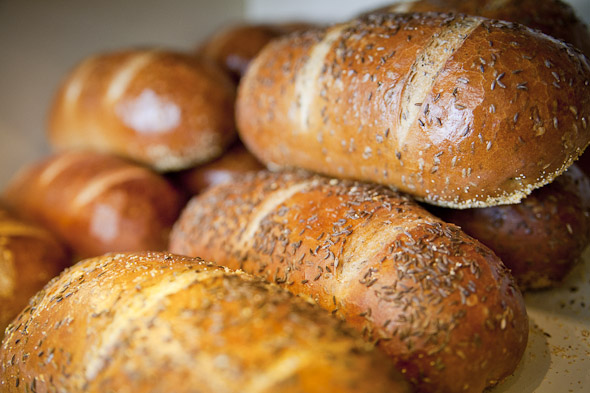 Though Haymishe has a bagel bar where customers can order a bagel with various cream cheeses, lox spread ($4.60), egg salad ($3.55), and so forth, I decided to get my half dozen poppy seed to go. Never much a fan of the Montreal-style bagel, I asked for the other kind, and was delighted to feel the softness through the bag. 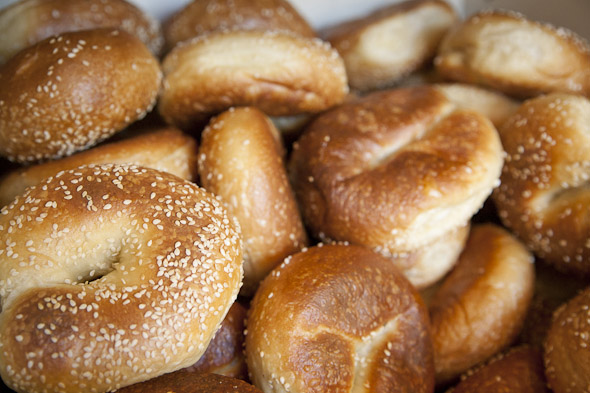 The true test of a bagel, as I have always said, is how it fares unadorned, so I decide to dig in as soon as I've left the shop. And the bagel does well--a nice shell, light and chewy on the inside, and a great fresh taste. Though I will still admit, I could've gone for some cream cheese. Let the bagel wars continue. 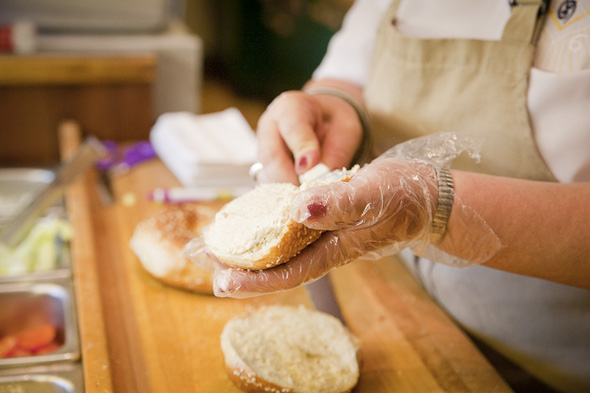 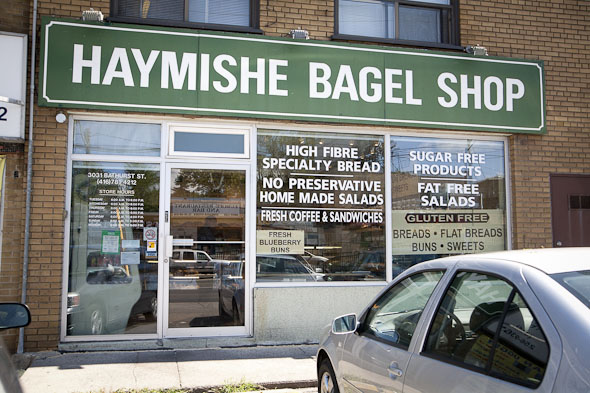