Dlish (Yorkville) has been in its second Toronto location for just 2 weeks when I stop in. Owner Verge Manuel was seeking a spot that would complement the West Queen West location and opening up in the notoriously affluent neighbourhood was a natural move. "It was fitting to come into Yorkville where people's tastes are refined, and they demand the best."

The modern, minimalist interior is identical to that of the first location. Manuel wants the Dlish brand to be instantly recognizable and familiar, from the petite two-seater "cupcake bar" by the window, where you can unwind in-store with your cupcake(s), to the minimalistic shelves on one wall displaying Dlish's gift box options, to the bare, off-white walls. "People ask me whether I'm going to put up art on the walls, but I want the cupcakes to be the art," Manuel tells me. 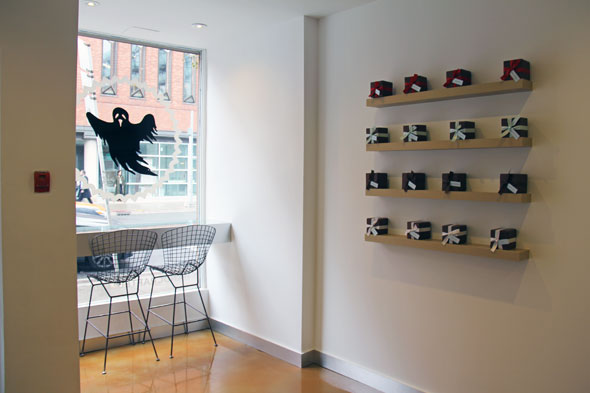 As with the original location, the only baked good available the cupcake, in 23 gourmet flavours, with only 9 available on any given day. Manuel believes that this not only allows his baking staff to focus their energies on executing the day's flavours flawlessly (beginning in the morning and often refreshed throughout the day), but also generates a sense of anticipation--cards laying out the weekly schedule are available, so you can put it up on the fridge and wait for "pumpkin" Wednesdays. 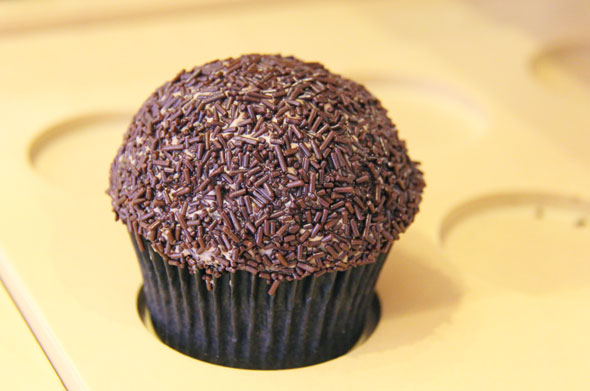 Although pretty, these are not the frou-frou cupcakes that have become so popular recently--something which Manuel cheekily terms, "bedazzling." Dlish is known for eschewing the idea that a cupcake's flavour comes from its frosting. Rather, the delectable apple caramel cupcake that I quickly devour tastes overwhelmingly of its promised flavours, thanks to a moist apple cake, caramel frosting, and lush caramel.

Likewise, the maple walnut's maple cake is neither too sweet, nor too decadent, and its cream cheese frosting suffers only for being studded with just one small piece of walnut. They use Belgian or French chocolate, Madagascar vanilla, farm-fresh dairy, natural zests, and no artificial flavourings, preservatives, or hydrogenated oils whatsoever. Finishings such as their white vermicelli are made from French white chocolate rather than the candied, waxy sprinkles you might find elsewhere. 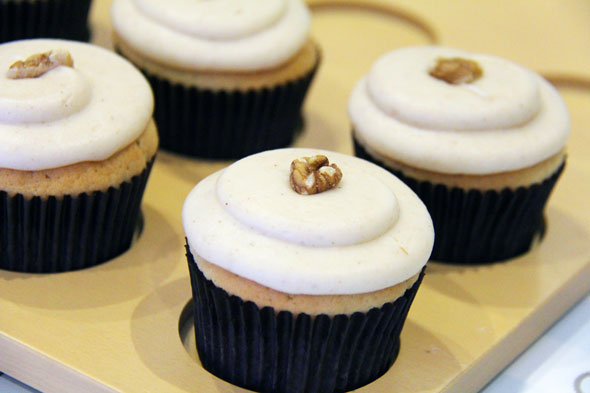 The cupcakes are baked on-site and from-scratch, with each location having its own dedicated kitchen. There's also a small window behind the cash which, depending when you go in, might afford you a glimpse of Manuel's team of bakers hard at work. You're also likely to be suffused in the nostalgic smell of eggs, sugar, and chocolate doing something good in the back. The cupcakes are priced at $3 each, $17 for a box of 6 (with no tax), or $33 for a box of 12, and available as advance and online orders for either delivery or pick-up. 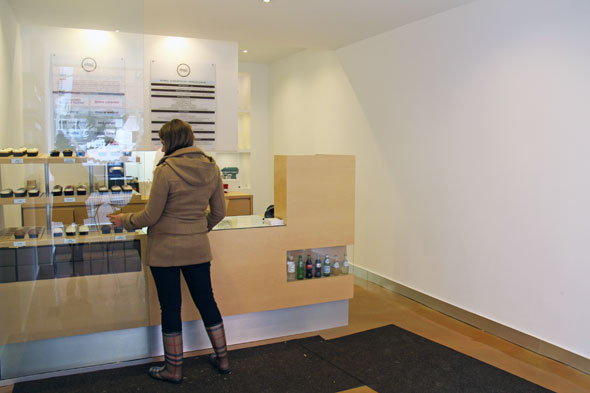 Manuel studied pastry arts in Buenos Aires, and much of the inspiration for the business and its products came from his travels. He views cupcakes as "affordable luxuries;" an idea that was spawned on the streets of Argentina in its economic struggles. Even there, people took the time--and spent the money--to enjoy a good coffee or a fine pastry. Dlish (Yorkville) also sells freshly-brewed Belgian coffee ($1.85), hot chocolate ($2), and English tea ($1.85), as well as cold beverages--pops such as Coke and Sprite ($2) come in old-fashioned glass bottles. These are offered only for convenience; you'll get nary a squint if you come in with your own outside coffee. 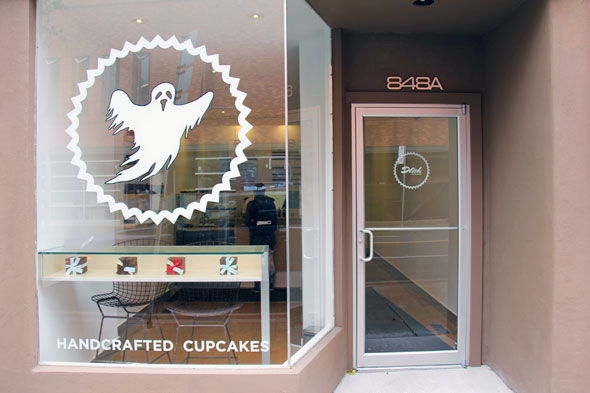 Manuel is hesitant to call Dlish even a fledgling chain, but he does admit that there are plans to expand further, and the popularity of cupcakes shows no sign of dying down. "We might even expand into other desserts," Manuel lets slip, but is then quick to clarify that they will still remain within the cupcake realm. Gives some credence to the idea of doing one thing, but doing it really, really well.

The Pursuit of Frosting