Cafe Booboo's name has nothing to do with the gluten-free baked goods, snacks, and groceries on its shelves. "Well," owner Cindy Lam says, giving me a half-sheepish look. "I named it after my cat. Some people have already started to figure it out."

But alas, there's no other sign of the beloved cat in this bakeshop/grocery store, which opened less than one week ago on the ground level of a condo at Richmond and Portland. It's all about the treats and eats here, all of which are gluten-free. 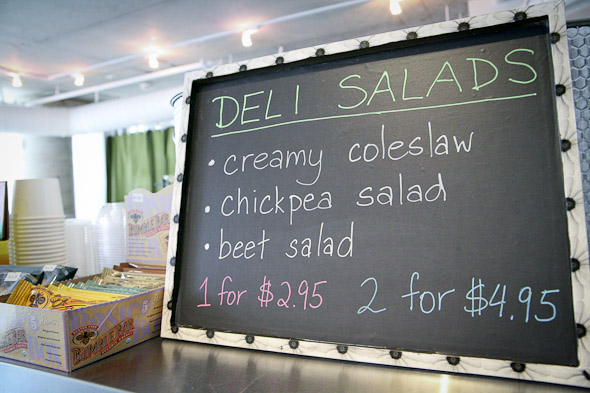 Cindy, a former tax accountant, tells me she does not suffer from Celiac disease or any type of gluten intolerance. Rather, she took an interest in gluten-free diets after learning about the potential benefits for people with diabetes. 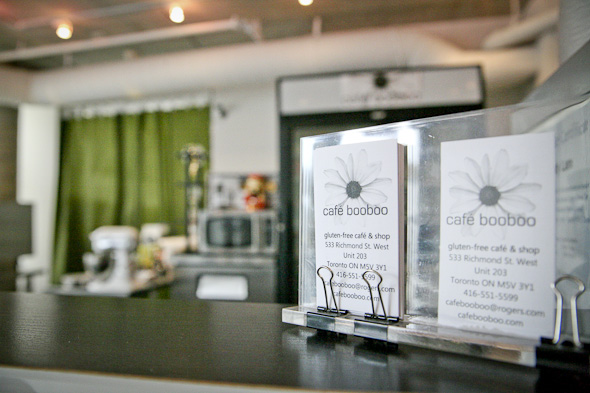 "I started experimenting," says Cindy, who is a diabetic, "and I found that a gluten-free diet helped to control my blood sugar." So she began trying out new recipes and gluten-free adaptations, and eventually decided she wanted to open her own cafe.

"I always wanted to own my own business," Cindy says. "And I wanted it to be about something I love." That explains the baking, and the naming after her cat. 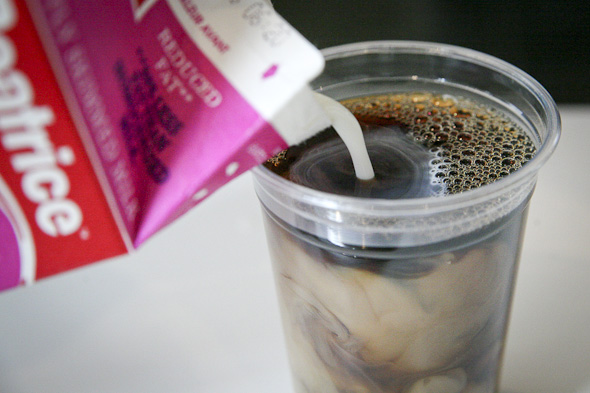 Cafe Booboo is still working on its menu (under the heavy duress of a malfunctioning air conditioner) but currently offers sweet treats such as mini cookies ($0.65 each) decadent chocolate cake ($4.50), and its own version of the whoopie cookie called the "Tuxedo Booboo" made of two layers of cake, a fruit layers, and a cream filling ($2.99). 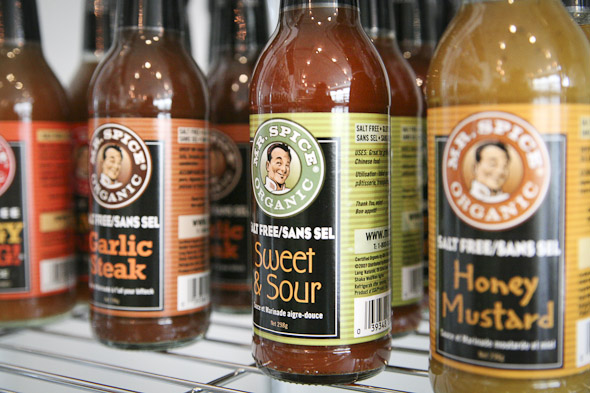 I try one of the cookies--a chocolate fudge cookie with white chocolate chips--and it has a great consistency, despite being made with rice flour. It's a little hard due to being kept in the refrigerator (a lesser evil than leaving it to weather the heat, I suppose) but it has a nice, rich flavour and keeps together fairly well for gluten-free.

Despite the non-cat part of its name, Cafe Booboo isn't really about the coffee and just offers a regular drip for those who are so inclined. It does, however, have a growing collection of gluten-free pantry items including cereals, sauces, and mixes, as well as freshly prepared parfaits, boxed salads, and crepes. 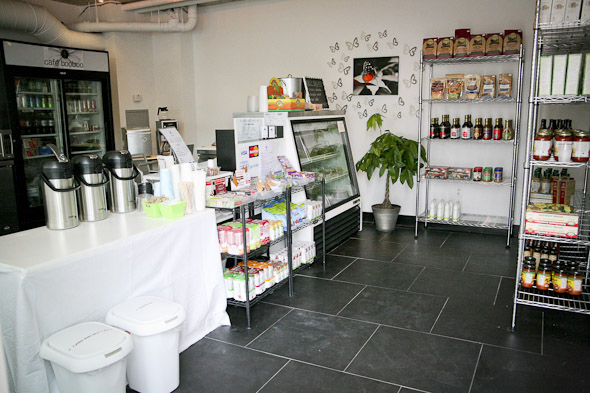 Cindy says her upcoming plans for Cafe Booboo include rolling out a roster of homemade, gluten-free soups (though the cafe, at present, doesn't offer seating) and adding congee to the menu along with various self-serve toppings. 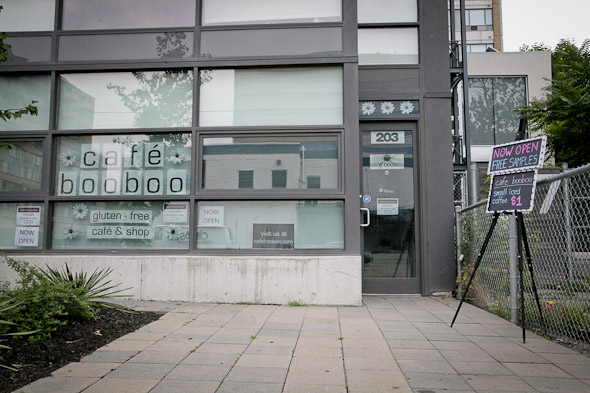