Butter Avenue has one of those salesmen-to-entrepreneur feel good stories. Calvin Su had been working at FedEx for years, settled in a stable position but less than thrilled with his daily work. Meanwhile, Calvin's sister, Tina, was honing her French pastry skills, working on perfecting the supreme macaron, and studying in France and at Le Cordon Bleu in Ottawa. It was last summer when Calvin decided he needed a change, and he paired up with his sister to start something new. 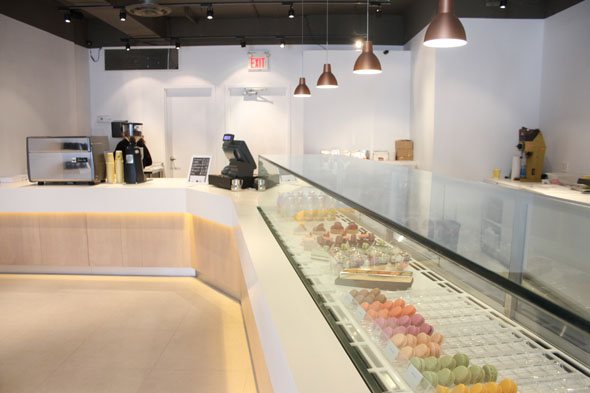 Eight months of permits, renovations, and countless batches of macarons later, and Butter Avenue opened its Yonge and Lawrence doors for the first time right before Christmas. It's hard not to note the p창tisserie's specialty, as alluded to by the giant macaron tower in the window. But the rest of is understated--clean and modern--with stark white walls, white chairs, and floating while shelves. 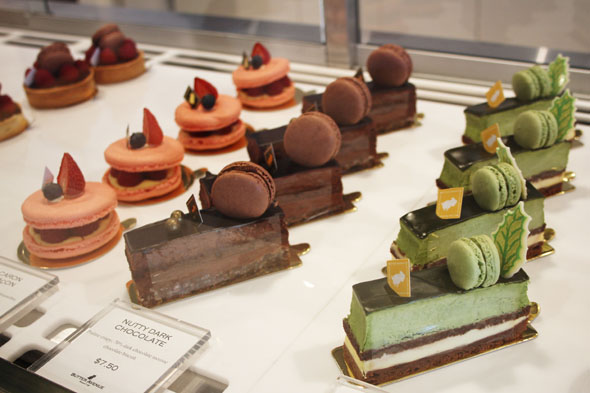 All the treats are elegantly displayed behind glass, including the 15 flavours of macarons ($2.25 each or $13.50 for six), and other French pastries and desserts. I'm told that croissants, baguettes, and sandwiches are soon to come, but on this, just the second day open, items are being rolled out slowly. 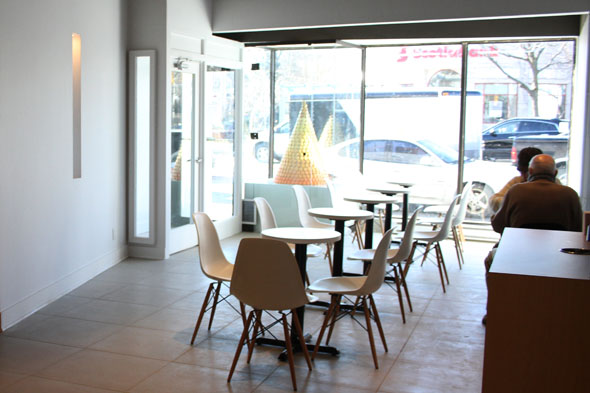 Calvin and I take a seat at one of the tables and he urges me to try some of the shop's macarons. "We try to get the best ingredients," he says, scanning the rows of raspberry, lemon, passionfruit, and other macarons. "The chocolate for our dark chocolate macarons--that comes from France, and the matcha powder for the match flavoured comes from Japan.

To drink, Butter Avenue offers a handful of loose leaf teas ($1.65) including Earl Grey, Organic China Sencha, and Almond, as well as espresso drinks made with Social Coffee & Tea beans. But its his sister's pastries that Calvin is most proud of and he's visibly excited to see the shop finally off the ground. "We really think these are the best macarons around," he says. 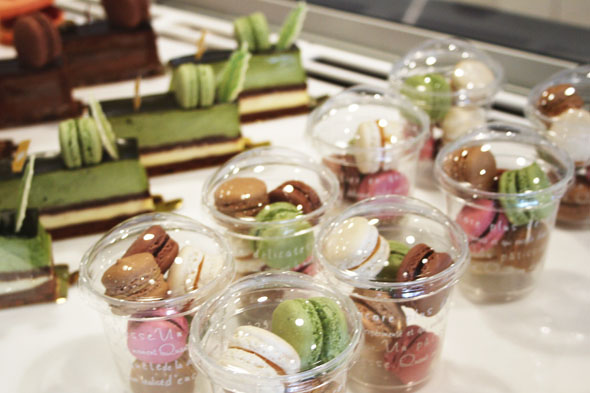 Not a strange claim to hear from a p창tisserie owner, of course, but after trying a couple, I must say Butter Avenue's macarons are remarkably delicious. Admittedly, I did have some reservations--my preconceived notions tell me only French chefs with butter in their bones can pull off a quality macaron--but these macarons could rival any Jean-Claude's.

I tried the matcha and salted caramel; both with pristine, crunchy shells and chewy middles that seemed to melt when they hit my mouth. The caramel was my favourite--rich and decadent. Calvin says they'll be rolling out new flavours as the shop finds its footing, but for now, they're simply sticking with the macarons that work. That's not a bad thing. 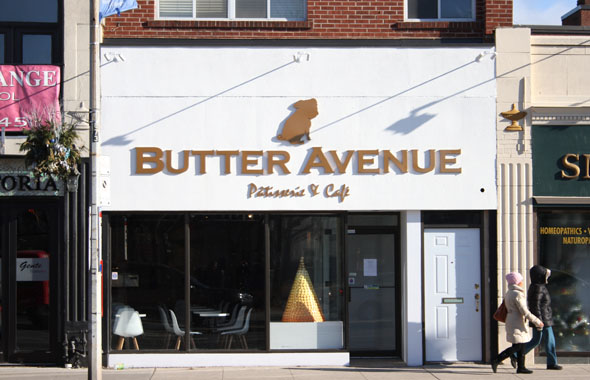