The owner and baker (let's call him Mr. G as he asked not to be named) probably realized that too, evident by his exterior signage that reads "Organic Bakery" big and large. The more modest "Boulangerie St. George" appears below. For the health-minded yummy mummies in the area, perhaps? 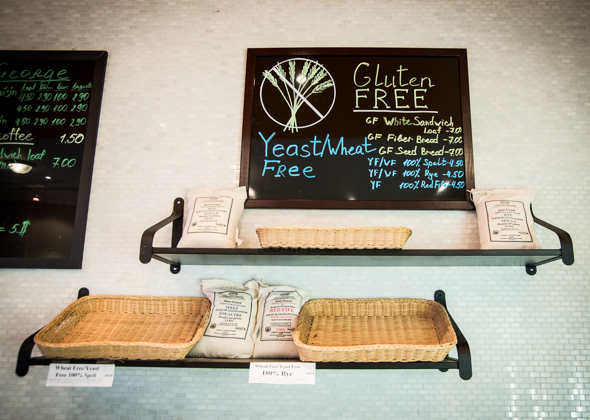 "There's no organic bakery in this area," Mr. G says as we chat about his affinity for Eglinton and Avenue Road. "I really love this area, and I thought this was something I could bring to the area." 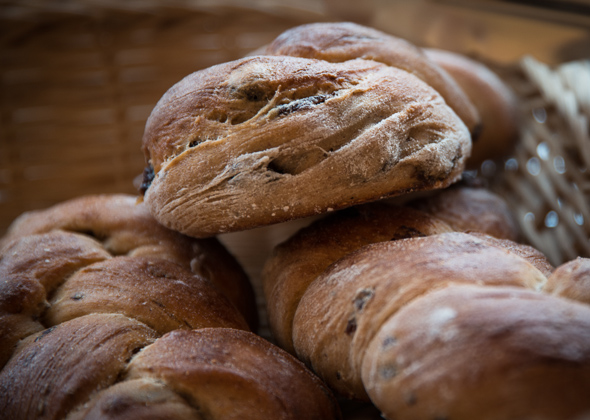 Located in the once-home of The Designer Cookie , Mr. G has purged the pink in favour of a creme and orange colour palette and a minimalist design. As with most bread shops, the baked goods are the retail centerpieces. 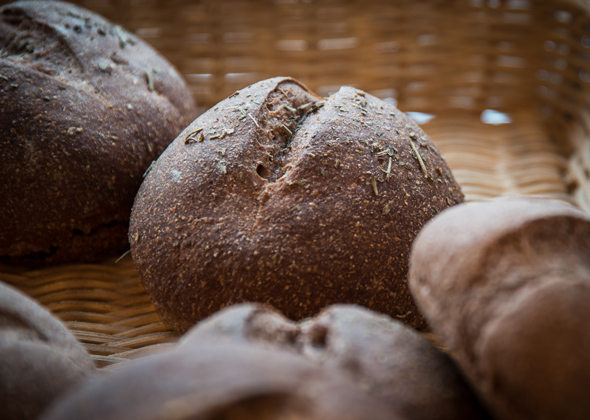 Boulangerie Saint George has everything you'd expect from a traditional French bake shop. There are baguettes ($2.90) of every creed including poppyseed, sesame seed, and classic white, loaves ($4.50) of walnut raisin, cinnamon raisin, and French sandwich bread, and lots of rolls, buns, and smaller bites, including fresh cookies ($2.00) and croissants (to come). 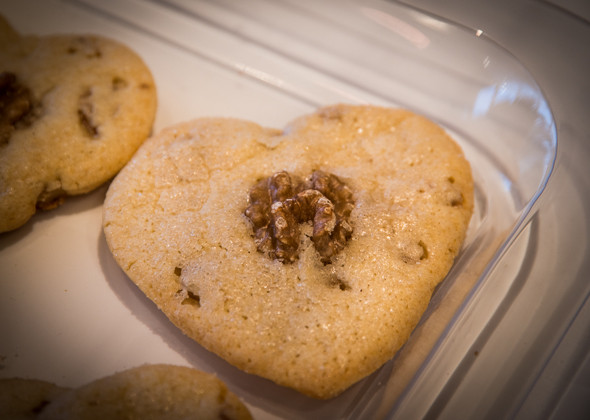 There are also options for those on particular diets, including yeast-free red fife loaves ($4.50), gluten-free white sandwich loaves ($7.00), and much more. Everything at the bakery is made organic with spring water, and it's all baked on-site except for the gluten-free options. 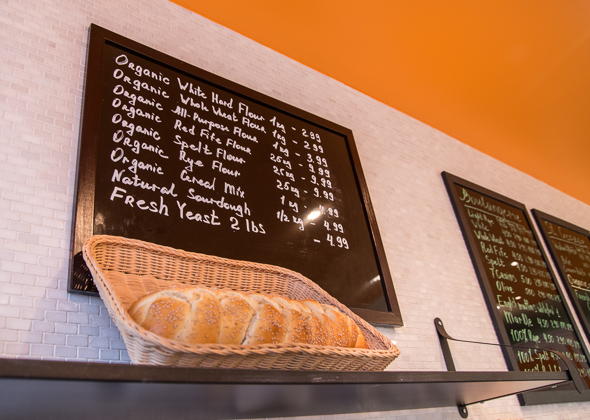 Along with organic Mountain View coffee already on hand, Mr. G says he plans to expand his grab-and-go morning options. I, of course, do not leave empty-handed, grabbing an olive demi-loaf ($2.99), which I have trouble resisting until I finally get home. The first cut reveals a perfectly crispy crust and a soft, olive-speckled interior.

The texture is just right and the bread is fresh as can be, though I tend to like my olive loaf with a really strong olive flavour — I'd call this one more mild. Nevertheless, the entire loaf is pretty much gone in an hour, so perhaps I should rethink my preference. 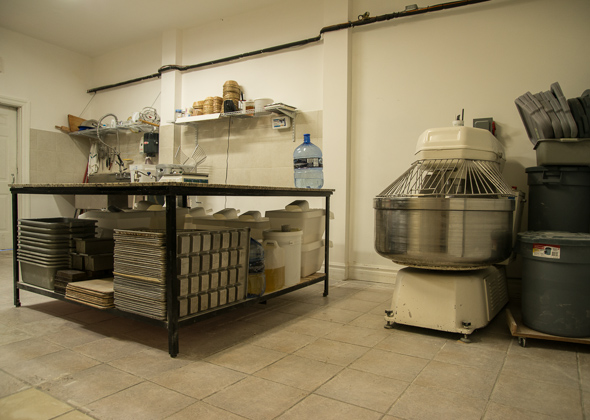 Though not exactly a classic French bread, Mr. G says he has had a few requests for organic challah , and will be exploring the option in the next couple of weeks. And with a few opening hiccups now behind it, Boulangerie Saint George will now stay open Monday to Friday 8 a.m. to 7 p.m. and weekends 10 a.m. to 6 p.m.

Please note: Prices are subject to change. The prices quoted above reflect what they were on the day the bakery was reviewed. These prices may no longer be current. 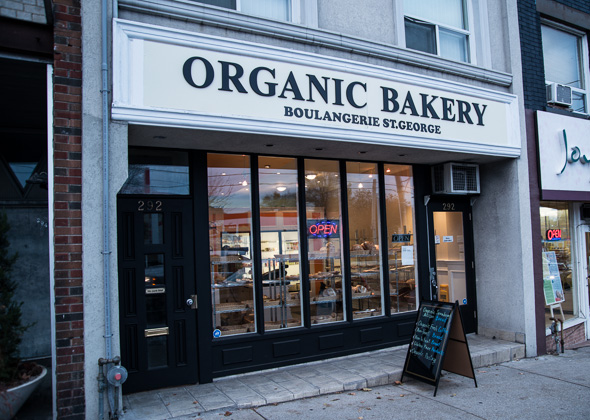