Beard Papa's brings a Japanese favourite to the second floor atrium of the Pacific Mall. The crunchy and gooey cream puffs may come from a food court stall, but this treat is definitely not one for on-the-go. I discovered that after I took my first bite into a vanilla puff and watched the light custard ooze out the other side. Oops. I guess that's why they gave me lots of napkins. 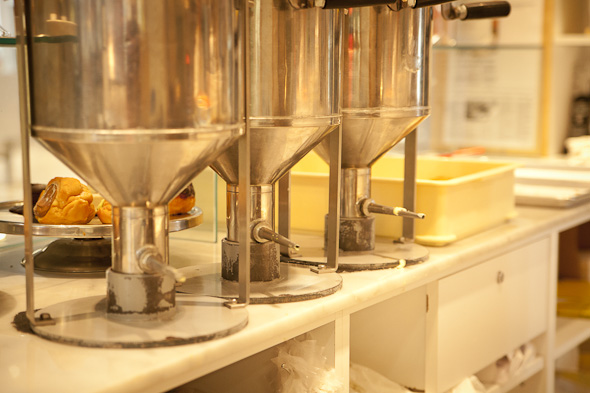 Beard Papa's is actually a Japanese pastry chain that started in 1999 in Osaka, Japan. The owner, Yuji Hirota, named the first shop after his bearded grandfather, and his success quickly spread beyond the city. The small bakery has since turned into an international franchise, with outlets in the US, the UK, Australia, and throughout the rest of Asia. This Beard Papa's in the Pacific Mall opened in June 2010, and the newest Canadian franchise opened a couple months ago in the West Edmonton Mall. 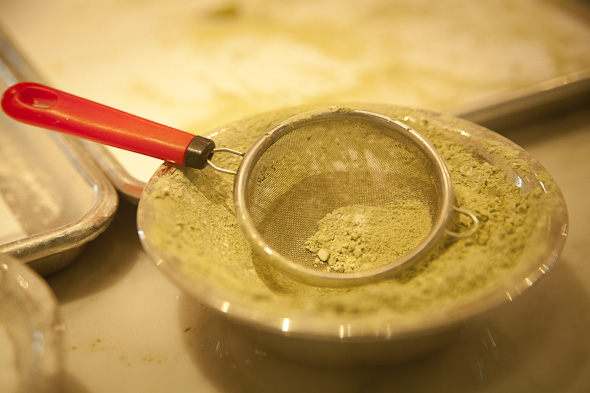 The concept is simple: a two-layer shell made out of choux pastry and pie crust and a filling made of custard and whipped cream. The custard is made several times a day using fresh cream, organic vanilla beans, and other natural ingredients. Besides the staple vanilla flavour ($2.38) specialty flavours ($2.58) are available on a rotating schedule and include varieties such as green tea, chocolate, mango, caramel, strawberry, and banana. Beard Papa's also offers Japanese-style cheesecake in stick form ($2.18), Paris Brest ($2.78), and other light baked goods. But I was there for the cream puff, and indeed, that's what I requested when I made it to the front of the line. 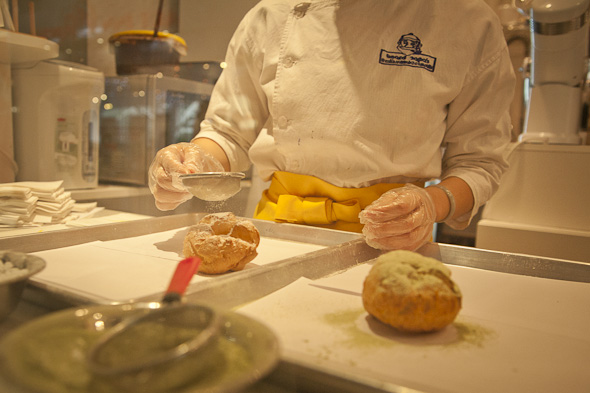 One of the girls behind the counter scoops up a shell and fills it with custard right in front of me using a device that looks like it was created for solely that purpose. After my first, messy bite, I settle into a seat to properly enjoy the puff. I'm surprised by the crunch of its shell, as well as by its temperature. 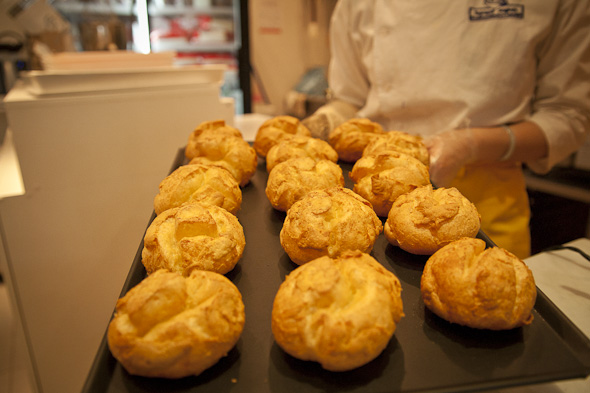 For some reason, I had expected it to be soft and warm; but no, it was crunchy and room temperature. The filling, however, was light and chilled, with little black specks of vanilla and a mild, sweet flavour. The puff was very fresh tasting and I could see how it could certainly be addictive, especially since the sweetness was delicate and the filling airy and soft. This addiction, however, must come with extra napkins. 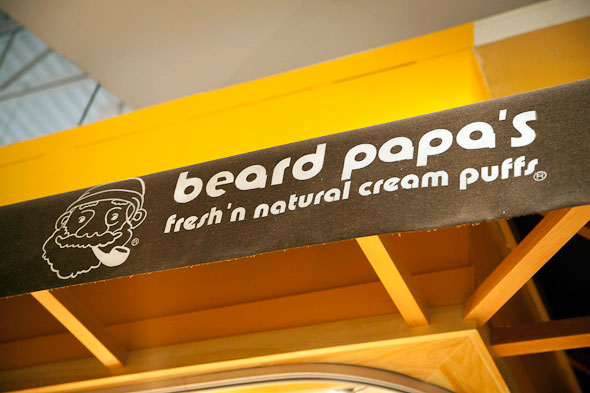 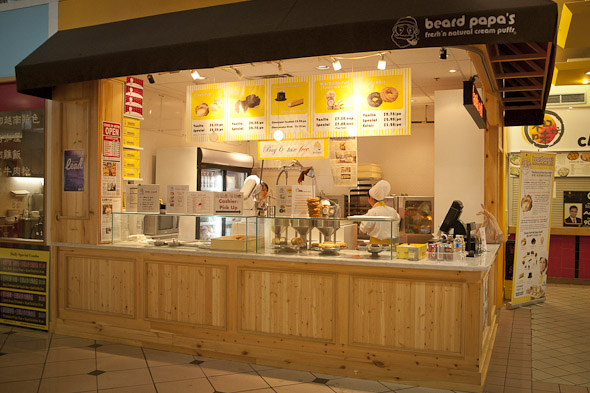