I ate Athens Pastries' spanakopita for five years without knowing where it was coming from. I used to work in a café that baked them from frozen every morning. We sold upwards of thirty pieces some days, and we always kept a few for ourselves, cut up in tiny pieces in the back room for the staff to pick away at. Five years of this and I never grew tired of this spinach and feta phyllo pastry pie, but nor did I think about where they were coming from... I was just a supervisor. 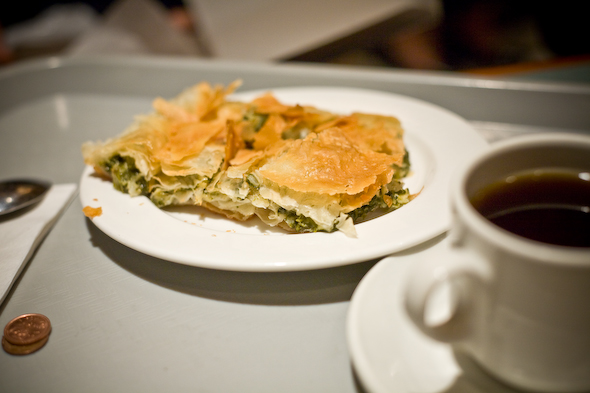 A friend of mine who loves spanakopita ( and loves shortbread ) used to visit me in that café all the time to buy the spinach pie, or get me to bring some home. But she's been getting her fix from Athens Pastries since I quit the café and the Danforth became part of her work commute. Yesterday, we all (Alyssa, Shortbread and I) went over to Athens to give their stuff a try. Right off, the Athens Pastries logo looked familiar. And when I saw a slice of their pie, I was certain these were the ones I'd been eating all those years. 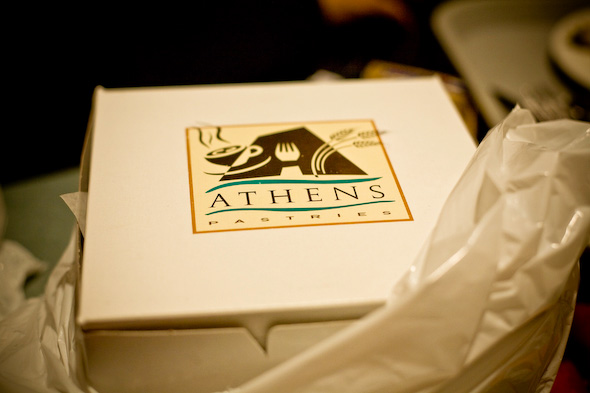 Shortbread was a bit disheartened by my revelation. She thought my café had been making the spanakopita from scratch. But one slice of the tiropita ($3.20) put her mood back on track. "Oh, I am happy," she says with the first bite. She let me try some and it was salty and light, packed with fluffy cheese. It was glorious. I had a slice of the familiar spanakopita ($3.20) and it was just as I remembered it, maybe better. Athens' spanakopitas tastes better than most others I've tried. They're not as rich as some, but they burst with flavour. Maybe it's the generous amount of butter or cheese... maybe (hopefully) it's both. 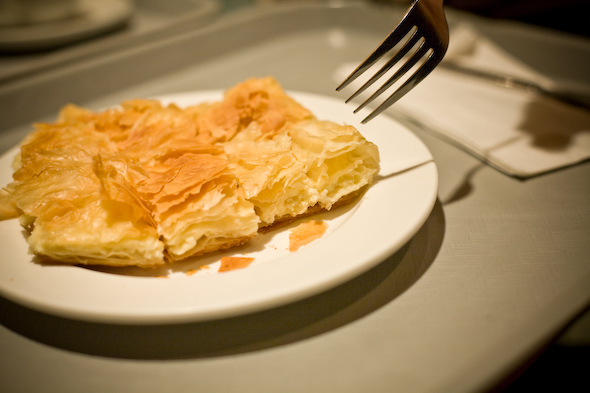 Alyssa strayed off the phyllo and had a cheese pocket ($2.65). This was exactly what one would expect: a mass of cheese baked into dough, heavier and less rich than the other cheese treats but still delicious. You can't go wrong with cheese and dough. Alyssa knows. 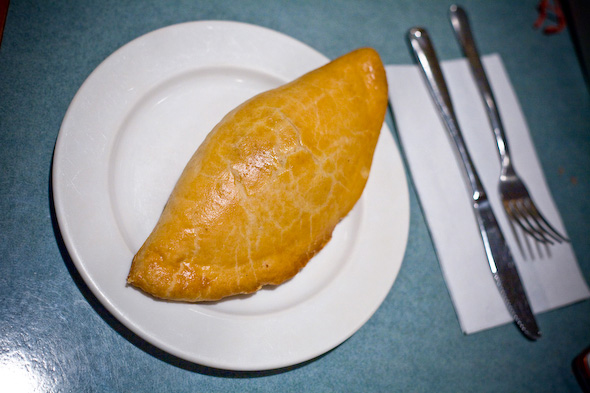 Athens Pastries doesn't offer much selection, the mark of a good bakery. They do what they do well, with confidence. There are a few dessert options - we took away a half-dozen 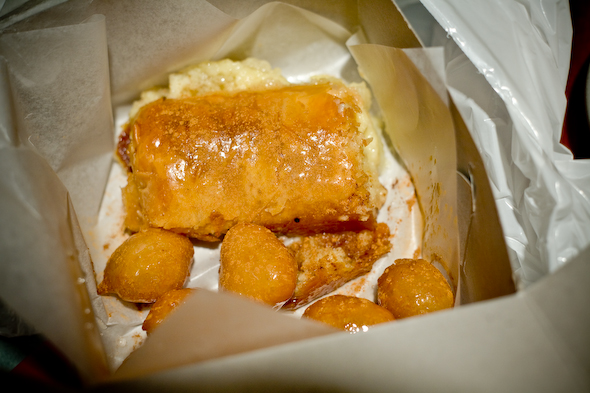 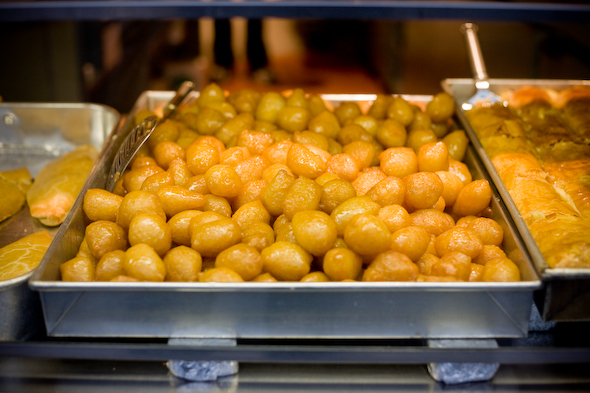 ($3.00/dozen) and a galaktobouriko ($3.20). The loukoumades are doughy and sweet, saturated with honey. The galaktobouriko was sprinkled with cinnamon, eggy and sugary with a savoury aftertaste. It felt good in my belly. I don't know if it was all the honey involved, but I felt great after eating Athens' desserts, full but... peaceful.