A hypnotic glow and ethereal guitar sounds created a surreal scene at Fort York National Historic Site this weekend, the multi-sensory experience celebrating the healing and return to somewhat normal conditions in Toronto.

Part of the Toronto History Museum's Awakenings program to regenerate the post-pandemic city, Continuum is described as a "meditative experience" of light and sound from Toronto-based artist Krista Kim. 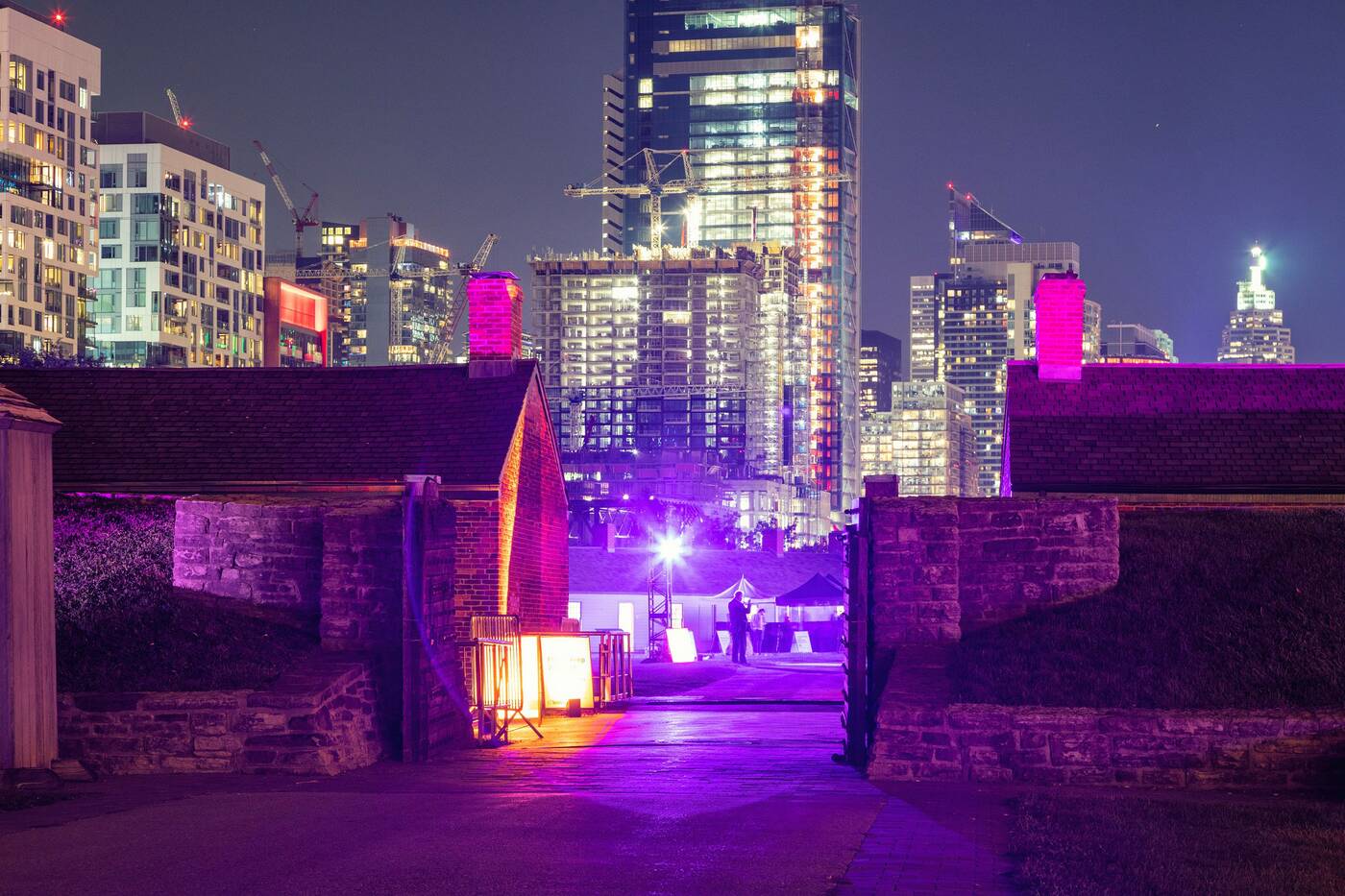 Adding to the atmosphere, fog machines blanketed the main entrance to Fort York in dense clouds. 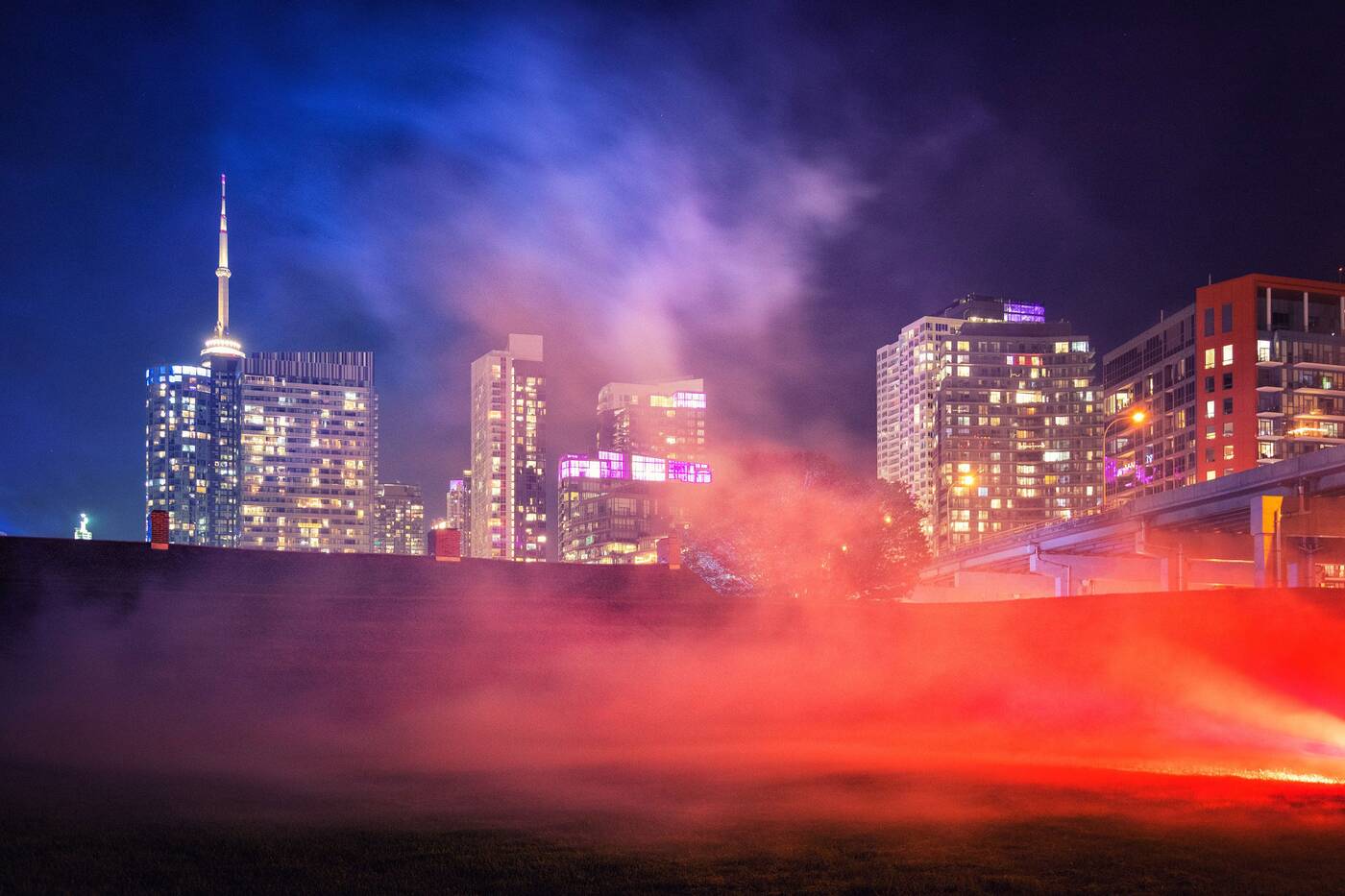 A massive video wall stretches 100 feet across the Fort York grounds, representing the original shoreline of Lake Ontario before generations of infill extended the city to the south.

A gradient flows across the screen at an almost imperceptible rate, morphing through a spectrum of colours. 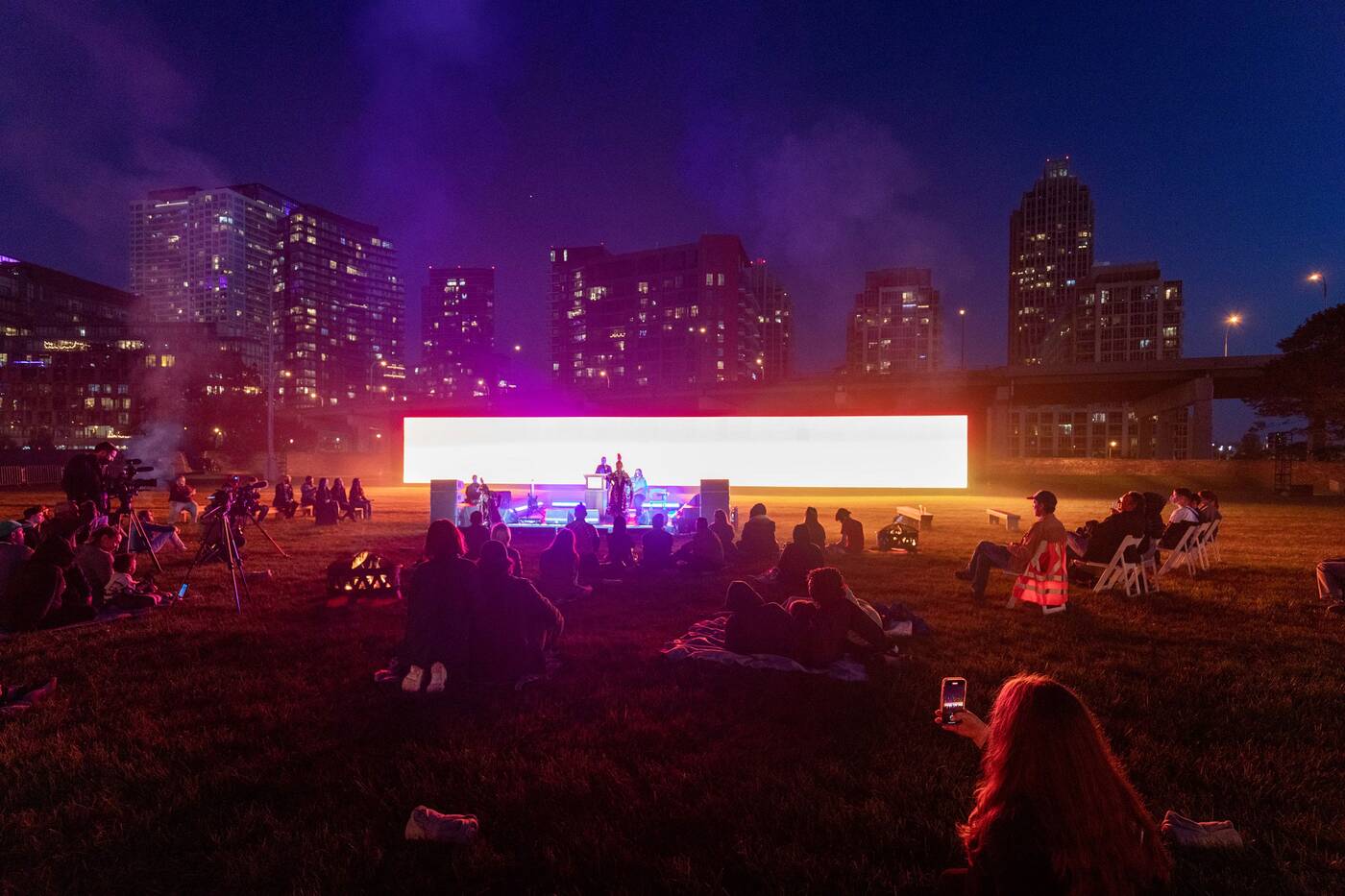 The audio portion of the experience — which launched with a media preview on Friday evening — featured live performances from Jeff Schroeder of the Smashing Pumpkins (random) on Saturday and Sunday. 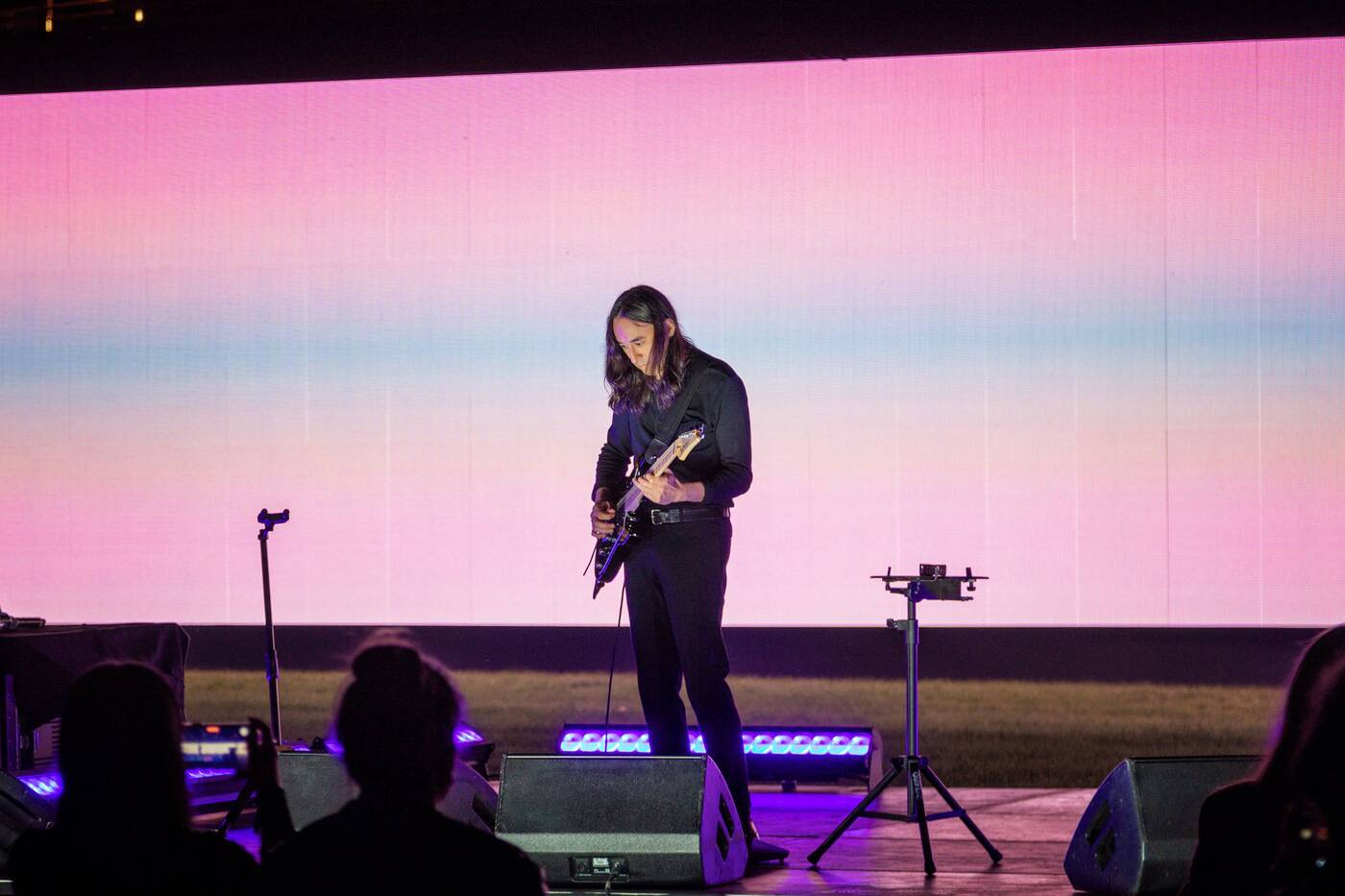 Jeff Schroeder of the Smashing Pumpkins performing at Continuum. Photo by Jack Landau.

For anyone showing up to see the heavy riffs one would associate with an accomplished alt-rocker, these 45-minute performances, running three times per day, were more on the free-form, atmospheric side. 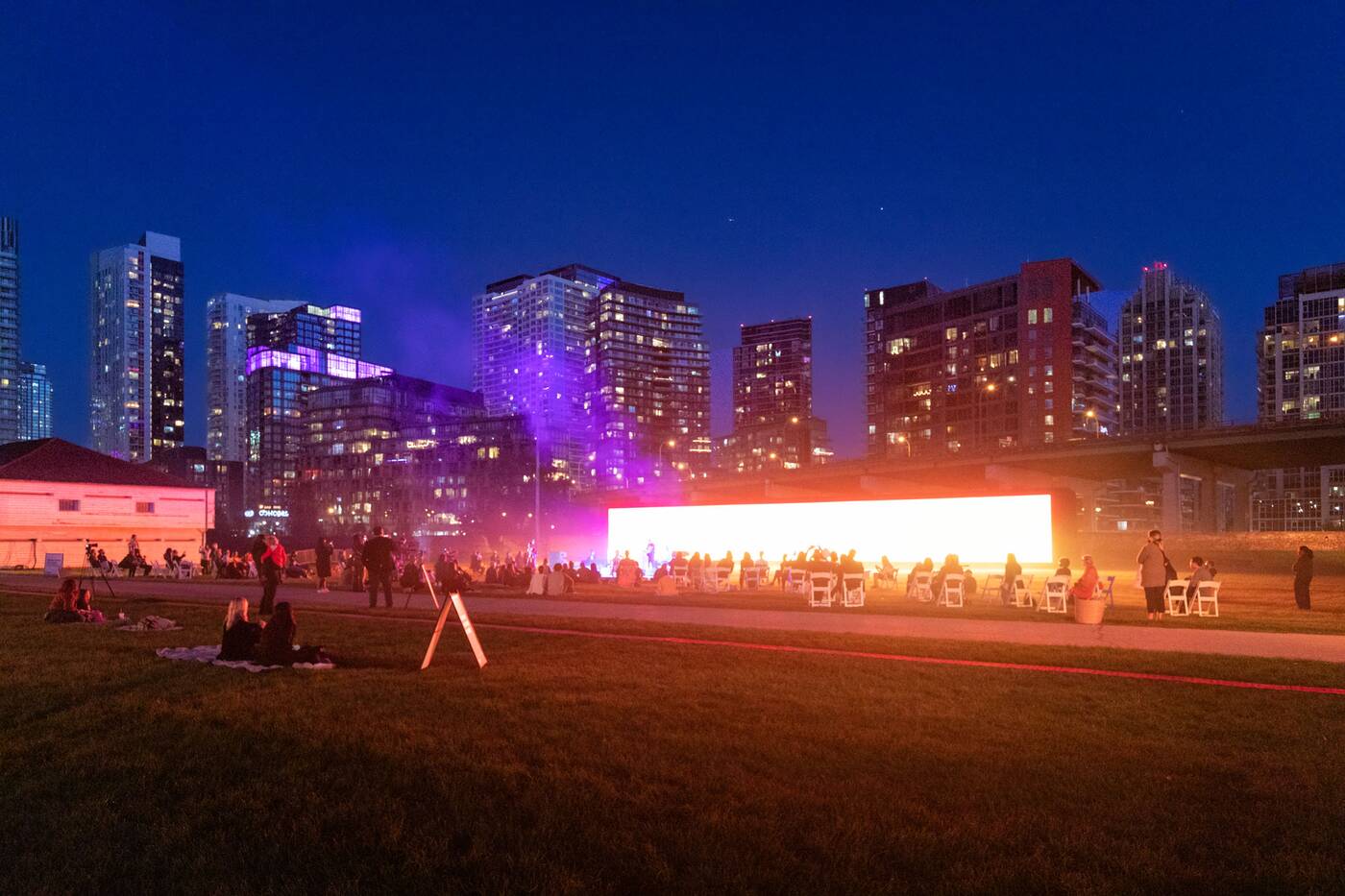 Together, the audio and visuals formed the largest multisensory art installation ever displayed at Fort York.

Though the event is now drawing to a close, you can still experience the installation with a playback of the livestreamed event available to view.