In a "bidding frenzy" a David Bowie painting purchased for $5 in small Ontario donation centre, has sold for a record-breaking amount.

The painting, D Head XLVI, was one of approximately 45 works on canvas the famed musician painted, titled Dead Heads (or D Heads), Cowley Abbott Fine Art said when it went up for online auction this month.

A shopper found the painting in South River at a place called Machar Mall (a donation centre at the landfill) last June or July and paid $5 for it.

The discovery sparked a rash of headlines around the world, Cowley Abbott Fine Art said.

"Our gallery was inundated with calls and interest for the Bowie painting throughout the duration of our Online Auction of International Art," says said Rob Cowley, president of Cowley Abbott.

"It's a phenomenon we call the Hollywood Effect, when there is a famous name attached, or when there is an extraordinary set of circumstances such as rarity or human-interest story behind the artwork." 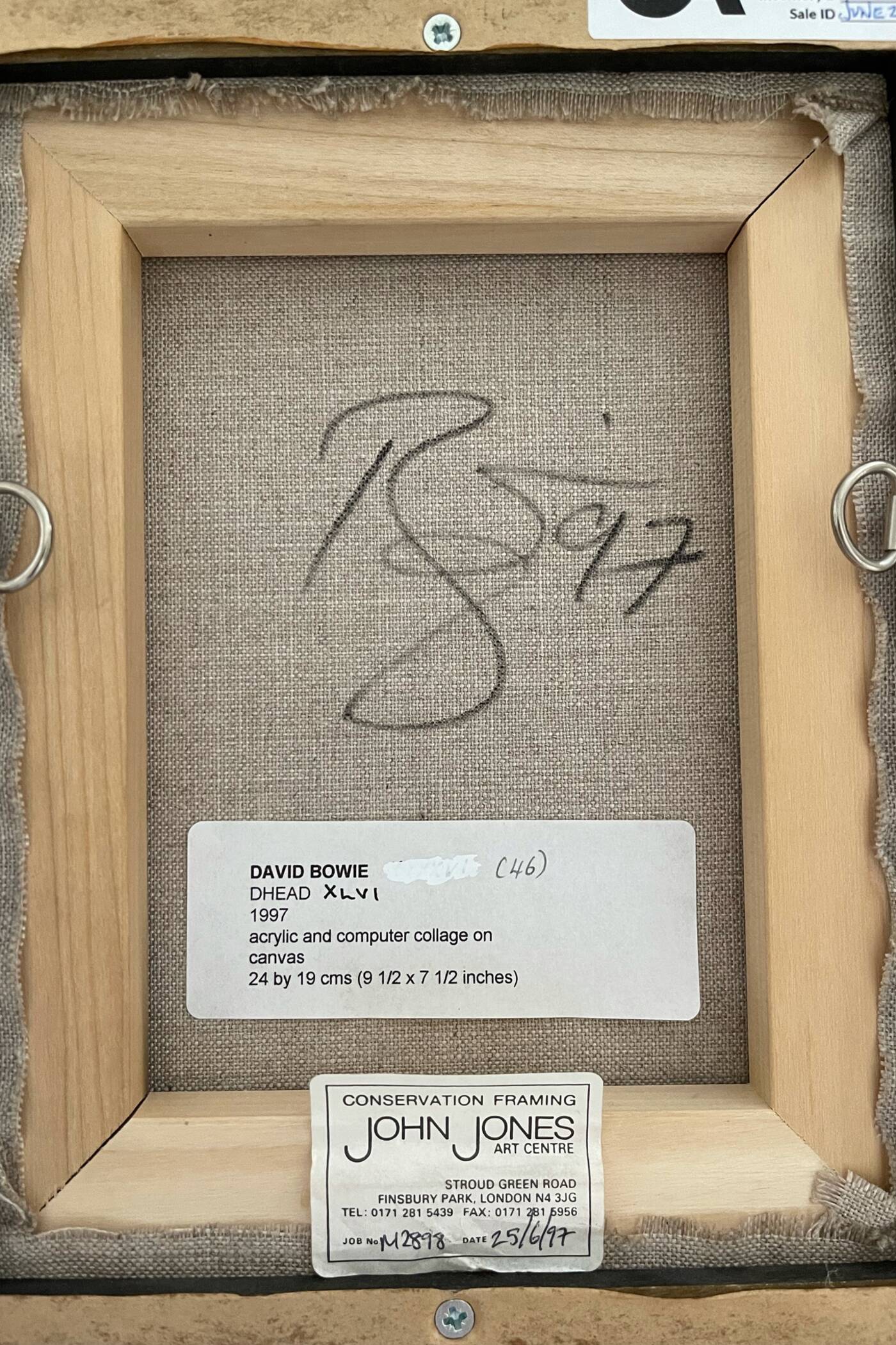 The painting has David Bowie's signature on the back.

A private collector in the United States purchased the painting.
The sale marks a new global auction record for a work by David Bowie, more than doubling the 2016 sale of a D Head series artwork for £22,500 (approximately $39,000 CAD) in the United Kingdom, Cowley Abbott Fine Art said.

Within the first hours of Cowley Abbott's online auction, opening bids for D Head XLVI surpassed the auction estimate of $9,000 to $12,000; and within the first few days, it already set a new record. It continued to garner bids that spiked during the final hours of the auction, drawing more almost 50 bids from across Canada and as far as Australia.

The find at the landfill donation centre has increased traffic to the small community, Johnny Kirschner, co-ordinator of the Machar landfill, told CBC.

There seems to be a heightened interest in what's available at the mall.

Kirschner was not impressed with the painting when it was brought in nor was his co-workers.

"We never thought anything special of it," he said. "We cleaned it up, put it against the wall and didn't think anything of it."

Chances are the next big find won't be in South River but you never know.

"Valuable art can be found in the most unexpected places, as well as in your own backyard," says Lydia Abbott, vice-president of Cowley Abbott. "We often come upon an important work of art that has been inherited or has been in a family home for many years without the owners knowing anything about the artist or value of the work."