How quarantine turned this Toronto actor into a viral sensation

During a time when many were looking for an escape from the realities of living through a pandemic, Toronto actor and comedian Julie Nolke has found viral success in providing much-needed laughs while poking fun at just how insane the past year has been.

Released in April of 2020, Nolke's Explaining the Pandemic to my Past Self video was an instant viral hit, earning millions of views over Facebook and YouTube after striking a chord with viewers who could relate with just how unbelievable year 2020 had been.

However, while the video earned Nolke a massive online following and propelled her career forward, she admits that it was nearly scrapped entirely.

"One thing I always like to tell people about that viral video was It almost didn’t get posted," Nolke told blogTO, recounting the days leading up to her viral success.

"I like saying that for any different artists listening because we're so critical of our work and I almost didn't have the biggest spark in my career because I didn't love the video. I thought my acting wasn't very good, I thought the joke was kind of lame.

"I edited it and I still didn't really like it, but I had a friend of mine say, 'No no no post it and see what happens, I think it's really great.' ...And then it did happen so there you go. So for any artists, the perfectionist in you is sometimes very wrong." 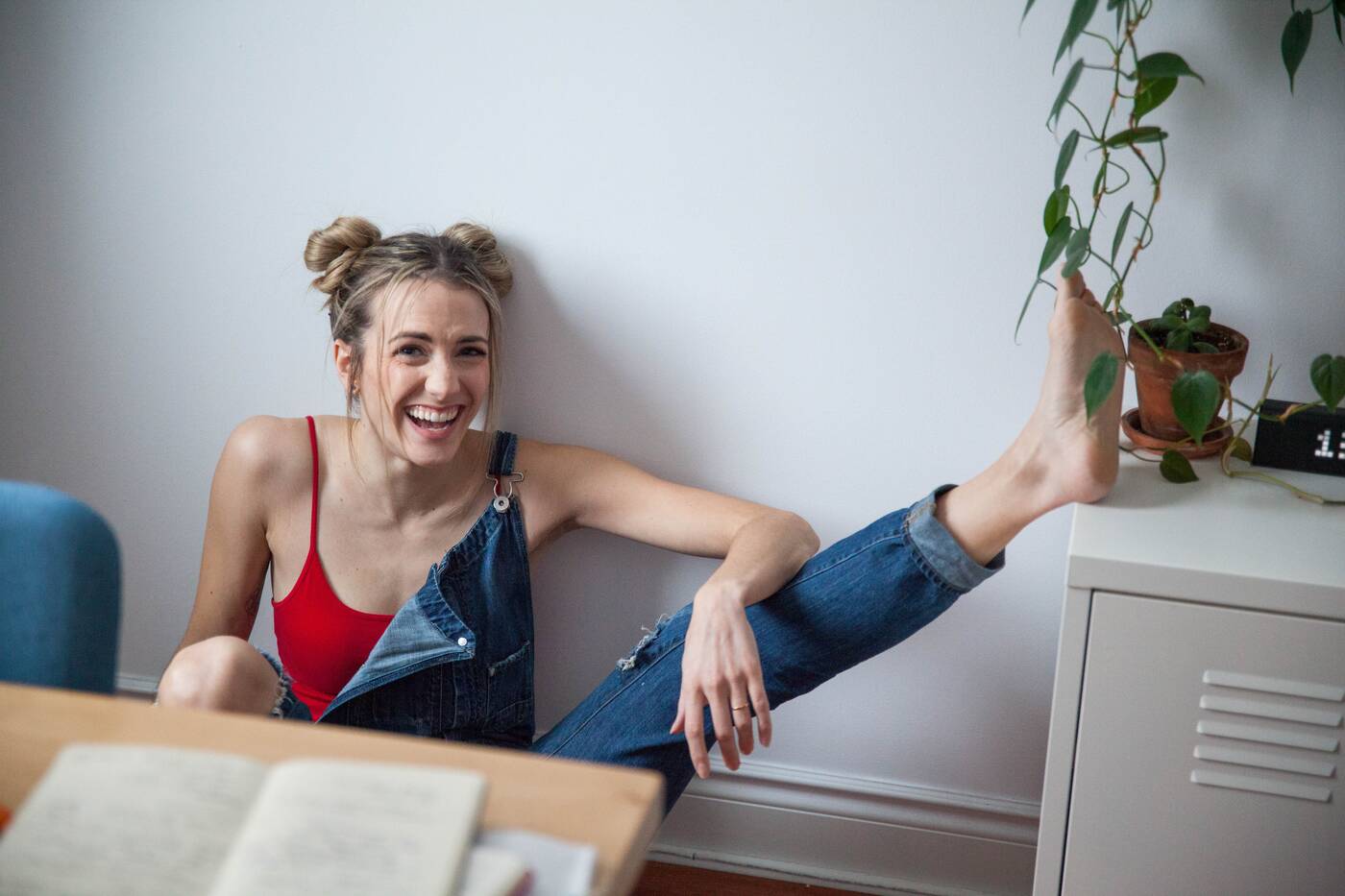 Toronto actor and comedian Julie Nolke found viral success by poking fun at just how insane the past year has been.

Having moved to Toronto from Calgary 12 years ago to attend York University's acting conservatory program, Nolke spent several years struggling to find any success in the industry.

"I graduated from York and I had this misconceived notion that I was just going to be famous, because I knew the formula, you had to get an agent and book roles and I was like yeah it's gonna happen for me… and then it just didn't."

Years spent doing fringe shows, commercials, and being rejected by the entertainment industry's gatekeepers led to frustration for Nolke who knew she had something to offer.

She decided to take control into her own hands, starting a YouTube channel during a time when she was working two jobs and still not making enough to afford acting classes.

Though she went viral in April of 2020, Nolke first started making videos six years prior, initially as a means of growing an acting and writing portfolio while developing her comedic voice.

The YouTube algorithm didn't take kindly to her frequent genre switching, and Nolke soon found her channel had plateaued and was averaging less than 1,000 views per video over the past year leading up to the eventual explosion of success.

As a result, Nolke had somewhat given up on checking her views. After posting the Explaining the Pandemic to my Past Self video, it wasn't until her sister-in-law called to say the video had reached over a million views on Facebook that she realised things were beginning to blow up.

It soon reached Reddit's front page and began trending on YouTube as millions of people tuned in to watch, with many of them subscribing to Julie Nolke's channel while seeing the talent that many industry professionals had ignored for years. 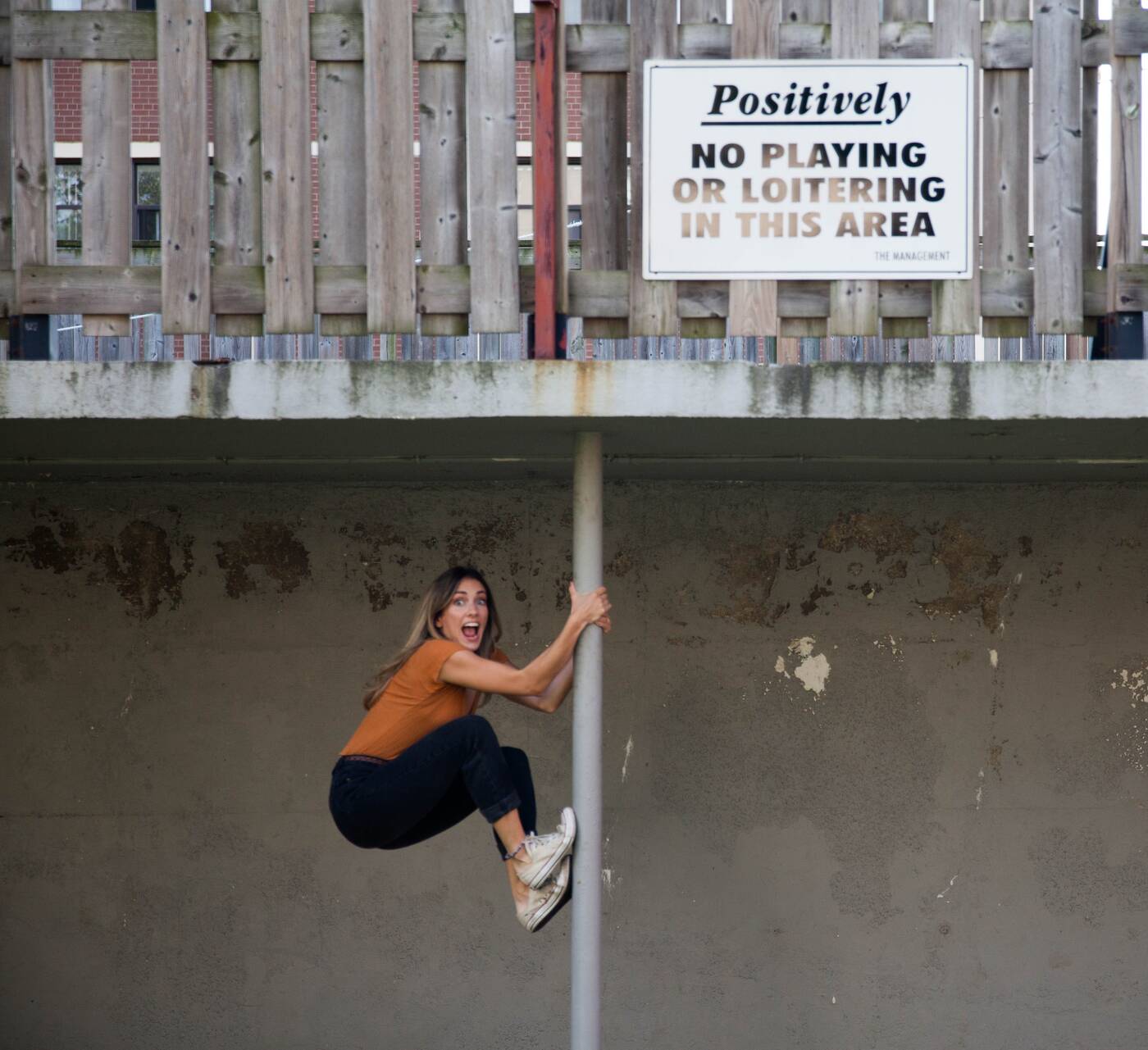 With hundreds of thousands, if not millions, of people watching every video getting posted to the channel, there was some initial hesitation in filming a follow-up to her breakout hit as Nolke didn't want to disappoint everyone with a subpar sequel.

"If you're not actively creating you kind of have to be prepared to fail. And you have to embrace that fear," Nolke said while recounting how she worked past the fear of needing to live up to raised expectations.

"Because YouTube is ruthless, but every aspect of the film and TV industry is ruthless. You have to be brave enough to fail and challenge yourself and to put out garbage content.

"And I've definitely been a part of that, and the more I look at it the more I realise those were really good videos that I grew from more than anything."

Now, approaching nearly a year since exploding into a viral sensation that resulted in her being named one of Canada's top 5 breakout content creators, Nolke has continued to publish weekly videos and is looking to the future.

She's planning to not only grow as an online performer, but is also hoping to write and sell her own television series.

"The Toronto Comedy Scene is absolutely incredible. It is this just so positive bubble of extraordinary talent. What I love about the comedy scene here as opposed to anywhere else is it is the most supportive.

"It's incestuous in the way people want to work together on everyone else's project... It's if you succeed, I succeed so let's work together."

Nolke even recounts feeling intimidated asking people to collaborate before realising the amount of support and playfulness found among Toronto's artists. It soon became apparent that just like her, everyone was looking for ways to show off their talent while having fun doing so.

And while - despite what her videos suggest - Nolke isn't able to go back in time and explain what the future has in store to her past self, she was able to share some advice for those looking up to her and wondering when their own success may come.

"I think the industry has evolved and I think if you trust in yourself and trust in your path, you'll eventually get to where you want to go," Julie offered with a clear passion to her tone.