Artists are transforming a Toronto neighbourhood with colourful works of art

A Toronto neighbourhood is now filled with a little more love after 20 artists painted murals — including one very special mailbox mini-mural — across south Etobicoke on Thanksgiving weekend.

The project called Neighbourhood Love TO started after a resident received anonymous hate mail for commissioning a local artist to create a mural on her garage door.

Over the long weekend 25 murals went up on garage doors, mailboxes and other surfaces and long-time resident Sharon Hamilton was one of the recipients. 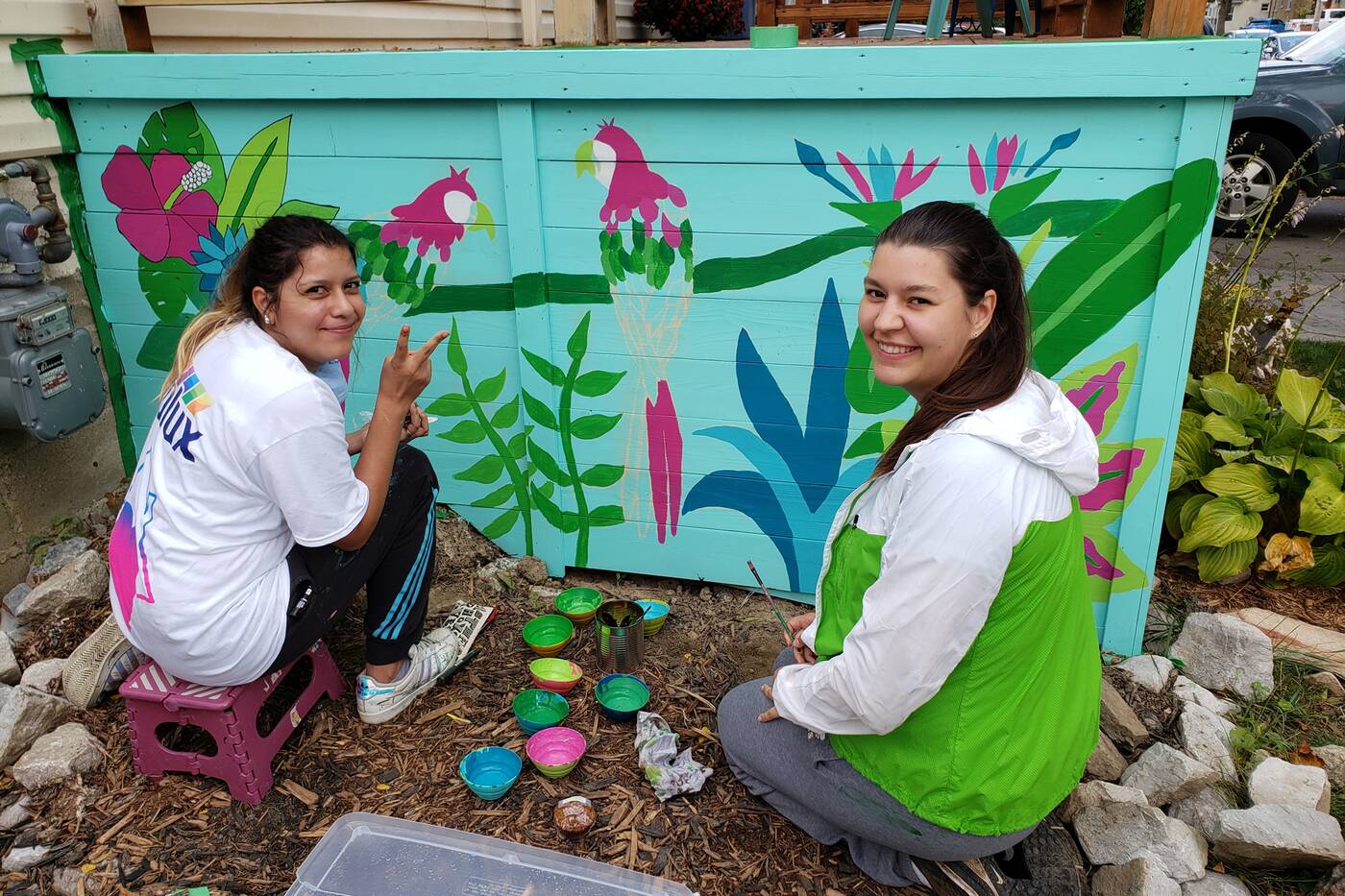 The painting on her mailbox was personal for Hamilton.

"I don't know how to write this post without tears in my eyes," Hamilton posted after the mural was complete.

She asked artist Julia Prajza to add a Monarch butterfly in memory of her sister to a flower design planned for the mailbox. Hamilton’s garage door doesn’t face the roadway so the mailbox was chosen.

Because the murals were free and planned in a very short time-frame, the design was mostly left up to the artists, Prajza said. However, the artists didn’t mind adding personal touches and Prajza was happy to add the butterfly. 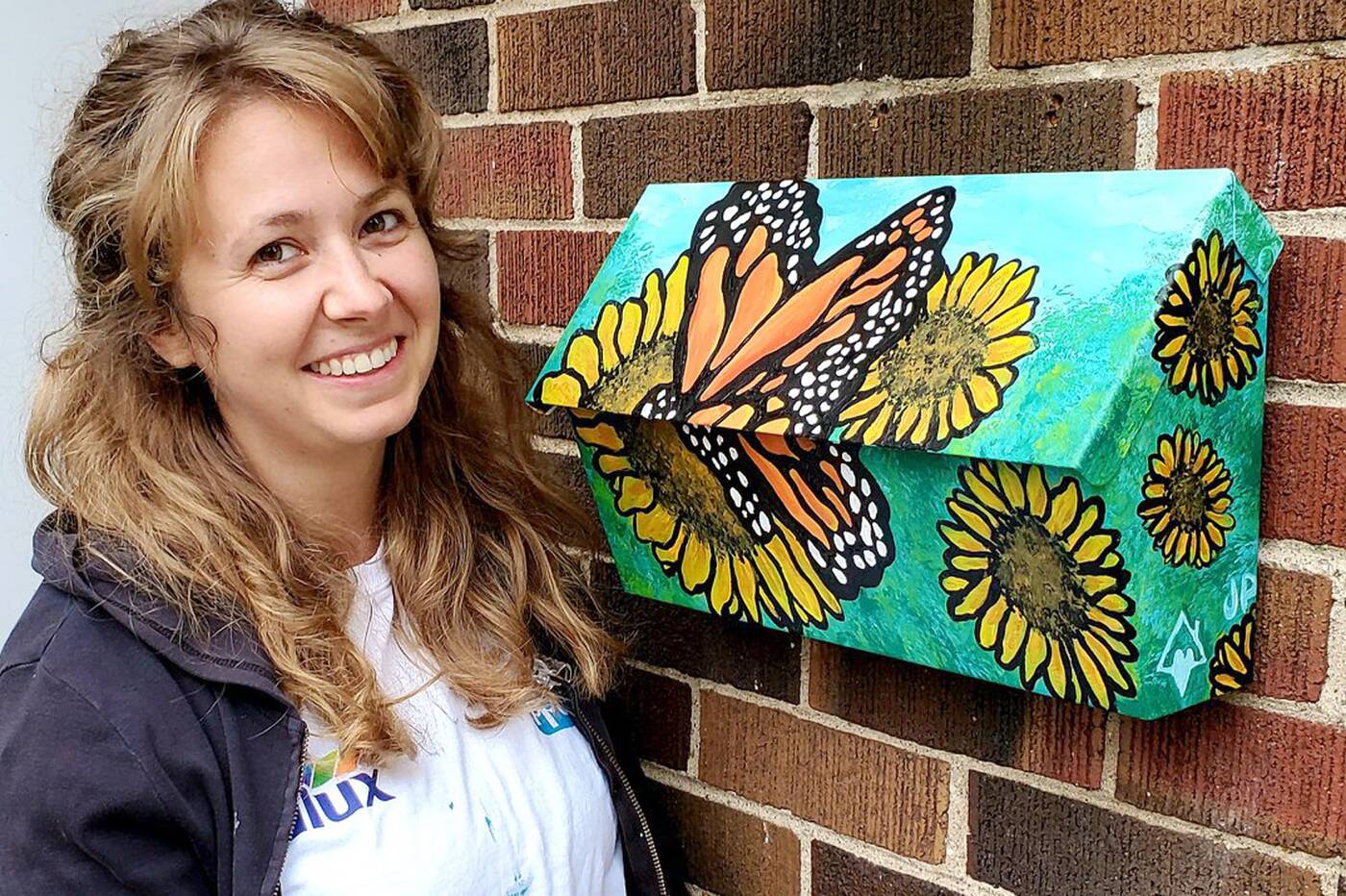 "Giving her that joy was really meaningful in this project that I didn’t expect to happen," said Prajza.

Hamilton’s only sister died in 2017 at the age of 50 from a rare form of breast cancer.

"This is breast cancer awareness month which makes this even more special for me," Hamilton wrote.

As a retired registered nurse, Hamilton cared for her sister when she was dying.

"On Thanksgiving weekend I finally have a permanent memorial to my sister that I can look at every day," Hamilton told blogTO. 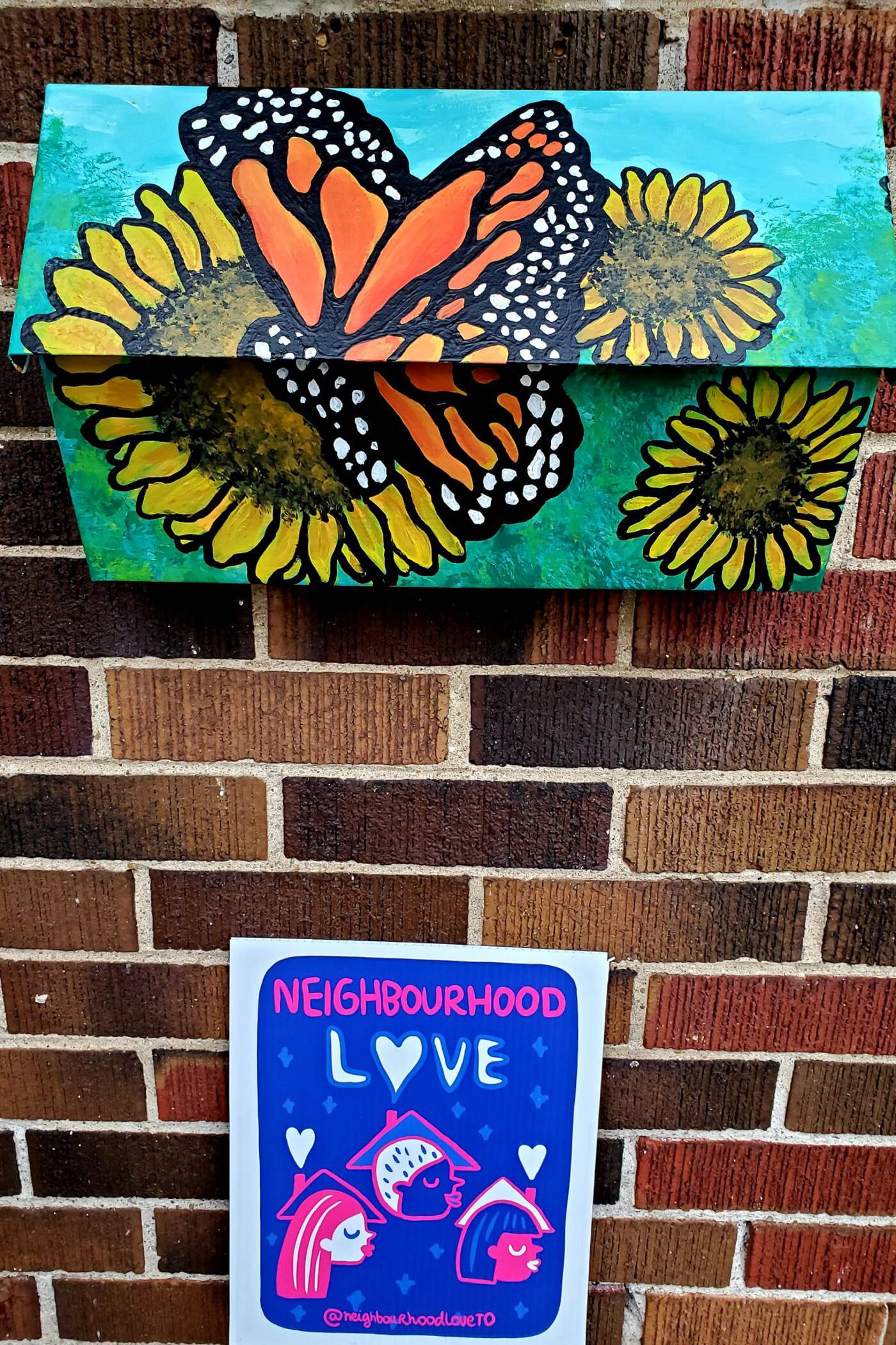 She asked for a butterfly because her sister’s two teenage daughters decided their mother would come back as a butterfly. Also, a butterfly landed on Hamilton’s new dog shortly after her sister died. Her sister had encouraged her to get a dog.

"The very first day I brought him (the dog) home, one of the butterflies came down and landed right near him and I thought well that’s my sister saying 'see,'" Hamilton said.

Hamilton wanted to support the project and even promoted it on her signboard outside her home.

"I love my neighbourhood and I love the diversity that we have here and I love the way people can express themselves," Hamilton said. "If it is adding colour and vibrancy to our neighbourhood — especially in the winter when it is so drab and dark and cold — why not support something like that."

Initially, the mural painting was slated for the first weekend in October but the project got too big as dozens of residents requested murals for their homes, Prajza told blogTO.

"There was just such a big response," Prajza said. 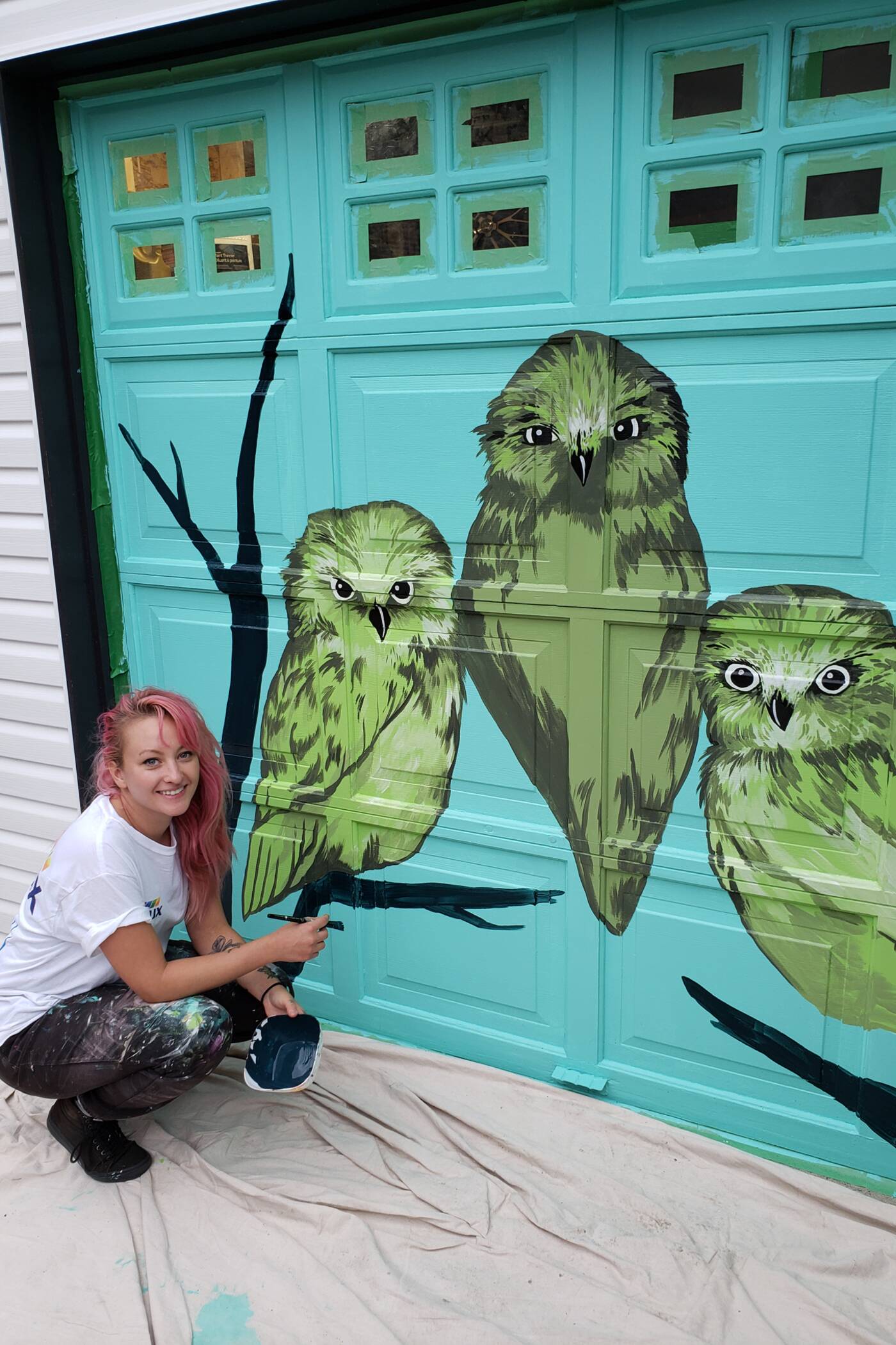 Prajza heard about the story through the one founders of Neighbourhood Love TO. The project was founded by artists Bareket Kezwer, Julii McMillan and Natalie Very B. Bochenska. Prajza was interested in helping out from the beginning and came on later as an organizer.

"I was one of the artists that said, 'let's go and paint murals in south Etobicoke' not thinking it would actually happen," she said.

In the end, they had more murals than they could handle and had to turn some people away, she said.

There is now a map showing the locations of most of the murals in Etobicoke.

Prajza hopes to continue Neighbourhood Love to other neighbourhoods or even other cities.

"We are kind of thinking bigger," she said.