10 artists making their mark on the Toronto comic scene

In addition to being a go-to place for screenings, deals, and panels, conventions like ComiCon are an excellent time to mingle with artists. First-timers and veterans alike get the privilege to meet and interact with creative and fun people whose word and artwork touch us. With its "Artist Alley," ComiCon has taken strides towards breaking down the barrier between artist and reader, much to the benefit of the fan experience. So while cosplay might be the most entertaining aspect of the convention, interacting with the artists is surely the most enriching.

Here are 10 Toronto comic artists worth keeping an eye on.

Mike Monize
Specializing in post-surrealist pop art, Mike Monize's freeform paintings take influence from Dali, Warhol, and contemporary graffiti artists. Wild and brightly-coloured pieces done with ink and airbrushing filled with eyes, teeth, and staircases can be seen all over his table, celebrating and demonstrating what he calls "the hierarchies of complexity."

Lidia Figliomeni and Georgina Poularkis
These two are often seen sharing a table together, though they both exhibit a unique style. Lidia's colourful pieces carry an airy dreamlike quality to them, while Georgina's are highly detailed, more sombre and subdued in their colouration but considerably more action-packed in subject matter. 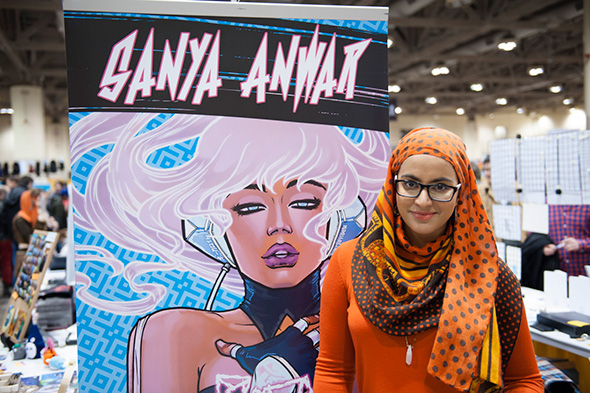 Sanya Anwar
Sanya Anwar is the creator of the Eisner Award-nominated comic 1001. Aside from her book, Sanya also offers bookmarks and prints. Using no more than three or four colours in her prints, the line-work and palette complement each other well. Her pieces carry a range of styles and emotions from dynamic and tortured to sensual and mercurial.

Luis Arellano
Ecuadorian-Canadian sculptor Luis Arellano stands out as a craftsmen. His table is decorated with ornate, highly imaginative and terrifying busts and statues. Each one of Arellano's pieces takes just twelve hours to complete, and he's often seen sculpting at his table. Watching him work is hypnotic, and the end results are always fascinating. 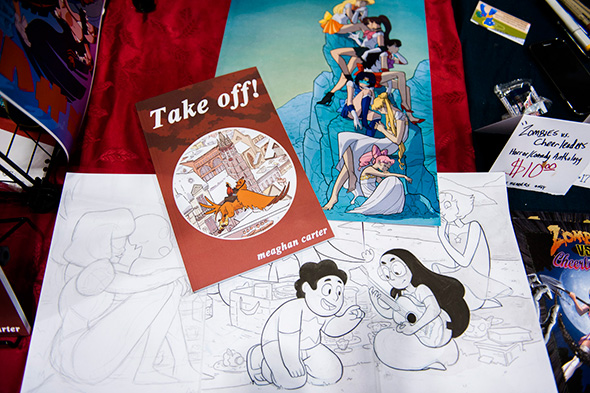 Meaghan Carter
With a style that mixes Bruce Timm's gritty cartoon aesthetic and the sensibilities of a Hayao Miyazaki film, Meaghan Carter's modern fantasy webcomic and graphic novel series Take Off! is both quirky and cool. She's also a skilled colourist who collaborates with other artists.

James Edward Clark
Comic artist and illustrator James Edward Clark is doing the rounds as a sort of punk-rock artist. Each page in his series Evil looks like a scene from an old grindhouse movie. Stylish portraits of Rob Ford that give the mayor a demonic quality are sure to be popular. 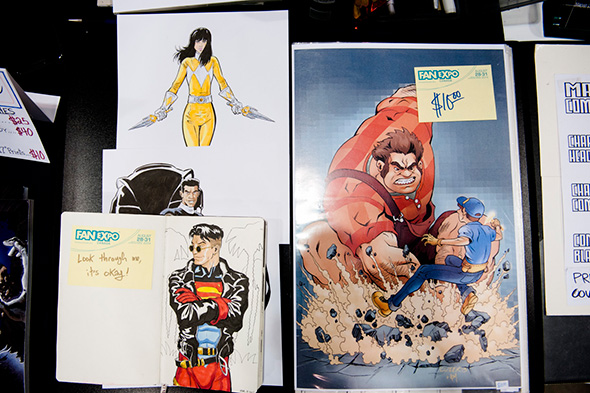 David Cutler
David Cutler is a Newfoundland-born artist behind Zombies Versus Cheerleaders, Grimm Fairy Tales' Robyn Hood Vs. Red Riding Hood, and the Heroes of the North tie-in comic. His style carries a familiar feel to mainstream comics of the late '90s and early 2000s, but is a bit cheerier than his influences.

Marco Rudy
Several mainstream artists do the comic convention circuit, but few have pieces as maddening to look at as Marco Rudy's. The artist behind Marvel Knights: Spider-Man and the new Swamp Thing possesses a haunting and intricate style. Sprawling inked layouts are complex to look at and a wonderful deviation from the standard comic page. 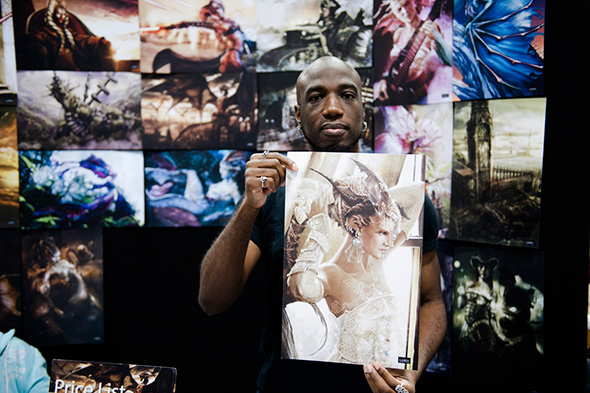 Lamin Martin
Few illustrators have mastered the painterly style of fantasy artists like Frank Frazetta and Boris Vallejo, though Lamin Martin would be an exception. Best known for his dragons, ladies, and dragon-ladies, Lamin's awe-inspiring pieces - whether they feature Victorian-era zombies or colossal architectural monsters - are worth checking out.

Ty Templeton
Ty Templeton is something of a legend in Toronto, known not only for his work on the Justice League Unlimited comics and Batman '66, but also as the Silver Snail's first customer and the man behind Comic Book Boot-Camp. His art is charming with lots of heart. 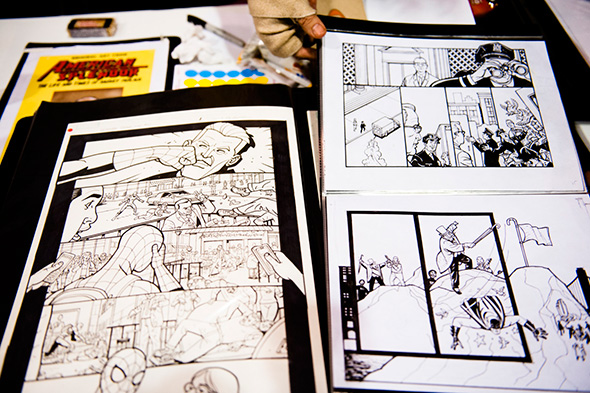 Leonard Kirk
American expat and St. Catharines resident Leonard Kirk is perhaps best known for his work on the most-excellent Agents of Atlas. Although he lives further from Toronto than the rest of his compatriots, he always has time to head out to Toronto's bigger events, and has gained notoriety for his well-crafted convention sketches.