Kizmet brings graffiti to the gallery with Junction show

Toronto graffiti artist Kizmet is back in action with a new solo exhibit this week in the Junction. Running until Oct. 26 from 12-7pm at World Headquarters (2885 Dundas St. W.), the exhibit offers Torontonians a rare look into the world of one of the city's most prolific graffiti-writers.

Thriftier art collectors are becoming more and more interested in works from up-and-coming graffiti scenes like Toronto's, expecting long-term appreciation on paintings that can often be bought for a song. Beyond that, though, a show like this is also intriguing for the degree it brings a decidedly street-oriented aesthetic into a gallery setting. With graffiti bursting onto the walls, there's a visual immediacy that you don't get at most gallery shows. 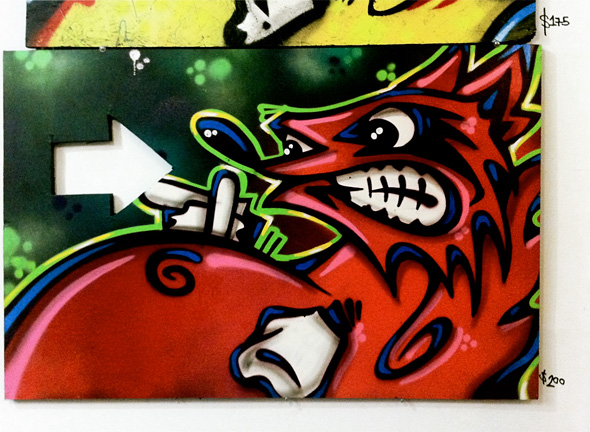 Known for his signature image of "Radcliff the Raccoon," Kizmet has acquired something of an elevated status in the graffiti world, attaining the most visible spot this summer on Canada's largest ever graffiti mural. He's also known within Toronto's gallery community, having managed a gallery in the Bloorcourt area for several years under another alias.

While stencil artists commonly crossover to the gallery scene, it's rarer to see a hardcore graffiti-writer of Kizmet's caliber do an open gallery show. The work here is rawer than what's been seen at places like Don't Tell Mama Gallery, where artists like Deadboy have shown work.

While stencils can and do impress, arguably more impressive to graffiti watchers is an artist's ability to manipulate a spray can freehand to produce crisp, straight lines, without the sloppy bleeding of paint. The can control and speed required to paint with the kind of precision in Kizmet's raccoon images takes years to master, if not decades.

So if you like graffiti that's immediate and not afraid to tout its roots in the street, this is a show worth checking out. 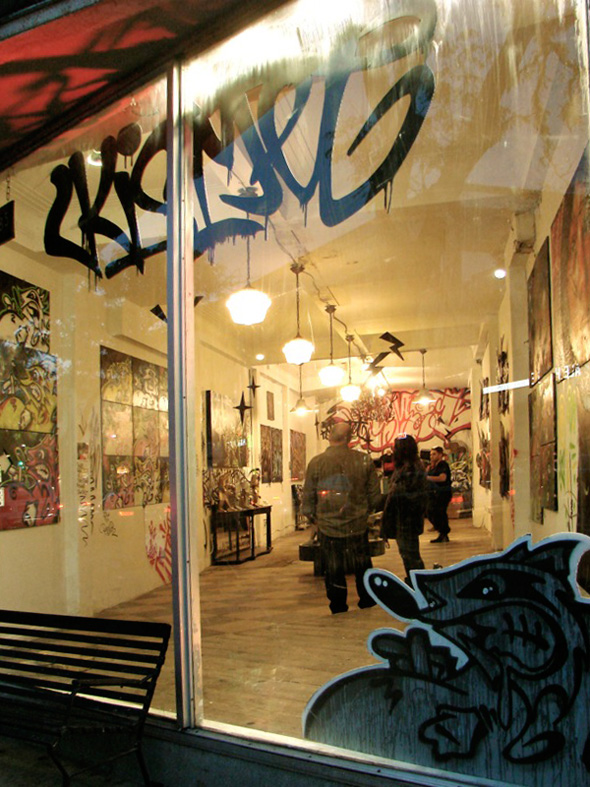 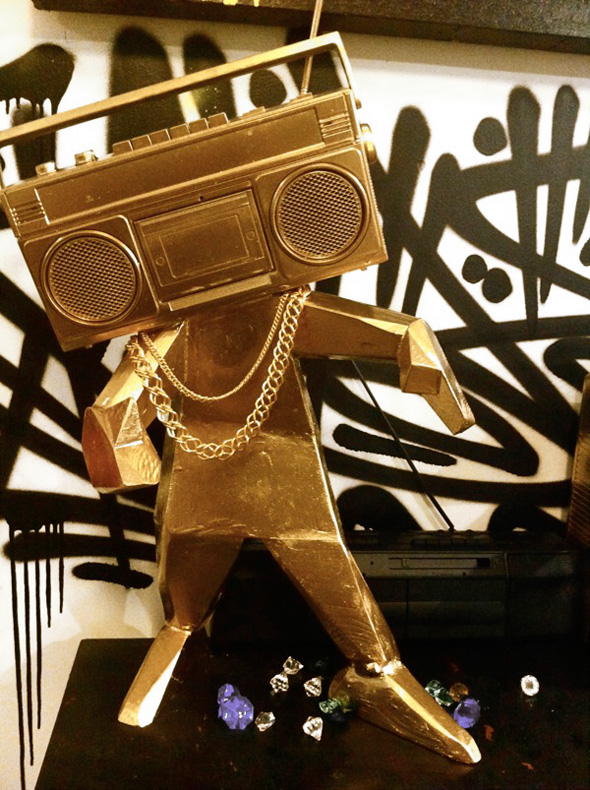 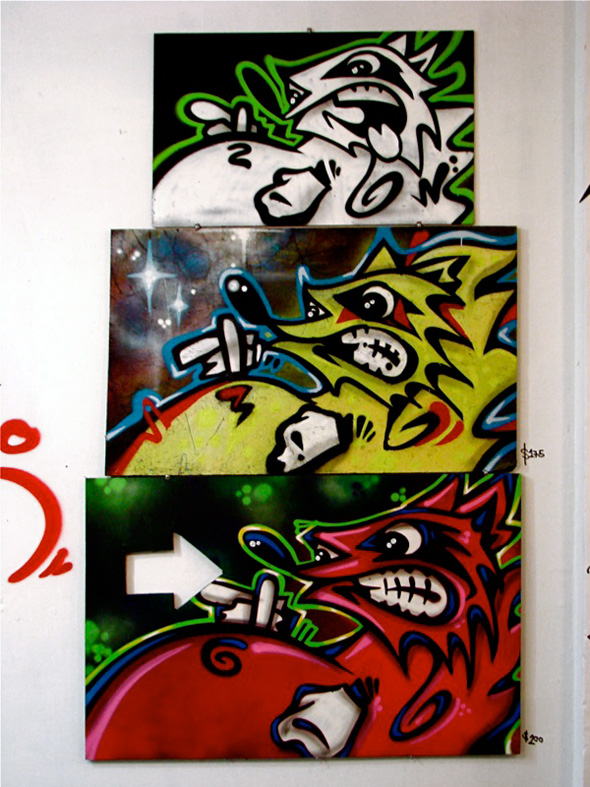 For more on the Toronto graffiti scene, check out Peter Jermyn's blog at www.TheGraffitist.ca