Sometimes you have to hand to the street artists in Toronto. As the political climate has become more and more heated, the artists have offered mostly biting commentary on the municipal affairs of this city. Such is the case with the most recent example, which is affixed to light pole at Bay and College streets.

Spotted by blogTO Flickr pool member Martin Reis, the western-style "official notice" warns residents against thinking that the modest cuts approved at the last city council meeting will be the last to come before the 2012 budgetary process is finished. Not only that, it suggests that Toronto mayors â yup, it goes ahead and gives that title to both Rob and Doug Ford â are holding back on the big slashing in the hopes of helping Tim Hudak secure a victory in the provincial election October 6th. Is that actually the case? Maybe, maybe not. But it's hard to argue with the yet-to-be-identified artist's theory that more cuts are on the horizon.

Check out the full version below: 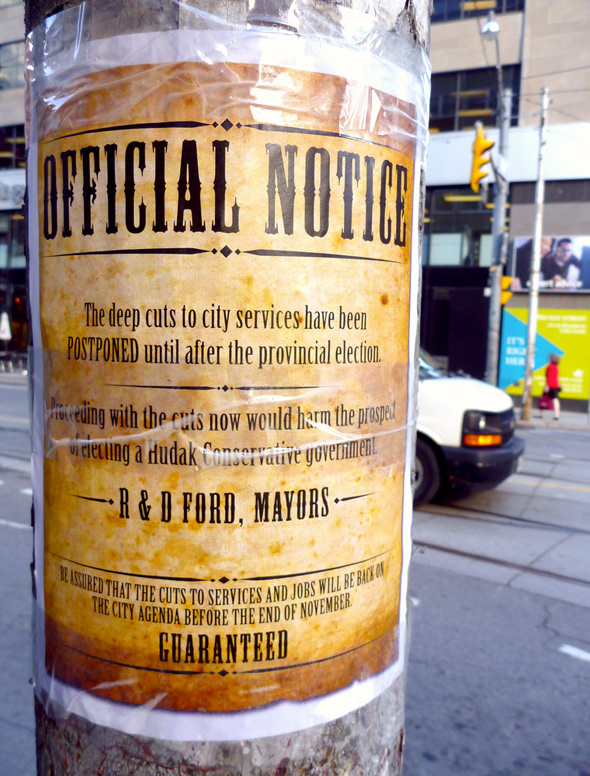