Now fully settled into its stunning home at the corner of Queen and University, the Canadian Opera Company (COC) is set to launch into its 2008/09 season with a host of incredible performances kicking off October 5th.

With bonus program features like pre-performance Opera chats, the Free Concert Series, and Opera 101 sessions for those new to the art (including $20 tickets for 16-29 year olds!), the upcoming Fall season promises to bring the opera experience to a more diverse crowd than ever before.

The COC has enjoyed great success at its new home, the Four Seasons Centre for the Performing Arts, with over 99% attendance in its past season. However, much to their credit, the COC is continuously looking to expand their audience to include younger crowds. Last year, almost 30% of the audience was comprised of people under 30 years of age, which may seem surprising if you aren't aware of the incredible program offered each year.

The 2008/09 season promises another incredible experience for both those new to Opera and those who already love it. The complete list of shows is available on the COC website, however the Fall season's full program has just been announced! 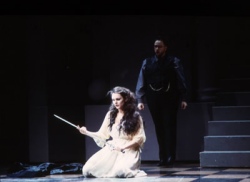 Don Giovanni will be accompanied by exciting bonus events, such as pre-performance chats to familiarize the audience with the Opera, plus the Appetite for Opera dinner which returns to Hilton Toronto's Tundra Restaurant on Thursday, September 25. There's even an incredible $70 deal which includes "an evening of cultural and culinary arts for patrons under 30" at the Tundra, plus the performance on Saturday, October 11. 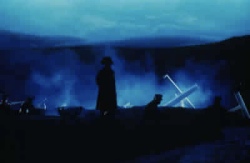 This monumental co-production with English National Opera is the single largest opera the COC has ever produced. War and Peace will feature one of the most sought-after baritones on the international stage today, Canada's own Russell Braun, who makes his role debut as Prince Andrei Bolkonsky. Russian soprano Elena Semenova also makes her COC debut singing the role of Andrei's fiancee, Countess Natasha Rostova.

The run will also feature events such as a free Opera 101 seminar, and a Learning Exchange to examine the history of Leo Tolstoy's novel and the role of music and dramatization in the operatic adaptation. As always, the pre-performance chats will be held to familiarize the audience with this 4-hour production before it begins, making for a rich operatic experience.

As if that weren't enough to keep us satisfied, the Free Concert Series returns to the Richard Bradshaw Amphitheatre beginning September 16th at 12 p.m. The series runs from mid-September to mid-June on most Tuesdays and Thursdays (12 -1pm) and some Wednesdays (5:30-6:30pm). Tickets are distributed at the door 30 minutes prior to the performance on a first-come, first-served basis; an amazing deal when you see the line up and experience the sound.

With 6 other major performances scheduled in 2009, the new COC Fall season is only a sampling of what the COC has in store for us this year. Tickets will go fast and are now available online or at the COC box office.

Younger fans (16-29) who may be on a tighter budget (like myself) can take advantage of the incredible $20 Opera for a New Age tickets, available for both Don Giovanni and War and Peace starting September 27th at 10am. With under-15 and student ticket pricing also available, it seems like everyone can enjoy the COC's new Season.

Don't miss your chance to enjoy world-class Opera this Fall from the COC!