Despite the downpour last night a solid number of people packed the galleries along the Queen West strip, and even with tonight's impending rain there's no stopping the official launch of the CONTACT Photography Festival at Brassaii. Like last year, the party will be featuring live portrait photography and projection by quirky duo Alex Vs Alex.

Alex Vs Alex is Alex Ioannou and Alex Gray, whose friendship spawned from their penchant for taking pictures of interesting people in equally interesting environments. The Alexes have come a long way from their 18-year old selves tinkering with their fathers' hand-me-down cameras to highly sought-after photographers commissioned by Mini Cooper, Puma and the Royal Ontario Museum. Tonight the Alexes are replicating last year's Portrait Party but on a grander scale with a guerilla post-production studio, a specialized computer system that automatically uploads the pictures and projects them as a slideshow and no less than six printers dispensing instant headshots for the partygoers. 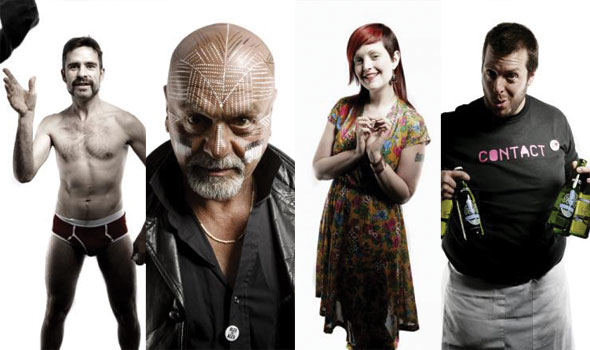 How did you guys get involved with CONTACT?
Daniel Faria, curator of the Monte Clark Gallery at the Distillery hooked us up with CONTACT last year. We mentioned that we had this idea for portrait parties a while ago and he thought it was a good idea for CONTACT.

What can we expect from tonight's Portrait Party?
Well, it's the same as our last two Portrait Parties (2007's CONTACT opening and Nuit Blanche) but this year we're more prepared. We did a lot of troubleshooting last year so we kind of learned from that, we have people helping us out and a whole system in place, but it's still the two of us taking the pictures. Basically we take the photo, it gets projected on the screen and it'll be printed. We'll be shooting outside, by the patio and see where the night takes us.

Can anyone have their portraits taken? 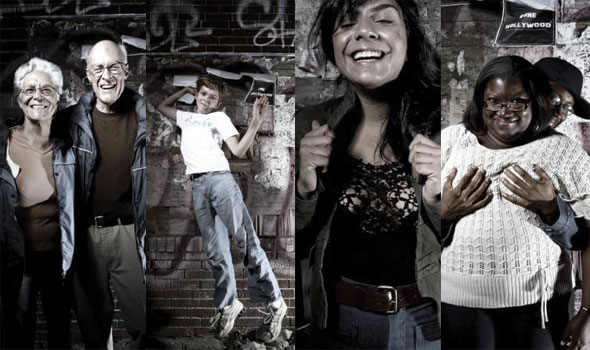 Yeah, just come up to us and we'll shoot you, it's free. We don't choose who we take pictures of but we have to limit it to 2 photos a person. Last year you're looking at 1,500 people, we did around 800 portraits. Don't come in a just t-shirt. Or come in a t-shirt but it has to be interesting. Or don't come in anything - last year we shot a naked guy (see picture above).

The CONTACT Opening Party featuring Alex Vs Alex happens tonight at Brassaii (461 King St. West) from 7:00pm until midnight. Alex Vs Alex are also closing the festival on Thursday, May 29 at The Drake Hotel (1150 Queen St. West), where they will be projecting the portraits from tonight's party again and giving away 10-15 of the best portraits printed on a large scale format.

All photos by Alex Vs Alex