NHL hockey legend Ron Ellis has teamed up with the Centre for Addiction and Mental Health (CAMH) to support the second annual Queen Street Unmasked, a gala fundraiser tonight at The Drake Hotel.

Ellis, 63, starred on Toronto Maple Leafs teams of the '60s and '70s and helped the Leafs win their last Stanley Cup in 1967. He also played for Team Canada in the famous 1972 Canada-Russia summit series.

Ellis suffered from clinical depression for a number of years, during and following his professional hockey career.

"At the time I didn't know it was depression," says Ellis. "I didn't go to a doctor. I just knew. I didn't think I could play. I just came off my best year ever, playing alongside, Tiger Williams and Darryl Sittler. I came off my best year and nobody really understood what was wrong with me. I didn't want to admit it to anyone. Nobody asked me to go see the family doctor."

So Ellis retired from hockey at age 30.

"I took some time off and spent some time doing something else. It was after my retirement that it really hit and I realized I couldn't function in the workplace, so I got help. After understanding the symptoms, I realized what it was."

Keep reading for more about Ellis and tonight's fundraiser. 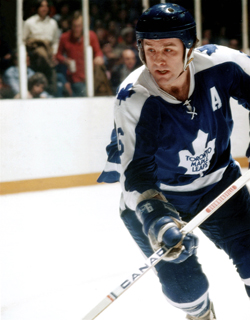 Times have changed a lot since then, but there's still somewhat of a stigma surrounding this depression, which affects one in four women and one in 10 men over their lifetime. It's one of the leading causes of disability, yet the majority of people with the illness never seek medical attention.

"There was something like a black cloud over me, but there was no public knowledge about depression at the time," says Ellis. Nowadays TV shows like Oprah and 60 minutes do entire shows about depression."

By sharing his story, Ellis hopes that he can make others aware that they are not alone and that there is help. The CAMH Foundation honoured him with a Courage to Come Back Award in 2000 for overcoming the challenges of living with mental illness and he's now using his experiences to help others.

Ellis overcame his depression by taking a break from the hockey world and getting away from playing for the Leafs in Toronto, "who weren't really competitive at the time."

"I spent more time with my family," says Ellis. "I did some volunteer work. I started to eat better, develop better sleeping habits, and gradually came out of the depressive state -- partially because I was young and strong and wanted to battle this.

"I ended up joining a home-building firm, who were going to build homes around a golf course. They asked me to help manage the golf course. And I was enjoying that. But I never really completely closed the door (to hockey) because I was still young."

Then an opportunity arose for Ellis to make a comeback. Ellis says that the 1977 championships was the first year the International Ice Hockey Federation allowed them to play.

"I was doing okay health-wise at that point," says Ellis. "So I thought maybe I'll go and watch the guys play. I asked if they needed any help at all and I was asked, 'Do you think you can play?'

"They realized they wouldn't be able to send a strong team. So I let them know that I'm going to try. I started training on my own in a little rink in Bradford, Ontario (just south of Barrie). And I was fortunate enough to make the team. It gave me the opportunity to try my skills again. The Leafs asked me to come back and I decided to make a comeback.

But a few years later, Ellis retired from hockey again. This time for good. 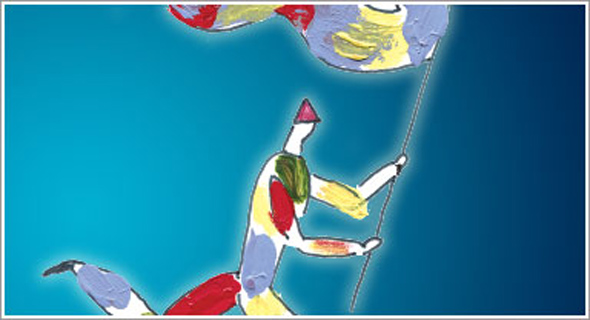 "I realized that I had to make a life of things other than by professional hockey," says Ellis. "At the time we were of the mindset that we had to enjoy the game we love, but also have a second career. We didn't make the millions hockey players make today.

"The depression just came back with a vengeance. My mom was very ill with cancer at the time, I was trying to make my mark back in the real world. I invested a lot of my life savings in a business that wasn't going well. I wasn't eating and sleeping well. All those things piled up and it became too much.

Ellis was around 40 years old when he was diagnosed with clinical depression. He spent some time in Homewood, a care facility in Guelph, Ont. and got the help he needed.

"I went for about 10 years thinking I could do it on my own. Early diagnosis and early treatment is the key today, as is learning how to cope, manage and recognize the symptoms.

About two years ago, CAMH asked Ellis to become involved in this campaign, even though CAMH wasn't a facility Ellis was involved with as a patient.

"Their new facility is going to help lots of people," says Ellis. "I was a recipient of the 'Courage to Come Back' award in 2000. I realized that it was time to help others, because all of the help I received."

The unmasked theme of tonight's fundraiser symbolizes the removal of the stigma that surrounds mental illness and addiction. Ellis says that we've come a long way with accepting depression as a mental illness.

"When someone becomes depressed, the first thing that hits them is 'What will people think?'" says Ellis. "They believe it's a weakness, not an illness. Fortunately, a number of people are coming forward.

Ellis is now lives in Alliston, Ont. And is the director of public affairs at the Hockey Hall of Fame in Toronto. Last Friday he gave a talk to educational assistants in Kitchener, Ont. Along with with Dr. Ed Gardo Perez, the CEO of Homewood, he does seminars, coast-to-coast, talking to businesses about the importance of diagnosing and treating clinical depression.

"We always get a great response, providing information for mental issues in the workplace," says Ellis. "The more people we talk to, the more will understand what their husbands and fellow employees are going through and will able to help. The more that's done, the more the stigma will disappear."

Ellis says he likes to give hope to those suffering from depression.

"When you're in the throes of depression, you become focused on the negative. You feel very hopeless. You 'castrophize' everything," says Ellis.

"Like any addiction, a person has to get to a stage where they realize, 'Yes, I need help.' And then it's a matter of confiding in friends, family and a family doctor. Sometimes that's all that's required. It's only through that process that you realize you can get the help you need.

"This is a disease that can hit anyone at any age, gender, race or level of intelligence. I have found that a lot of the people I met when I was getting treatment were teachers, policemen, and lawyers. All successful people."

Tonight's fundraiser will benefit CAMH's redevelopment at its Queen Street West site. The unmasked theme symbolizes the removal of the stigma that surrounds mental illness and addiction.

Queen Street Unmasked will offer three floors of food, refreshments, dancing and entertainment, including a performance by singer-songwriter Serena Ryder and celebrity DJ K-OS, while George Stroumboulopoulos from CBC's The Hour will act as MC.

During the evening there will be a live auction featuring the works of some of Toronto's most notable artists and galleries, including works by Charles Pachter, Edward Burtynsky and Susan Collett.

Tickets to the party are $150, with proceeds supporting CAMH's redevelopment of its outdated facilities at the Queen Street West site into a new kind of hospital for addiction and mental health, part of a mixed-use urban village that will become a vital and energetic component of the neighbourhood.