There is a makeshift garden in the street-level atrium just east of the box office in the Four Seasons Centre. It is not a farmers market, nor a gardening show, nor swanky reception you weren't invited to. Rather, for the next few days, the Four Seasons Centre will be plush with plants in exhibition of the winning community idea for the American Express Room for Thought Contest.

The contest, which we announced this past summer, called for ideas in three different categories, one of which was community initiatives. The community winner would be treated to personal mentorship and consultation with Marc and Craig Kielburger, who, needless to say, know a thing or two about making things happen. 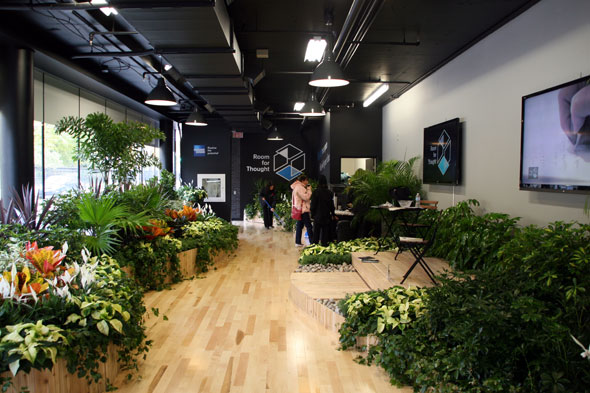 I headed to the Four Seasons Centre this morning to meet with Lisa and find out a bit about her idea. She's a small, bubbly woman--the epitome of "mom"--and gave a squinty smile throughout most of our conversation. "Oh this is just so exciting," she says, lightly touching my arm. "It's so great to see all of this happening."

Lisa, a Thornhill mom, was diagnosed with Hodgkin's Lymphoma in 2008. She underwent a stem cell transplant in 2009 and after several weeks in isolation, finally began her path to recovery. Along the way she connected with a network of cancer survivors who would share tips on tools for healing and recovery. 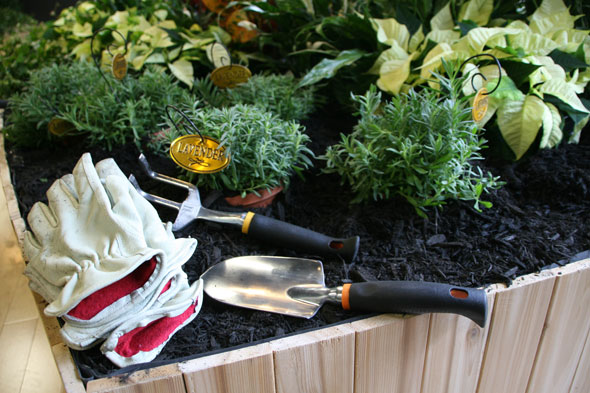 "Well," Lisa says, "I kept hearing gardening." Lisa admits that she, personally, has anything but a green thumb, though she immediately recognized the therapeutic benefits.

"I think there's something very healing about gardening," she continues. "Planting a seed, watching it grow, starting with nothing and making it into something beautiful--it's something you can take control of, especially when you lose a lot of that control when you're a cancer patient."

Lisa's idea is to create a therapeutic community garden that would allow patients struggling with any illness to come and take part in gardening, or else, just enjoy the space. Through discussions with Marc and Craig Kielburger, she's expanded that concept to include a sort of online survivor garden (connected through videos, blogs, etc.), as to allow people who might not be able to make it to the physical garden to participate in a virtual community. 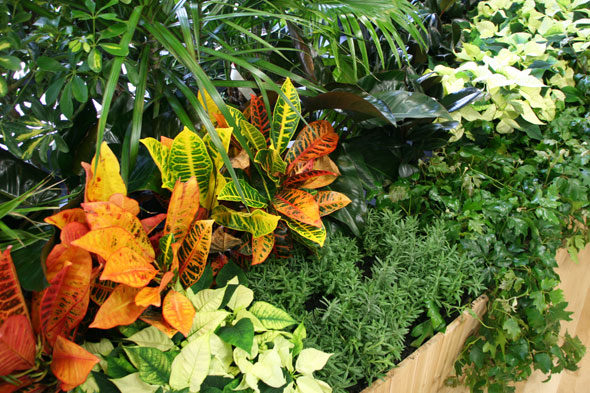 Craig and I discuss the online idea further after I catch him making the rounds inside the Four Seasons garden. We exchange a series of gardening-related puns (much to my delight) as he explains how he's tried to nurture the seed (there I go again) of Lisa's initial idea.

"With these sorts of concepts," he says, "it's important to not let the idea overwhelm the purpose or the intent. It's not about the idea so much as what it's meant to achieve."

"This is about more than just a garden," he continues. "It's going to go way beyond that."

Craig says that Lisa's next important step is to build a reliable network of people who can help her achieve her goal. "She's already well on her way," he says. "Her family is so involved; her son, Noah, is here." 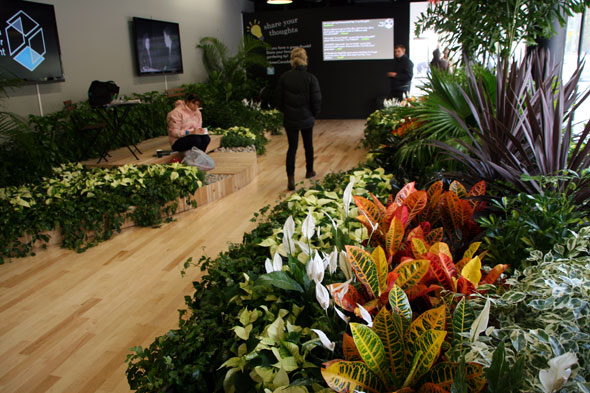 "But Lisa admits that's her greatest weakness--asking for help. But that's the way charity is going nowadays; it's democratized, grassroots (was that another pun?), and built by a community of people."

While plans for an actual Survivor Garden (in Toronto and online) is still in the works, you can catch Lisa and a glimpse of her idea at the Four Seasons Centre today through Thursday.

blogTO is a promotional supporter for ROOM FOR THOUGHT. The ROOM FOR THOUGHT is located inside the Four Seasons Centre for Performing Arts through next week. The winning ideas, starting with will the Survivor Garden, will each be showcased for a three day period. The venue is open to the public. American Express will also help make each idea an ongoing reality by offering the winner $10,000.

Toronto gets a new old-school diner for brunch & dinner

Toronto gets another location for fast Asian eats

Where to satisfy cravings for Indonesian food in Toronto

Toronto gets a late night club in the heart of Chinatown

Toronto gets a new destination for crepes