Flight tickets from Toronto to Vancouver soar past $9,200 roundtrip

Just when you think travelling this week is chaotic enough, another challenge has appeared.

Usually, a flight from Vancouver to Toronto or the other way around can cost around $100 depending on the time of year. December is a more pricey month since the cost can rise close to $600, according to Skyscanner.

So when compared to the cost of tickets available now, it is beyond shocking.

On Wednesday, one Canadian posted on his Instagram story a screenshot of one-way tickets from Toronto to Vancouver with a stop that cost $6,620 to fly with Air Canada.

Over the list of prices, Wil Yuarata wrote, “This should be illegal.” 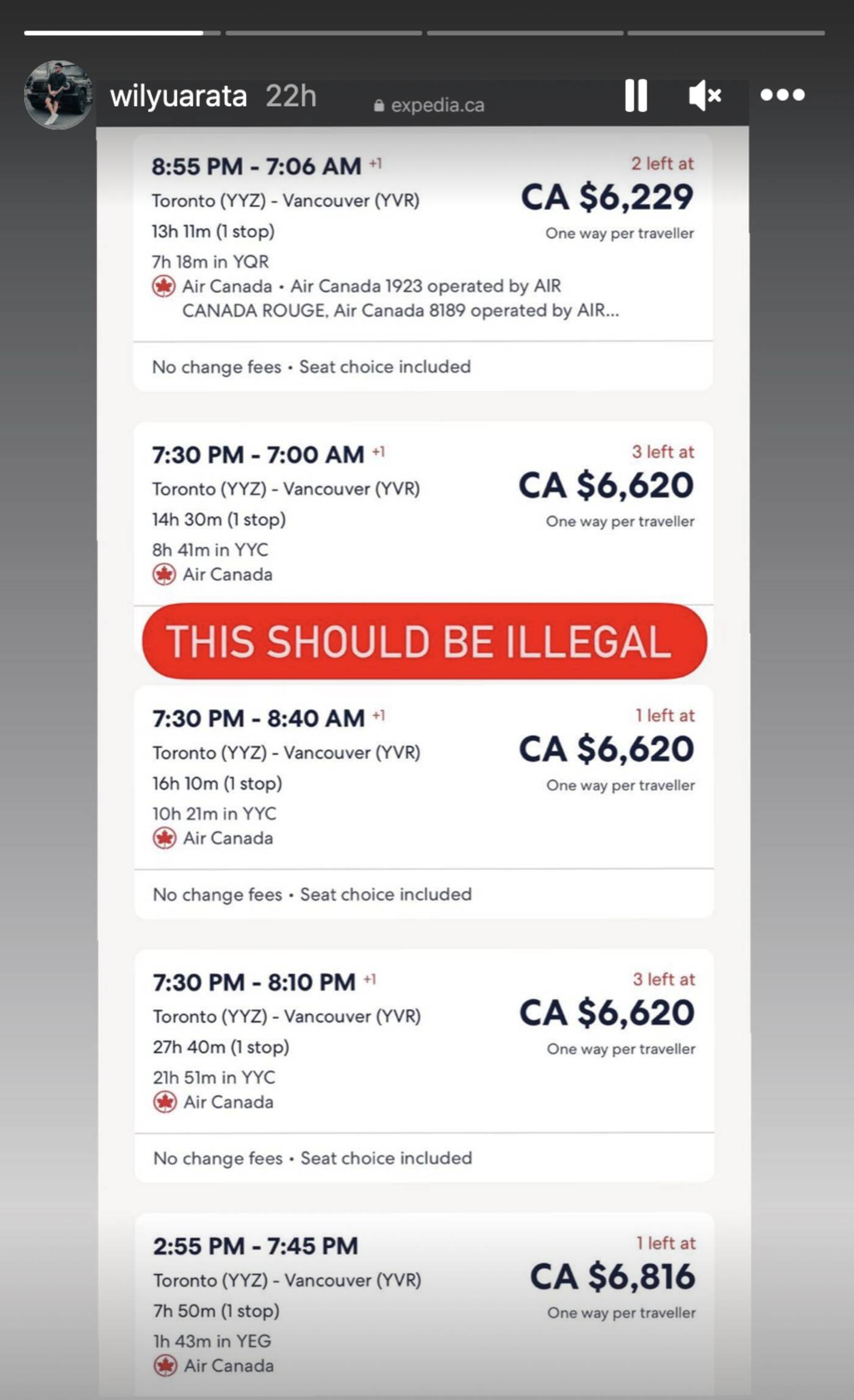 A screenshot of prices taken by Wil Yurata.

The highest price for a round trip from Toronto to Vancouver that we found on Thursday cost $9,284 on Expedia.

Someone that purchases this ticket would leave with Air Canada on December 23 and return on December 30. 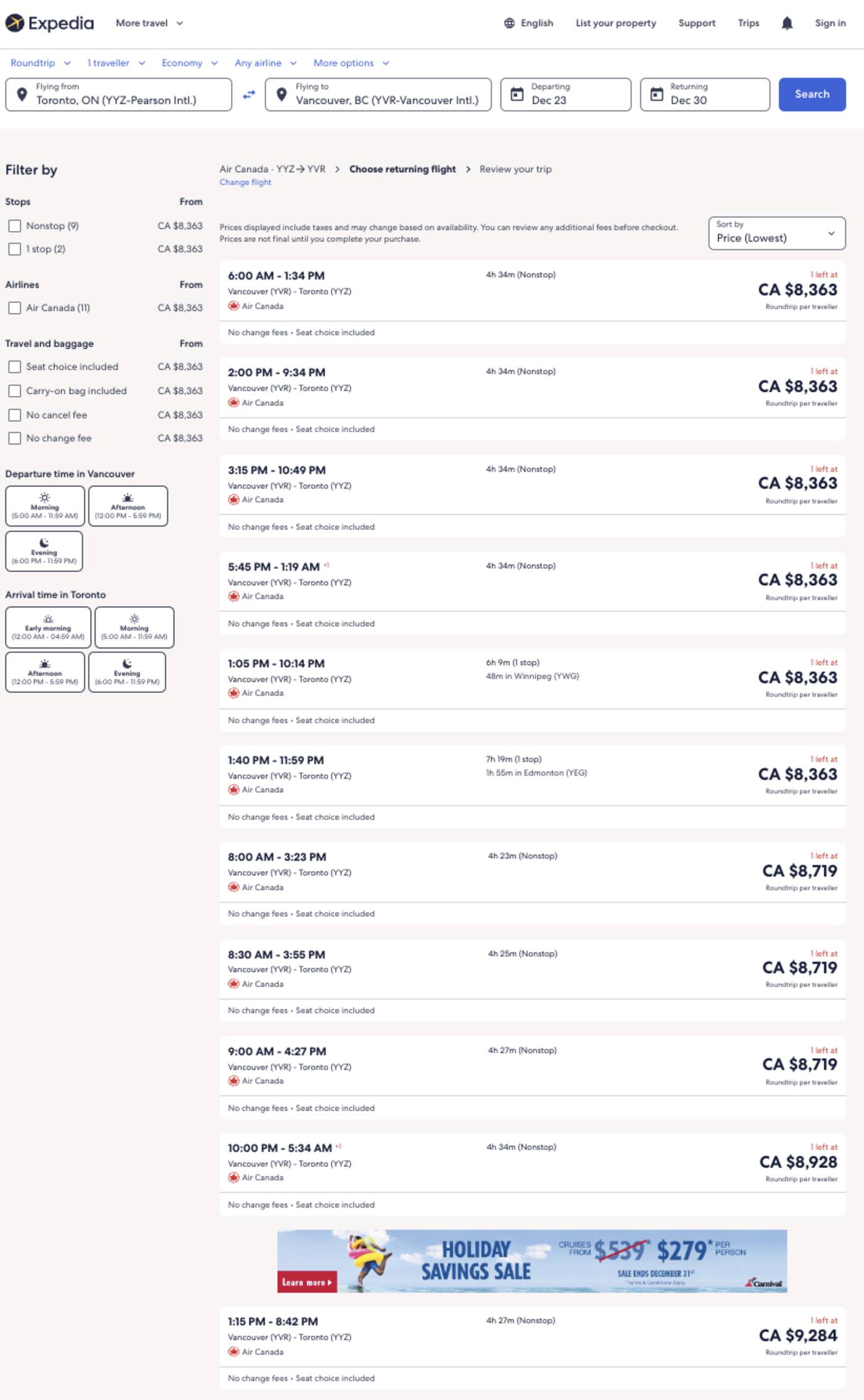 Flight costs as shown on Expedia.

We also found tickets sold on Expedia, Google Flights, and Skyscanner that range from $3,500 to $8,300, depending on the day of departure and return.

The most expensive days to return to Toronto from Vancouver are New Year’s Eve and most of January.

If travellers are able to fly back in mid-January, a roundtrip could cost them just under $2,000.