While you might have to stay at home during Toronto's lockdown, your dogs are free to go to a cabin and forest retreat just north of the city.

Since publishing this article there has been a subsequent media report concerning the death of a dog that was alleged to be in the care of this kennel. 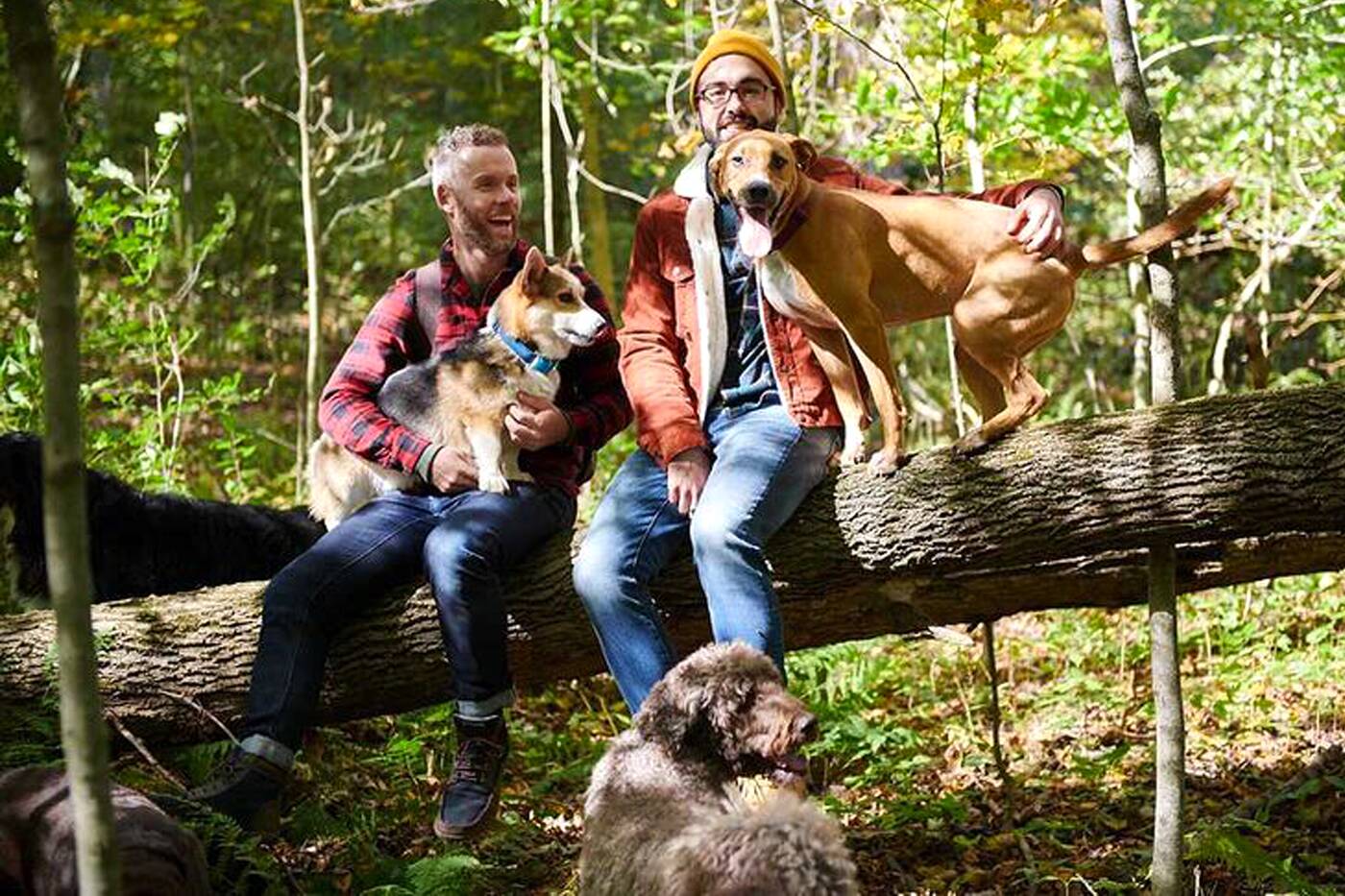 Joe Rutherford and Tyler Macdougall are co-owners of Wild Dogs.

The couple offers day-long hikes and overnight cabin stays for dogs, along with complimentary transportation to and from your home.

This means that while you are cooped up in your house, your best friend can be running through 34 acres of fenced forest.

Located just north of Uxbridge, your dog will only be in the car for about an hour before arriving at the retreat. If they're going for a day trip, they will be gone from 9 a.m. to 5 p.m., and that will cost you $42 plus HST.

If you want them to sleep over the price goes up to $75 plus HST. But rest assured that the dog will be constantly supervised. 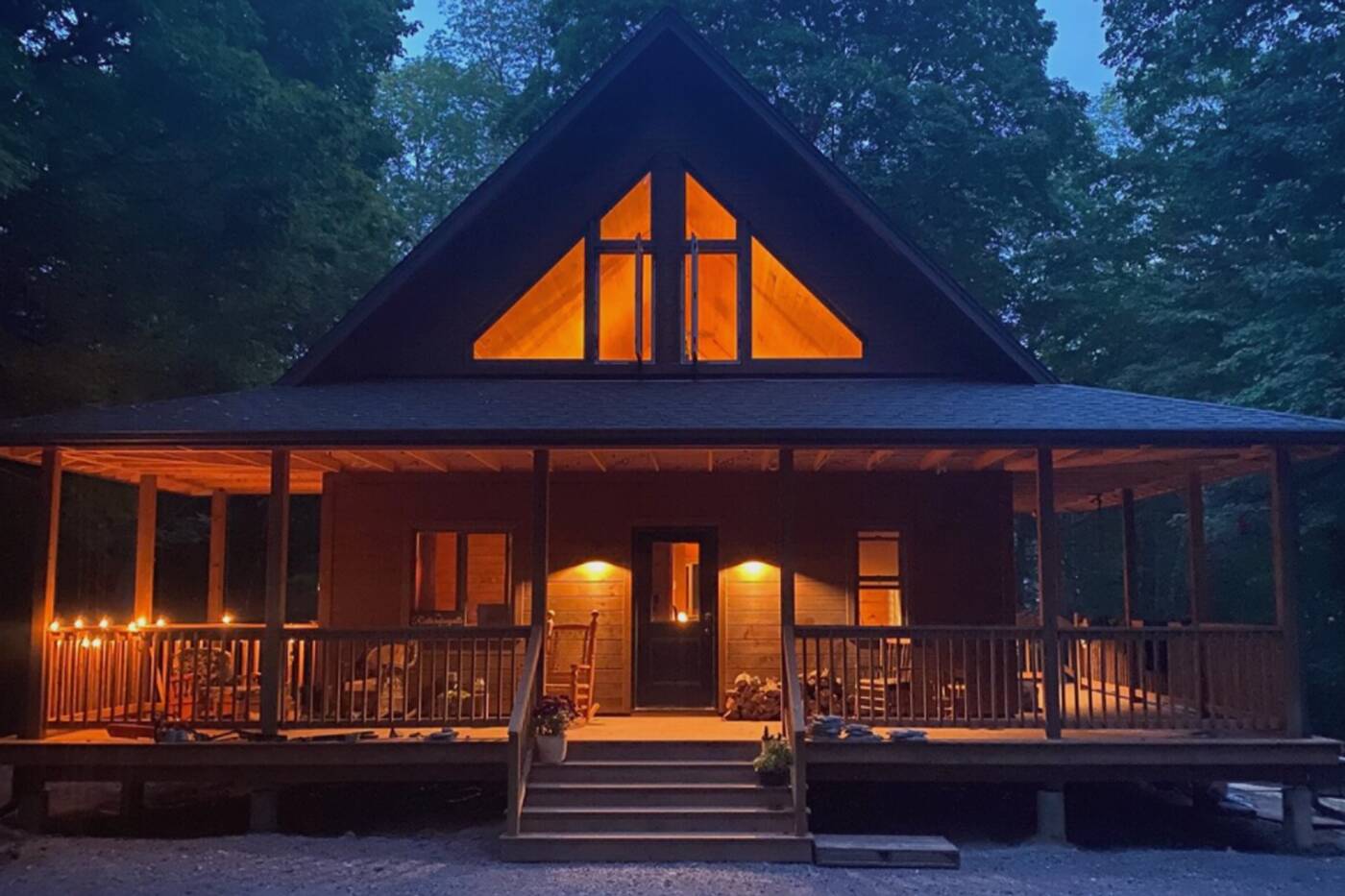 Wild Dogs was launched by Rutherford and Macdougall earlier this year.

Rutherford told blogTO that he and Macdougall split their time between the cabin and the city, but are always there when they have overnight guests.

Since the cabin is made with dogs in mind, they are free to snuggle up on any couch, rug or bed they wish.

Both Rutherford and Macdougall grew up around dogs and know how to care for them. Their own dog Sammy was the inspiration for the project.

They began searching for a place "big enough to nurture the wild dog in Sammy and also close enough to the city so [they] could easily bring her and her canine buddies to the woods every single day."

Two years later they purchased the 34-acre plot of land and began working. 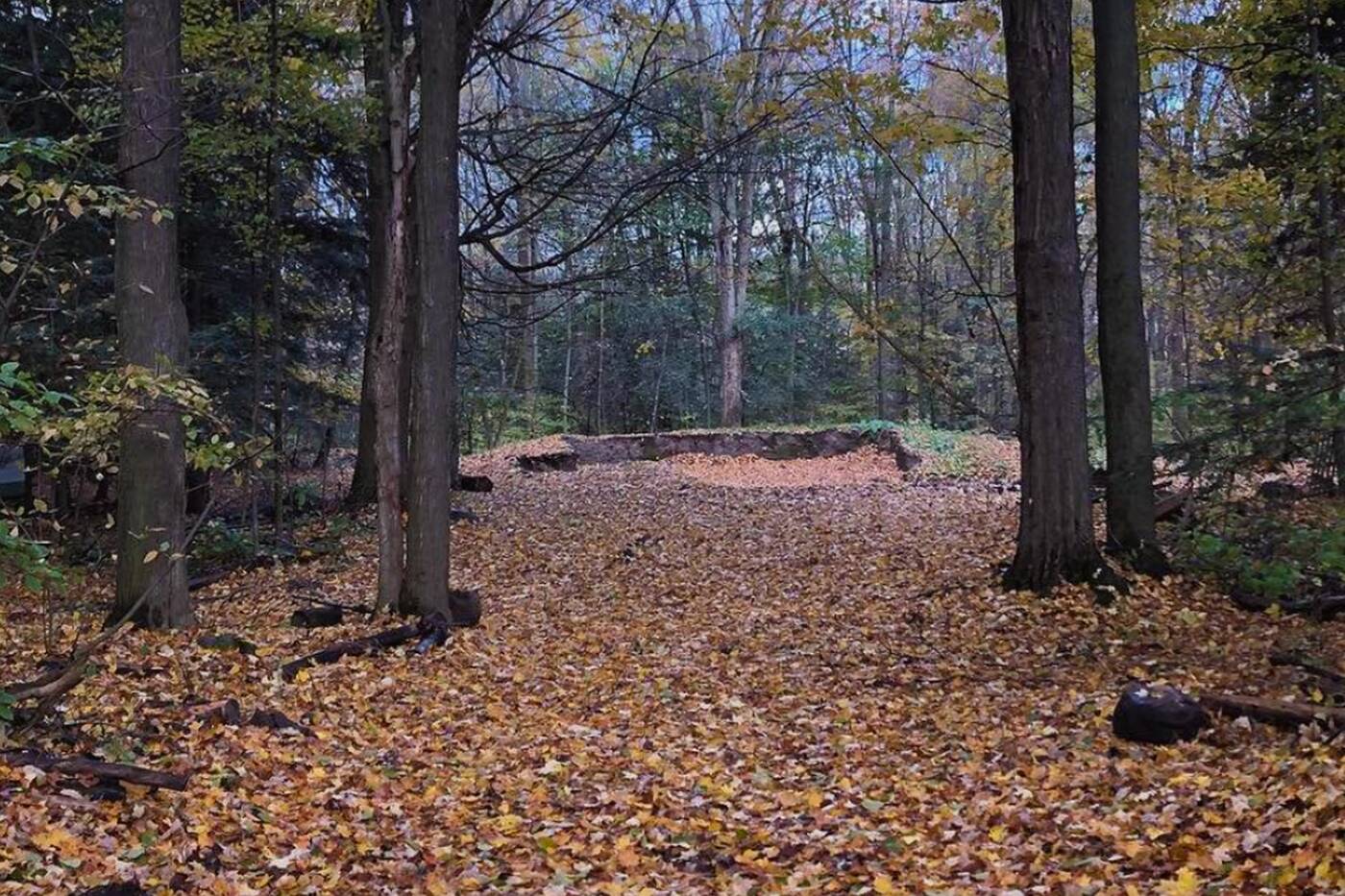 The area of land that Rutherford and Macdougall cleared out to make Wild Dogs.

The pair had originally sorted out funding to pay for the construction but unfortunately lost it all when the pandemic hit.

"We had to bootstrap everything ourselves, we cleared the entire perimeter of the 34 acres ourselves, I sourced all the fencing materials at cost and my partner and I installed every inch of it ourselves."

While this was no easy feat, Rutherford said it was still "pretty awesome."

"We basically went from the feeling that COVID had taken everything to feeling like a couple of superheroes." 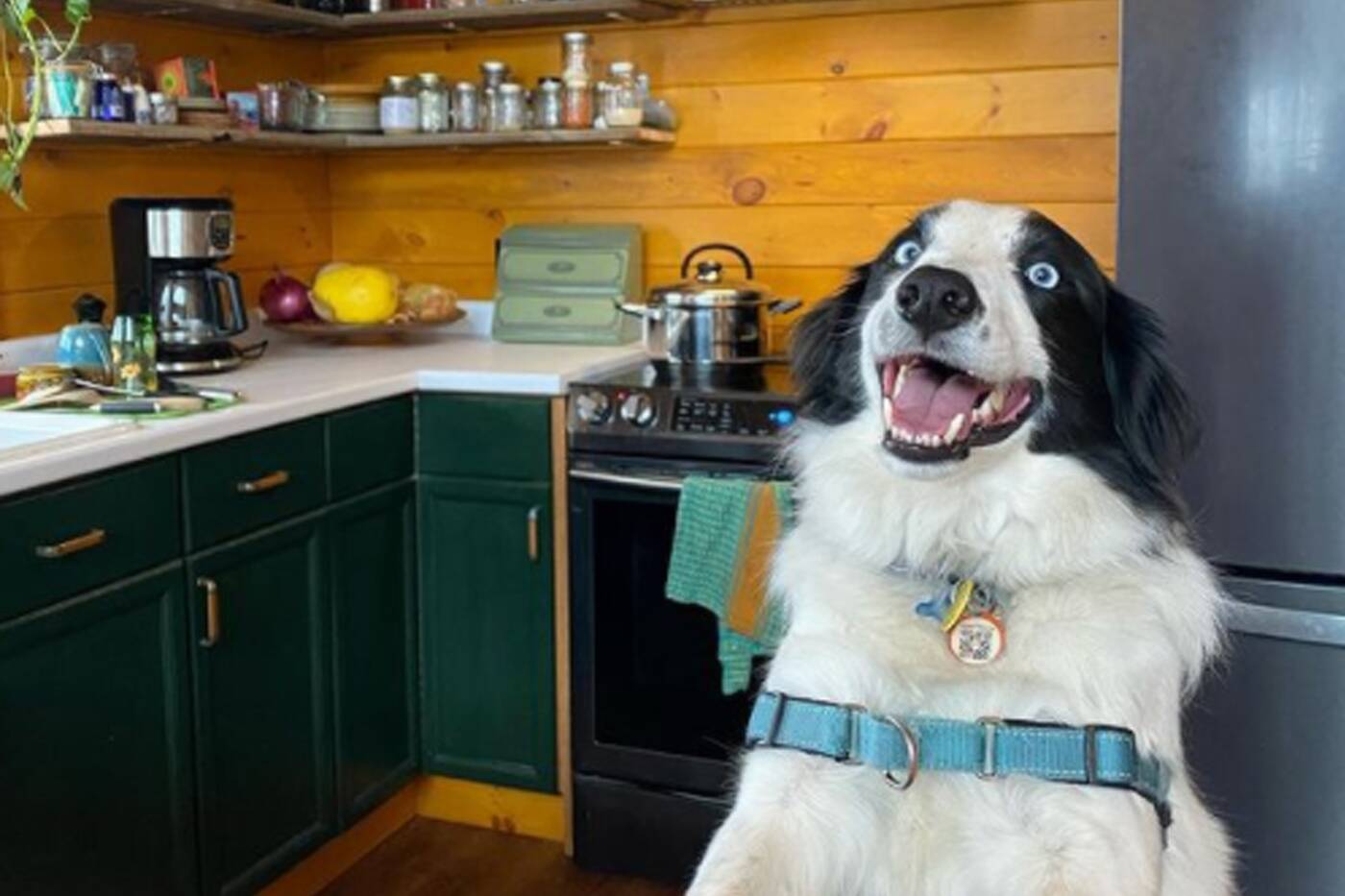 A happy customer helping out in the cabin kitchen.

"We started building from the ground up and with this we entered into a contract with the land to return it to its former glory. We promised to remove the marks and scars of its previous human owners and allow its roots to breathe once again," according to their website.

Though they had expected to share the space and their new business with Sammy, she died unexpectedly before the place was finished. 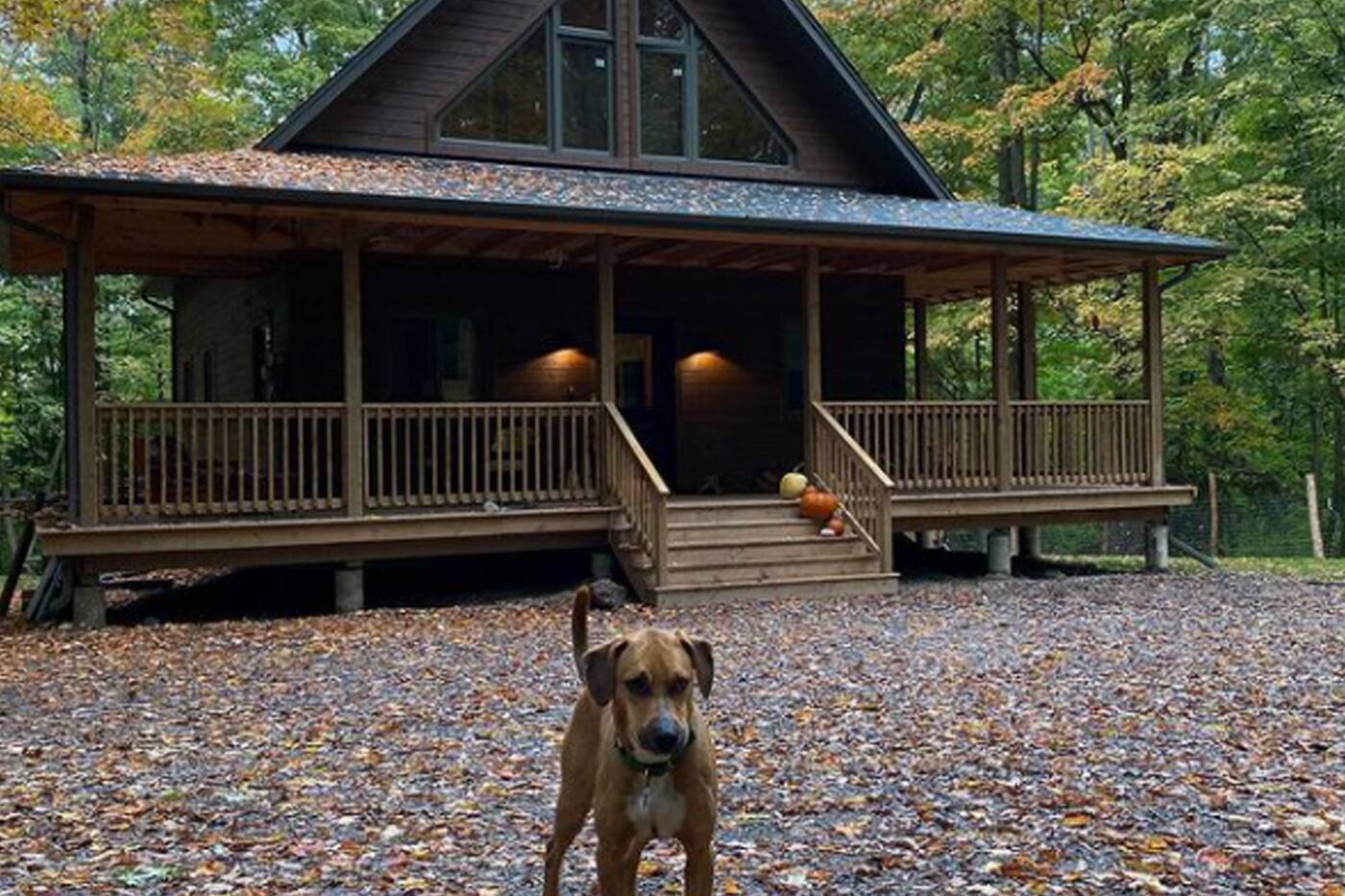 The Wild Dogs cabin was made with dogs in mind.

Now, the cabin they built is surrounded by forest, meadows, valleys and even an apple orchard. Although Sammy is sadly not able to enjoy it, they say that "each path, trail and hike is dedicated to her memory."