Amtrak has been pushing for a train between Detroit and Toronto for 2 years, and things are finally looking positive after Joe Biden released his $2 trillion infrastructure plan which includes an $80 billion commitment to rail services.

Last week, the U.S. rail service released their "2035 plan" which includes a Chicago and Toronto connection, along with a new service line linking Detroit and Toronto. 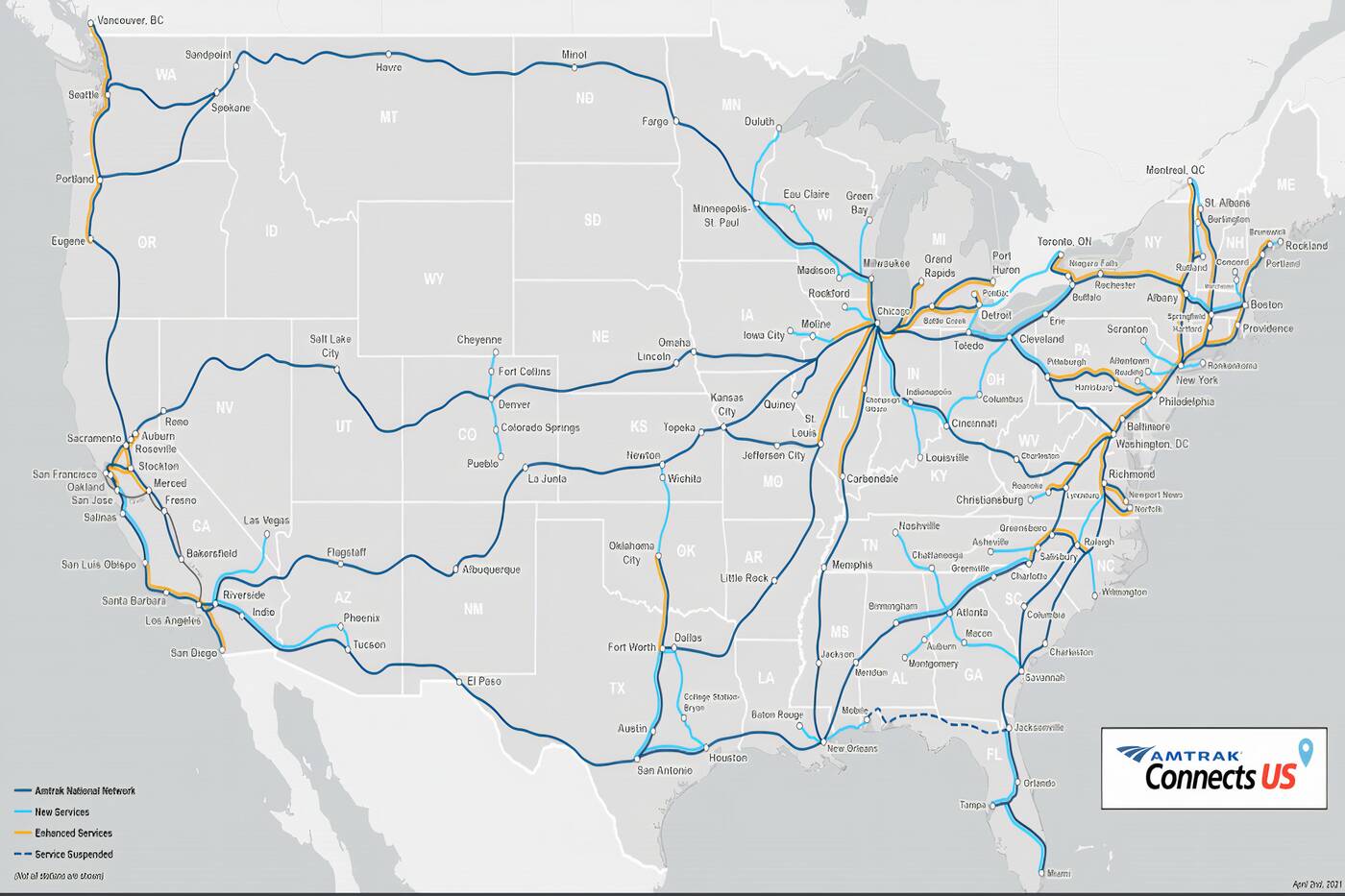 Amtrak's new plan includes a train from Detroit to Toronto.

Amtrak first proposed a link between Detroit and Toronto in 2019, but didn't make much progress due to the $1.8 billion budget request to the U.S. federal government. With Biden's recent plan, the plan is looking more possible.

However, there are still some issues with implementation. Amtrak would need consent from a few different transportation companies, such as CP Rail, Via Rail, the Michigan Department of Transportation and Ford Motor Company.

A train between Toronto and Detroit wouldn't be entirely new for Toronto, either — back in the '70s, there was a direct link between the two cities via train.

Now, though, besides New York and Seattle, there aren't a ton of options for travelling between Canada and the U.S. by train. With the new proposed link, it's possible Detroit will become a new travel hotspot for Canadians in the coming years.