Petroglyphs Provincial Park is one spot that’s definitely worth adding to your summer bucket list. It's one of the many incredible natural wonders only a couple hours away from the city.

Situated in Woodview in the beautiful region of the Kawartha’s, this historical-class park is home to the largest and oldest collection of First Nations petroglyphs in the country.

Over 900 symbolic carvings of humans, objects and animals were carved between 600 and 1100 years ago into a single slab of marble.

The sacred location was kept hidden until 1954 when it was rediscovered by a prospector of the Industrial Minerals of Canada. Since then the immediate area of the petroglyphs has been designated a National Historic Site.

Today, the First Nations people of Ontario call the carvings Kinomagewapkong, which translates to "the rocks that teach".

Although photography isn't permitted at the petroglyph site, the carvings themselves are concentrated in a relatively small area of the park and the rest of the 4,000 acres is full of picturesque woodland, which is home to several rare species, beautiful trails, and a number of small lakes.

McGinnis Lake, which can be discovered by taking a quick 1.6-kilometre trail, has to be the rarest.

This bright blue-green lake is deep and the layers of water in it do not mix with one another. These kinds of lakes are called meromictic,  and there is only a handful of them in Canada.

The water at the bottom of a meromictic lake hasn’t moved or had oxygen in it for thousands of years, which allows special organisms to survive on the waterbed. It's also what gives the water that incredibly vivid layered effect.

Though the lake isn't suitable for swimming, the striking turquoise hue of the water does make for an incredible view.

If you plan on visiting and exploring one of the three hiking trails in the park, make sure to keep these few things in mind to do so safely this summer. 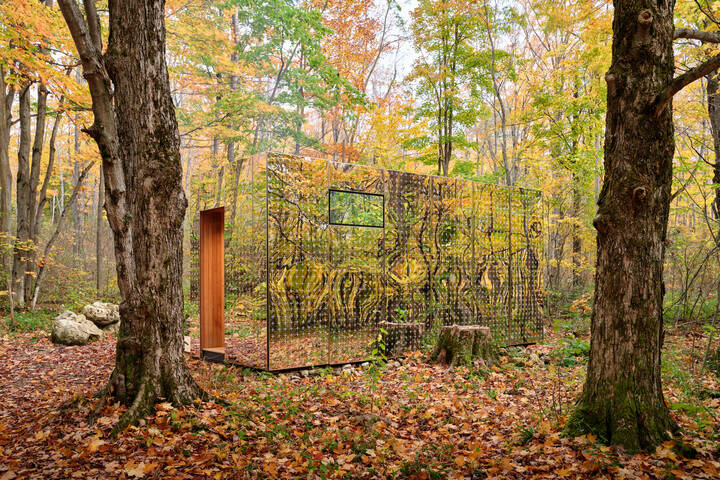