I like Tom Cruise. He's been in a Few Good movies and for extra points he dropped that famous mind-bomb performance on Oprah, which I think we can all agree was awesome. But my affinity for the man probably lies more in the fact that, like me, he's short, dark and moody (the most charitable delusionals I've met have even said there's a resemblance between Katie Holmes's man and myself). Tom Cruise is pretty much my Spirit Animal.

But, like his religion, most people I know have denounced the man as crazy. But after a curious-but-guarded trip to a Dianetics center years ago, when I watched the impassioned actor speak to me via laserdisc about the untold, super-secret benefits of being a Scientologist, I wasn't satisfied with aligning myself with the common casting-off of the religion. Like communism, Scientology sounded good to me on paper. As a scientologist I could free myself from stress and anxiety, ascend the ranks into the upper echelons of a secretive hierarchy (this kind of thing is still attractive, what can I say?), and reap the benefits of being a super-human charged by some metaphysical thing called Thetans (midichlorians?).

Fuelled by reckless curiosity, I went to the Church of Scientology of Toronto last Tuesday to take their Free Personality Test, play with an e-meter, and dive right in... 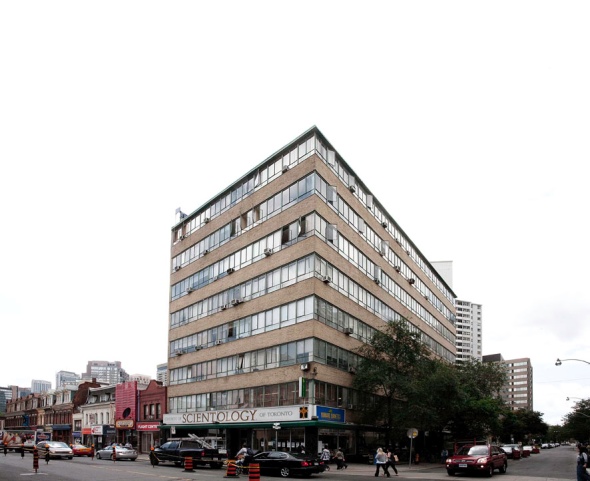 In case you didn't know, Scientology is all about a sort of therapy called Dianetics. A prolific (seriously, obsessively) science-fiction author named L. Ron Hubbard invented Dianetics in the middle part of the last century. Eventually he moved to an island and lost the copyright to Dianetics in bankruptcy, so he decided to re-cast his therapy as a religion, and invented a non-copyrighted name for it: Scientology. The religion grew, and today it is seen by many as a positive force for change; a way to improve your life and to "reach your potential".

For many others, however, it is seen as a dangerous system of thought-control with the prime directive of selling books and courses. It's a divisive thing to be sure -- in the USA Scientology is recognized as a bona fide religion while Germany has all but banned it outright. Words like "cult" and "transnational corporation" are commonly associated with the church, especially in Europe.

Like me, our government lies somewhere in the middle on the subject. While Canada refuses to grant Scientology the distinction of "religion" under the law, it does allow that Tom Cruise is interesting, and that maybe those guys have something.

So I went, trying to be as open-minded as I could possibly be in this climate of Scientology-hate/dismissal, to check it out.

I was met by Rod (not his real name), whom I had previously set up an appointment with. He sat me down and launched into a series of interesting declarations that he had obviously delivered many times before. One of our first dialogues went something like this:

Rod: Exactly. We all know the song, but we don't think about what it means. This is what Dianetics can do for you. A dell is a valley, by the way.

He was passionate and pleasantly bewildering to sit in front of, but I was completely unable to grasp what he was talking about, so I asked about the Free Personality Test.

He led me into a room and handed me a piece of paper filled to the margins with two hundred questions. The test, he explained, was the OCA - or Oxford Capacity Analysis, a standard personality test given as part of job applications (or so he told me, our good friend Google tells me it is only administered by the church). 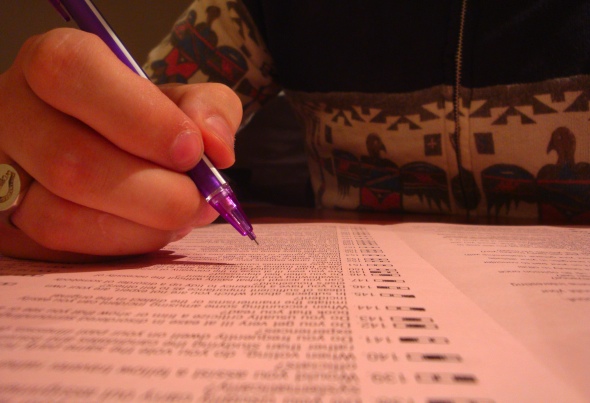 I finally shaded in the box next to question 200 ("Do you consider you have many warm friends?") and handed it in.

A bright-eyed guy about my age in a baseball hat took my completed test. He printed out my results and handed squiggly line graph to Rod illustrating my strengths and weaknesses.

Rod pointed to the peaks and valleys and a wave of concern came over his face. I asked, as most people probably do, if my results were unusual. He said that my results showed some obvious weak points, and that he encounters people who are the total opposite of me, a troubling (encouraging?) thought. My problem, he said, was my anxiety and nervousness. This was not news to me; I had shaded in the "yes" box on the test next to things like "I feel awkward at the beginning of parties". What was news to me was that, in no uncertain terms, Dianetics would set me right, flatten out my line graph to a steady hum of utter peace and contentment. Cool! 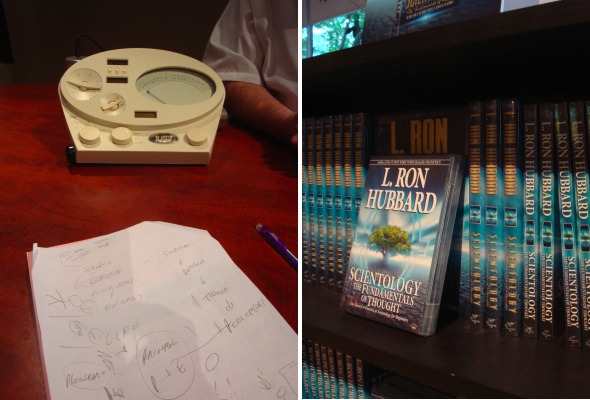 Rod didn't seem to like the question, but he acquiesced, explaining some of the basics of the therapy. With an Auditor (a Scientology illuminate of sorts), you use an e-meter to figure out the sources of your stress and anxiety. Then you close your eyes, and re-live the offending traumatic memories over and over again until you are desensitized to it, thus freeing yourself from its influence. Psychology 101 students recognize this technique, he said, but with Dianetics it's a little different.

He had me. "OK" I nodded, "I can do this, sure!" But then curiousity knocked: after I iron out my weak points to a flat baseline and discover my true self, what then? Again Rod said he couldn't discuss it, but the sparkle in his eye belied his conviction.

He finally went on to explain that studying Dianetics is like riding a bike. What do you do after you learn to ride a bike? You learn to do tricks!

I was intrigued. Magic? Mind reading? Invincible boners? I had to know.

Me: I'm still working on that. Do you?

He had finally outpaced my imagination and lost me completely. Like in an earlier exercise in which he tried to convince me that I have a spirit in addition to a mind, we were clearly privy to different things. I never doubted that he knew where he was in 1837 but I just couldn't swallow the notion that I ever would.

The conversation lasted more than two hours and though he seemed to like me, he said several times that I had too many questions. At one point I asked if it bothered him that the Canadian government doesn't recognize his religion. It didn't matter to him but the church could really use the tax-exemption, he said. This point irked the man deeply. 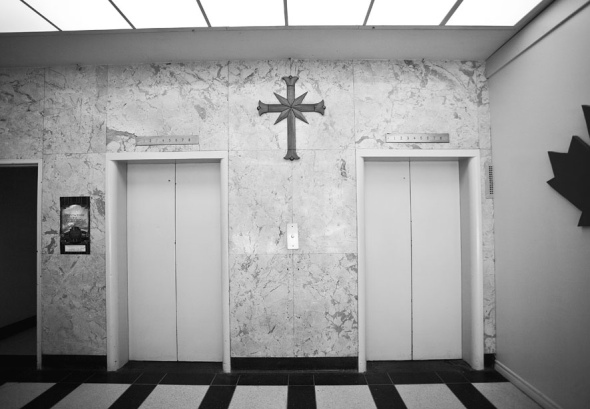 As I was about to leave, he asked for $25 for the first book and $55 for the first course. I was considering doing it - it all made so much sense, but I had more questions. "Don't think about it so much," he said, "it's like Nike - Just Do It!"

I couldn't "Just Do It." Eventually I had to lie, telling him that I was completely broke, that I would be paid this Thursday and that I'd be back on that day at 7:00 PM sharp to register.

After a few days of processing the experience, I find myself becoming more and more relieved that I didn't. On the way out I grabbed a flyer advertising the personality test -- the example results matched mine almost exactly.

GTA Tripping is a weekly column featuring destinations and anti-destinations accessible by public transit in and around the GTA.

Photos by Petia Karrin and the author.