Given that my friends (and a new study released last week) have convinced me that using condoms as birth control makes me a sucker-idiot, I've started planning for my imminent pregnancy blessing/disaster. Imagining my future son (whom I will name, oh, let's say Alasdair Percival Reynolds), I can't help but envision the finest sort of man.

Though the boy is still just a handsome, gifted mistake over the horizon, I'm the sort of dad who plans ahead, probably. So this week I headed to Upper Canada College, Canada's most storied and prestigious prep school - a turbo-Hogwarts pumping out CEOs and (soon-to-be?) Prime Ministers - to scout the place out for my probable future progeny. 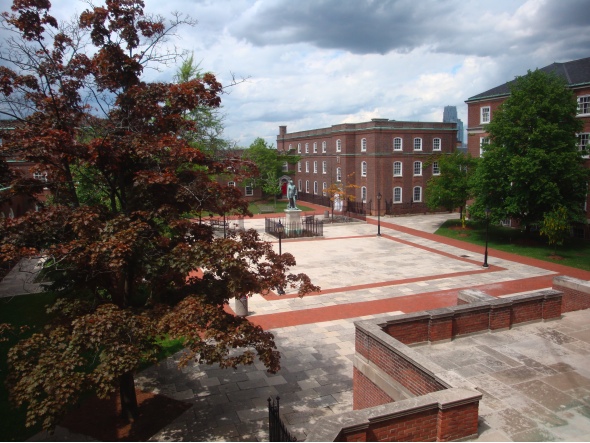 Upper Canada College is the real deal. Founded in 1829 and based on England's James William Bottomtooth III-worthy schools (Eton College, especially), the place has an air of crusty patrician entitlement, which is my favourite kind of entitlement. 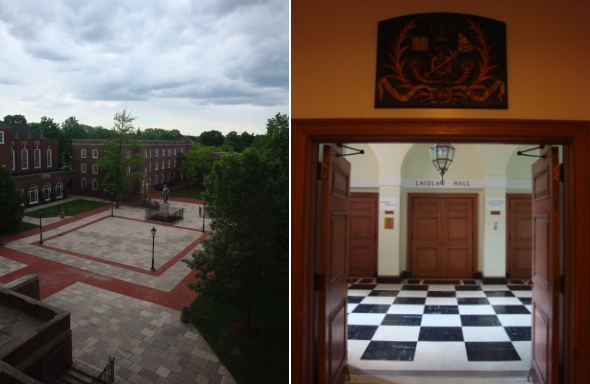 The pedigree is undeniable. Prince Philip is the official visitor. Charles Dickens wrote favourably about the college. Michael Ignatieff and Robert Prichard (University of Toronto and Toronto Star boss) are both alumni, as well as Stephen Leacock, the celebrated humourist whose name, during his day, was said to be more well known around the world than Canada itself.

The credit cup runneth over: thirty percent of Canada's General's in WWII came out of Upper Canada College; the school has produced 24 Rhodes scholars and ten Olympic medalists, which is impressive considering I'm pretty sure we've only ever won eleven or so.

All of this is to say, if you are a pimply-faced pre-teen wearing a blue UCC uniform I am officially intimidated by you. 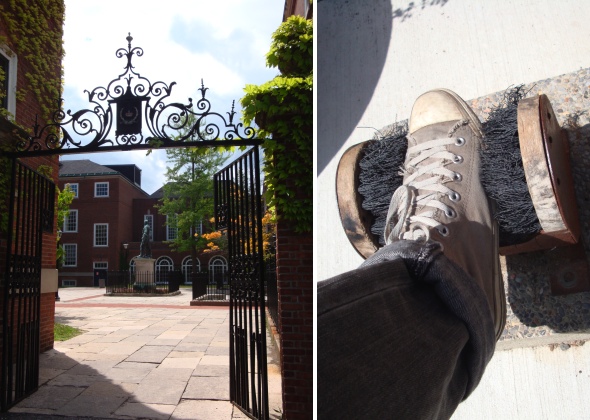 Being the delusional semi-megalomaniacal sort that I am, I'm apt to believe that Alasdair Percival Reynolds will fit right in with these people. I myself, however, do not. And so, on our arrival at the campus I was half expecting to be taken out by polo players. Or perhaps pinned to the perfectly manicured lawns and burned to death with monocle-amplified sun rays. Luckily, this being a weekend, the place was mostly empty and we were given free reign to explore the place. So explore we did, wandering the grounds, opening doors and trying on stray uniforms. 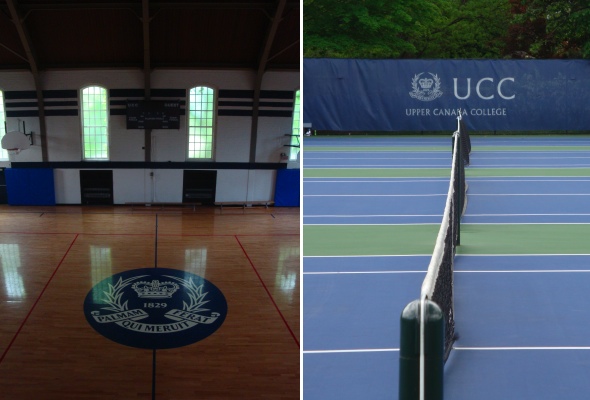 Strolling over the grounds first, we gaped at the sprawling and well-appointed athletic facilities. There was a football field, a baseball diamond, swimming pools and tennis courts. The tennis courts were nice enough, but not made of buzz-cut grass, the kind of stuff they use at Wimbledon. I had to let this go, but I secretly wondered about the hindered growth this oversight would cause. My boy will have to stick to rowing and cricket, I guess.

Charity and good will are certainly laudable virtues for an institution to have, and so it was pleasing to discover a pair of Salvation Army goodwill bins near the tennis courts. Curiosity, let's say, caused us to open these bins to see what was inside. Every item in those bins was freshly pressed and sitting in a dry cleaning bag. It was like dumpster diving behind Buckingham Palace. 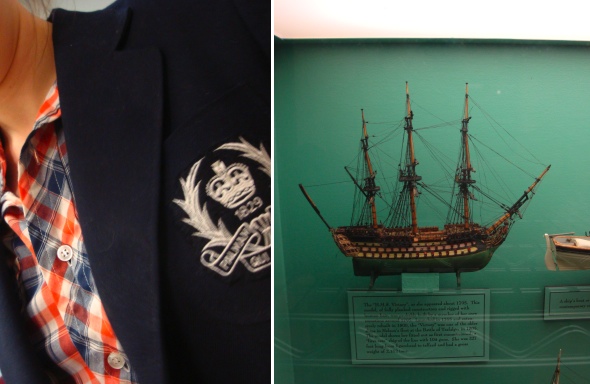 Opening the heavy carved oak doors and heading inside we were blown away by the art and artifacts casually decking in the halls. An American flag from the top of one of New York City's tragic World Trade Center towers. A chair belonging originally to Sir John A. Macdonald.

We walked past the quantum mechanics laboratory (seriously) and went to the Creativity Center. The student art works were highly developed in content and style, and some of the accompanying artists' statements read like MFA theses. We even caught a glimpse at a Group of Seven original, of which the school purportedly has several.

Or had; the bulk of these were auctioned off in 2004 to pay for law suits surrounding accusations of sexual abuse committed by a couple of teachers. This may sound horribly cynical of me, but the fact that an all-boys school took 175 years to have a sex scandal is something, right?

The theatrical posters were also impressive, and hinted at the famous stage tradition at UCC. The school produces several plays per year, including many student-run productions. The Max Fischer in me (the character from Wes Anderson's Rushmore was the result I got yesterday in a Facebook quiz entitled "Which Cult Movie Character Are You?") longed for tuition and a time machine.

Wikipedia tells me that many of these student-run productions have featured controversial subject matter including underage smoking on stage and a recently performed homosexual kiss between students. I imagined Alasdair Percival pushing the envelope further, performing the school's first onstage virgin lamb slaughter to much critical acclaim.

My heart filled with future-pride, and the decision was made: Upper Canada College it is. 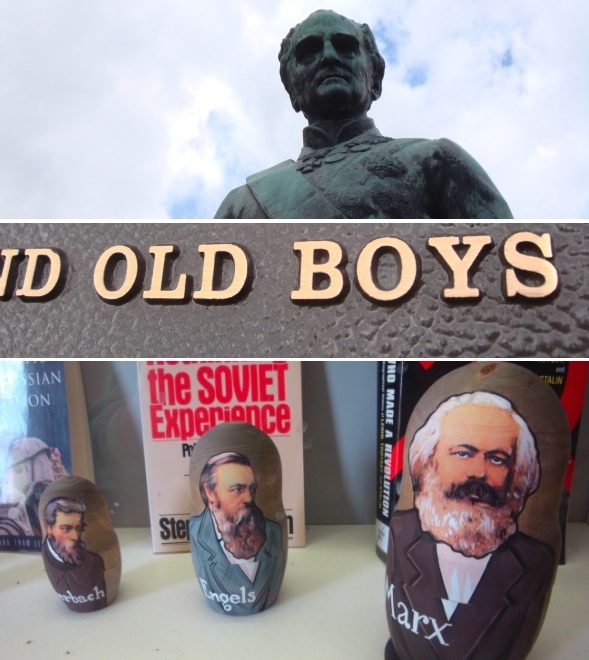