At the very end of the Eastbound Queen Street streetcar line in Toronto my friends and I found the Water Castle. The place is famous in Toronto pop-lore for being stupidly beautiful and a reliable shock for first-time visitors. It's a water filtration plant - an industrial complex supplying the greater portion of our drinking water - in the form of a commanding fortress.

A Michael Ondaatje character threatens to blow the place up in the critically lauded book In the Skin of a Lion. Dave Chappell visits to this place as a jail in the stonerly smoked-to movie Half Baked. 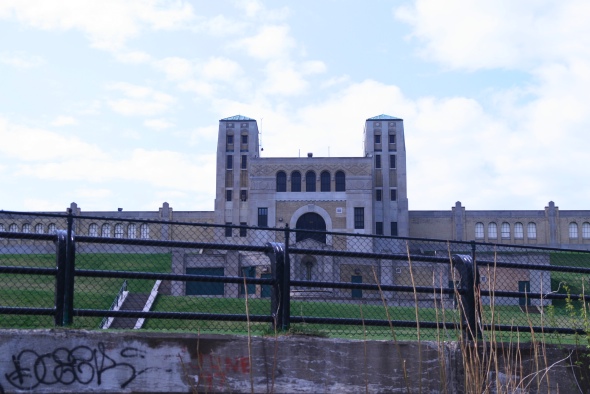 In the real world, the place was built in a time when it was en vogue to spend public money erecting ornate monuments to the future. At the time the construction was met with a lot of criticism. Shouldn't the public's money be spent on the public of the here and now? I would tend to agree with such logic if it weren't for the damning evidence supporting the contrary opinion: in the past it seems that we were willing to (or made to) scrimp for solid, lasting structures, while today we opt to supersize our fries and settle for shoddier buildings. Just look at any public building built of brick and mortar in the first half of the last century vs. the tin and pressboard shantytown numbers we're currently bestowing on the next generation. Which will still be enjoyed by our children?

Revealing itself beneath a moody sky, the R.C. Harris Water Treatment Plant was operatic, terrible and everything we had hoped for when we stepped down at the streetcar's last stop.

It was going to be a special day... we could feel it. But first we needed breakfast.

Luckily, also situated at the very end of the line, sitting as the absolute closest restaurant to the Water Castle, we found a little bistro called Vi Vetha. It didn't look like anything special from the outside, but stepping inside we could tell that it was a favourite in the neighbourhood. The place was brimming.

Sitting down in the dim recesses at the back of the room, a server approached and sneered at us. She was simultaneously stony and agitated, like a person trying to sleep through a restless nightmare, only she was standing in front of us and her eyes were open. 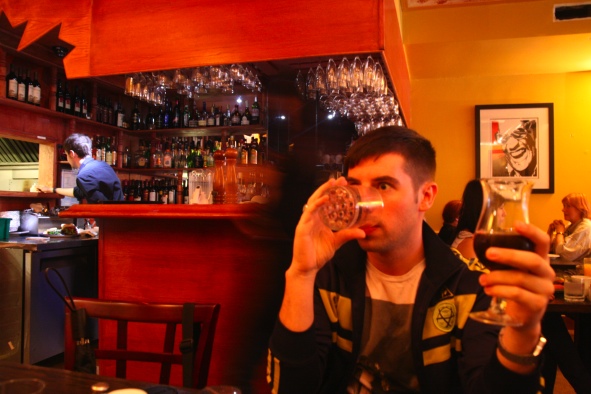 We ordered our food, and what came verged on the miraculous. I had an impressively presented three-poached-egg, (good) sausage, (good) bacon, potato, toast, fruit-for-days breakfast that knocked my socks off... for $6. One of my cohorts had a generous portion of perfectly prepared French toast with caramelized peaches and bacon for $7. Even our server eventually gave up her crank-coma, opting to join in our gleegasm.

I do love it when I can add the following: This place alone was worth the trip. 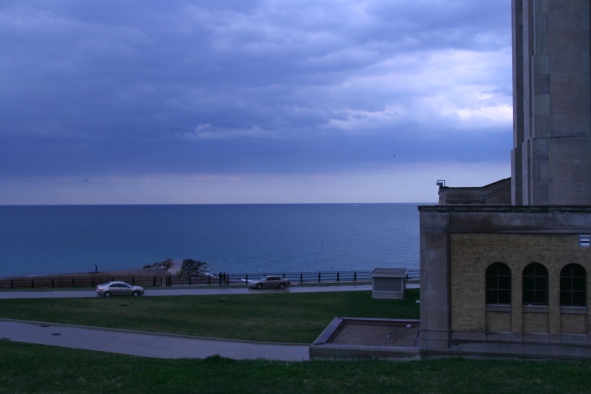 But we had come for majesty, not for gluttony, and so we yawned off the morning hedonism and stepped outside. Seconds from the door of the restaurant we found ourselves in another world - a steampunk dreamland that had an immediate and recognizable effect on us far stronger than the espresso at breakfast. 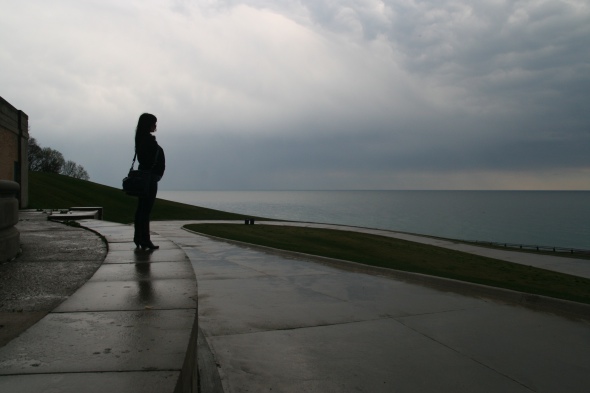 A place can do that to a person. In much the same was that news, drugs and sleep can change our mood, outlook and mindset, a place can affect us.

Standing there, in and around the shadows of this authoritative stone structure, this ridiculous over-wrought, over-achieving public landmark surrounded by swirling air-pressure drops and swells with the lake churning and burbling at its feet, we were altered. Palpably so. It was like we were standing on a movie set but it was real life. Action, romance and drama seemed to be the only possible things that could happen here. 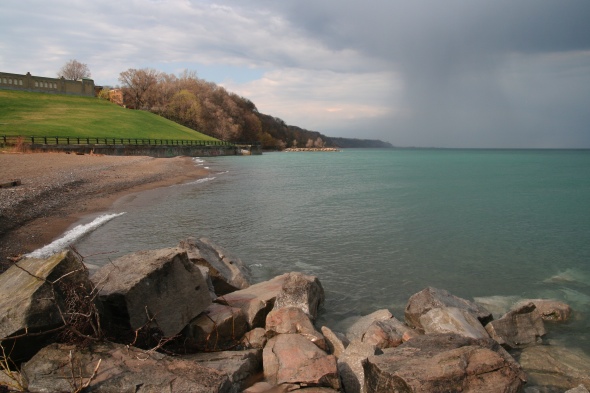 I like visiting places like this for the very same reason I used to dismantle my mother's couch to build forts with my little sister. The place becomes a stage, and just by standing on it we become caught up in our own fantastic dramas.

And the Water Castle is the perfect place for any drama one would need to stage. For example, a battle with your arch nemesis for control of the metropolis would be perfectly accommodated here. Or why not come here to fall in or out of love? Even if you want to lend your dog walk a gothic, historical air, the Water Castle at the end of the Queen Street car is a convenient choice. 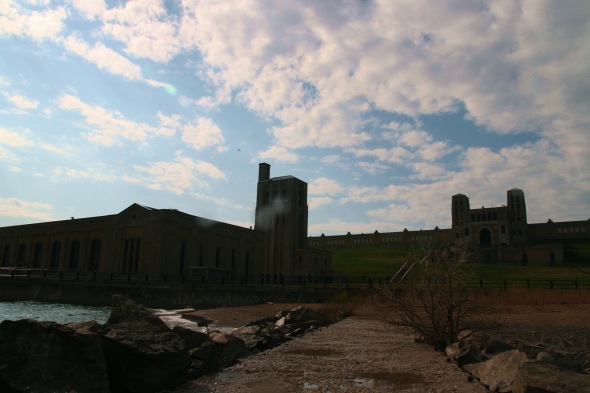