It seems like kitsch is often appreciated only superficially, in a spirit of "irony" or semi-contemptuous amusement. But for many others and often for myself, kitsch is a serious thing; a fine and powerful substance, a key to unlocking nostalgia.

So for us, what could be better than buying Slim Whitman records, VHS tapes, long-forgotten Happy Meal toys, Pez dispensers and weird S&P shakers from a fellow who reminds one of Fred Savage?

Not too dang much, that's what. Or so it seemed to my travel partner and I as we hung out with Matthew, the proprietor of Matthew's Finds (formerly Bob's Antiques and Bygones, or so says the neon sign), a booth at the Fantastic Flea Market in the basement of the Dixie Outlet Mall. 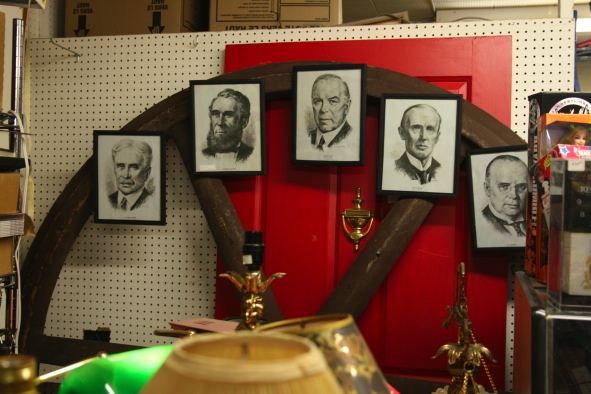 Started by Matthew's grandfather (Bob, presumably), the booth is a sprawling collection of anything and everything, except, Matthew told us, "guns and the sick stuff," by which he meant extreme pornography. Satisfied with my existing collection of the aforementioned contraband, I asked him to show us around a bit.

The first thing he showed us was a wooden wagon wheel of about two meters in diameter from about 1880. It was, to his knowledge, the only one in existence. More remarkable than the size was that Matthew's grandfather and decades worth of customers couldn't explain it. Just what could one possibly do with a wheel that large? "They'd press it into the mud to make a mold for iron wheels," he said, and we believed him. Seven-foot iron wagon wheels, why not? 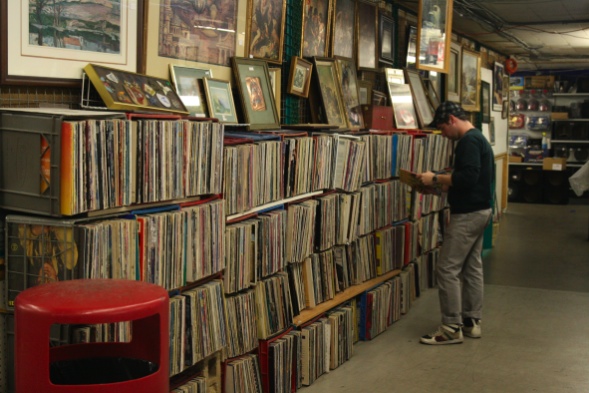 Moving on, he showed us his vinyl records, all 83,000 of them. We didn't notice any limited edition first-pressings of obscure krautrock records or anything, but there were plenty of the standards there, including Slim Whitman, the entire musical output of the 1980s and Harry Belafonte's Jump Up Calypso - in my opinion an essential piece in anyone's summertime collection.

Being firmly planted still in my pre-having-nice-stuff years, I was well turned on by the wide array of unique and mismatched cups and dinnerware. The comics and weird, inexplicable art pieces were also interesting. 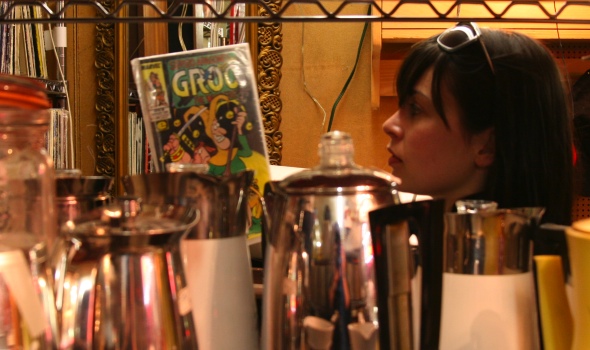 Probably the coolest find, though, was Matthew himself. He was nervous (wanting to see my driver's license when I asked to take some photos), knowledgeable, and seemed to have a real appreciation for his work.

And, yeah, he definitely reminded us of Fred Savage, which gave us a doubly-nostalgic feeling, like watching re-runs of The Wonder Years while sitting in your grandmother's attic. 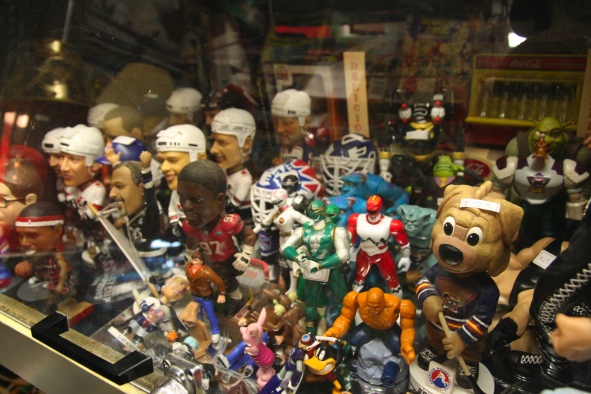 Scanning the rest of the flea market we found plenty of other interesting stuff, though nothing quite topped Matthew's Finds. Most of the front-end of the market is dedicated to cell-phone booths doing brisk business, but as we wandered deeper, the goods as well as the proprietors got older and more interesting.

Walking through the aisles, every second booth we saw sold Chinese-built novelty swords or daggers, and we debated a long while about who exactly would buy them. Only kids, we concluded, would want to buy them, but what parent is going to give their child a 3-foot broadsword? We also noticed that there seemed to be an inordinate amount of Nazi relics, though none of the vendors of these items would let me take photos.

When asking the price of certain objects, my travel partner and I received entirely different quotes, and one vendor, obviously hip to some upcoming analogue-fetish market, had a VHS tape of Wayne's World on sale for $32.

A mutual friend had tipped us off to the Fantastic Flea Market, and we caught almost every highlight he had mentioned to us, save for the following, which he enjoyed on his last trip: an inept magic show, a woman burning DVDs to order, and a booth with nothing more than a couch where one could pay $5 to sit and play X-Box. Next time, Gadget, next time!