The SummerWorks Performance Festival reached new heights last year with a diverse and innovative slate of performances on stage, during live art sessions and at the performance bar. This year, the festival looks to continue that growth with a new crop of work from local and international artists.

Here's a snapshot of highlights at this year's festival:

7 Important Things / Theatre Passe Muraille Mainspace / Page 24
STO Union and The National Arts Centre present 7 Important Things, which, by the sounds of it, is a performance that's hard to pin down — it's part conversation, part dialogue, part list, and part rumination. Nadia Ross and George Acheson consider how exactly one lives in a society for which they feel no general affinity. If we're shaped by the political and social movements around us, how do you place yourself amidst the collective if the person you vote for never ever gets elected?

Delicacy / Lower Ossington Theatre / Page 26
With all the new condos on the Toronto skyline, there are bound to be scenes like those from Delicacy taking place in glass boxes around the city. An encounter at a sex club inspires a Yorkville couple to invite their frisky counterparts back for round two. Playwright Kat Sandler pulls back the curtains in this look at our constantly evolving notions of marriage, monogamy, and sex.

How Can I Forget? / Lower Ossington Theatre / Page 31
New in 2013, SummerWorks presents its Artist-in-Residence programme, which supports artists with a three-week development period of their work in the lead up to the festival. The artists in this inaugural year are Sook-Yin Lee, Benjamin Kamino, and Adam Litovitz who have been collaborating on How Can I Forget? The performance considers memory and the act of remembering through prose, movement, and multimedia.

Late Company / Lower Ossington Theatre Studio / Page 32
Two couples meet a year after a tragedy that has touched them both only to find that wounds still run deep and that time has not yet mended the damage. Jordan Tannahill's play was the winner of the Enbridge playRites Award and Uprising National Playwriting Competition. It features Rosemary Dunsmore, Richard Greenblatt, Paul Fauteux, Mark Correia, and Fiona Highet. 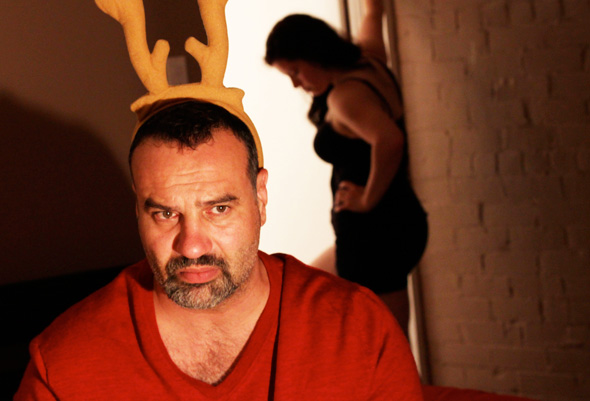 Murderers Confess at Christmastime / Lower Ossington Theatre / Page 34
Outside the March has been a SummerWorks stand out of late with past hits Terminus and Mr. Marmalade. Their eagerly anticipated followup, Murderers Confess at Christmastime, features a three part storyline: the joyous spirit of the holidays turns overwhelming for a doped up housewife, an office worker's love goes unrequited, and an obsession develops between a cross-dressing kidnapper and his most recent snatch.

SchÃ¼tzen / Scotiabank Studio Theatre / Page 37
SummerWorks' International series plays host to Germany's SchÃ¼tzen, an examination of our contemporary practices of war. Having conducted research with American drone pilots in Nevada, the Israeli Army in Tel Aviv and with gun enthusiasts at a shooting range in Berlin, Cecilie Ullerup Schmidt considers the act of killing and how it affects the body, physically and psychologically.

Tender Napalm / Theatre Passe Muraille Backspace / Page 38
Philip Ridley's explosive and provocative play penetrates the loaded language of love. His subject isn't exactly the love of meadows and frolicking but the down and dirty violence of barring soul to another human being. This two-hander promises to be one of the more in-your-face productions of the festival, in which the playground of sexual intimacy is rife with landmines.

The Life of Jude / Theatre Passe Muraille Mainspace / Page 39
Religion, militarism, and corporate greed are all tied up in the battlefield politics of Alex Poch Goldin's The Life of Jude. When conflict between a water corporation, a military garrison and the local church reaches a climax, a young priest gathers his fellow citizens together to fight for justice. Director David Ferry and a cast of 21 bring this sweeping narrative to life with live music inspired by gospel, blues, and Kurt Weill. 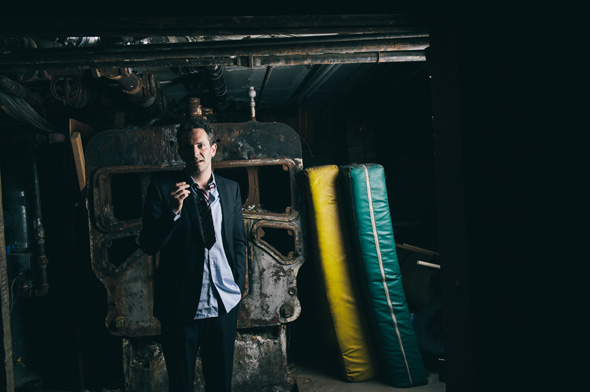 The Art of Building a Bunker... / Scotiabank Studio Theatre / Page 38
Creators Adam Lazarus and Guillermo Verdecchia profile a week in the life an average Joe with the not so average name of Elvis. While on the surface Elvis maintains a fairly normal home life, what he gets up to in the basement isn't exactly what you'd expect. The full title of the performance must be appreciated in all its glory: The Art of Building a Bunker or Paddling the Canoe of My Self Down the River of Inclusivity and Into the Ass of the World.

This Wide Night / Factory Theatre Mainspace / Page 39
Produced in association with Elizabeth Fry Toronto, the city's community support network for women who have been or are at risk of being in conflict with the law, This Wide Night consider how life continues after a prison sentence ends. The two-hander, directed by Kelli Fox, stars Maggie Blake and Kristen Thomson in a tenuous relationship haunted by actions of the past.

SummerWorks has many more promising shows above and beyond the ten listed above. Here are six others that deserve a second look: Final Savage Land, How to Disappear Completely, iShow, Purgatory In Ingleton, Show and Tell Alexander Bell, Family Story

Download a SummerWorks Performance Festival to plan your own viewing schedule.